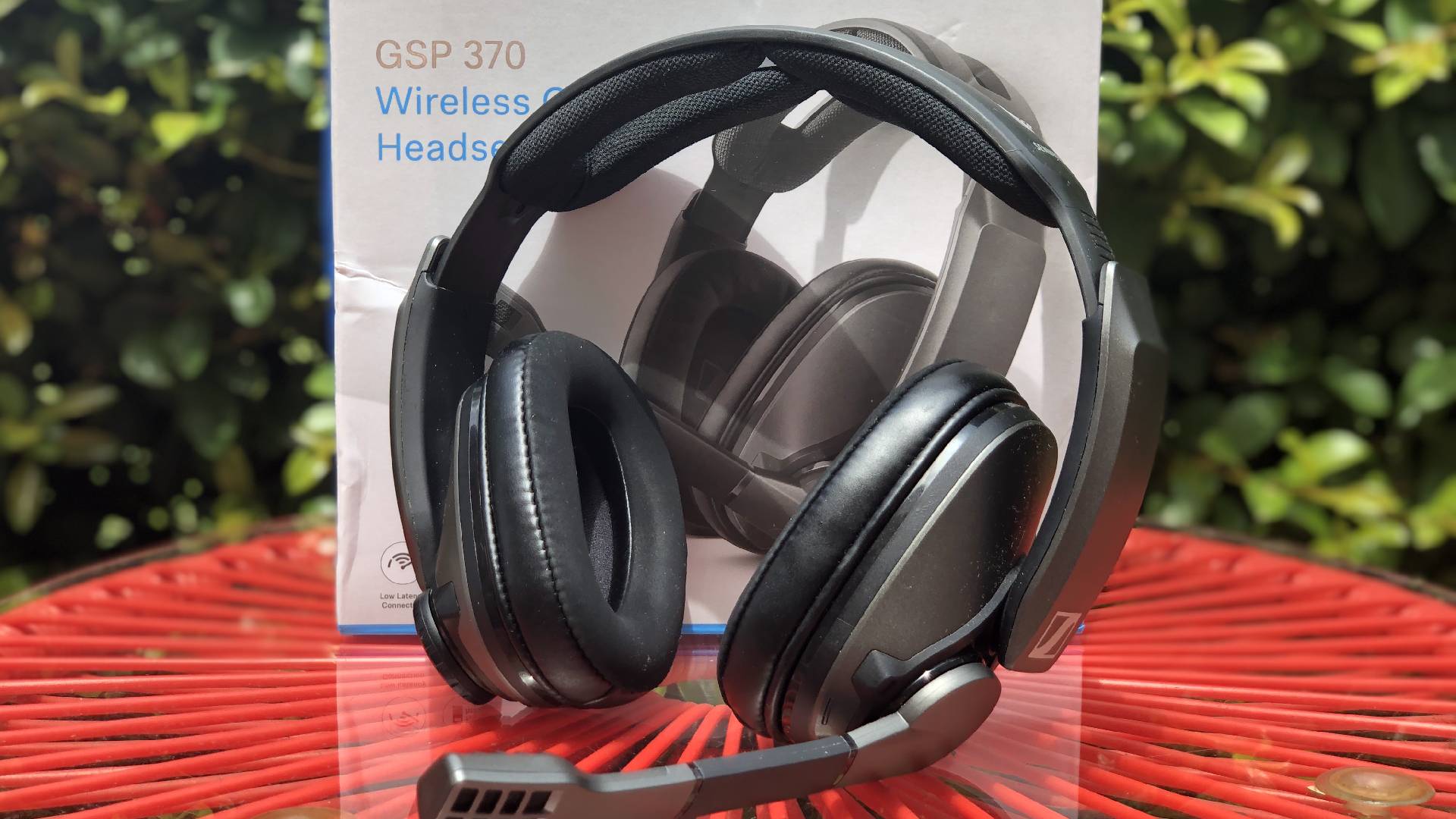 Headset reviews have become a bit of a specialty for me. In my time as a part of WellPlayed (and DYEGB) I have had to opportunity to review a number of gaming headsets, which has allowed me to be a little more ‘brushed up’ with audio tech in general. One of the more disappointing headsets that I’ve reviewed in that time was the Sennheiser GSP 670 Wireless. While not exactly bad, it gave the impression that punters were paying for the Sennheiser name over actual product quality. The GSP 670 was reasonably comfortable, had decent sound quality in its speakers and felt sturdy enough to not just fall apart after a year or two of use (*stares intensely at a pair of Turtle Beach cans that have practically collapsed*). However, it was insanely expensive, the battery life wasn’t the best and the mic quality left quite a lot to be desired given the price. It’s not unheard of for manufacturers to make improvements on products after some criticism and Sennheiser is no exception. I’ve found myself with the opportunity to review their latest effort, the GSP 370 Wireless headphones, which hit an excellent point of comfort, speaker quality, rigidity and mic quality at a much more affordable price while also making some much-appreciated quality of life improvements.

To kick things off we’ll start with what is included in the box and the specifications of the headset itself. Much like the GSP 670, inside the box are just a few things – the headset, a USB-A dongle and a micro USB cable for charging the headset which is approximately one and a half metres in length. The headset itself has noticeably less moving parts than its predecessor and it goes to show that less is more. Rather than using a dial to determine the volume as well as the on/off state, the GSP 370 has a switch that toggles between the on/off states for the headset, leaving the dial to solely manage the volume levels. The GSP 370 can connect to just about anything with a USB port…except the Xbox One and Nintendo Switch. This means that all manner of computers, including Mac, can use the Sennheiser GSP 370 as well as the PlayStation 4. Given that I don’t even know where my Xbox One is any more, this is perfect for me but I do feel for our readers that choose the Xbox One as their primary platform for gaming – this one just isn’t for you. When using the GSP 370 on PC the transition was rather seamless. The dial, which is placed on the right-hand side of the headset, has a very satisfying and tactile click that allows the user to properly gauge when they are making changes to their levels and by how much (each click is the equivalent of a 2% volume change in Windows).

In terms of audio quality, the GSP 370 knocks it out of the park. Featuring a frequency range of 20-20 000mhz, the speakers that are outfitted on the 370s are robust and capable of handling anything that you might throw at it (I don’t recommend actually throwing things at it as that method proved to be rather ineffective). Add to this the insulated cups which isolate the audio much more and you have an impressive level of clarity and a surprisingly great level of breathability, due in part to the memory foam padding and the suede-like lining on the inside of the cup. A lot of these positives are actually shared between the 370 and 670, so it’s good to see Sennheiser learning from their own achievements as well.

Where the 370 manages to separate itself from the 670, for me at least, is with sustained comfortability. The GSP 670 had downwards pressure on the earcups which meant that after prolonged use it could become a bit tiresome to wear. The pressure exerted from the GSP 370, as minimal as it may be, is more from the actual headband rather than from tension in the hinges. While this doesn’t sound like a significant change, the headband is able to evenly distribute pressure across your head rather than just your ears and it doesn’t do it in a way that leaves you sore. I’ve been able to wear the GSP 370 just fine and, at some points, I even forgot I had it on. Yes, I know that’s a bit of a silly statement to make but the weight of the headset is perfectly balanced with the mounting pressure to be as comfortable as possible and it certainly achieves this with flying colours – this is all without having the sliders to change the direction of the mounting pressure that the 670 had. The inside of the headband is also fitted with split cushion padding which helps with distributing the pressure evenly.

Mounting pressure and audio quality aren’t the only really strong positives that the GSP 370 features. A common point of criticism for a lot of headsets, the GSP 670 included, is a battery life that leaves a bit to be desired. Out of all the wireless headsets I’ve used, I have found myself needing to charge them quite regularly, including the set of RS-175 wireless headphones that I normally use. The GSP 370s however, are…well, they’re bloody excellent. With everyday use ranging from six to ten hours, I managed to get a little over two weeks on the headset before needing to recharge, and that is including on a couple of nights where I forgot to turn them off. The box boasts a 100-hour battery life and it can certainly back up that claim. Naturally, the longer you have the headset the lower the lifespan will be but it’s still an exceptional battery life and by far the best I have ever experienced. When you factor in the power and quality of the speakers that it drives, you have to assume there are some sneaky features that minimise battery usage while no audio is being transmitted.

Unfortunately, the mic quality isn’t much different to the GSP 670, but with a significantly cheaper price point it is far more forgivable, and when you look at the package as a whole the GSP 370 offers a far more balanced experience. It still can’t even hold a candle to my usual microphone but, for a gaming headset, the mic quality serves its purpose just fine. General users will be quite happy with the simple and easy functionality of the microphone on the GSP 370 – just pull the microphone down or up to turn it on or off, respectively. It features a frequency range of 100-6300 mhz which is slightly less robust than the 670, boasting a range of 10-7300 mhz. This means that it won’t handle some really low-frequency sounds and some high-end frequencies aren’t handled quite as well. If you’re a content creator of some sort that wishes to use a headset microphone for recording I wouldn’t really recommend this headset and mic. It’s not exactly bad but there are some better mics around.

So while the GSP 370 wireless headset is by no means a perfect product, you can easily tell where Sennheiser has learned from their previous attempts at bringing their high-quality audio standards to the gaming space. The GSP 670 was their first attempt at a wireless gaming headset and it was admittedly quite a flawed headset, but that’s okay. The GSP 370 is Sennheiser stepping up, listening to the criticisms levelled against their previous product and improving on it in just about every facet. For the price point of $349.95 AUD, I can quite comfortably recommend the GSP 370 headset for PC and PS4 players alike. Now I must leave to continue playing Troll and I.

In this article:Best for listening to the wellplayed DLC podcast, GSP 370 Wireless, Hardware Review, Like sex in your ears, Sennheiser