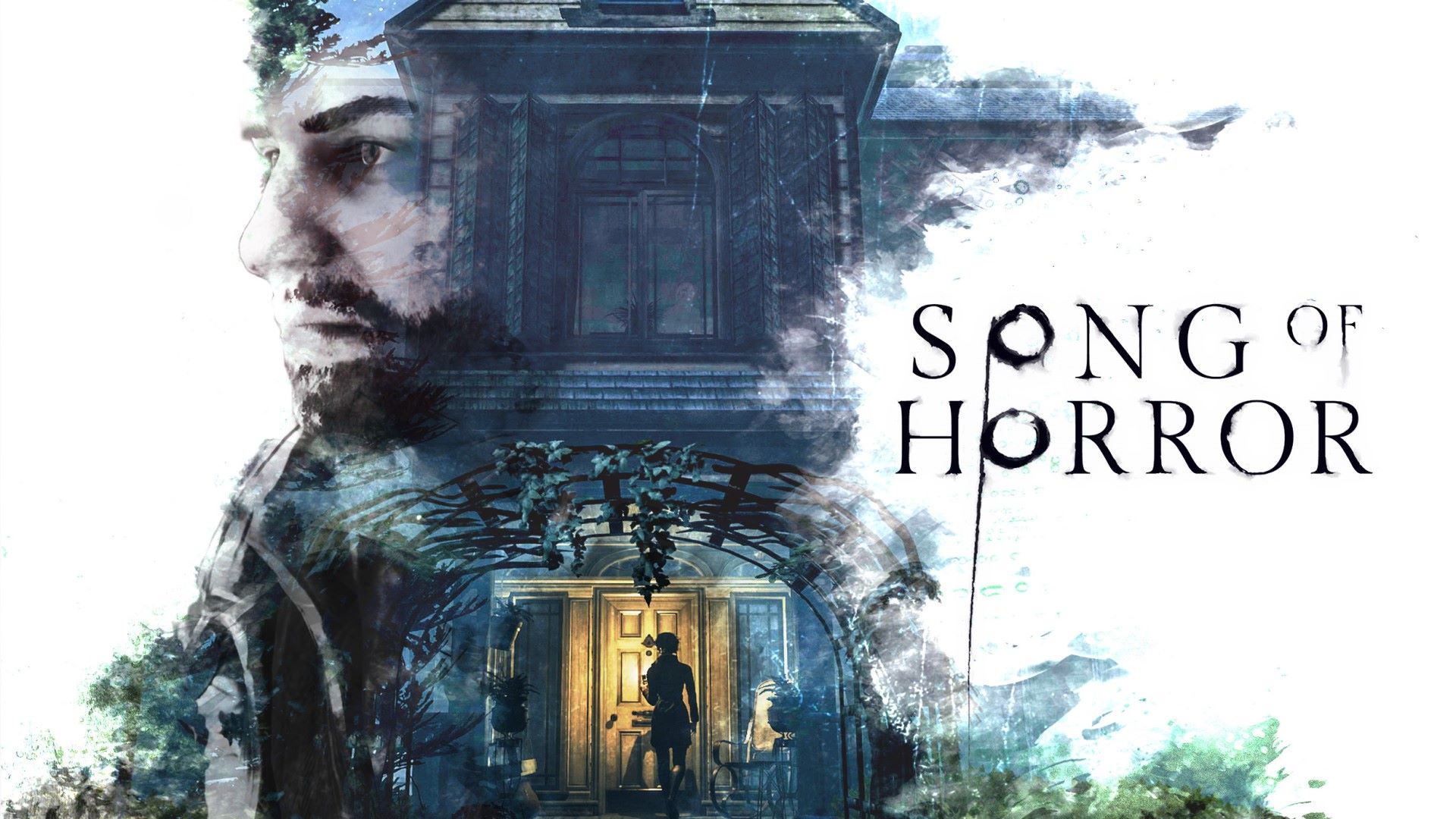 Over the last few years the indie market has been flooded with horror games that have largely followed the same formula with varying results. That’s why it’s more important than ever to make sure your game has a hook that makes it stand out above the rest, and whether it’s a story or gameplay hook is up to the creative juices that power the indie studios. Song of Horror is a game that instantly caught my attention. It’s an episodic horror game that taps into the roots of survival horror while adding its own flavour thanks to the addition of permadeath and an intriguing story that has many playable characters. But does its unique concept pay off or does its old-school design hinder its execution?

The story of Song of Horror centres around Daniel Noyer, a book publisher publicist who goes searching for a missing client, author Sebastian Husher, only to discover that Husher has stumbled upon an ancient curse known as The Presence that threatens to consume everyone who comes into contact with its…presence. Throughout the game’s five episodes, Daniel and those involved must uncover the origins of the curse to put an end to it and save their own lives. Given it’s influenced by some of horror’s most revered authors (H.P. Lovecraft, Edgar Allan Poe etc.), it’s unsurprising that the story contains themes often found in their works, I mean what’s a horror game without Lovecraftian elements these days?

At the beginning of each episode you choose from one of the playable characters, all of who have their own traits, special item and lighting source (more on those later). Not every episode features the same characters (except for Daniel), although some may feature in multiple episodes, which depends on whether they’ve survived in previous episodes.

The five episodes take place in five different locations: Husher’s mansion, an antique store, a university, a dilapidated abbey, and an abandoned mental asylum, all of which are expertly designed and detailed to squeeze out as much atmosphere as possible. The clear standouts for me were the antique store (Episode 2) and the abbey (Episode 4), after all we’ve done mansions and mental asylums endless times before. All five episodes were individually good though, and it was impressive that Protocol Games could replicate the same level of atmospheric immersion across the five different locations.

Daniel Noyer – the man who must not die

When it comes to atmosphere, there are very few horror games in recent years that have managed to capture and instil such trepidation as effectively as Protocol Games has here. One of the best elements is that it doesn’t rely heavily on jump scares, instead the game creates a perpetual sense of dread and apprehension, so you never know when you’ll need to fight for your life, which means that when the game does throw a jump scare in, it is used effectively and doesn’t feel cheap. The atmosphere is enhanced by an incredibly apt soundscape. There are times when it’s quiet with only the environmental sounds accompanying you, while other times the game will be backed by a haunting piano score. It’s hard to convey in words just how good this game’s atmosphere is, but I’d easily say it’s one of the best horror atmospheres I’ve experienced.

Backed by fixed cameras and puzzle mechanics that harken back to the formative years of survival horror, Song of Horror is a game that doesn’t hide its influences or overcomplicate its gameplay nuances. Players will walk around and explore locations, interacting with items, whether at a cursory level or a deeper level as some items may have a use beyond their initial design (such as acquiring a syringe for its needle), as well as doing your best to keep your characters alive, which is far from easy.

In order to stay alive, players will need to listen to what’s behind every door they enter (done so by holding the mapped button), audible cues will tell you whether it’s safe to enter or not – sometimes you simply need to wait for the danger to pass, while other times rooms may be permanent death traps. Once you’ve entered a room that is deemed safe, the listen icon will vanish from that door and will only return if it becomes dangerous to enter again – which is usually for a brief period after one of the minigames. A lack of awareness can easily lead to a frustrating death, something which I was guilty of more than once.

The minigames are essentially a brief battle with The Presence, and each episode introduces a new variation that throws up a new challenge. In the earlier episodes these include things like having to force a door shut by pushing a bottom combo, finding a hiding spot and controlling your heart rate, or controlling your breathing to keep quiet, while the later episodes will require you save yourself from being dragged into the abyss or consumed by a reaper. These are largely where your character’s traits will come into play. For example a player with higher strength rating will shut doors faster or a player with a higher stealth rating can potentially trigger less minigames. For the most part the minigames are spaced well enough apart that they don’t feel overused, but in the later episodes the novelty starts to wear off as the challenge becomes a bit easier, and as a result they can end up becoming more of a pain than a tension-inducing mechanic if you get one of the easier ones.

It’s hard to convey in words just how good this game’s atmosphere is, but I’d easily say it’s one of the best horror atmospheres I’ve experienced

The game’s puzzle design will definitely give seasoned puzzlers a challenge, with some of the puzzles some of the hardest I’ve had in a horror game. Solving these will require you to pay attention to your surroundings and the notes you find laying around. They can be as simple as finding a crank to open a trap door or more mentally taxing such as finding the solution to a chemical formula or arranging projector slides in the correct order. But while I like a good challenge, there are occasions where the puzzle solutions feel too obscure and end up grinding the story to a halt.

Now on paper permadeath sounds like a great idea for a horror game, and for the most part it does help crank the tension up a whole other level, but when you’ve fallen victim to the game’s permadeath and lose hours of progress, replaying sections feels like a tedious slog and can kill any momentum or tension the game has built. It may seem slightly unfair to criticise the game for something that is largely the player’s fault, however there are times where the game coerces you into a cheap death. There are moments when the player must make a decision whether to engage with an item or not (will you do X), whereby doing so may result in your character’s death. The frustrating thing is that there’s often no real way to know for sure whether this will kill your character, even more so when it kills one character but not another. It’s a feature that is likely to put off a number of players, something that Protocol Games acknowledged midway through the game’s release and rectified by adding a permadeath-free difficulty after the fifth episode’s release. Speaking of difficulty, one very cool feature is the game’s difficulty levels are named after famous horror authors, a neat little way to avoid the standard labels.

Each episode lasts around five hours except for the final episode which comes in at about three hours. Of course, this runtime depends on how quickly you solve the puzzles and whether you fall victim to the game’s permadeath. It’s a long investment for a horror game but one that earns its longevity with its interesting story and locales, which is why it’s such a disappointment that the ending is a bit of a fizzer. The ending isn’t bad, it’s just that after spending more than 30 hours solving riddles and escaping hellish entities, I expected a little more of a payoff.

The one glaring flaw is the clunky and sometimes awful controls, making movement, interacting and solving puzzles a tiresome affair at times. It could be the corollary of the fixed camera angles or the want to fully replicate the old-school survival horror experience, but there was a plethora of times where I was cursing the controls.

The fixed cameras are a nice touch, but the controls are often not

While the narrative may have underdelivered and the puzzles sometimes border on obscurity, Song of Horror delivers a strong traditional survival horror experience. Featuring some of the best atmosphere design the genre has ever seen it’s a must-play for those who grew up during the glory days of Resident Evil and Silent Hill, while those who are used to more modern gameplay design may take some time to warm to its old-school charm. 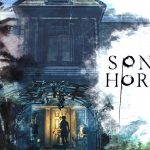 Song of Horror Review
Quit Playing Games With My Heart
Featuring an incredibly chilling atmosphere, Song of Horror is a must-play for old-school survival horror enthusiasts
The Good
Incredible atmosphere
Good use of jump scares
Permadeath increases the tension
Most puzzles have a good challenge
Intriguing story
The Bad
Controls are frustratingly clunky
Underwhelming ending
Some puzzles are too obscure
8
Get Around It

Song of Horror Review
Quit Playing Games With My Heart
Featuring an incredibly chilling atmosphere, Song of Horror is a must-play for old-school survival horror enthusiasts
The Good
Incredible atmosphere
Good use of jump scares
Permadeath increases the tension
Most puzzles have a good challenge
Intriguing story
The Bad
Controls are frustratingly clunky
Underwhelming ending
Some puzzles are too obscure
8
Get Around It
In this article:episodic, Horror, old school, protocol games, raiser games, song of horror