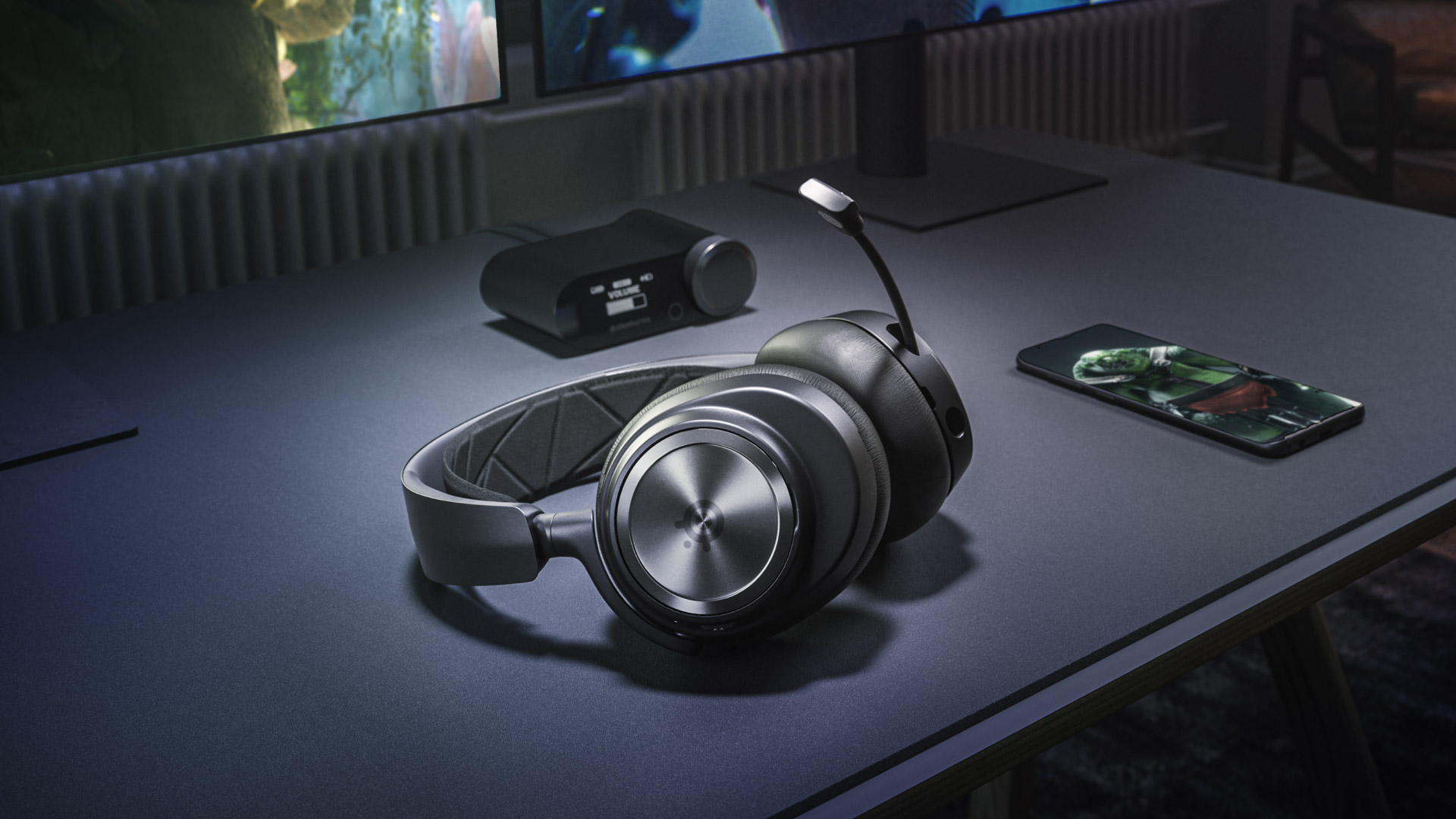 Gaming peripheral juggernaut SteelSeries has announced the Arctis Nova Pro headset series, the successor to its popular and award-winning Arctis range, which is set to launch on May 25.

The Arctis Nova Pro series enters the market with two models: the Arctis Nova Pro and the Arctis Nova Pro Wireless, with both featuring high fidelity audio (which also supports the PS5’s 3D Tempest audio), ClearCast microphone noise cancellation, USB-C charging, and a Digital Audio Controller (DAC) that allows users to change audio settings at the touch of a button.

The Arctis Nova Pro Wireless has additional perks such as active noise cancelling, dual connectivity (DAC wireless and Bluetooth), two interchangeable batteries that each give 22 hours of use and can be charged via the DAC, and dual audio which gives players the ability to take calls or use their mobile phone for game chat, or simply listen to music while gaming.

Both models also feature multi-system compatibility, which will allow users to use their headset on either PC, PlayStation or Nintendo consoles, while the Xbox variant is the only model that will support Xbox consoles (as well as all others).

Thanks to SteelSeries’ new Sonar Audio Suite (for PC players only), the Arctis Nova Pro series not only represents a new level of high fidelity audio and immersion thanks to the Sonar-powered 360 degree Spatial Audio but also offers a new level of customisation, with the Sonar Audio Suite giving players the ability to tailor their aural experience like never before thanks to Sonar’s parametric equaliser.

Using the Sonar Audio Suite, users will be able to select from a range of preset EQs for games such as Apex Legends, Escape from Tarkov, CS: GO, Fortnite and more that have been curated to give you the best advantage, as well as to hear what matters most. Users will also be able to tinker with chat and microphone settings and presets, to find a balance that works best for any given session.

The Sonar Audio Suite will be free for all users to download, however there will be some features such as microphone active noise cancelling available only to owners of the Nova Pro series.

SteelSeries CEO Ehtisham Rabbani had this to say when talking about the company’s latest launch:

“Today we usher in a new era of gaming audio with the launch of the Arctis Nova Pro series and the Sonar Audio Software Suite. We are truly excited to empower gamers, provide them with a competitive edge, and have them experience pure Hi-Fidelity acoustics in gaming.”

I’ve been using the Arctis Nova Pro for a little under a week, and while it’s only early days, so far the experience has been great. I’ll have a full review up in the coming weeks.

The Arctis Nova Pro series will launch on May 25 via the SteelSeries website, while a retail presence is not expected for a couple of months. If you are looking to grab one online from SteelSeries, you can use our good friend SkillUp’s code (SKILLUP) for 12% off.

What do you make of the SteelSeries Arctis Nova Pro headsets? Let us know in the comments or on social media.