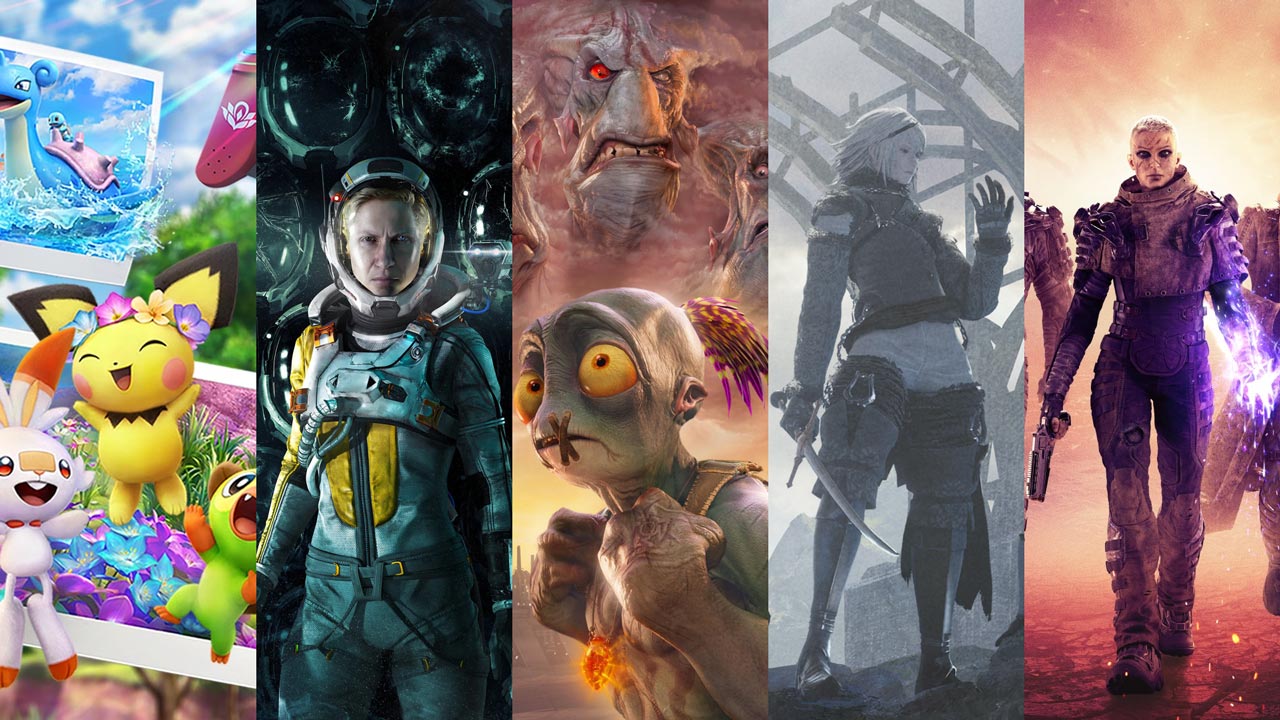 April Fool’s Day has come and gone, with a disappointing lack of Half-Life 3 reveals. There’s not a whole lot going on this month, no doubt for fear of being eclipsed by critical darling Terminator: Resistance, being enhanced exclusively for PS5. Oh wait, that game was terrible. Perhaps it’s a peace offering for the $75 disparity between the price of Outriders on PlayStation versus GamePass. Terrible peace offering, really. Still, these jorts are made for tightening, and that’s just what they’ll do…

Not content being my most anticipated month of gaming in 2021, April has gone and perfectly bookended itself with the two heaviest hitters on my gaming calendar. Not wanting to waste any time, the month kicks off with Outriders, a third-person RPG that I’ve been eager to get my hands on for the longest time. The demo that dropped in February was either going to tank my excitement or double it and let me tell you, it definitely didn’t nosedive. The gritty setting and cool gear would be enough to reel me in, but those combat abilities really manage to butter my biscuit. If I can drag myself away from Outriders for a minute I’ll be able to enjoy a quick blast from the past with Star Wars: Republic Commandos coming to PS4 and Switch, but even if I manage to get it downloaded my time with it will be fleeting. That’s thanks to Returnal, the Housemarque-developed roguelike that dug its claws into me with its announcement trailer and hasn’t let go since. I honestly think that Returnal might be the most jort-tightening game of 2021 for me and I almost can’t believe that it’s within reach. You’ll be a time-sapping month, April, and I look forward to giving up that time willingly.

Things are starting to heat up in KV’s jorts, let me tell you. April has already started quite strong with Outriders, a game that I’ve been keen to check out but probably won’t drop cash on until some of the jank present in the demo is ironed out. Then next week we finally get Oddworld: Soulstorm, which is a pretty big deal for everyone who grew up with Abe’s anti-capitalist adventures. There’s a tiny bit of a lull in the middle of the month where I might finally give Final Fantasy XIV a fair go with its PS5 release, but then the deluge begins… Judgment for nu-gen consoles. NieR: Replicant ver.1.22474487139…, which I’ve previewed and written about here. Returnal, the next big PS5 exclusive and one that looks endlessly fucking cool, and then New Pokémon Snap?! Best pull on my safari jorts ’cause the ones I’m wearing now are ruined.

March was crazy in terms of releases for me so I have been looking forward to a quieter month and April seems to be just that. With one of my dream games getting delayed a few months I only have one left in the form of New Pokémon Snap, which is definitely a pretty looking game; I can see all the ASMR videos now. I have a suspicion that whenever I need to chill this will be my go-to title, and with how much I am enjoying taking photos in Monster Hunter Rise I’m pretty sure I’m going to be obsessed with this much awaited Pokémon spin-off sequel.