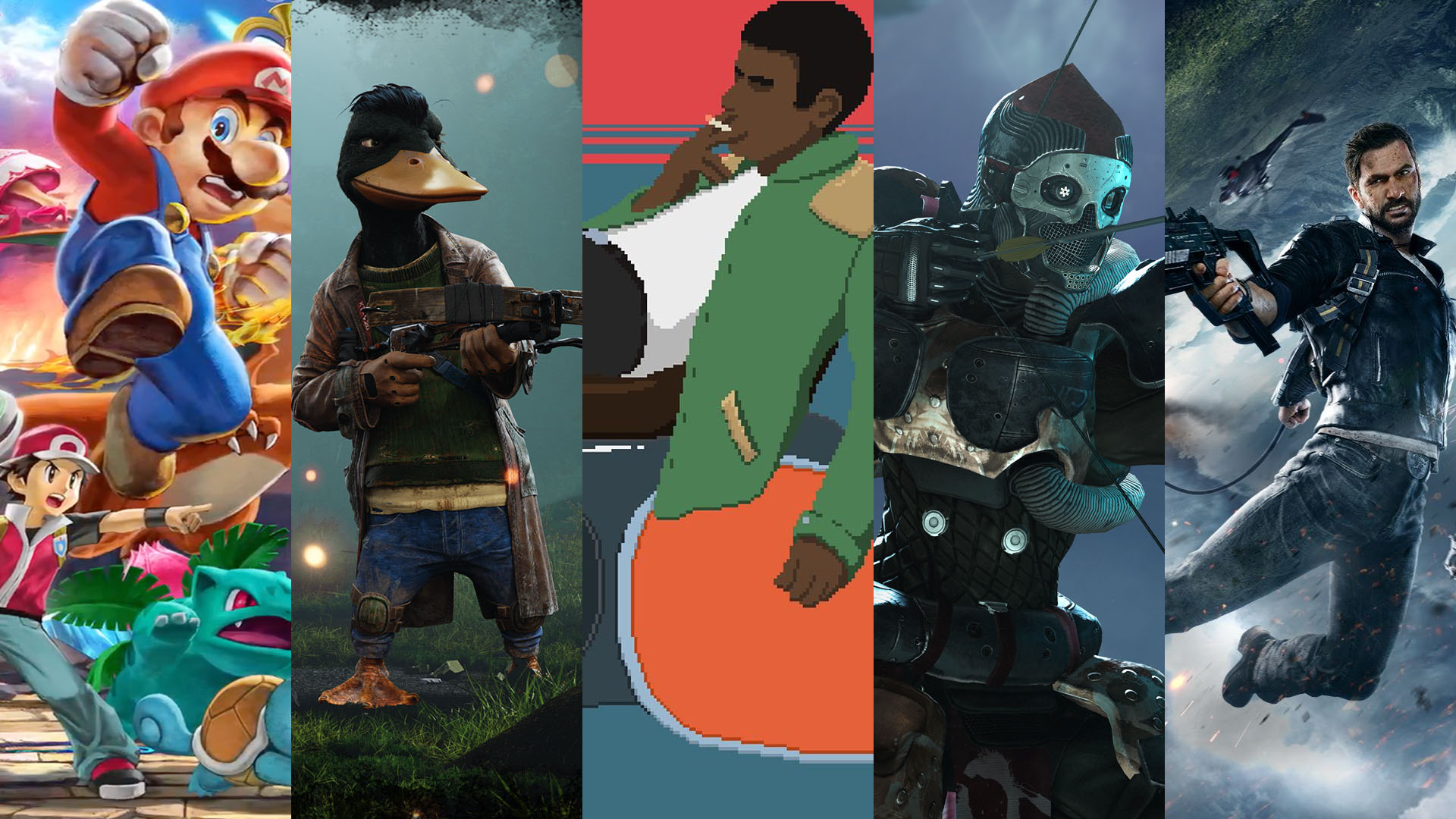 You’d be forgiven for thinking that the year would just sort of pack itself up and walk out of the door after the monumental release of Grand Theft Horse and Cart, but that’s just not how gaming works. A love of gaming demands you open your hearts and wallets all year round, and with Christmas coming we’ll all being looking to fill that empty spot in our soulsstockings with as many shiny things as possible. So what’s got the WellPlayed team believing in the magic of the man with the big red sack?

I think it’s safe to say that it’s been a stacked few months for top-notch game releases, but it finally looks to be slowing down now (at least before another onslaught in Q1 2019). That doesn’t mean there’s nothing worth playing in December though, far from it.

Leading the charge in games that pitch my tent this month is not one, not two, but three Persona dancing games. The brand new Persona 5: Dancing in Starlight and Persona 3: Dancing in Moonlight hit the PS4 (alongside a port of the PS Vita’s Persona 4: Dancing All Night for those that buy the fancy version), which makes for a hell of a lot of JRPG/visual novel/rhythm game crossover action. Oh, and let’s not forget that Just Cause 4, Thronebreaker: The Witcher Tales and Mutant Year Zero: Road to Eden all come out on that same day. Why so top-heavy, December?

If I ever manage to get through all that, I’m also pretty keen to check out Earth Defense Force 5 and Desert Child. Let’s face it though, I’ll probably still just be rocking my arse-less jorts and playing Red Dead Online.

It’s been a while since I’ve expressed how tight my jorts were for some games. Thankfully December isn’t without its interesting releases and so my jorts are getting some use after all.

First up is Just Cause 4. To be perfectly honest, the only reason I’m interested in Just Cause 4 is because I just want a game to be stupid in and I was too apprehensive about the previous game’s mixed reception to actually pick it up. Outside of that, I haven’t really given it much of a look, but one of my favourite games to mess around with when I was younger was Mercenaries 2 and watching some footage of the Just Cause games gave me some serious Mercenaries 2 vibes. There’s also the obligatory Super Smash Bros. Ultimate. I’m more or less interested in this so I have something to buy for my Switch. Right now the only games I really play on my Switch are Monster Hunter Generations Ultimate and Warframe.

The big one for me this month, however, is Destiny 2: Black Armory (I hate spelling it that way) as I was very impressed with what Bungie delivered in Forsaken. Whilst there are a few issues with the core game design that do annoy me, Forsaken has put Bungie and Destiny 2 in a much better spot than previously anticipated. If they keep this up with Black Armory (the first DLC in the ludicrous ‘annual pass’) then perhaps Destiny 2 can truly recover from its image problems brought about by its not-so-stellar initial release and first two content drops.

I’m also keen to see how the PS4 community receives Warhammer: Vermintide II. The game is really fun, especially with friends, though at some of the higher difficulties, communication is key and understanding when and where to block. Lastly, there is Forza Horizon 4: Fortune Island. There’s not a lot to say about this. Forza Horizon 4 is a really good game and I’ll happily take any additional content.

As the year comes to a close, I’m kind of glad that December isn’t stacked with high profile releases like the last few months. But nonetheless, there are still a few that have me excited.

I’m a sucker for rhythm games, so the release of Persona 5: Dancing in Starlight and Persona 3: Dancing in Moonlight should hit the spot just right. The music of the Persona franchise has always been a standout for me, so an entire game focused completely on that has me ready to start tapping away at some funky jazz beats.

So I never grew up with a Nintendo home console, so I feel as though I’ve missed out on quality sibling disputes over fights in Super Smash Bros. Now though I can catch up for lost time in Super Smash Bros. Ultimate, playing some messed up drinking game with my friends while getting my arse beat in Smash because I’m an adult now and I can do that. #JusticeForWaluigi

It took three words for Desert Child to get my attention. This Kickstarter game has an awesome retro visual style and an equally as aesthetic soundtrack. This should act as a good palate cleanse as I finish exploring and robbing trains in Red Dead Redemption 2.

I was going to round out my jorts talk with Elder Scroll: Blades, but the Elder Scrolls Twitter announced that it is coming out early 2019. Todd Howard, I’m blaming you directly for me not having an easier way to play Elder Scrolls on the toilet.

December is looking like a good month to catch up on some backlog. Between the likes of Hitman 2 and Yakuza Kiwami 2, there is plenty to look forward to after a monstrous October and November period. Nonetheless there is one major title I am looking forward to playing with my family during Christmas, and that is Super Smash Bros Ultimate. I have always been a fan of the mash-up fighting series ever since the original despite having no interest in the genre itself. It will be the perfect game to play as I visit my ever extending Lebanese family, trying to show all my cousins who’s boss. Bringing back all the characters while bringing some exciting new editions makes Nintendo the real Santa Claus of 2018.

Another game I’m keen to check out this month was one I wasn’t expecting to play a few months back, predominantly because I didn’t even know it existed. What makes Thronebreaker especially mind boggling is that it spins off my favourite video game of all time (The Witcher 3). I am pleased that CD Projekt RED are bringing the critically acclaimed RPG of last month to consoles as I will have more reason to jump back into the world, lore and characters I love so much.

Lastly, Borderlands 2 VR makes its way to book-end PSVR’s outstanding year for 2018. Borderlands 2 was one of my favourite games of last-gen and adding it to PSVR’s library alongside the likes of Skyrim and Resident Evil is going to leave it with an impressive portfolio of big name franchises on the device. I do have some reservations going in like the lack of AIM support, the removal of multiplayer and the technical limitations of the medium though. Moreover, given the fact I’ve played through the game a dozen times means I probably won’t play all the way through, but I’d probably still mess around and run over some Skags.