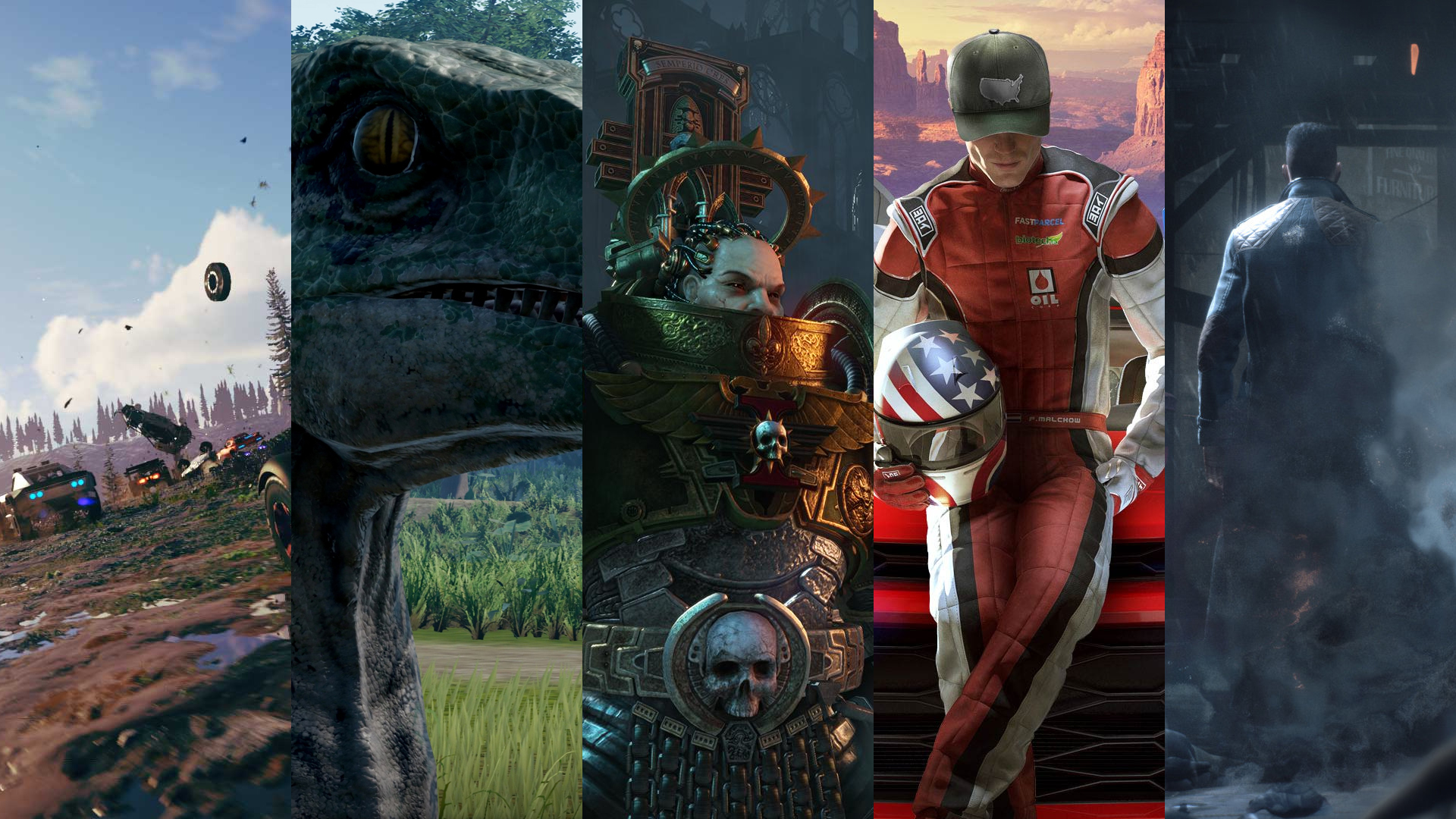 June isn’t packing much in the way of jort destroyers, but it does house one of the biggest gaming conventions on Earth: EA Play E3. If there’s one thing better than playing games, it’s getting up super early in the morning to listen to people talk about games you can’t play yet (or in the case of the FFVII remake, ever). So what’s got the WellPlayed team’s chins wagging and denim stretching this month?

Unlike my WellPlayed compadres, I think June has a few candidates that can could cause some good old-fashioned middle of the year jort pressure. The month kicks off with a bang with three juicy titles all looking for the first dance on June 5. However, the honour will have to go to DONTNOD’s Vampyr, a game that has been causing all sorts of rips and tears in my medical jorts since it was announced. I’m still unsure if I’ll just feed on everyone or to try and spare as many as lives as possible. Man’s gotta eat you know. Onrush is another title that has got my engine revving. The bombastic racer that’s not really a racer was heaps of fun to play during its beta and reminded me a lot of Burnout. As if that doesn’t get your wheels spinning. Shaq-Fu: A Legend Reborn is the third game releasing on June 5 that I’m pretty keen to check out. I came within a Muggsy Bogues of backing it on Indiegogo when it was first announced. Keen to see Shaq Attack in action once more. Lastly, I’m pretty excited to check out The Crew 2. The first one may have been a mixed bag but I genuinely had fun roaming the open roads of the USA. Plus, it’s got boat racing. You know what that means? Lifejorts.

I’ve triple-reinforced the stitching in my jorts for June, and it’s not for the upcoming games. That’s right, it’s E3 season and if there’s ever a time to test the integrity of my trusty jean shorts against the forces of pure engorged hype, it’s now. That’s not to say that there are no games out in the month that I’m up for though, there are a couple big-hitters that I know I’ll lose many hours to. The idea of running my own dinosaur zoo in Jurassic World Evolution has my flag at full mast, for starters. Then towards the end of the month we’ve got Mario Tennis Aces, which is looking far, far better than any tennis game deserves to be. I&#39;m not a guy for sports but if the big M is involved you can bet I’ll be donning my best tennis jorts and hitting the field, or ring, or wherever tennis happens. As far as anything else goes, Onrush and Vampyr are hard maybes at this point, but I’ll definitely be checking out Shape of the World because you know your boy loves his esoteric indie experiences. Also, LEGO The Incredibles is pretty damned exciting. LEGO, Pixar, video games. If that’s not a holy trinity to rival the one happening in my denims then I don’t know what is.

Even though it’s my birthday this month, the June line-up is pretty slim pickings when it comes to stuff I’m excited about. My jorts may stay a little loose, but at least I’ll have a party hat.

The first cab off the rank is Vampyr. Although I never played Life Is Strange, it looks as though the gang over at DONTNOD may have a pretty slick, blood-fuelled moral dilemma game with some interesting mechanics. I love stories that make you weigh up the consequences between being a decent person and survival.

Next up is a weird little indie game called Haimrik, which looks like a strange 2D action platformer with some odd twists. You play as a medieval scribe, trying to make his way through a dangerous world where words have power. From the looks of it, you can utilise actual text written in-game (Like ‘key’,‘fire’ and ‘jet fuel can’t melt steel beams’) in order to progress.

It’s been a while since I’ve played a park building game and I can think of no better death-filled Disneyland to bring me back. Jurassic World Evolution is set to be a tonne of fun, touching on nostalgia from two eras of my life, one where I spent hours crafting the perfect attractions in Rollercoaster Tycoon and the other, which was obsessing over dinosaurs.

Finally, Re: Legend is slated to come out this month, but it hasn’t been given an official release date. If it does, it’ll hopefully be worth checking out the chibi-style monster-raising JRPG. It sounds a bit like Stardew Valley with its farming, fishing, crafting and village building, which I’m totally on board with. Fingers crossed!

It’s almost tax time, which means I’m stingier with my money than a very stingy person. Unfortunately, we’re not getting many new releases this month as a result of publishers gearing up for E3 and the post-tax months. Nevertheless, jorts are like shoes – you have to fill them with something.

I love F-Zero. I scream, you scream, we all scream because it’s been more than a decade and a half since the last game and Nintendo still won’t deliver. Pokemon GO on the Switch, though? “Tatsumoto-san, you’re a genius. Here are my keys, go to my home and make wild and/or passionate love to my wife.” Futuristic racers are unfortunately a dying breed, with even Wipeout fading into obscurity. Luckily, indie devs are here to pick up the slack (again) with Antigraviator. Promising everything that my body craves for but the Big N won’t bring, it’s absolutely on my list.

Crash Bandicoot is a series I’m particularly bad at concealing the good ol’ ‘tism for, but the N-Sane Trilogy had a flaw more problematic than its piss-poor physics – it wasn’t on the Switch! But now? Now it is. Problem is, I’ll have to buy a pro controller for it. Why? I…I can’t play Crash with a joystick. I confess to being a D-Pad purist…yeah, I can’t play Spyro with one either. The Switch’s D-Pad is fine, but it’s just not the same. I want a proper one.

SPESS MEHRENS! The time for another Warhammer 40,000 game is upon us, battle brothers! The vile agents of Chaos have taken over the Calgari sector, and it’s up to our glorious Inquisition to smite them! As agents of the God Emperor of Mankind, we carry out his will across the stars. This month, we stamp out the sickening boil that has blighted Imperium space! Warhammer 40,000: Inquisitor – Martyr isn’t merely a poorly-thought out name, it provides us with the means to crush Chaos! Even if it’s not a very good game, battle brothers, we will still have purged heresy…even if just a little bit.