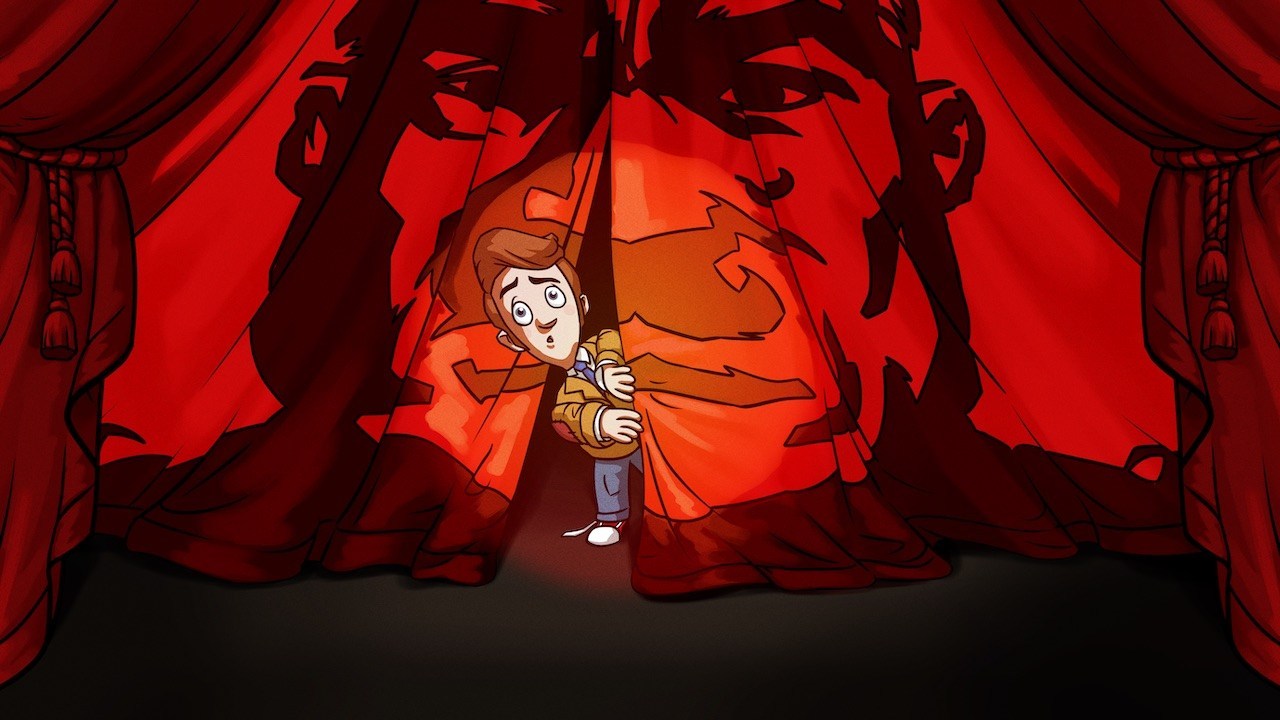 Irony Curtain: From Matryoshka With Love arrived earlier this month to high praise – including our own review. But a game as funny, charming and straight-up fun as Irony Curtain doesn’t just pop out of the ether. We can’t rely on Hatsune Miku to make all of our indie games! I had the pleasure of having a good chat with Piotr Sulek, one of the creative boffins at the game’s developer Artifex Mundi, to get a glimpse behind the curtain.

WellPlayed: Irony Curtain’s biggest draw is undoubtedly its tongue-in-cheek satirical comedy. You’ve talked about the technical aspects to the game’s writing, but what’s the artistic process behind such a satire-rich script? Were there any particular inspirations for the writers?

Piotr Sulek: Essentially we tried to channel the experiences of communism into something that would be amusing, maybe bring some nostalgia and memories to people who experienced that system, but also give people an idea of the some of the oddities experienced under full-blown Cold War era communism. Our own memories of the last years of the system were a key starting point along with recollections from our our parents, grandparents and collection of friends. Top that off with additional research and hopefully we created a game that on the one hand will make you laugh, but on the other will bring some reflection on the world we are presenting since a lot of it is rooted in realities that are just being exaggerated for comedic effect.

WP: Speaking of inspirations, Irony Curtain is an unapologetic love letter to the point-and-click adventure games of the 1990s. Are there any games in particular that draw nostalgic sighs from the team?

PS: We’re avid adventure gamers – we love classic p’n’c’s. Creating a point-and-click was a childhood dream of many of us.. Deponia, the Monkey Island series, Grim Fandango, are all strong candidates for favorites among the team members, but there are also some more obscure titles, such as Zork: Grand Inquisitor. We wanted the players to feel at home with the game, but also to make the story fresh and unique. Among the 1950’s era jokes in the game there are also a multitude of easter eggs referring to the games we know and love – sometimes quite directly (like the Monkey Island pirates in Gork Park), sometimes harder to spot – like the keychain to the hotel room at the beginning of the game.

WP: The soundtrack for Irony Curtain is exceptionally rich old-school goodness, right down to the low-fi mono (a feature proudly touted on its cover art). Getting Peter McConnell to do the title theme was a great step in that direction: How did that collaboration come about?

PS: That’s all thanks to Arkadiusz Reikowski – the composer we work with on regular basis here at Artifex Mundi. He’s an acclaimed musician responsible for many great game soundtracks, including Layers of Fear, Observer and Kholat as well as writing music for almost all the Artifex Mundi titles. Arek also created the score for My Brother Rabbit, which was nominated for the Best Polish Soundtrack of 2019 ect. So the guy knows his stuff. For Irony Curtain, Arek met with Peter when he came to Poland for the Game Music Festival in Wroclav to perform music from Grim Fandango – and they both decided it would be awesome to work together on a project. This project turned up sooner than expected in the form of Irony Curtain’s OST – Peter created the main score that Arek used for inspiration in composing the rest of the soundtrack. If you’re a music aficionado you’ll hear the motifs from the main theme playing throughout the whole score.

He wasn’t kidding about the Monkey Island pirates

WP: Irony Curtain’s voice acting also reminded me of older games in a good way. In particular, the main character Evan gave off some Guybrush Threepwood vibes. Does the game’s voice cast have any names we might recognize?

PS: Thanks to the OMUK London studio we’ve had our characters voiced by really seasoned actors, who have worked on many productions. While their personal names might not be that known, their work sure is.  In Irony Curtain you’ll be able to hear the voice of Deponia’s Rufus, The Devil’s Daughter Dr. Watson, The Joker from Telltale’s Batman or Thomas & Friends’ titular character (US).

WP: While playing the alpha build of Irony Curtain, I couldn’t help but notice that some puzzles can be solved in more than one way. As somebody who was turned off of the genre for years because of its linear logic, it was a refreshing change of pace. Were there any difficulties in crafting such open-ended puzzles?

PS: While we’re very proud of that, unfortunately yes there were quite a few difficulties. Designing them and making sure the player was never in a situation where previous actions or items would roadblock them was one thing, but the biggest bane came in testing. It’s really hard to predict what people will do and for a team of our size, dealing with so many variables was quite a challenge.

A good example is the camera you can use in one of the game’s locations. The amount of ways in which you can interact with it – installing the film, changing the settings, changing the position of the camera, Evan’s comments – all this had us testing for many days and new, unforseen surprises kept popping up in terms of what was triggering based on which steps you took prior to that. It was literally days worth of testing and were talking about just one tiny puzzle in the game.

WP: The alpha build also kept me occupied for a good while, as should be the case for a point-and-click game. That said, I haven’t finished it: It was pretty long! Considering any tweaks that were made before release, how long will the finished product be?

PS: That depends on how well you fare with the puzzles! But all in all we wanted to give our players a hefty serving of point-and-click goodness, so we estimate around 10 hours of gameplay.

WP: The espionage webs of the early Cold War play a big role in Irony Curtain’s story, as well as clichés of Communism. There’s a fun mix of real and alternate history at play, and I can’t help but wonder if there are a few history buffs amongst the development team?

PS: I think calling us history buffs would be a little too flattering. While the setting is inspired by history and facts,  the bulk of the game built on the first-hand experiences we personally had and heard about while living under communism.. We intentionally did not want to make a history game – that’s why we’re stressing the ‘alternative reality’ Cold War setting. So while the realities of life in Matryoshka are based on our personal experiences with communism (albeit maybe slightly exaggerated for comedic purposes) you will not find accurate or real historical events being represented in the game.

I don’t know what he’s talking about; these bomb trees are very close to reality

WP: Irony Curtain’s satire may be mostly historical, but there’s some cheeky contemporary comedy in there as well. We’re currently in the most politically depressing time since the 1980s, so it’s nice to see light-hearted takes on modern issues. Was this mixture of old and new intended from the beginning, or something that was added later?

PS: That mix happened naturally but wasn’t exactly planned. Our starting and anchor point was always the sarcastic but intelligent humour that we remembered from the adventure games of the 90’s- but peppered with communism, just like the polish comedies of the day. However, during the writing process though, it turned out we couldn’t stop ourselves from adding more modern, stronger or trolling jokes, which resulted in the players finding more references, jokes or easter eggs that they can relate to. So intentional? Not exactly. But it did work out for the better in our opinions.

WP: The easter eggs in Irony Curtain are endless! I love a good reference as much as the next guy, and the game was chock-full of them. Choosing which ones to put in must have been a fun time?

PS: Tons of fun! And while devs have always had a tradition of adding easter eggs, all good p’n’cs have always had a considerable amount of easter eggs in them. And since in some way we see the game as an homage to the point and click adventures of our youth we tried to add in as many as was possible while still benefiting the gameplay. We even had an internal competition on who would find the most easter eggs since no one member of the team knows about or implemented every single easter egg. But it quickly turned into chaos trying to keep score as there are just so many.  The jokes also reference such a wide array of pop-culture – from Lord of the Rings to F.E.A.R so hopefully everyone will get recognize a good handful and have a good laugh.

WP: Finally, are there currently any plans for post-launch content? Say, an expansion to the story or even just some merchandise?

PS: Right now our next goal are our console versions which are set for the summer. Then, depending on how things go, we’re ready to consider adding some content or languages. Maybe even some cool merch since we really love the world we created. Time will tell!

Irony Curtain: From Matryoshka With Love is now available on Steam and GOG.