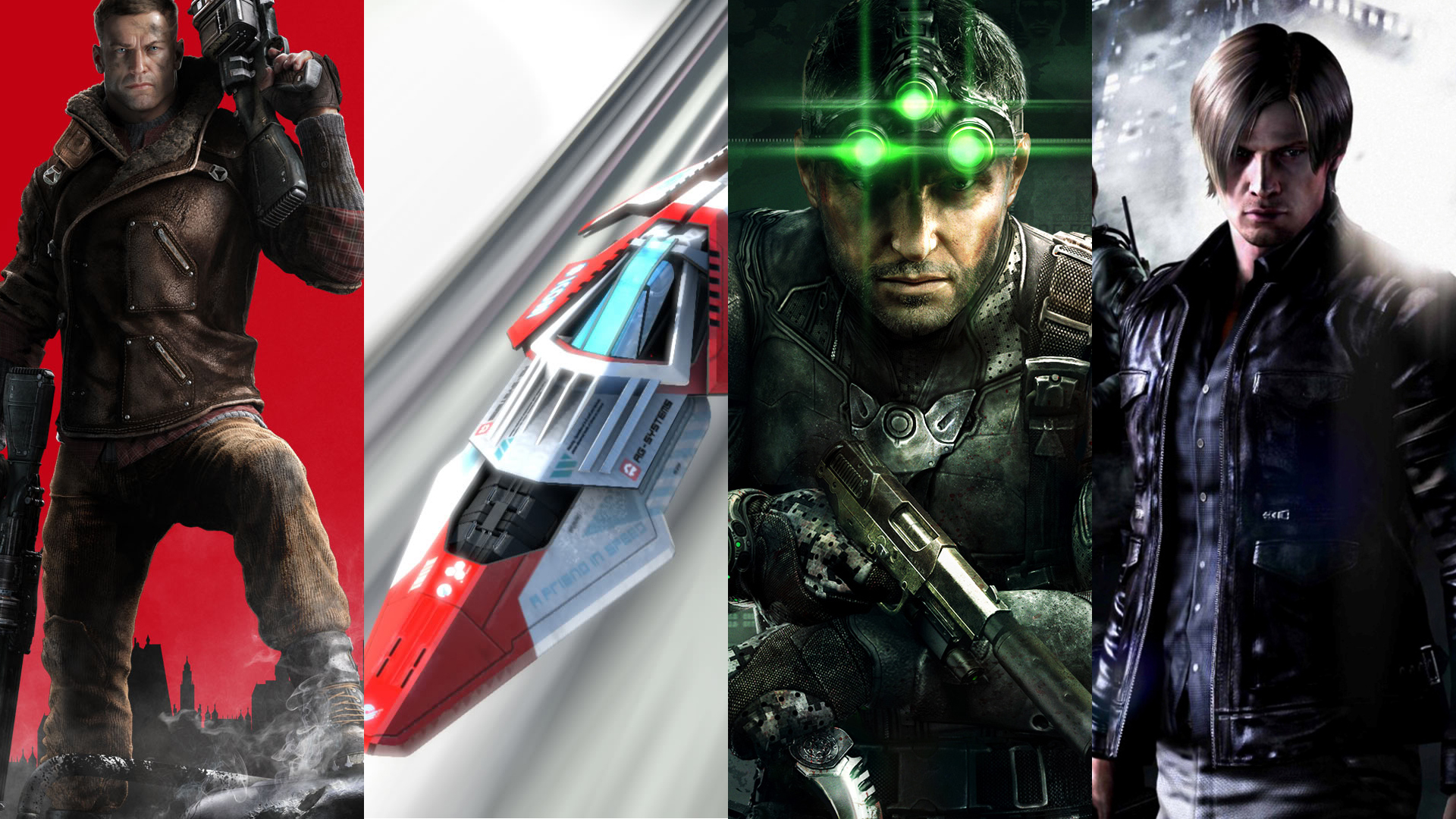 Every year our gaming platforms are graced with franchises that show no signs of closure – like a farmer trying squeeze every last drop of milk from his trusty cow, Daisy. Gaming publishers are no different; replace milk with money and cow with gamers and you have the current trend within the industry. Whether it’s DLC, season passes or just another carbon-copy sequel, publishers try to squeeze every hard-earned dollar out of our haggard wallets. While some IPs do deserve their on-going releases, there are those that have been tossed aside and forgotten – despite the rumbling demand for their return.

I have put together a list of AAA IPs (indies may get their own article later down the track) that I would welcome a new release for and those that I expect to have a new iterations announced sometime during 2016. Because this list grew as I wrote it, I have split it into two parts.

If you agree to disagree with any of my suggestions, let me know in the comments and let me know which series you’d like to see another game for.

Burnout: Criterion Games’ racing series was hugely popular when it was in active development rotation. The high-speed carnage that could be caused was addictive and exhilarating. For someone like me, arcade racers have always been preferred to driving simulators such as Gran Turismo and Forza. The best part of Burnout was that it was a fun game to just pick up and play, even for just a couple races. There are hardly any racers that feel like that these days, most good racers require a mechanics degree to fully enjoy.

What are the chances? Wishful thinking – While Criterion still continue to develop racing games, the Burnout IP appears to be forgotten, with Criterion working on the upcoming Beyond Cars. EA have recently released the rebooted Need for Speed, so it’s hard to foresee EA announcing a new Burnout any time soon.

NBA Jam: Everyone knows 2K are the kings when it comes to basketball simulators, but who can honestly say they have played NBA Jam and not enjoyed it, at least a little? It’s a light-hearted and zany take on the sport and that is what makes it so much fun to play, especially as a couch co-op game. We haven’t seen an NBA Jam since the PS3/360/Wii version released back in 2010, which like the original was received positively. I loved NBA Jam back when the Sega Mega Drive was my console of choice and I really haven’t gotten into an NBA game other than Jam. EA’s NBA Live series continues to let fans down year and year, it’s time for the head honchos at EA to try to win NBA fans over with something that works.

What are the chances?: Unlikely – EA will keep chipping away at its subpar NBA Live series and keep pushing fans towards the 2K franchise. NBA Jam probably doesn’t have the mainstream appeal it did in the gaming days of yore to warrant a resurrection. Sports gamers want modes like Ultimate Team, Be A Pro and Fantasy Drafts, they don’t want four guys with big heads running around shooting hoops. Or do they?

Quake: Bethesda have had a great return on rebooting id Software’s old-school FPS IPs. First it was Wolfenstein, which was reinvigorated thanks to the brilliant story and tight gunplay of The New Order. Doom, while not released yet has generated huge amounts of hype since its jaw-dropping re-unveiling at Bethesda’s maiden E3 keynote last year. So why not make it the trifecta? I’ll share a little secret, in my younger days Quake was my favourite of the three iconic shooters. With its quality Nine Inch Nails soundtrack and fast-paced gameplay Quake has built a loyal following. Plus it’s been eleven years since Quake 4 was released. The time is right.

What are the chances? Unlikely – Even though Bethesda have revamped two legs from their tripod of old-school FPS shooters in the past couple of years, it’s unlikely that we’ll see them complete the hat-trick this year. id Software, who would be likely to be the dev team behind any reboot of the old arena shooter, will have their hands full with the post-launch content for Doom.

Resident Evil 7: I don’t care what you think, Resident Evil 4 is the last great RE release (aside from the remasters). Even though RE4 started the shift from survival horror into action-oriented waters, the game had enough survival horror elements to quench everyone’s thirst. RE5 & 6 took the series from being an action-horror hybrid to being a fully-fledged third-person shooter. This didn’t go down well with the series’ hardcore fans (including myself) and some critics, despite both titles going on to become Capcom’s two highest sellers. RE6 came out in October, 2012 and since then we’ve been treated to a spin-off sequel (Revelations 2) and two remasters, but it’s time the main series took the main stage again. Capcom representatives have alluded that the title is in development, but no official word has come out yet. But this is the year! Capcom have promised once again that the series would honour its roots, and who knows?Maybe the remasters were Capcom testing the waters to see how well old-school horror gameplay would be received…

What are the chances? Highly likely – Capcom have already announced their remaster dev team is working on a full remake of RE2, so that leaves the main dev team’s project. Expect an announcement at either E3 or Tokyo Game Show.

Shadow of Mordor: Who would have thought that one of the best Assassin’s Creed games wouldn’t actually be an Assassin’s Creed title? Let’s be honest here – Shadow of Mordor is heavily influenced by Patrice Désilets’ historical adventure-assassin series, and its execution was fantastic, so much so that it won best action/adventure game at the 2014 Game Awards. Now, we all know that people go nuts for Lord of the Rings, it’s essentially a money-printing title, like Star Wars. You theme something around LotR and people will buy it. But it also helps when the product is actually good, as was the case with Shadow of Mordor. The biggest boon in the game was the Nemesis System – which allowed you to influence select Uruks and infiltrate Sauron’s army from within. It also promoted those Uruks that defeated you in battle, giving every NPC a chance to get into Sauron’s good books.

What are the chances? Lock it in, Eddie – When I begun writing this article I was quietly confident that another iteration would be announced this year. But due to my slow progress it seems it’s no longer wishful thinking. If recent reports are to be believed then work on a sequel has already begun, after NerdLeaks spotted Shadow of Mordor 2 on a stunt actor Lauren Mary Kim’s resume. Plus, you’d expect Monolith Productions wouldn’t have been sitting around counting their precious pennies for the past 18+ months. Expect an announcement sometime in the near future.

Splinter Cell: Sam Fisher is a badass. He’s clinical and technological with his kills – much like Pitbull… I mean Agent 47… from Hitman. Blacklist was one of my favourite games from last-gen and as the series has evolved it has overtaken Metal Gear Solid as my stealth series of choice. The stories and gameplay are always solid, and Blacklist had excellent level design and a good amalgam of single-player and multiplayer missions in the game’s campaign. I was also a fan of the upgrade system which encouraged a hardcore stealth approach. I’m in need of a good stealth game; prescribe me some more Splinter Cell, Dr. Ubi.

What are the chances? Promising – It’s almost three years since Blacklist was released, it’s Sam’s time to shine on current-gen. Ubisoft have already confirmed that there won’t be an Assassin’s Creed 2K16 and hopefully we don’t see another Far Cry just yet. That leaves For Honor, Watch Dogs 2 and Ghost Recon as their main talking points for E3 this year. They’ve got to reveal at least one of these numerous unannounced projects. My bet’s on my man Sam. Show me potato salad!

Wipeout:  Wipeout was my racing jam back in my youth, in fact Wipeout 2097 is the only racing game I have ever truly mastered; in fact I was so good that I could go around every track without hitting a single guard rail, plus the soundtracks were always impressive. So when Sony announced they were shutting down Studio Liverpool in 2012 I cried a little inside. Not only were they a super talented dev team, but they also (supposedly) had an unannounced PS4 Wipeout game in the works. It’s time Sony revived the cult-racing game, besides we haven’t had a AAA vehicular warfare game for a long time, and it’s been far too long since I was good at a racing game.

What are the chances? Highly unlikely – Since the closure of Studio Liverpool there has been no word of a Wipeout revival, and some of the SL devs are working for R8 Games, who brought their Wipeout spiritual successor (Formula Fusion) to Kickstarter and were successful in achieving the level of funding for a PC release. The best we can hope for is that R8 Games bring Formula Fusion to consoles.

Wolfenstein: The New Order was one of the sleeper hits of 2014. As always, the game’s shooting mechanics were tight, but it was the excellent narrative and voice-acting that surprised and impressed a lot of people. Since The New Order we’ve been treated to a smaller prequel, The Old Blood, which featured the same quality gunplay but lacked in the narrative department. MachineGames have set an excellent foundation for their take on the Wolfenstein franchise to build on. I for one would love a new iteration and I reckon this is one of the cards up Bethesda’s sleeve. In the words of Joshua Rizk (the guy who calls everything): ‘calling it’.

What are the chances? This upcoming E3, it’s gonna be loud – For the second year in a row Bethesda are hosting an E3 conference, which means they are bringing with them some announcements. Wolfenstein is due for a new entry with The New Order releasing in 2014. You gave the people what they wanted last year with Fallout 4, give us what we want this year: a new entry in the Wolfenstein series and a release date for Dishonored 2. It’s the right thing to do.