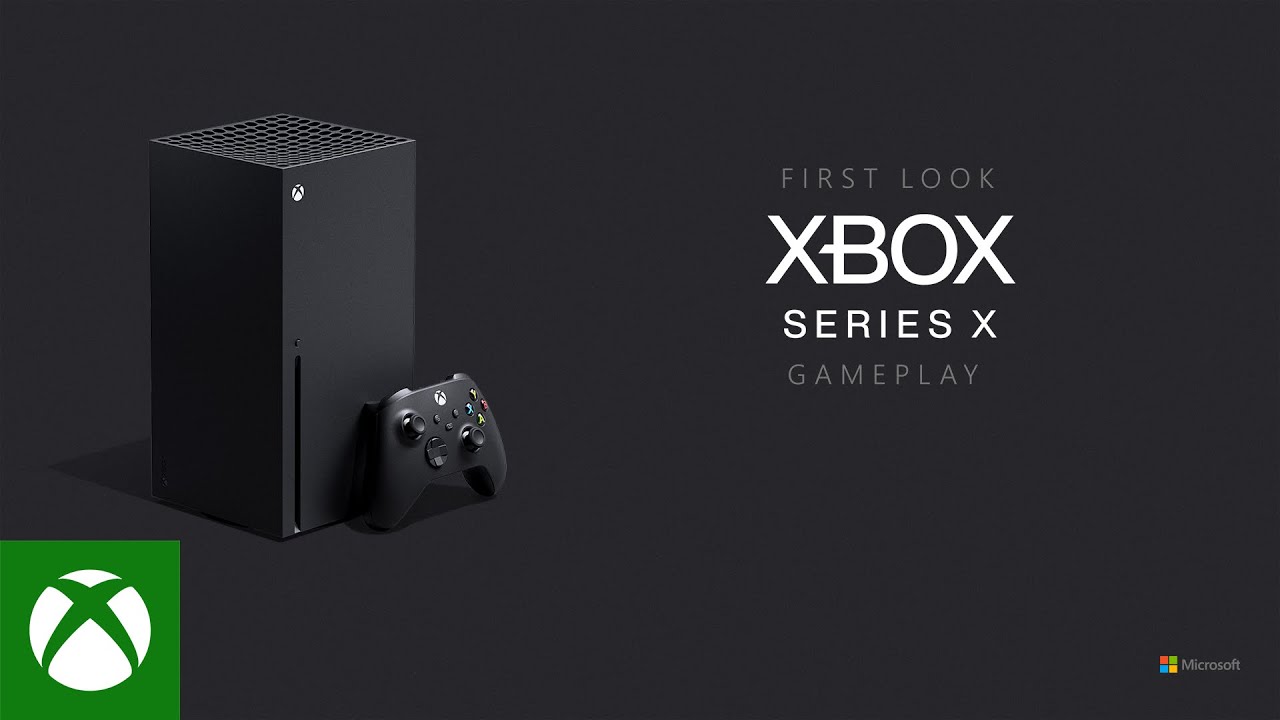 Last week Microsoft announced that the next Inside Xbox livestream would be a big one, showing off gameplay footage from the Xbox Series X. We knew going in that the newly revealed Assassin’s Creed Valhalla was going to make an appearance, but that’s far from the only title that was shown. Let’s not waste any time and get straight into it.

Grappling gauntlets, guns, swords, crazy weather effects and…a DeLorean? Not heaps to go off on this one, but the gunplay looked tight and the movement was slick. It looked to have an Asian setting, but also included Spartans and the previously mentioned vehicle, so who knows what could be in store. Bright Memory Infinite will support Smart Delivery.

Bright colours everywhere with this one as we get a quick look at the newest entry into the offroad racing series. Plenty of wicked cars and awesome locales to be seen here, from frozen lakes to muddy forests. The game is also supporting up to four-player coop which is great to hear in this day and age. Dirt 5 will support Smart Delivery.

Didn’t want to sleep tonight anyway. Oh boy we got some horrifying visuals with this look at Scorn. This first-person horror-shooter has been throwing hellish imagery and audio at us for some time now and we know now that it will be heading to Series X.

Space combat with a cheeky hint of horror/thriller elements, Chorus didn’t show us a lot, but it did allude to some interesting story points, such as the protagonist sharing a connection to her ship. Chorus will support Smart Delivery.

I won’t pretend to know anything about American Football, but after a quick trip through the history of the Madden games, we were shown some pretty stunning visuals from this year’s interaction. Of course, Madden 21 will be coming to Series X, but it also supports Smart Delivery, which is great to see in a sports game.

There was a bit of everything in this trailer. We get a solid look at Masquerade’s violent combat and smooth traversal, while also getting a taste of the game’s grim world and savage characters. This is all wrapped in a good amount of charm, style and character. Vampire: The Masquerade Bloodlines 2 will support Smart Delivery.

Call of the Sea

A narrative adventure game set on a tropical island that’s riddled with intrigue. You are given just enough in the trailer to pique your interest in the mysterious plot, but even if that didn’t grab you, the amazing art style will. Call of the Sea will support Smart Delivery.

An isometric shooter set in a bleak cyberpunk future, The Ascent showed off some impressive visuals and some very bloody combat. The Ascent will support Smart Delivery.

Bloober Team’s newest project, The Medium, is a horror experience that sees you play as a spiritual medium that can see the physical world as well as the spirit world. The trailer shown is haunting, showing creepy churches, abandoned hotels and the creepiest ultrasound ever. The game looks to be focused on immersion and atmosphere, which will be helped massively by Akira Yamaoka, the composer for the Silent Hill franchise, being on-board.

A fast-paced anime action game where you fight floral monsters in a city devastated by the creates, to a slapping guitar soundtrack of course. Over the top action check, bad arse weapons check. Scarlet Nexus will support Smart Delivery.

This looks badarse. Dinosaurs have taken over the planet and you and a squad of friends are armed to the teeth and told to destroy them, reclaiming the earth. I got some strong Turok vibes from this one, which is absolutely a good thing. Second Extinction will support Smart Delivery.

As crazy as the other games in the Yakuza series (seriously, an orbital laser gets called in during the trailer), but with a turn-based battle system instead of the usual real-time beat ’em up. Yakuza: Like a Dragon will not only be a launch title for Series X, but it will also support Smart Delivery.

We get a look at a few of the different, gorgeous locations that we will no doubt be pillaging. From snowy mountains to green hills, cold castles to warm Viking halls, there was a good amount of variation shown. Most excitedly we saw the player character Eivor land on a shore in a longboat and blow an iconic horn, so get keen for some raiding. I must say though, for a gameplay trailer there was very little actual gameplay shown. Assassin’s Creed Valhalla will support Smart Delivery.

Want to have a look at everything for yourself? Check out a replay of the livestream here:


What did you think of everything shown? What are you keen for the most? Let us know.

In this article:gameplay, inside xbox, livestream, next gen, xbox, Xbox Series X