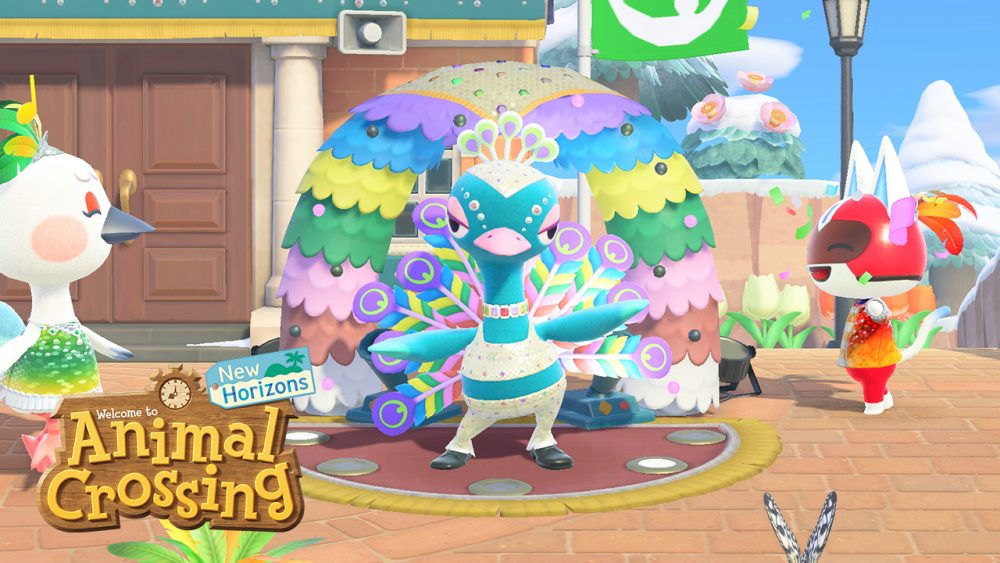 We knew it was coming but here it is – Nintendo has announced the first free update of the year for Animal Crossing: New Horizons and it goes live from January 28.

On February 15 is the event Festivale with Pavé the peacock. Everyone wears pretty outfits, you collect feathers for Pave and he gyrates his little heart out. You can collect new furniture from the event that looks a hell of a lot better than the old set from New Leaf in my opinion!

As we were previously told there will be a Mario-themed update in March, though exactly what that entails we will have to wait and see. Hopefully some Mario-themed costumes and furniture!

There will also be new time-limited items in Nook Shopping, including the return of the throwing beans for Setsubun, a Japanese ogre outfit, a football rug and more!

Check out the update announcement trailer for yourself below:

Only a smallish update this time around but it’s just the start of the year. Fingers crossed the Mario update is awesome and that we may get another bigger update in the near future!