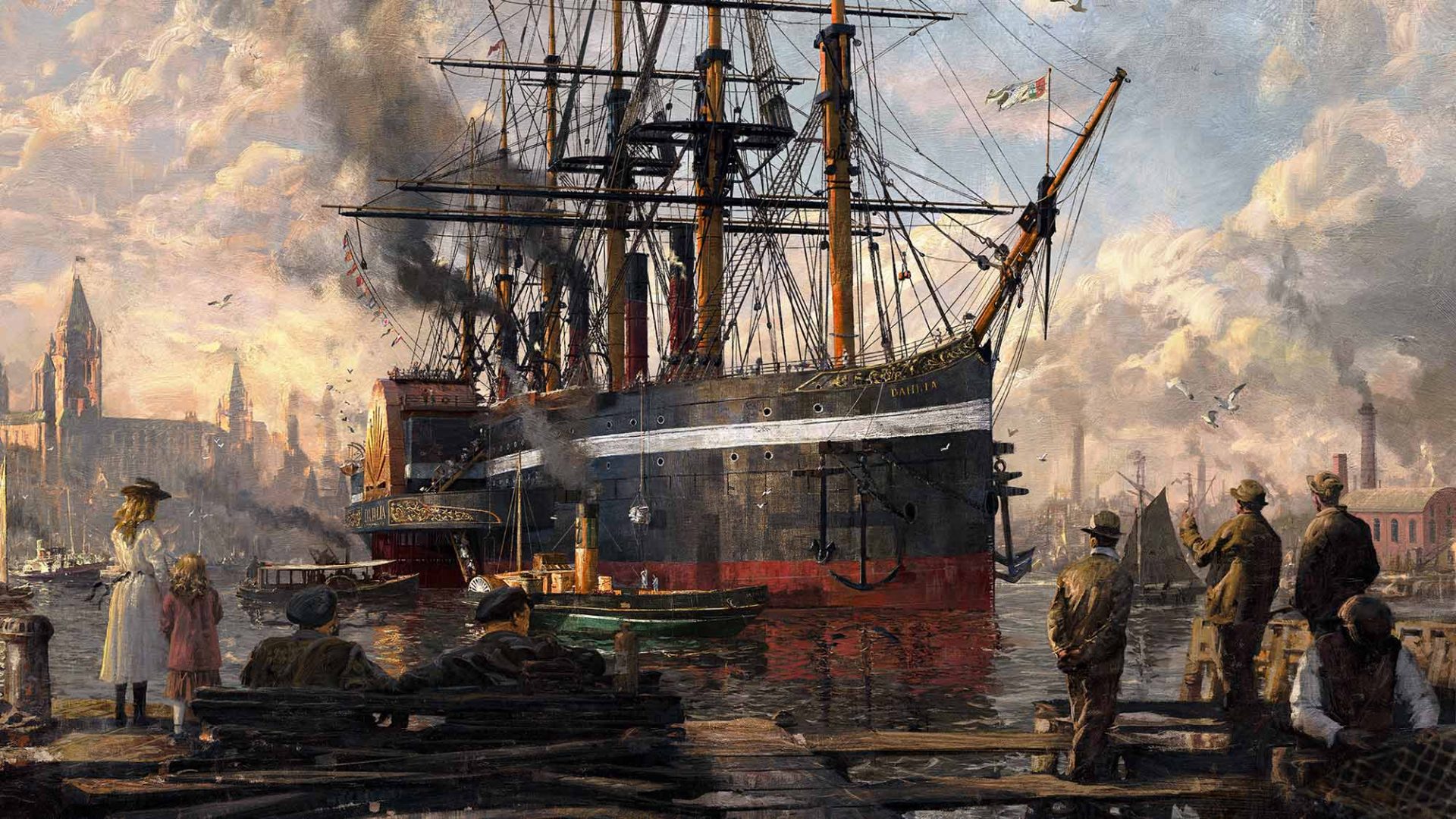 The Anno series is one that’s gotten around. If you’re a PC player, you’ve probably heard of it. If you’re a management sim player, you’ve gotten into at least one Anno game. No matter your experience level, it’s a series that’s always been, well, around. The first game in the series, Anno 1602, turns 21 in March. Two decades, and there are still new Anno games being released. This becomes even more baffling when you remember what the state of video game publishing is in 2019. Most publishers have perfected the art of trickling their titles down to the masses. Their release libraries get smaller each year, as they become dependent on post-launch revenue for their bigger games rather than relying on initial sales.

Ubisoft is bucking this trend hard, and the Anno series is the perfect example. Any other publisher would have tried to ‘modernise’ the franchise’s business model, and more than likely killed it off, but Anno remains pure and alive after 21 years. It’s the perfect example of a ‘middle shelf’ game; not obscure by any means, but not exactly the most well known. They don’t have the hugest marketing budgets but fit their niche nicely enough for it to not really matter. Game series like these are a rarity in this early 21st century but luckily the big U is here to keep that train a’rollin, and it happens to be a steam train this time around. Anno 1800, the latest game in the series, is on the horizon and best of all it’s (finally!) set in the 19th century – the late Industrial Revolution.

From humble beginnings in a small village…

Like other Anno games, 1800 is like a mix between Sid Meyer’s Civilization and Sim City. When the game starts, you’re left with a lump sum of money and a trading post on an empty island. But it’s not the island that counts, it’s what you do with it. The heart of Anno’s gameplay is in its city building and management. Build houses to attract settlers, set up businesses to gather resources to consume and/or trade, and be sure to keep your people smiling by building amnesties. For the first couple of hours of a game, this’ll be all there is to it.

Another new feature is City Attractiveness. As most people are aware, some cities are more attractive to tourism than others. People like London but turn up their noses at former industrial centers like Sheffield. In the late game, finding a balance between making your city more attractive to tourists and keeping your industrial production high is essential. That means less smokey factories and more festivals and trees.

As the game progresses though, you’ll get to know the other entrepreneurs on the map. Managing relations with them is essential if you’re interested in staying on your toes. Some people are easier to please than others, and they all appreciate different things. Say or do the wrong thing, and they’ll even pick fights (more on combat in a bit.) Meanwhile, your people will begin demanding resources that require different workforces. Here, you’ll have to start upgrading your town to a more industrial affair. But don’t let industrial profit come at the cost of human happiness. Just like in real life, unhappy workers aren’t opposed to standing up for themselves. Building and maintaining trade unions will help to stifle discontent, but amenities will also go a long way. Any protests or unrest will lower your city’s attractiveness to tourists.

It’s here in the mid-game that choices start to make themselves clear. If you want your settlement to grow and become more prosperous, it’ll have to move with the times. Your dainty little village gives way to the brick-and-mortar workhouses synonymous with the developments of the 19th century, but you’ll still need to keep some agricultural workers around. Fail to adapt to a changing world, and you’ll be left with a farming backwater reliant on trading to survive. And if there’s anything that history tells you, it’s that the world can come undone at the drop of a hat. The hat’s usually dropped by a bullet, but still dropped.

…to mighty factories, subservient to the power of steam

And when those bullets are fired is when Anno 1800 becomes a wet dream for Victorian enthusiasts. Anno’s combat has always been the secondary focus of the series, but it gets the job done. RTS-style battles take place across the map’s seas, and navies can even lay siege to each other. It’s limited to naval warfare, but 1800 spices up its combat with a new combat system. Each island has a ‘Morale’ bar that is determined by the amount of harbor buildings on said island and decreases as the siege goes on. When the bar is lowered, its citizenry grows unhappier. If they can’t repel the siege, the island surrenders. In this scenario, peace terms take one of two forms: taking a big share of the conquered island’s profits and resources, or simply annexing it into your new empire.

Anno 1800 also features a campaign ripped straight from an old-timey revenge novel. In it, your character is torn from their comfy life in the Americas and taken to a British island colony by their father’s death. Once you attend the funeral, your uncle Edvard kicks you off the island and consolidates your family’s wealth for himself. You and your sister are thrust onto a derelict island that your sister scrounged together with the last of your money, settling it with those loyal to your family. The campaign is the same as the regular game, but with cutscenes and story missions to complete. It’s a fun story, the show mostly stolen by just how dastardly Uncle Edvard is!

Lastly, Anno 1800 is a huge step forward for the series’ visuals. Everything looks absolutely picturesque (literally, there’s a camera mode here just for taking pictures) and seeing your hard work in motion is satisfying. Anno 1800 is looking to be a great addition to the series for fans and history buffs alike. Its release date has been pushed back to April 16th of this year, from its original February schedule, but this extra time should do the game no disservice. I, for one, am very excited to see the finished product and let my inner Capitalist run wild.

This could be yours!