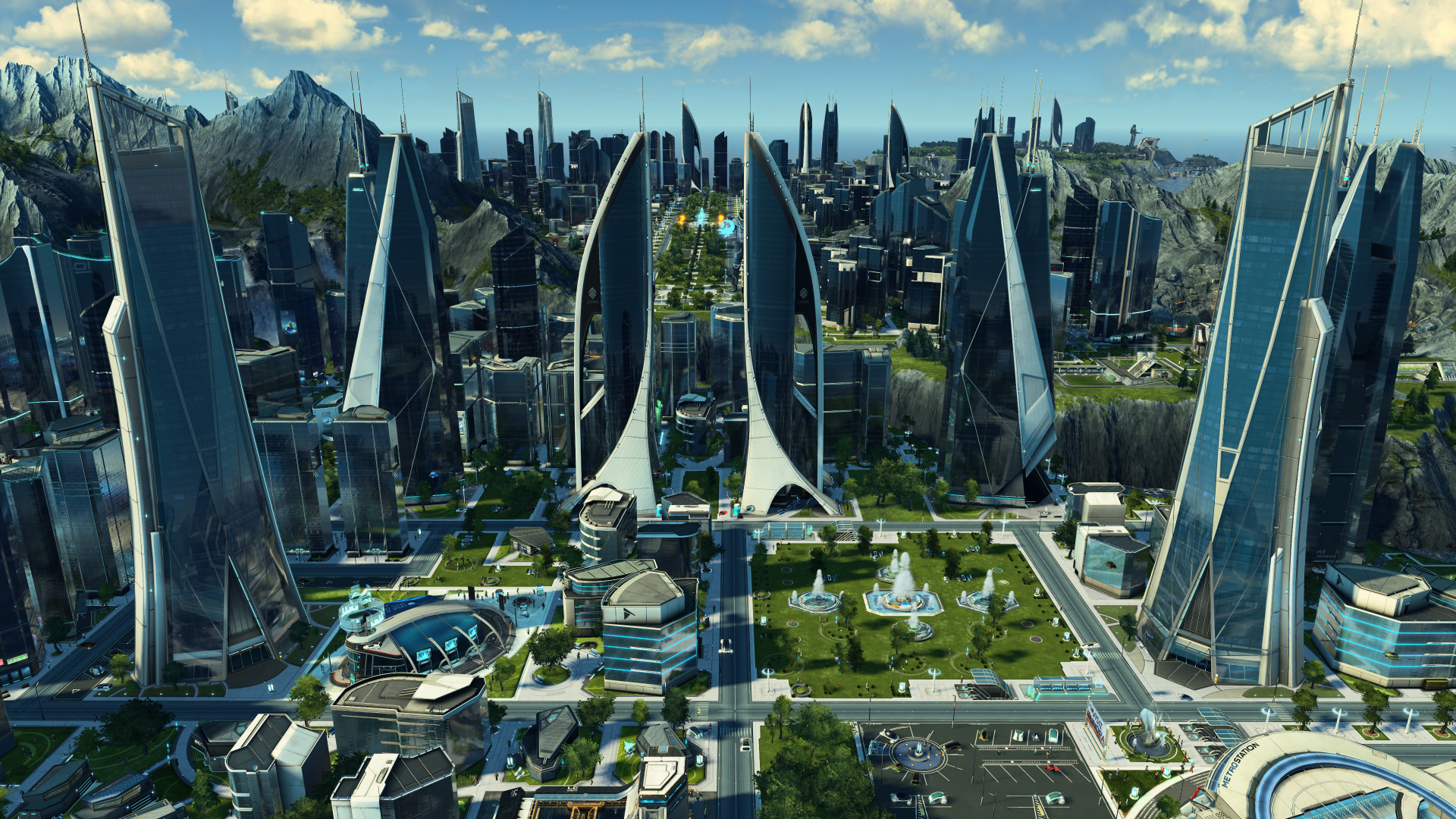 Players are able to seize three new sectors, each featuring special sector projects and challenges. Madrigal Islands and Greentide Archipelago are located in the temperate Earth region and bring back traditional Anno flair with lots of smaller islands to build on. One of these sectors holds a secret and gives players access to the Man-Machine Synthetics. This new faction requires lots of high-level materials, but mastering it results in very effective workforces and new buildings. The third sector – Savik Province – is located in the Arctic region and offers continental building space. Here players unearth geysers to gain new lands. The freed geysers can be used as a heat source for surrounding snow camps.

It’s now possible to play military conflicts in regular sectors. During these optional missions players can call their fleet to fight hostile brigades and secure their trade routes. Besides several improvements, players will receive a handful of new ornaments which will not only make their cities look more diverse but will also allow them to display their Corporation logos more prominently in the game world.

Anno 2205: Ultimate Edition will be released on October 27 on Windows PC and will feature the full Anno 2205 experience, with all DLCs and updates. This includes the three premium DLCs “Tundra”, “Orbit” and “Frontiers”, three free DLCs “Wildwater Bay”, “Veteran’s Pack” and “Big Five Pack” and several improvements made since Anno 2205 launched in November 2015. The Ultimate Edition will be available digitally.

Anno 2205 Frontiers is now available for purchase on Uplay and other digital platforms.