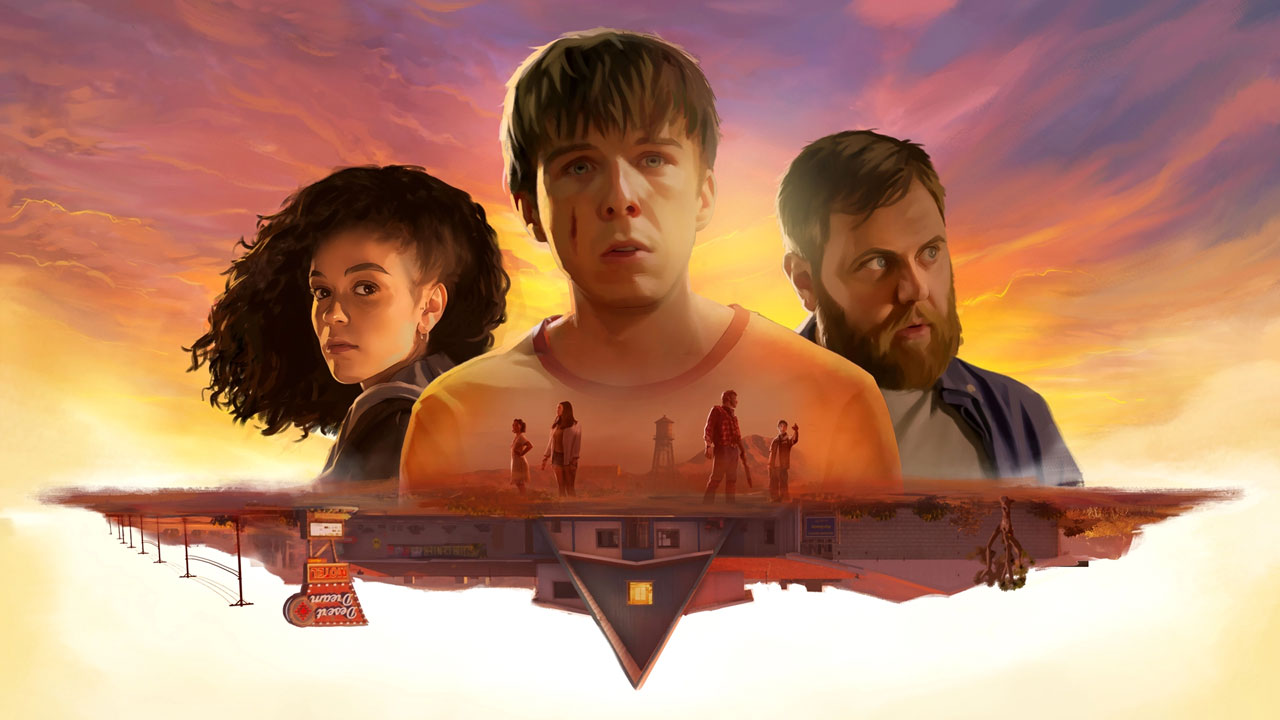 Like many children of the 90s, I loved a good old Choose Your Own Adventure book, and I also admit with no shame in my heart that I cheated constantly, backtracking through the pages to get the ending I had envisaged for myself. I’m not sure if the Choose Your Own Adventure genre is as booming as it was in the 90s, but it’s certainly going through a renaissance in the digital form. Developers like Supermassive Games and Quantic Dream are certainly leading the charge, and veteran developers from the latter studio have peeled off to form indie studio INTERIOR/NIGHT, to bring us an interactive crime drama that borrows heavily from Detroit: Become Human’s DNA. Allowing you to guide the fates of two families that become intertwined by tragic happenstance, does their debut effort As Dusk Falls rise to the occasion?

Wine, my only weakness

As Dusk Falls begins in the town of Two Rock, Arizona in the late 90s, where a group of three brothers bungle a robbery of the local sheriff’s house and promptly find themselves on the run from the boys in blue. They seek refuge in a remote hotel called the Desert Dream, where another family has been forced to stay after experiencing car troubles during a long road trip across the country. What follows is a messy hostage situation, the effects of which will echo throughout the lives of the two families, as they are forced to live with the choices they have made and the choices that others have made for them, and eventually face the consequences.

As Dusk Falls does a great job of rooting you in the narrative, presenting gameplay both from the perspective of the three brothers, as well the family who find themselves in the wrong place at the wrong time. The dynamic of the Holt brothers is brilliant, particularly how the two older brothers Tyler and Dale view the youngest sibling Jay, who has been more or less dragged into their mess with no agency of his own, but who also possesses an intelligence and moral compass that makes you empathise with his escalating plight. The other family’s depiction too is fantastic, with portly father Vince a likeable figure in his interactions with his wife Michelle and young daughter Zoe. The presence of his estranged father on this road trip is also a sense of tension, and the way the family dynamics interplay as they are swept up in the unfolding drama is electric. The thing I appreciate most about the writing is that both camps have a real sense of history. The Holts have family tensions a mile wide, and Vince’s family too is going through a time of strain, loaded up with the emotional baggage and trials and tribulations of any long-term relationship.

The brothers Holt have an intense dynamic

The narrative is strong and the opening three chapters in particular are quite gripping. There are some heavy themes of infidelity, family violence, suicide and post-traumatic stress, and they are handled with a sensitivity and understanding that makes the mature themes more than mere set dressing

The narrative is strong and the opening three chapters in particular are quite gripping. There are some heavy themes of infidelity, family violence, suicide and post-traumatic stress, and they are handled with a sensitivity and understanding that makes the mature themes more than mere set dressing. The second act contains some great moments and new characters, but it feels a little watered down compared to the hectic opening act. Some narrative threads kind of fizzle out and don’t reach a sense of finality, and others feel like they’re too hastily closed with an inadequate level of ceremony. It bears mentioning that the game at launch only contains six chapters across two acts (referred to as books), and there is clearly a set up for at least a third book. It’s possible this may pick up some of the less satisfying narrative threads and reinvigorate them by reweaving them into the conflict, however preliminary indications are that it will move in a vastly different direction.

Gameplay is an incredibly simple and largely passive affair, and anyone who has played Detroit: Beyond Human will instantly recognise the design elements. It’s stripped back even further here, with no real ability to move the characters and explore the environments. Rather, you’ll simply move a cursor to select decisions, investigate parts of the scenery and occasionally engage in QTEs. Just like in Detroit, at the end of each chapter you’ll get a summary of the choices you’ve made, the branching paths that have been created by said choices and the ultimate consequences. There is a dizzying array of divergent outcomes to explore, although some major events and plot points will occur regardless of what you choose. It falls short of being a true embodiment of the Butterfly Effect, but it comes close enough that you’ll feel like your choices have made a distinct impact throughout.

Vince is a top bloke and I bloody love him

Adding a clever wrinkle to the gameplay is the fact that you can play locally or online with up to seven other players, making this potentially one of the weirdest party games of all time. Cleverer still is the fact that you don’t need to break out the old multitap and have eight controllers, as players can participate using their mobile phones (which Diablo developers will tell you everyone has). I tested this feature with WellPlayed’s fearless leader Zach Jackson, and even if he let me down during a QTE involving washing the dishes, the connection was seamless. The lobby system is a bit laborious, but it all works as intended. When you’ve got others playing, each person will lodge their vote for the decision on-screen, and the majority rules. If there is no clear majority a decision will be chosen at random, but players can also use a limited number of overrides if they are hell bent on making a particular decision. Even playing with just one other person, the dynamic of the game felt quite different, and I imagine adding more to the mix would be a great source of democratic chaos.

I’ve gotten all this way without mentioning the visual style, but I wanted to emphasise it here at the twilight of this review. The game’s aesthetic is incredibly striking, making a bold choice to use stills with limited animations and transitions to bring it to life. These stills are absolutely masterful creations, with some deft artists wringing every ounce of human emotion out of their depictions. It’s got an almost dreamy water colour aesthetic that beautifully reflects the predominantly desert setting, and the fine details in every painstaking brush stroke inject each and every character with palpable humanity. The 3D backgrounds are mostly serviceable, although some flat texturing and colouring makes them distinctly less interesting than the characters themselves. This is likely a deliberate choice, as whenever a character is on screen they are well and truly the focus, but a few backgrounds feel a little lifeless nonetheless.

As Dusk Falls is a visually striking interactive crime drama that incorporates strong writing and characters into an intriguing narrative. The choice-based gameplay ensures there will be plenty of unexpected twists and turns that will make it feel like it’s your story, plus the idea of adding multiplayer elements is truly interesting, and the mechanical incorporation is well executed. A slightly anaemic second act can’t continue the momentum established in the brilliant opening, but hopefully the set up for a third book will be successful in helping reignite the narrative fire. 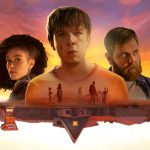 As Dusk Falls Review
Just Deserts
This interactive crime drama packs a unique visual style and some gripping moments dealing with mature themes. The choices you make are crucial to the fates of two families, but the impact is more keenly felt in the first act than the second.
The Good
Tight writing and an intriguing narrative that's filled with interesting, multi-faceted characters
The character depictions are phenomenal, capturing their humanity in poignant detail
The multiplayer feature is clever and well implemented
The Bad
The second act can't maintain the pace set by the intense first act
Some of the background environments are a little lifeless
A few narrative threads fizzle out
8
Get Around It

As Dusk Falls Review
Just Deserts
This interactive crime drama packs a unique visual style and some gripping moments dealing with mature themes. The choices you make are crucial to the fates of two families, but the impact is more keenly felt in the first act than the second.
The Good
Tight writing and an intriguing narrative that's filled with interesting, multi-faceted characters
The character depictions are phenomenal, capturing their humanity in poignant detail
The multiplayer feature is clever and well implemented
The Bad
The second act can't maintain the pace set by the intense first act
Some of the background environments are a little lifeless
A few narrative threads fizzle out
8
Get Around It
In this article:as dusk falls, big vince, choose your own adventure, INTERIOR/NIGHT, Quantic Dream, Supermassive Games, Xbox Game Studios