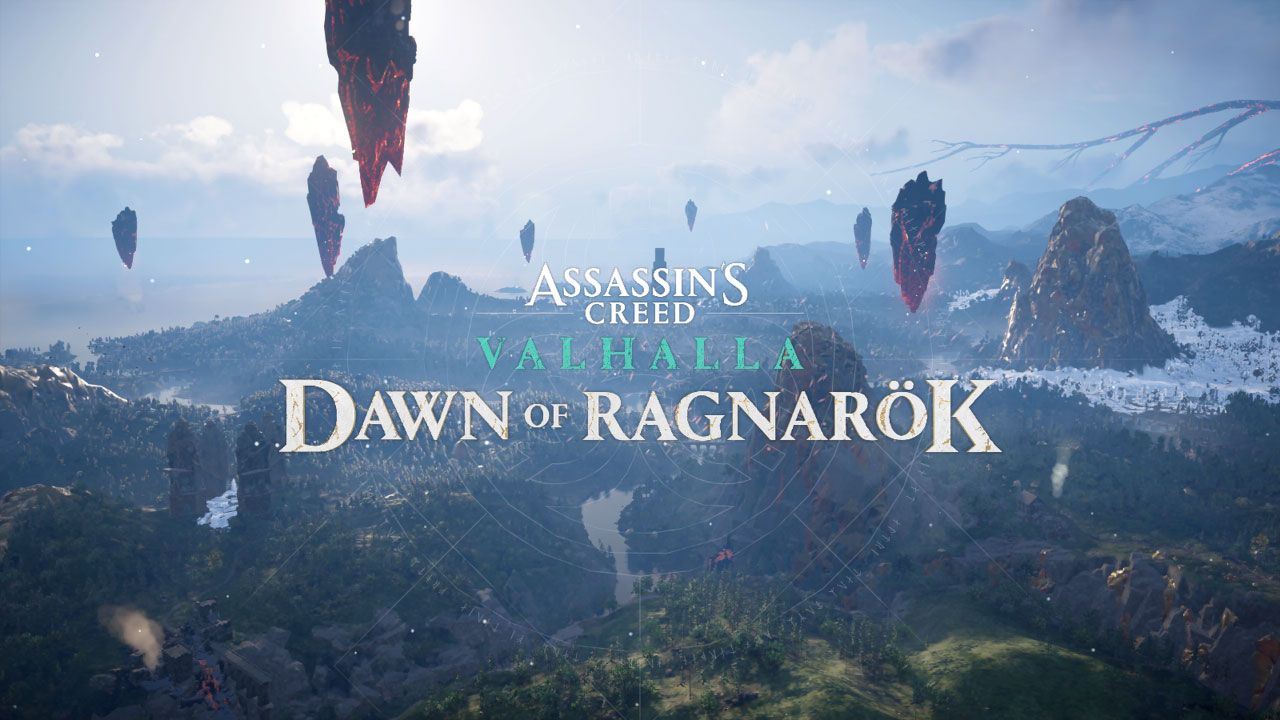 It’s wild to think just how far the Assassin’s Creed franchise has come, and the historic ground it has covered; it’s really become a question of where won’t the series go. In recent instalments, we’ve even been treated to some fantastical adventures into the myths and legends of traditionally historical settings which have been quite the leap of faith for the games.

Assassin’s Creed Valhalla: Dawn of Ragnarok is the next DLC expansion for the latest game and it’s yet another confident step forward for Ubisoft’s more fantasy-focused approach to its worlds. Releasing two years out from Assassin’s Creed Valhalla, you’d be forgiven for thinking its existence was a touch too late to the platform, but like the repeated trips to the Abstergo simulation pod, this new content feels right at home.

Dawn of Ragnarok feels like a dream, and fittingly so since it takes place in the dreams of Eivor. It follows an interwoven questline that will see you moving from Eivor’s to Odin’s (Havi’s) timeline as you dip into the world of Norse mythology. Svartálfaheimr is under siege by frost and flame invaders and its dwarven people are caught between it all as the war begins. Odin is on an urgent quest to rescue his son Baldr from Surtr, a fire giant set on being the world’s undoing. It’s an interesting premise, having Eivor experiencing Odin’s memories much like Desmond in the first games, where he’d dip in and out of the animus, only this time it’s through dreams. It’s yet another example of the series being self aware of its parallels.

From the get-go, Dawn of Ragnarok feels different as a game expansion in the Assassin’s Creed franchise. It’s still got the hallmarks of the series but it’s learned from the previous instalments’ mythical DLC. As an expansion, it creates a new experience that further explores the Norse legends teased in the main game while also featuring a new, incredibly detailed open world to explore.

Dawn of Ragnarok really flexes, showing off a world aesthetically nestled between The Witcher 3: Wild Hunt and God of War. It’s by far one of my favourite elements in the expansion, where it’s able to place the player in the fantasy world with ease. While it still has the look of Valhalla, it’s now garnished with lava pools and golden mountains. The map is also surrounded by huge, awe-inspiring distant vistas like massive roots, floating red meteorites, and distant snow-capped mountains. While the main game capitalises on that thirst to explore the landscape, this expansion seeks to expand on that sense by adding more fantastical new things to see. Ruins dot the map like bread crumbs between POIs and occasionally hidden weapons and armour pieces can be found within. As a landscape and playspace, it feels as though it wants to be explored and rewards you as such.

The expansion also brings a new narrative arc that takes on the grandiose nature of the world with natural confidence. Although the storytelling can feel quite shaky early on, after the initial set up it opens up nicely. It’s quite evident that it’s been created as a homage to Norse mythology and yet they’ve been able to delicately position the story with the early assassins still in mind. The dwarven helpers (whose identity I won’t spoil) are a neat touch in that they build a connection into this game for the player. It’s quite a delight to feel like you’re experiencing a myth firsthand, and the DLC does well to ground you in Havi’s arch. Rescuing Baldr feels urgent and the other story beats feel strong in the expansion.

I think as a veteran player of the series my biggest issue is how this DLC fits into the wider story. On the surface level it’s all flashy and fantastical but what is this leading to? What does this give me past some fantasy window dressing? Unlike the previous entries, little lore is learned that builds into the larger narrative and it feels like a missed opportunity to retain the Asgardian stories as lore. Considering Odin has a hidden blade, this really could have built some intrigue into the bigger picture. This could be a mere coincidence and explained away by it taking place in a dream inside a simulation, but the question still needs to be asked.

But it wouldn’t be an Assassin’s Creed game without some slick new armour and weapons to collect now would it? The expansion introduces the Divine rarity which is the new top tier of gear available in the game. They feature more upgrade nodes and a new godly aesthetic, plus there’s also the added benefit of taking no fall damage when you have a full set of divine gear. This was an unlockable ability in Odyssey that was sorely missed in Valhalla’s base game. I enjoyed grinding for these pieces of armour and weapons as they look incredible in battle, and the detail is truly something that a long-time player will appreciate.

It’s also only fitting that in a world this magical, Odin would also be packing some sweet new abilities worthy of a god. After the opening battle with Surtr, players receive the Hugr-Rip from some familiar Dwarves. It’s a powered cuff that allows you to absorb and channel god-like powers from enemies throughout the world. These powers feel and function a lot differently from the abilities available in the Valhalla base game and some are even useful outside of combat for mobility and puzzle-solving.

Where I think the power mechanics wane in their effectiveness is in the fact there’s no passive recharge to the power meters. The only way to recharge them is to either collect the power from plants or by killing enemies and in some places neither are that common. You become caught in a cycle of needing the power to use the abilities then using the abilities and needing power. It’s a very rinse and repeat loop which made me hesitant to use the powers despite loving being able to fly around as a raven.

Once you’re used to the Hugr-Rip it’s hard to go back to not using it outside of the expansion as well. Not being able to use the power of the raven to take to the skies and fly forward hurts as it feels like such a natural ability in the series. If the franchise wasn’t as focused on realism most of the time, I’d honestly demand it. There’s definitely a strength and style in allowing players to unlock these thrilling abilities and play with what’s possible inside the simulation.

Even if Assassin’s Creed: Valhalla is your first game in the series and first DLC, you’ll enjoy this mythical outing. The Assassin’s Creed series has been around a long time and it’s likely going to continue for a while still, so I have to respect that the games are breaking their mould. The addition of new powers is a bonus I wasn’t expecting, but if you’re playing as a god it’s only fair the game lets you act like one. It’s a return to form after Odyssey’s own mythical DLC that values the player experience and allows players to dip back into the game two years after launch. However, past face value, it really doesn’t add much to the overarching storyline for the franchise. Don’t get me wrong, it’s a fun and enjoyable adventure, but it feels like it could’ve worked harder to build itself into the series as a whole. The creed remains, but it’s left me wondering where we’ll see the game series go next.

Reviewed on Xbox One // Review code supplied by publisher 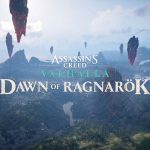 Assassin’s Creed Valhalla: Dawn Of Ragnarok Review
Everything Is Permitted
With a gorgeous world and story to match, Assasins’s Creed: Dawn Of Ragnarok expands the scope of the original game in a direction that is quite fantastical and is bound to pull you in one last time.
The Good
Bold new fantasy narrative featuring more Norse mythology
Svartálfaheimr shines as a setting for expansion
Divine armour and weapons is the class we never knew we were missing
The Bad
Hugr-Rip abilities are awesome but become tiring when needing to be recharged
Lacks context to the rest of the franchise
7
Good

Assassin’s Creed Valhalla: Dawn Of Ragnarok Review
Everything Is Permitted
With a gorgeous world and story to match, Assasins’s Creed: Dawn Of Ragnarok expands the scope of the original game in a direction that is quite fantastical and is bound to pull you in one last time.
The Good
Bold new fantasy narrative featuring more Norse mythology
Svartálfaheimr shines as a setting for expansion
Divine armour and weapons is the class we never knew we were missing
The Bad
Hugr-Rip abilities are awesome but become tiring when needing to be recharged
Lacks context to the rest of the franchise
7
Good
In this article:assassin's creed valhalla, Dawn of Ragnarök, Ubisoft, Ubisoft Montreal, Viking 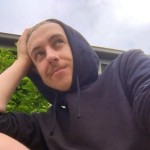 Alex (they/them) started reviewing games so as to prove to their friends they don’t just play Fortnite. They’re a passionate game dev with a love of games driven by complex narratives and relatable characters.