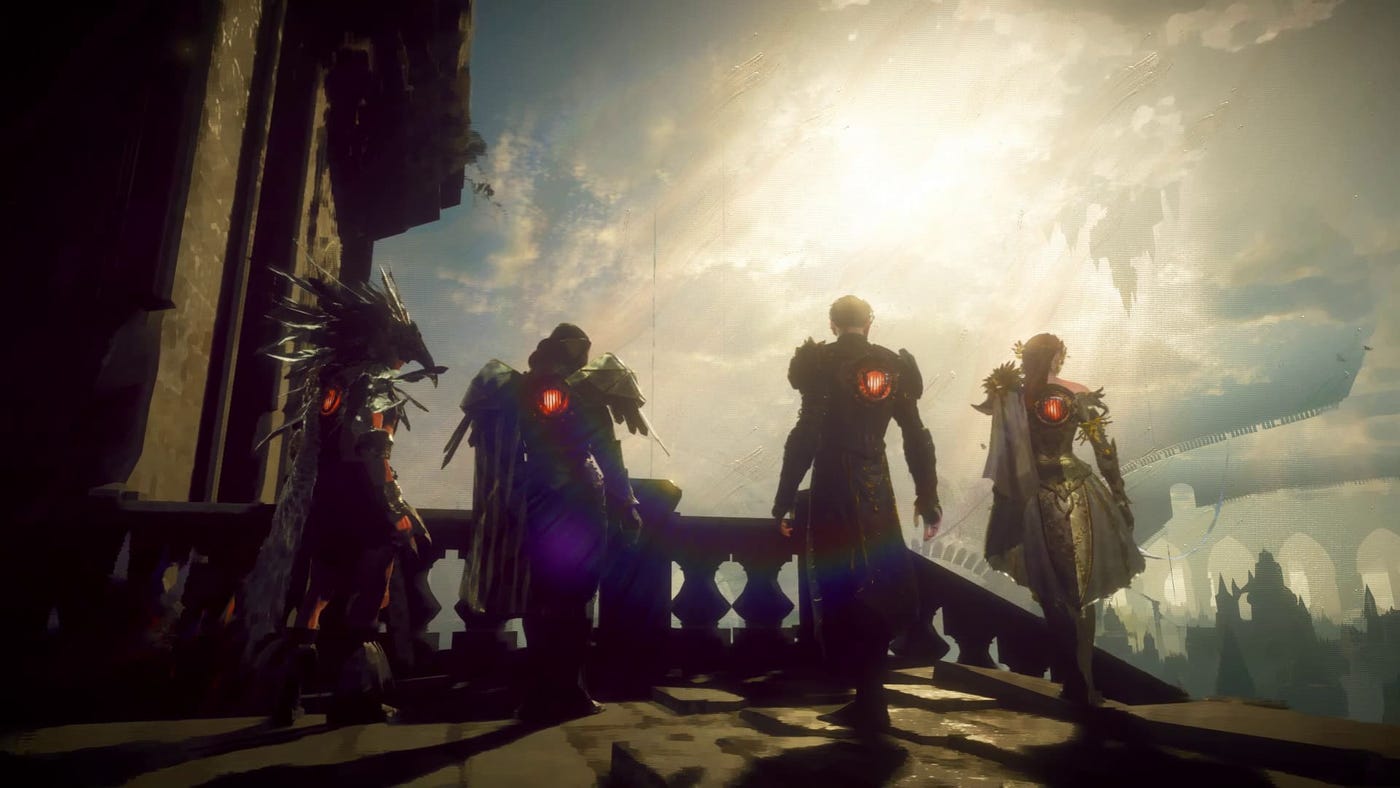 Developing video games is a difficult task, one as players we tend to take for granted. But developing any game when you’re a developer with high expectations attached to your brand is an even more devilish task that can sometimes come back to bite you. PlatinumGames are no strangers to quality titles, Nier Automata and Bayonetta set those standards, but so too are they susceptible to a mistake or two (Legend of Korra, anyone?).

So it is that Babylon’s Fall, published by Square Enix with incredibly little fanfare and barely a week after Elden Ring’s launch, steps out into the gaming world promising a marriage of Platinum’s high-octane action with an online multiplayer feature set. It’s a recipe that should have resulted in something tasty to snack on, but ultimately comes out as a burnt mess that does nothing but induce boredom.

It isn’t exactly a pretty experience

The early going provides ample warning signs that this isn’t the game you might have hoped for. You sign into or create your Square Enix account (a painful process in and of itself) before being greeted by a barebones character creation system full of caricatures and exceedingly rudimental explanations of each of the three main classes. Once you settle on something that roughly resembles satisfaction, the opening cut scene kicks in depicting your character amongst a group of chosen slaves who are set to go through the ritual of becoming Sentinels. It’s easy to tune out during this sequence of awkward voice overs, but all you really need to know is that you have been tasked to use your newly christened abilities to climb the towering Ziggurat and eliminate whatever you find inside.

There’s obviously more to it than that, something about the Sun’s blue tint causing death amongst those who live below among a few other minor story threads, but ultimately none of it matters as the narrative is nothing short of forgettable. Nothing about it is captivating as you’re introduced to those around you, a cast pulled from the RPG playbooks that do very little to leave a lasting impression. Compare that to the aforementioned Elden Ring, which does more to captivate you by simply allowing you to live within its space than attempt to explain things.

Once you do get into the action, Babylon’s Fall presents itself within a series of quests per region of the Ziggurat, though they all follow the same routine of progressing across each area, beating up a few random enemies to progress, then beating up the final round of enemies or a mini boss to finish things up. Wash, rinse, repeat. This wouldn’t be a problem if there was something to keep you interested along the way, but the dialogue is kept to a bare minimum and the cut scenes, a combination of in-engine sequences or a play on moving paintings, only play once the quests are done and dusted. None of it is interesting, with many of the voice actors seemingly just as bored with the concept.

They call this the Babylon stand-off

Whether you play solo or in a team of four Sentinels, there doesn’t seem to be a fair sense of balance. I completed most of the early quests on my own, which meant constantly running around in circles biding my time for attacks that very slowly chipped away at enemy health. In the exact same quests, a team of four can wipe enemies out almost instantly, swarming them just as much as they tried to push me on my own. In any other situation that’s just a reflection of your power output, but it seems rather clear that there’s no balancing for solo players, meaning some enemies will take a considerably longer amount of time to overcome as the have the exact same amount of health and enemy drops as a co-op experience.

There’s no better example of this problem than the first true boss who, across his three phases of attack, takes absolutely forever to overcome as you slowly chip away at his health bar even with four players in your party. Don’t even get me started on how hard it was to solo. The difficulty spike is obvious compared to the previous three quests, though later bosses are a little easier to solo thanks largely to improving your power level. Still, the grind to get there and the need to replay quests to retrieve weapons and armour necessary to make a dent remains a slog that never entertains.

Simply put, Babylon’s Fall is insipid. Its visual presentation, full of brown and blue splashes, so desperately wants to be something different, an attempt to feel like an oil painting come to life, but the results are blurry at best. Texture errors and awkward physics are everywhere, and I couldn’t help but laugh as my cloak looked like one heavy piece of plastic hanging off my character’s back barely shifting in the breeze. I’ll give credit where its warranted even for a game that struggles to achieve its targets, but Babylon’s Fall only has a solid framerate to give nods to. Everything else feels like a game that should have been in development for a good two or three more years.

Do you think Link would wear this?

If nothing else, Babylon’s Fall feels like a mobile title stretched thin across a console game release. The menus and overlays have that dated, freemium look about them, with a tiny network status icon constantly flashing in the top right. A combination of microtransactions and a season pass exist to entice players to spend their money, but none of the content on offer seems worthy of your time let alone your cash. The season pass itself is laughable, as your progress is determined by the daily or weekly quests you complete and not general XP based on enemies defeated. I’ve barely reached the first few ranks after a fair amount of hours played, meaning leveling up across that season pass will take forever and a day.

There’s late game content for those who do stick with it, with the ability to craft your own items to build your character your way for example, but all of those more interesting ideas and options should have been there from the get-go instead of being held back to try and keep you interested once the initial lot of quests are done. You could make the argument that, with time, perhaps Platinum could turn things around with a bunch of content drops and maybe an update lick of paint, but who knows if even the servers will remain live long enough for them to repair the damage.

I can in no way recommend Babylon’s Fall. It’s the most disappointing experience I’ve played in years, a combination of poorly defined ideas and a lacklustre sense of visual identity that does nothing to feel like a PlatinumGames experience. That’s the most frustrating thing of all, that a studio with such a strong back catalogue could release such a basic, uninspiring title in this modern era, as if they just handed the project to the interns and forgot about it until it was too late. Whatever positives there might be are few and far between in a title that likely won’t get a chance to fix itself before Square Enix eventually pulls the plug. 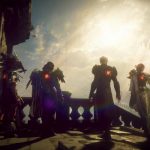 Babylon’s Fall Review
A damn shame
This isn’t the PlatinumGames experience I expected, and that’s the most depressing part of it all. An absolute waste of potential that should have been far greater than this mess of a release that will quickly be forgotten.
The Good
Solid framerates
Load times are decent
The Bad
Uninspiring visual identity
Action is far too slow for a Platinum game
Barely any variety across each quest
Forgettable narrative and characters
Sadly boring and frustrating
3
Rubbish

Babylon’s Fall Review
A damn shame
This isn’t the PlatinumGames experience I expected, and that’s the most depressing part of it all. An absolute waste of potential that should have been far greater than this mess of a release that will quickly be forgotten.
The Good
Solid framerates
Load times are decent
The Bad
Uninspiring visual identity
Action is far too slow for a Platinum game
Barely any variety across each quest
Forgettable narrative and characters
Sadly boring and frustrating
3
Rubbish
In this article: