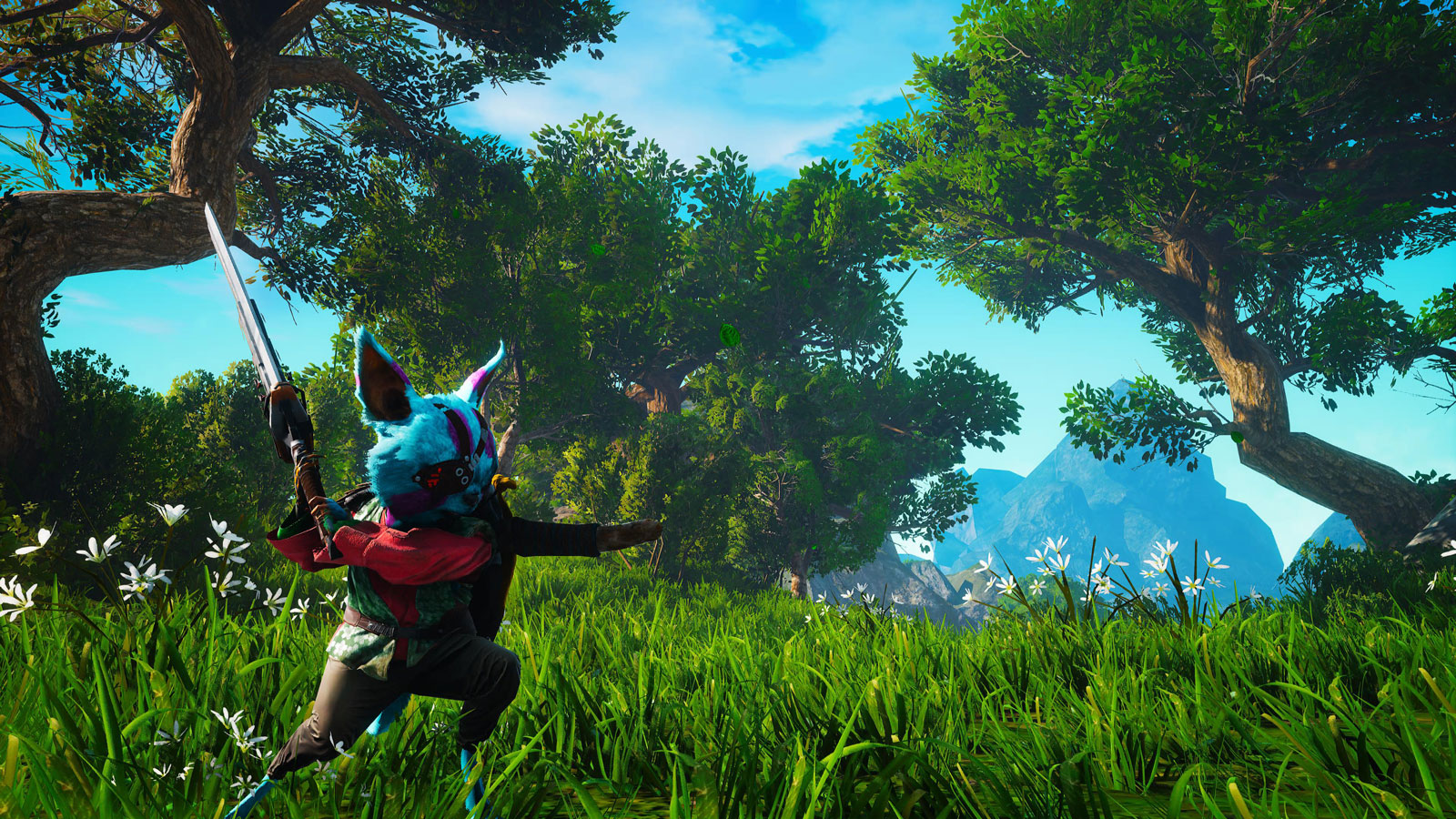 The modern day video game industry is powered by sequels, remasters and remakes. To several publishers, new IPs are considered too expensive and risky, considering the resources required to build a game from the ground up. Plus, the number of games that go on to become established franchises has declined in recent years, which is why companies persist with established brands. But while iteration is a natural evolution of a game series, fresh new ideas and concepts are just as important, if not more, when it comes to pushing the medium forward.

For the past three weeks I’ve been playing Biomutant from Experiment 101, a game that was first announced back in 2017 and has been in ‘development hell’ ever since it failed to hit its initial release window of late 2018. However, the truth is that Experiment 101’s small team of around 20 developers have been hard at work finishing and polishing the game as best they can. Chatting with Experiment 101 studio head and Biomutant’s creative director Stefan Ljungqvist, it’s obvious that Biomutant is a labour of love for the studio, and although he doesn’t use these words, his tone evokes a sense of pride in what the team has achieved.

I had no idea what to expect from the game after watching the reveal trailer, but after going hands-on with the finished product almost four years later, I believe that Biomutant serves as a reminder that sometimes creativity is a game’s best asset, and while letting the developers ‘go for their life’ might not result in a bestseller, it shows that some studios are still willing to take risks.

So far my time with Biomutant has totalled about 15 hours, and given that I dig post-apocalyptic settings, exploring the colourful world that Experiment 101 has crafted has been an enjoyable experience. Often I’ll simply gallivant around admiring the lush vistas and the ruins of lost cities strewn across the world. It gets my imagination going as I wonder what the world was like before the end came. As someone who doesn’t have tons of time to play games for leisure, Biomutant has been my nightcap, allowing me to switch off and just take it all in at a slower pace than what I would do if I was reviewing a game.

There’s no doubt that I’m a sucker for a good premise, and on paper Biomutant’s premise is utterly wild. Playing as a kung-fu-trained, gun-wielding, sword-swinging marsupial who’s attempting to save a world full of gibberish-speaking creatures by fighting other crazy mutated creatures just sounds like a bloody good time. Let’s not forget that your appearance mutates with every upgrade choice made and that the story is narrated in a way that makes you feel like you’re watching a National Geographic documentary. I don’t know about you but even if I coded a bot to watch thousands of hours of nature documentaries, old school Saturday morning cartoons and turn of the century Flash animations, it couldn’t have come up with a premise this unique.

This brings me to what I really love about Experiment 101 and Biomutant – the dedication to see its vision through, even with the challenges of having a small team. It’s a mindset that seems to flourish in the AA space, with companies such as Focus Home Interactive and Dontnod establishing themselves as a result of this ethos. Some praise must be given to the Biomutant’s publisher THQ Nordic, who has seemingly left Experiment 101 to its devices and given the studio the time it needs to execute its vision.

Biomutant’s world is full of colour and beauty

Of course, Biomutant doesn’t get everything right and it’s not going to be for everyone, with more than a few design hiccups, such as janky combat and overbearing narration. Much like its weapon crafting system where players mix and match anything and everything found in the world, Biomutant is a collection of ideas and mechanics found in other games. One could say it’s a jack of all trades, but a master of none. But while Biomutant’s attempt to mesh them into a cohesive form isn’t always convincing, it is admirable.

At the end of the day not every risk will reap rewards, and while Biomutant isn’t going to take home any awards, it certainly has what it takes to carve out a cult following. It’s got a ton of heart, which Experiment 101 wears on its furry sleeve, and there’s fun to be had in its wacky and colourful open world. Most of all, it knew what it wanted to be, sticking to its kung-fu guns right until the very end.

You can read our review of Biomutant here.