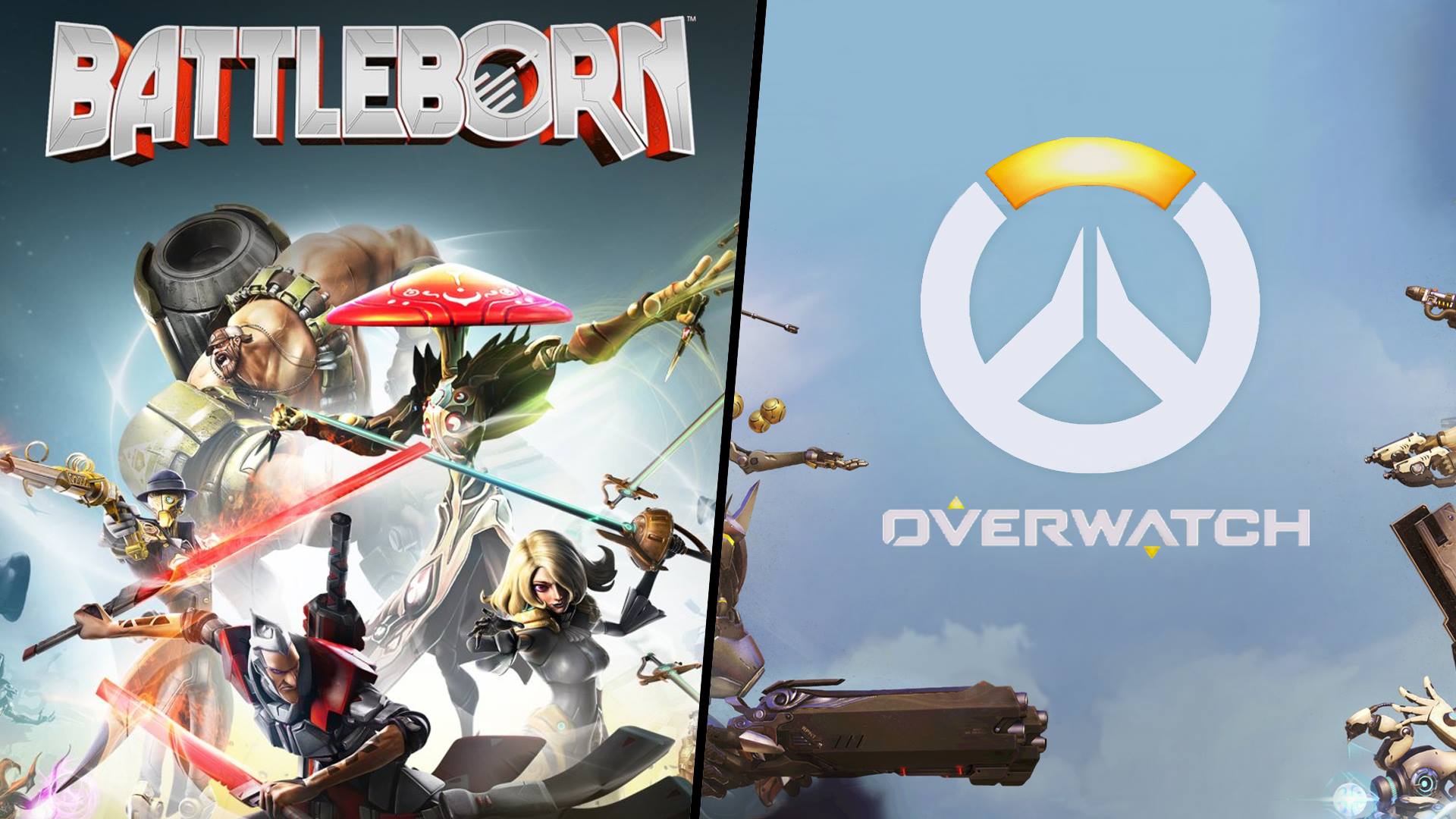 Much has been made of the apparent similarities between 2K’s Battleborn and Blizzard’s Overwatch, so much so that Blizzard subtly made it part of a marketing ploy when they opened up their beta on the day that Battleborn launched. But is this comparison apt? No, no it is not. In terms of their fundamental gameplay design these games are more different than helping your uncle jack off a horse and helping your Uncle Jack off a horse. Let’s discuss…

Although Battleborn throws in dashes of Borderlandsesque FPS stylings, it is at its colourful core a MOBA; all the hallmarks are there. In particular, levelling up through a match as you gain experience and the presence of minions who are generally central to the game’s momentum and objectives mark this as belonging to the same category as titles such as League of Legends, Dawn of the Ancients and Smite. Contrast this to a game like Overwatch, where there no objectives involving minions and the focus is purely on player vs player confrontations while achieving the objective. Although it kind of defies common genre descriptions, if you had to compare it to anything it would be Valve’s class-based shooter Team Fortress 2. No one in their right mind would consider Overwatch a MOBA, and unless you’ve been huffing too much of Miko’s healing mushroom spores you’d have to recognise Battleborn’s very strong leanings in that direction.

No more magic mushrooms for you!

The levelling system of Battleborn (both during the match as well as the overarching progression system) marks a complete and utter difference in design philosophy as well. During a match in Battleborn, your character goes from being quite weak to incredibly powerful over ten levels, with an option between two upgrades to your abilities per level presented in a helix. Depending on how good you are might mean you can travel those levels faster, and crush the opposition as they flail in the wake of your more powerful abilities. Additionally, experience gained during a match goes towards your character’s overall rank which unlocks more options in the helix upgrade system. Contrast this with Overwatch, where anyone who walks into the game has exactly the same gameplay benefits as the next person regardless of time played or kills achieved throughout a match. The Genji I’ve spent 1000 hours playing will have the exact same abilities as the Genji your grandma plays when she decides to give online adversarial shooters a crack for the first time. Indeed, one concern with Overwatch’s design is whether the progression – which nets you purely cosmetic items- is enough to keep people playing. Many require that carrot on a stick with that constant sense of progression, but Overwatch is not that game. I argue that people who enjoy playing and levelling up characters in Battleborn are almost diametrically opposed in terms of personality to those who main a character in Overwatch. This isn’t to say that either design or type of player is superior to the other just that they come from firmly different camps.

So why is this comparison being made at all? The only thing I can really draw between the two are the superficial similarities in terms of aesthetics. Both games use a very bright, vibrant colour palette to bring a roster of outlandish characters to life, and the environments are similarly colourful. Personally I’d say that Battleborn’s character art direction is a little more left-field, but this is hardly important. Whether I’m a penguin in a mech suit or a robot with a bird, it’s the gameplay that speaks, and in terms of this, Battleborn and Overwatch are speaking completely different languages.

It’s hard to tell, but Hanzo is saddened by these comparisons

The problem with arguments over this comparison is that it honours neither game. I’d say Overwatch is probably more innovative in terms of its gameplay design, but Battleborn is most certainly worth a whirl for you MOBA fans out there. It seems a theme that gamers feel like they need to justify their own position by taking pleasure in the misfortune of apparent competitors (which of course fuels the inane console wars). It is this thinking though that might hold you back from a good experience, simply because you are too keen to jump on a virtual bandwagon and quaff the poisonous Kool-Aid. My advice (as it is in the console wars too) is to play both and make up your own mind.