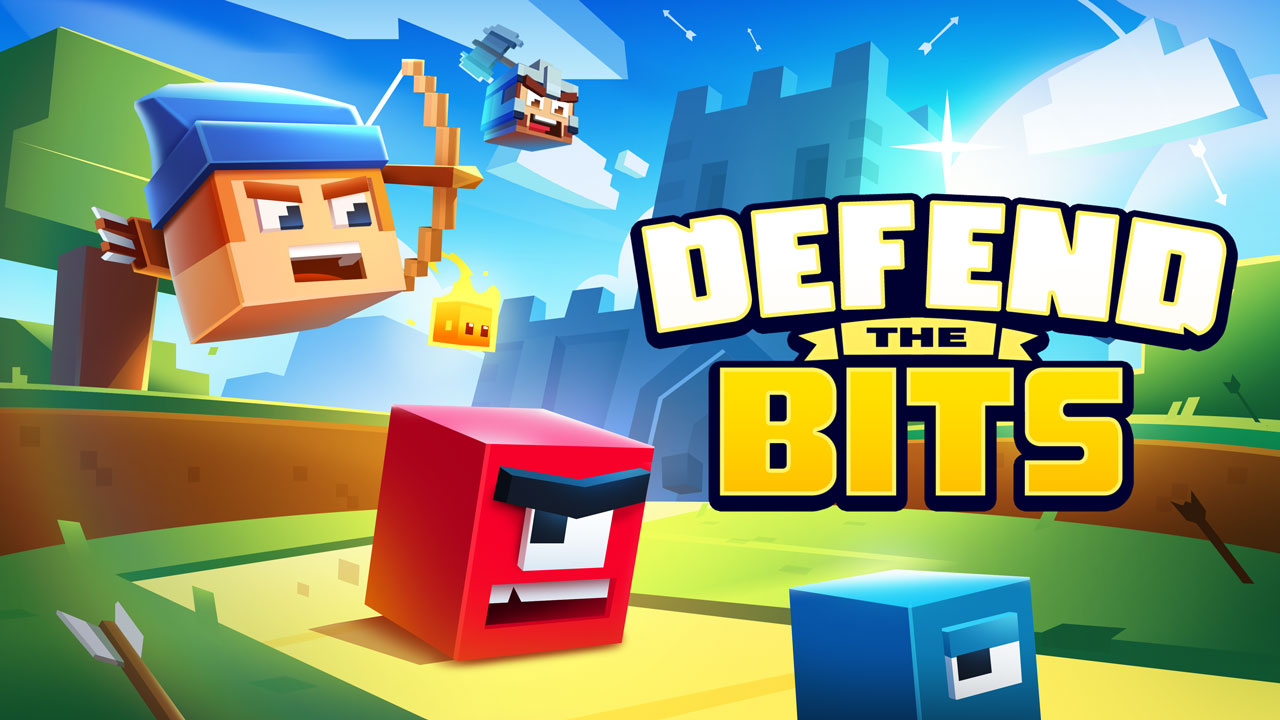 As Australia’s reputation in the gaming sphere continues to grow, so do the studios that make up our gaming landscape. One developer that has seen tremendous growth is PlaySide, the country’s largest game developer. The studio began its journey in Melbourne in 2012 and since then has partnered with some of the world’s biggest IPs and publishers, listed itself on the Australian Stock Exchange, and opened up a second studio on the Gold Coast, PlaySide North, in January 2022. A week ago the studio released its debut PC title, Defend The Bits TD in Early Access. We caught up with PlaySide North lead Steven Yeakey to discuss the game and what the future of PlaySide holds.

WellPlayed: Thanks for taking the time to chat with us today. What’s the elevator pitch for Defend The Bits TD?

WP: Why did you decide to launch in Early Access? What benefits do you think it will bring to the experience?

SY: Defend The Bits is made with a lot of love and as developers we believe in working closely with our players to make this game the best that it can be. Early Access gives us as developers the opportunity to work with players to get a better understanding of how you play the game and what experiences you’re looking for.

Player feedback is essential to ensuring we’re heading in the right direction while allowing us to explore different game ideas alongside the people that enjoy playing them. The faster we know something isn’t working, the quicker we will be able to figure out why and make the game better for everyone.”

WP: Defend The Bits TD has an upgrade system, what can you tell us about it?

SY: As you progress through the game you’ll complete levels, quests and defeat waves of enemies. You’ll earn keys to spend on hundreds of permanent upgrades to your bits. In matches you’ll earn gold and decide which units to upgrade for that level with heaps of options throughout the 20+ units available.

WP: There is a myriad of tower defence games available. What is Defend The Bits TD bringing to the genre, if anything?

SY: We’ve really tried to focus on the core of the tower defence genre while keeping distractions and additions to a minimum for this Early Access release. We have a lot of plans on how to explore the genre further, but we’re focused on getting the fundamentals right before we head in that direction!

SY: We have a team actively working on Defend the Bits and are committed to supporting the game alongside the community.  We look forward to working with them and taking on their feedback now and into the future. We have ambitious plans for Defend the Bits and we’re excited to get new features and content into players’ hands throughout Early Access.

WP: Will the game feature any monetisation at all?

SY: We have experimented with some microtransactions but we have no plans to currently implement them in the PC version.

WP: Do you have a timeline for when you want to release the full version?

SY: At this stage we are focussed on Early Access and making the game the best it can be alongside our community. We will communicate full version plans at a later time

WP: Are you looking to bring Defend The Bits TD to any other platforms?

SY: Defend the Bits started as a mobile game and we’re only now bringing it to Steam.

Defend The Bits TD in action

WP: Defend The Bits TD is the debut game from PlaySide North, the Gold Coast-based studio. When did you start work on the game? You must be excited to get your first project into the hands of players?

SY: Yes we are very excited to get this PC based launch into the hands of players. The game was initially released on Mobile and we thought it could also resonate with PC players as well. We look forward to a new set of players experiencing this title.

WP: PlaySide has worked with some big IPs such as The Walking Dead, Jumanji, TMNT and more. How does developing your own IP compare?

SY: We absolutely love working with our partners on their IP and we have been fortunate to work with the major Hollywood studios as well as some global games brands. However there is something special when you create your own title. Whether that is Age of Darkness:Final Stand, Animal Warfare or Defend The Bits. Overall we think players will have a lot of fun with Defend The Bits and we look forward to their reactions through our community.

WP: How did the experience of working with big-name titles influence Defend The Bits TD development?

SY: Like anything the more you do the better you get at it. The one thing we do at PlaySide is continually evolve how we go about development by leveraging all of the experiences that come from working on more than 50 titles since the company was formed. Our talented dev team has fused together the learnings and experience from our vast portfolio into this title.

WP: PlaySide recently signed a deal with 2K, which is very exciting. Can we expect more new IPs from PlaySide in the future or are partnerships with other publishers and IPs something the company would like to explore more?

SY: Absolutely. We already have a partnership with Activision Blizzard and we have a very experienced business development team with deep relationships that is always working with other studios and major IP holders for potential opportunities. However, we always take a balanced approach when making these decisions, so we’re very careful about the partnerships we do enter into, to ensure they have both strategic significance for the future of PlaySide, and are financially sound.

WP: What does the future hold for PlaySide North and PlaySide as a whole?

SY: We will continue to strive to make great games for players across different platforms and genres. Whether that be PlaySide North or PlaySide as a whole. We will continue to work with global games brands delivering value to them and showcasing our AAA development capabilities. There are a number of titles we have under development and we look forward to sharing more details in the not too distant future.

WP: Over the last few years the Australian games industry has seen huge growth. How does this impact PlaySide’s decisions on what projects to tackle?

SY: Yes it certainly has, there have been a number of acquisitions of local studios by large overseas companies with strong expansion plans, also the federal Government’s 30% tax offset which we believe will encourage international studios to invest in Australian based studios. These factors are very exciting for the industry as a whole. The reality is you can’t ignore these factors but we actually see them as opportunities because it shines a light on our local industry from a global perspective. The reality though the spend in Australia on games is just over $3B and the Global games market in 2022 is forecasted to be $203B so whilst we have good awareness of the local market, we do look closely at the overall global games trends to determine what projects we wish to pursue.

WP: Good luck with the launch and ongoing development of Defend The Bits TD.

If you’d like to check out Defend The Bits TD, you can find the game’s Steam page here.