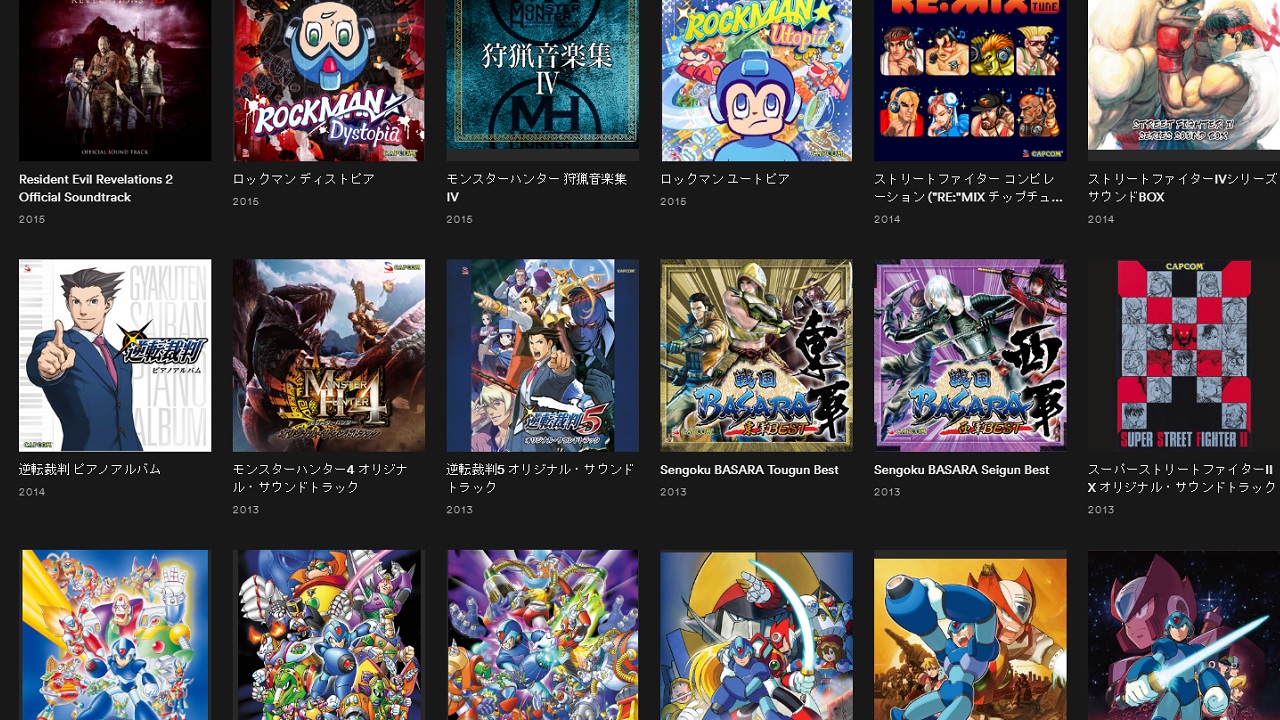 Anybody who knows me will know damn well that I love video game soundtracks. I’m a huge junkie for them; I can never not mention a game’s music when I talk about it to friends and/or family. Sure, I’ve become more ‘actual’ music-centered as I get older. But I’ll always hold a soft spot for the works of folks like Frank Klepacki or Stephen Rippy.

If you’re like me, you’ll be lamenting the lack of video game soundtracks on Spotify. There’s plenty, don’t get me wrong, but game scores didn’t often get published in an official capacity. When they come to vinyl, they’re either too expensive or gone too quickly for me to add to my collection. When they came to CD, that was 20 years ago yes 1999 was two decades ago.

So, Spotify it is. Luckily, some publishers like SEGA, SNK and EA have put some of their catalogues onto the world’s biggest music platform. The latest to join them is the owner of some of the best soundtracks out there: Capcom.

So, Capcom just added
uh
everything?
to their Spotify
There's way too much stuff to list but there's Devil May Cry, Monster Hunter, Street Fighter, Phoenix Wright, Mega Man and lots of arranged albums too pic.twitter.com/pV8ykvgglF

Amongst the released soundtracks  are series like Monster Hunter, Devil May Cry, loads of Mega Man, and Ace Attorney (albeit the Japan-only GBA versions). There’s even some remix albums! While the text is in Japanese, the album cover art should mark each game pretty clearly. PC Gamer have reported that some of this music is region-locked in the US, but that’s not the biggest problem. Yes, we have Street Fighter III: Third Strike (the best one) but this Spotify artist page can’t take us for a ride:

In this article:2019, ace attorney, Aza Hudson, Capcom, devil may cry, I WANNA TAKE YOU FOR A RIDE, mega man, monster hunter, news, soundtracks, spotify, Street Fighter, THE TIME HAS COME AND SO HAVE I