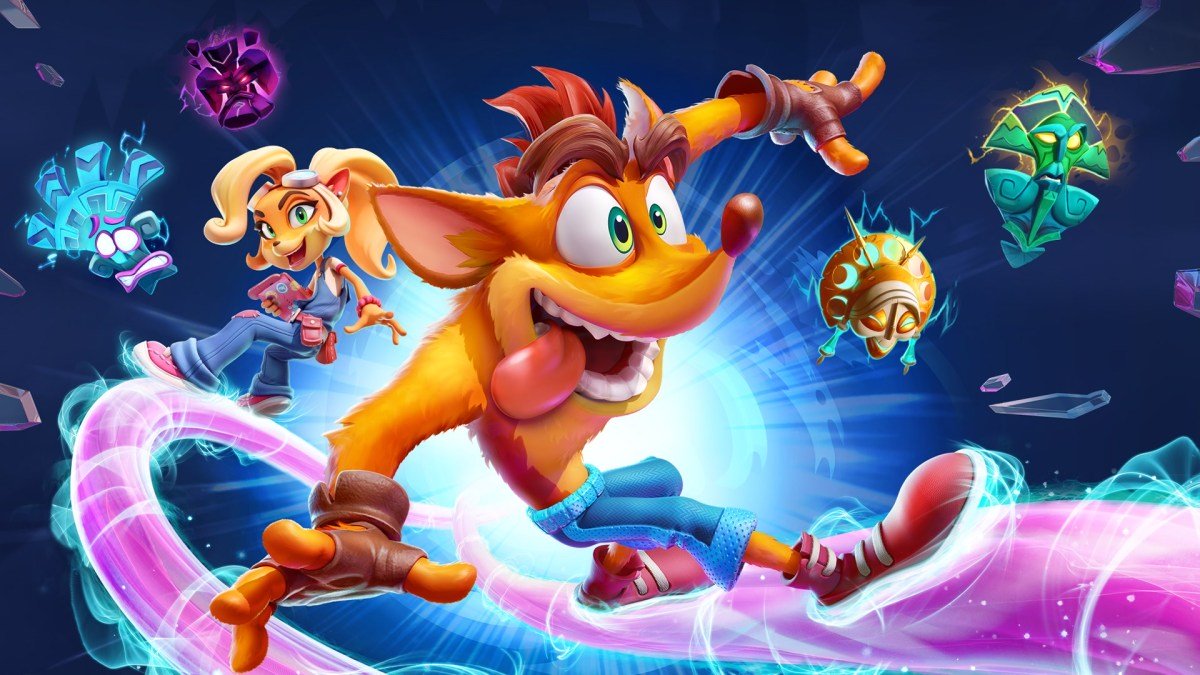 Well it’s about, no no no, that fruit is hanging way too low. Last year, fans of the spinning marsupial mascot finally got a long-awaited sequel in the form of Crash Bandicoot 4: It’s About Time, coming after the well-received remake of the original trilogy that was The N. Sane Trilogy.

Releasing in October of 2020, we all assumed that Crash would eventually be heading to next-gen consoles and those assumptions were spot on. Crash Bandicoot 4: It’s About Time will be releasing on PS5, Xbox Series X/S and Switch on March 12. If you already own the game on PS4 or Xbox One you’ll be entitled to a free upgrade to the next-gen versions.

Switch users will without a doubt be keen to get their hands on this solid platformer (we gave it an 8), but those who have a next-gen console should also get excited as the game will feature some tasty new features. PS5 and Xbox Series X/S versions will run at 4K/60FPS, making a visually impressive game even better looking. PS5 players will get even more features, including 3D audio and DualSense controller support.

Are you keen to play Crash 4 on next-gen? Will you pick it up on Switch? Let us know.