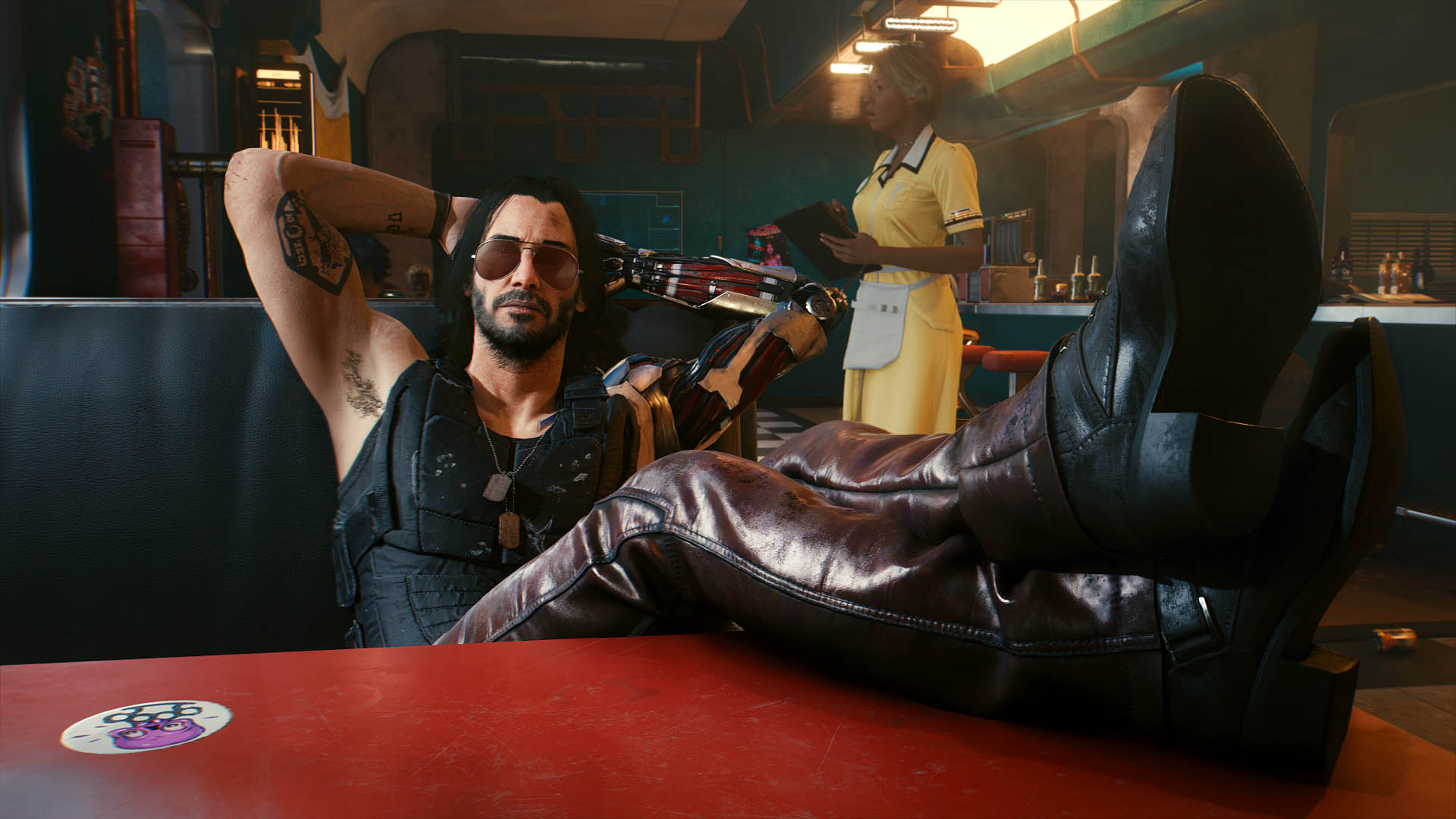 Now that we’re well and truly on the path to the (hopeful!) release of the hyper-anticipated Cyberpunk 2077, developer CD Projekt Red has given the hype train one last big gulp of fuel before it reaches its destination.

In the newest episode of its Night City Wire informational video series, the studio goes over a number of juicy new bits of information including what’s gone into the game’s musical score and voice work as well as a (slightly spoiler-y) look at Keanu Reeves’ character Johnny Silverhand. We also get another massive look at gameplay ahead of the December 10 release with a five-minute blowout to pore over. You can check out the full thing below, or keep scrolling for a quick breakdown and some individual sections of the episode to dive into:

The first 13 minutes or so of the episode focuses on the character of Johnny Silverhand, played by the breathtaking Keanu, as well as a behind the scenes video with the man himself and a deep dive with developer Borys Pugacz-Muraszkiewicz on the process of bringing Johnny Silverhand to life. To be honest, many parts of this video could be considered to be spoiling too much, and certainly from watching it you can almost make some pretty major conclusions about where V and Johnny’s story will eventually take them, so watch at your own risk.

The middle section with Keanu talking about his experience providing voice and capture to such an open-ended game is a safe and worthy watch, though:

Following that is a look at the extensive, exhaustive collection of original music both from CD Projekt Red’s talent as well as a swathe of collaborations with fantastic artists like Grimes and Run The Jewels featuring on in-game radio stations. It’s super impressive to hear that the team has created over seven hours of music to score nearly every individual quest and area in the game, and it’s all sounding slick as hell. In the video, RTJ’s Killer Mike says “We want to provide you with the soundtrack to fucking shit up…”, which just about says everything you need to know.

A six-track EP of original music is available on streaming services right now:

When the game launches, Cyberpunk 2077 will be available in 10 languages, and the technology powering this is called JALI. The next section of the episode shows off this tech, which provides extremely high quality lip syncing for the game’s characters automatically across all of these languages. It’s impressive as heck, and well worth watching.

After talking digital bonus goodies and dropping the bombshell that press around the world (but not Australia, sadly) have around 16 hours of hands-on gameplay to talk about (see IGN and Gamespot’s previews here) we get a look at the mammoth gameplay trailer that should have fans suitably hyped to get their own hands on the game very shortly. Check that out below:

Cyberpunk 2077 releases on December 10, 2020 for PC, PlayStation 4 and Xbox One, and will also play great on the PlayStation 5 and Xbox Series S|X.