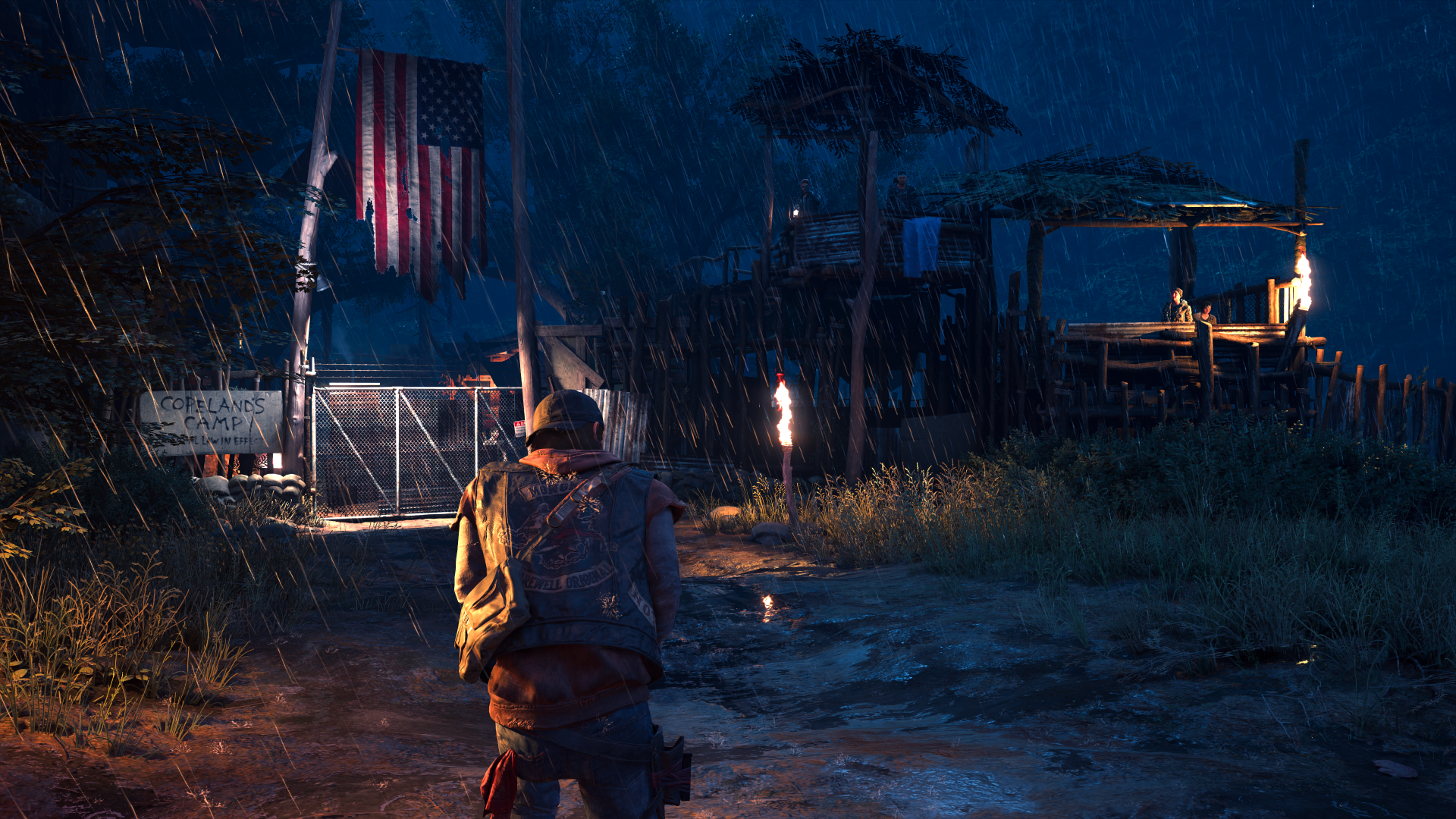 Sony’s Bend Studio has made the announcement this morning that the highly anticipated PlayStation 4 exclusive, Days Gone, will release on February 22, 2019. This was announced via a new trailer uploaded to the PlayStation YouTube channel. They also used the trailer to reveal two new animal threats in forms of mountain lions (or cougars) and infected ravens which are named “Criers” in the world of Days Gone.

“We see another ambush event as Marauders torch an old vehicle and roll it onto the highway trying to knock Deacon from his bike. And the video ends with Deacon running out of gas out in the middle of nowhere – a quiet moment, perhaps, but maybe the deadliest of all.” – John Gavin, Bend Studio Creative Director via PlayStation Blog

The trailer also sees the introduction of a new enemy human faction name Rest In Peace (RIP). RIP is a cult that worships the Freakers. Members of this cult are known as “Rippers” and dress like Freakers, killing anyone who isn’t a part of their insane cult. It seems that the Rippers’ role isn’t just pertinent to the story, but they also play a large role in the in-game ecology of Rippers.

“When you get a chance to take down a Ripper camp, try bringing in a Swarm and see what happens – Rippers refuse to kill Freakers, and the results can be very entertaining.” – John Gavin, Bend Studio Creative Director via PlayStation Blog

We also see the introduction of three characters in this new trailer, two of which have never been revealed before. First up is William “Boozer” Gray, who was first introduced in the game’s E3 2016 reveal trailer, riding with Deacon on the broken road. They appear to be members – or ex-members – of the Mongrels MC. Boozer is played by Jim Pirri, the man who voiced “Regis Lucis Caelum CXIII” in Final Fantasy XV and “John Anderson” in Wolfenstein II: The New Colossus as well as various other roles in other games.

“For the role of Boozer, we needed a special actor who could help us tell the story. Boozer has to be tough, cynical, and a badass; but his friendship and brotherhood with Deacon has to come through as well. Jim has helped turn Boozer into a compelling and very human character.” – John Gavin, Bend Studio Creative Director via PlayStation Blog

The other characters introduced are Alkai Turned (played by Jonathan Ross), an arms dealer at the Hotsprings survivor encampment, and Ada Tucker (played by DeeDee Rescher) who is a former prison matron that now runs the Hotsprings camp.