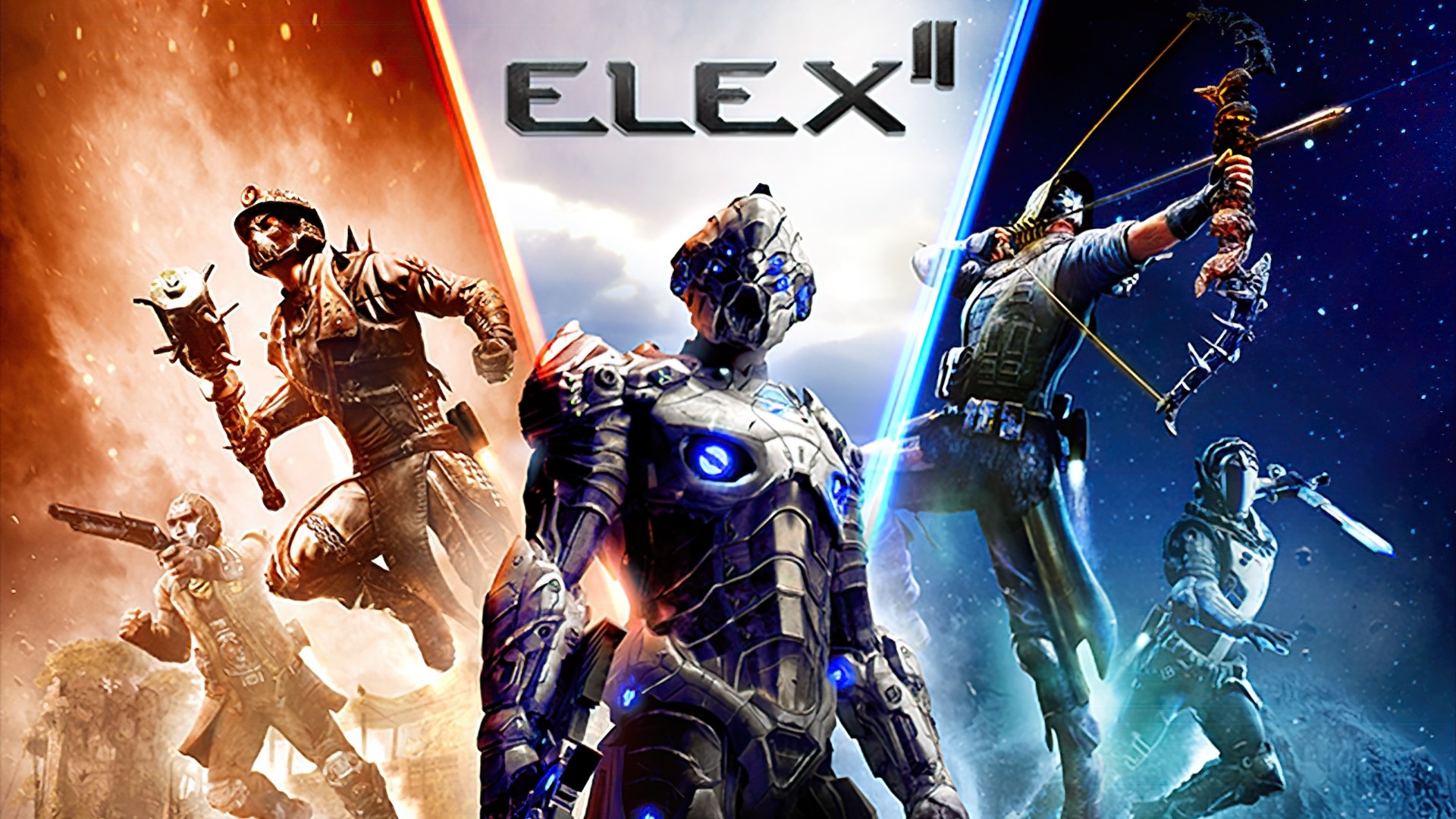 Let me tell you a story about an individual from 2017. This individual made the questionable decision of reviewing a brand new sci-fi action RPG from a developer who has a history of great ideas but poor execution. This person went in with the most open mind around and gave this game a fair shot. That was a mistake. While this person saw the intention behind the game, it was just not done well. This person was me, and that game was Elex. I have fallen victim to this once again with Elex II. I am gullible and believe everyone should be given a fair shot, and I regret my decision. This game is…not good.

Elex II is a direct sequel to the original 2017 action RPG, so if you haven’t followed the story, it’s very easy to get lost. Hell, even if you have followed it, it’s very easy to get lost because the presentation is so inconsistent. It starts with an animated story dump which makes so many cuts that it ends up not setting much up at all. All I could tell you is that it follows Jax, the guy from the previous game, and the world is still in a terrible state where these weird alien things have shown up on the planet or something. I’m not sure, I was thrown off by how the pre-rendered cutscenes have somehow been set in locations that are completely different to the ones you end up playing in. For instance, in one of the opening areas, there is a grassy, vegetated cliffside that you are running across and when the pre-rendered cutscene takes over, it’s all dry, craggy and devoid of vegetation. This very quickly pulls you out of it as it all feels disconnected from the events of the game itself.

To attempt to help portray a story in which the presentation goes all over the place, there are dialogue trees that are also an absolute mess, filled with poorly written dialogue that you probably think would never come out of someone’s mouth. To make matters worse, the voice acting is just…bad. This isn’t a matter of bad lines forcing bad delivery, because even the worst lines can come out okay with decent voice actors (look at vanilla Destiny), but this is a matter of both things being bad. I’m not sure if it’s just bad translation/localisation, but a lot of it just misses the mark, both in terms of delivery and coherence. In most games, once you start a dialogue tree, a lot of it follows a pretty logical path of conversation and you get meaningful information from it. Look at The Witcher 3 or The Elder Scrolls. There are a certain set of rules and flow that these dialogue trees must adhere to, and the games are better for it. This game breaks that logic in the worst way, as you can be having one conversation with someone and then interrupt that conversation with an entirely different topic with the same person. There were points where I would accidentally start another topic, see that topic through and then leave, only to be reminded that I had the wrong conversation and so I’d need to walk all the way back to that NPC to try and get the right string of dialogue choices to progress the quest.

One of the biggest problems Elex II has is in its stat system. It’s hard to really revolutionise a stat system in a genre that has been so oversaturated by more contemporary design that focuses on gear score for stats rather than the specific attributes of your character. Some games do a better job of this by allowing for the progression path to be skill or perk based, like in Skyrim. Elex II tries to walk a fine line between all these different character building systems, and does so pretty poorly. There is, of course, a level system which awards attribute points that you can invest in various stats. These attributes only have bonuses tied to them for every 5 points invested. For instance, you can invest five points into Vitality to gain extra health. How much extra health, you ask? One point. I’m not joking. One point of health. With numbers as low as this, there is no real point to these attribute bonuses outside of giving the player a microsystem that they should ignore, but putting it in big bold letters that make the player think it is important.

The real importance of your stat allocation has to do with the skill tree and gear. There are stat requirements for each perk, weapon, armour piece and other items, which all play a very vital role in how you build your character. I actually really like this system. It feels like there are actual consequences to your build choices, rather than just being an easy jack of all trades like in a lot of other modern RPG games. It’s in this sense of agency and choice that Elex II feels at its best. Could the game do a better job at explaining this to you, making sure you understand the importance of your decisions in your character’s progression? Absolutely. Its communication is archaic in the worst ways possible. You can point the player in the right direction without giving away every detail or nuance of a game system. Piranha Bytes has just opted for virtually no information, which leaves way too many avenues to waste the player’s time. If I didn’t have experience from the previous game, it would have been far too easy to miss this.

If there is one thing that you would hope to get right in an action RPG, it would be combat. The original game didn’t really get it right, but this game gets it worse. The combat just feels terrible to play. Everything from the sound design to the animation, it all feels so stilted and unsatisfying to the point where every time I engaged in combat I would long to be back playing Elden Ring. Combat doesn’t need to feel inventive or break the mold, but it needs to be engaging. Elex II’s combat is some of the worst I have ever played.

The one major improvement from the original is the ability to vault/mantle, so good job there. It felt rather stupid to have a sense of importance placed on verticality and then just letting your character bash their face on a ledge. It was very funny, though.

The general art direction is fairly nice, when the horrid optimisation doesn’t get in the way. To get this game running kind of okay on a Ryzen 9 5900HX and a RTX 3080, I had to drop down to 1080p from 1440p and run everything on relatively low settings. Even then, it still sat well below 60 frame per second, on a system that is way overspecced for most modern games. This has to be one of the most poorly optimised games that I have ever played. It runs so poorly that I honestly feel like it’s bloatware at this point. I played the original on PS4 and it certainly ran poorly there, but I never imagined that the sequel would run this terribly on PC. Additionally, for some reason when I ran the game at 1440p, I’d be imposed with a hard limit of 60Hz for my refresh rate, but when set to 1080p it would go all the way to 240Hz. This makes no sense.

It is a shame that the optimisation gets in the way of some of the art, as it can be quite interesting and I respect its earnest attempt at creating something. Unfortunately, to get this running in an acceptable state I had to crank things so low that landscapes often looked like they were made from Playdoh, completely missing shadows and ambient occlusion. It all felt so flat and video gamey, rather than an actual world.

As I close Elex II for the last time, I begin to cry and apologise to my computer for running such an atrocity. Saying this game misses the mark would be an understatement. From unsatisfying combat, frustratingly archaic game systems and communication, to poor writing and presentation, this game completely fails in so many ways. It felt like I was being punished for something by playing this. The only recommendation I can have for this game is to completely avoid it. Not even a bargain bin can justify it. Please don’t make me play any more of this. 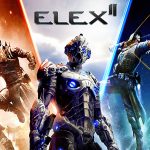 Elex II Review
Fool me once...
The saying that everything deserves a second chance should not have applied to Elex. Elex II takes so many steps backwards from an already poor game, it’s astounding. Its writing, optimisation, combat, and game systems all stand as a new benchmark on what to not do.
The Good
There's mantling/vaulting now
The art can be nice
The Bad
Dreadful writing
Awful combat
Poorly communicated game systems
Truly horrendous optimisation
3
Rubbish

Elex II Review
Fool me once...
The saying that everything deserves a second chance should not have applied to Elex. Elex II takes so many steps backwards from an already poor game, it’s astounding. Its writing, optimisation, combat, and game systems all stand as a new benchmark on what to not do.
The Good
There's mantling/vaulting now
The art can be nice
The Bad
Dreadful writing
Awful combat
Poorly communicated game systems
Truly horrendous optimisation
3
Rubbish
In this article:Elex II, Piranha Bytes, THQ Nordic