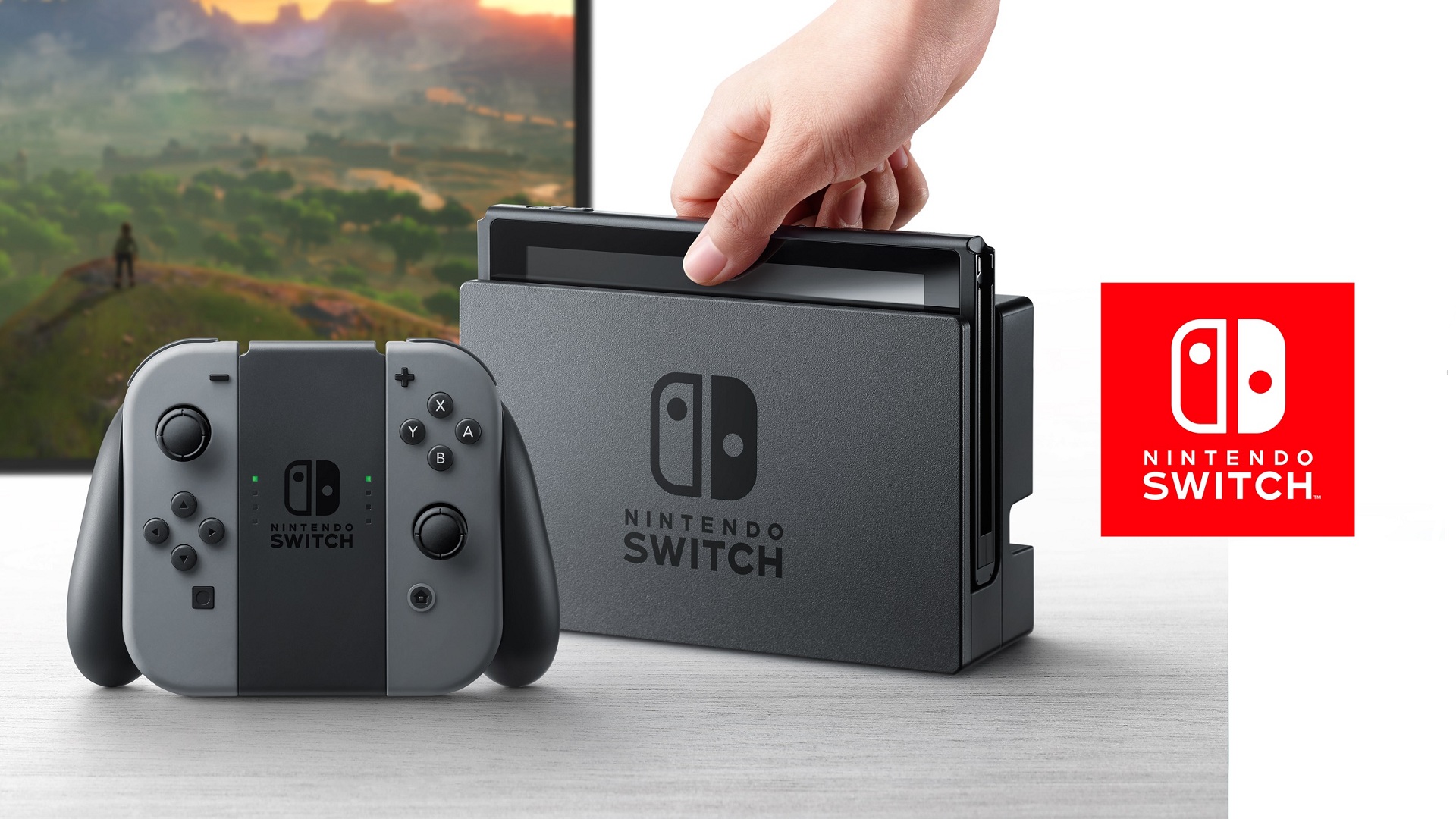 In a trailer revealed today, Nintendo formally announced their upcoming console. Formerly known as the Nintendo NX, it’s been given a name: Nintendo Switch. It’s ambitious, it’s revolutionary, and it’s looking radical. Just how radical? You wait and see, motherlickers.

The first thing you’ll notice about the Switch is its biggest feature; it’s a home console and a handheld at the same time. At home, the Switch rests in a dock that connects the console to the TV. By simply splitting (heheheh) the controller — known as the Joy-Con — and connecting it to the console with a minute gesture, you can bring the handheld screen out of the console! Vice versa is just as easy, and the screens will swap over in an instant. If that doesn’t make you rock hard, hold on to your hats. The handheld version runs at the same graphical setting and doesn’t have a limit to travel, so you can take it literally anywhere. On a bus, on a plane, on a camper van, on the USS Iowa…you get the idea. This tablet can host multiplayer, run online gaming, and even connect to other ones on the go! The halves of the Joy-Con can also house different players, which gives the Switch its splitscreen capability. Nintendo’s keeping mum about backwards compatability, but the trailer showed people playing Mario Kart 8 — or an unannounced Mario Kart game — so we can pretty much confirm that one.

Now, you may be asking yourself: “But where are the gaaaaaaaaames?” Aside from the showcased Zelda: Breath of the Wild, NBA2K17, and our first sneak peek at the un-named Super Mario game for the system, the following developers have pledged allegiance to the Switch:

Activision Publishing, Inc. – infamously dropped support for the Wii U in 2014

BANDAI NAMCO Entertainment Inc. – publisher and developer of the Tekken series, and many many others

Bethesda – developers of The Elder Scrolls V: Skyrim and Fallout 4

Codemasters® – developers of Worms 4 and the Operation Flashpoint series

Electronic Arts – come on do I really have to tell you

Epic Games Inc. – developers of the Gears of War and Unreal series

Frozenbyte – developers of the Trine series

GRASSHOPPER MANUFACTURE INC. – developer of Killer7 and No More Heroes

Starbreeze Studios – developers of The Chronicles of Riddick series

Tokyo RPG Factory Co., Ltd. – developer of I Am Setsuna

UBISOFT – this one’s easy too everybody like what the hell

The Nintendo Switch is scheduled to release in March of 2017, which means it’s avoiding the “Rush It for Christmas” curse that plagued the original releases of too many consoles to count. Pricing, a release date, and full specs will be shown closer to release. A new console is always an exciting time, but when Nintendo release new hardware the world stops and takes notice. The road ahead should be very interesting indeed.

You can watch the trailer for the Nintendo Switch here.