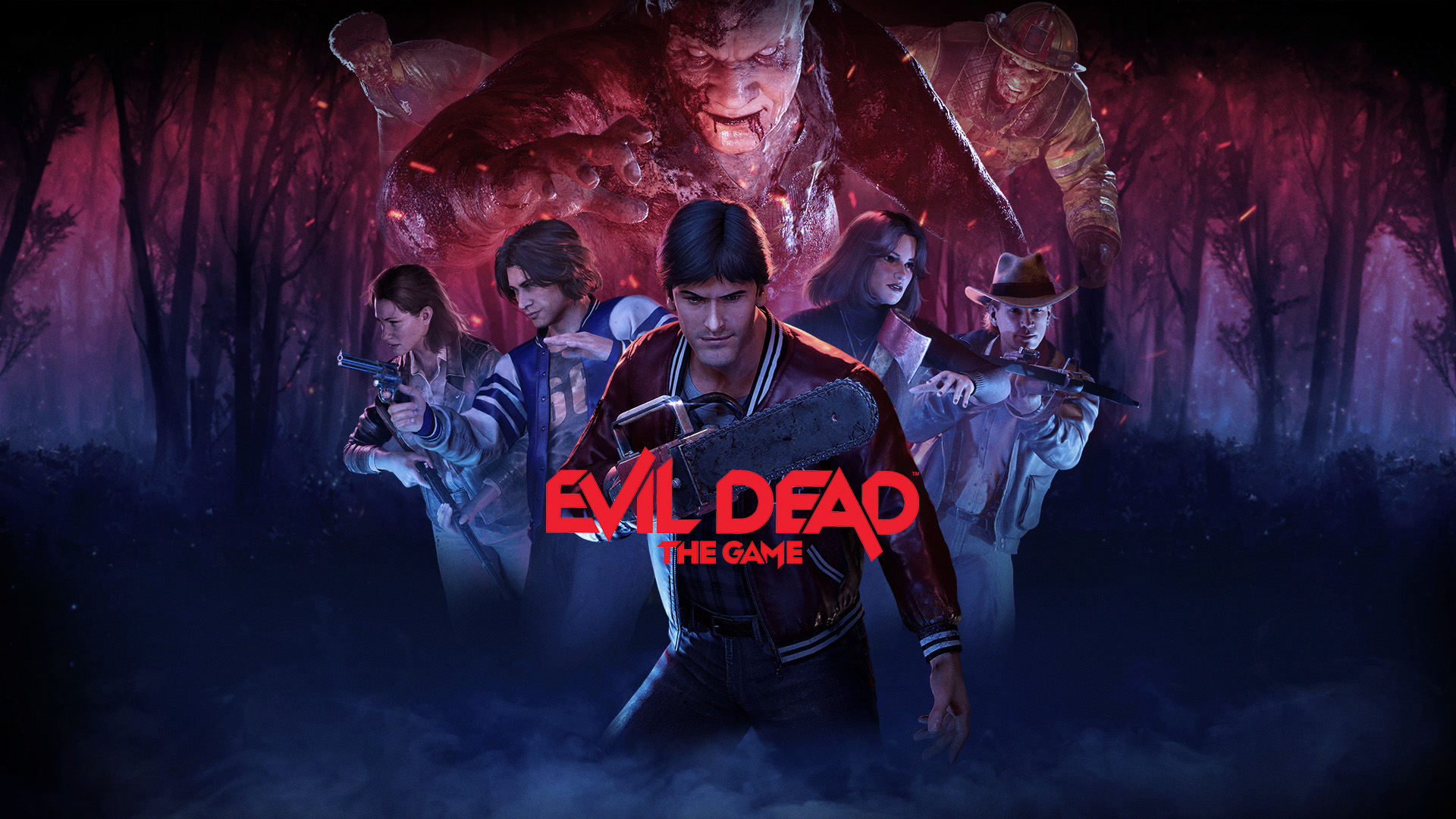 Horror in cinema has gone through quite an evolution in the past few years. As a fan of all things spooky and scary, I love the psychological turmoil and nuanced themes that come with elevated horror films such as The Babadook, Midsommar and Hereditary, but I’ll forever have a soft spot for the campy, outrageous fun of an 80s slasher. Of course, you can’t talk about campy horror flicks without mentioning the excellent Evil Dead series, which resides in the hearts of horror fans thanks to its gore, humour and groovy leading man. Moving from the silver screen to the small screen (shoutout to Ash vs Evil Dead) and now finally to the gaming scene, Evil Dead: The Game looks to adapt the cult classic into an exciting interactive experience, but does it achieve the feat, or should it be banished along with the Kandarian Demon?

80s horror franchises are in the midst of an unconventional renaissance in the form of asymmetric multiplayer games. Friday the 13th: The Game, Predator: Hunting Grounds and, to some extent, Dead by Daylight have all drawn from the slasher genre with varying degrees of success. Evil Dead: The Game is the latest in this growing sub-genre, pitting a team of four scrambling survivors looking to escape against a player-controlled demon who, in classic demon fashion, wants to paint the woods with the survivors’ blood.

I spent far too long looking at these character models

If you’ve played any of the aforementioned asymmetric titles before, you’ll likely be familiar with this formula. Yes, the team of survivors are rummaging around for items that’ll help them escape, but they’re far from helpless camp counsellors that keel over if someone sneezes in their general direction. In true Evil Dead fashion, the human players fight back. Dropped into the map with little more than a flashlight, you’ll need to search for weapons, healing items and buffing McGuffins that’ll help you show the Deadites who they’re messing with.

From axes and shovels to handguns and the iconic boomstick, the various weapons that can be used are satisfying and provide great feedback, giving combat a nice amount of weight. Not to mention the fact that the undead enemies you’ll be bashing, blasting and chopping degrade in a gruesome and visceral way, with chunks of flesh flying off as you take it to them. As the match progresses, you’ll find better loot, including some legacy weapons such as the Sawgun and the legendary chainsaw prosthetic, as well as Pink F, a delicious liquid that allows you to upgrade your melee damage, ranged damage, health and the like.

While the combat is solid, the traversal is a bit wonky. Movement is serviceable and the driving mechanics do the job when you decide to hop in a car, but getting around can feel wildly inconsistent. Small, ankle-high steps can be insurmountable and it’s fifty-fifty as to whether or not you’ll be given a button prompt to scale a small fence. This kind of jank can be entertaining in some circumstances, but when it derails an escape attempt it can be downright frustrating. Also, the option to switch to tap to interact instead of hold would’ve been appreciated, as the prompts don’t always play along.

Character abilities further expand on the gameplay variety, with the 13 playable survivors falling into one of four classes: Leader, Warrior, Hunter and Support. Leader characters provide buffs to nearby allies, Warriors are granted melee abilities, Supports act as healers and Hunters are deadly from a distance. Each character has a slightly different primary ability and passive talents, giving you plenty of choices and allowing for some squad combinations.

Survivors aren’t just looking to hightail it out of the area though, not with the threat of the Kandarian Demon looming large. Before escaping, the survivor team is tasked with locating map fragments that lead to the Kandarian Dagger and the hallowed book of the dead, the Necronomicon itself. Once these items are found, a battle with The Dark Ones ensues. Only in their defeat will the survivors succeed. But, the dark, spooky woods aren’t the only thing preventing this from happening.

The lone player controlling the Kandarian Demon plays a completely different game. A disembodied entity that flies around the map at a frantic pace, the evil player is more of a puppeteer than a hulking mass with a machete. As the Kandarian Demon, you begin the match with the ability to lay traps to scare the survivors and summon lesser minions to attack them. Possessing a tree to smack the shit out of a player, or creating a portal behind someone who just walked into a room is endlessly entertaining and genuinely frightening when you’re on the receiving end of it.

Blinded with no arms, I’m demon enough to know I’m not winning this fight

As you scare and harass the opposing players, their fear meter will rise, granting the demonic player access to more powerful abilities that will begin to shift the momentum in the favour of evil. From buffing and directly controlling Deadites, to possessing the car that the players are in, you’ll become an all-powerful god that’s playing with their victims for entertainment. Best of all, if a survivor’s fear reaches its peak, you’ll be able to directly possess them and turn them against their allies, or just run their ammo reserves dry if you’re a real monster.

Choosing from three demon classes, Warlord, Puppeteer or Necromancer, you’ll summon different minions and, if the match continues for long enough, be able to summon and control the boss. Henrietta, Evil Ash and Eligos are all formidable foes with their own set of attacks and abilities that’ll mess up any plans the good guys were laying. Whether you’re directly involved in combat or skulking around as an invisible entity, playing as the Kandarian Demon is a blast that feels unique to the genre.

The power dynamic in each match is excellent, with the survivors starting off on the front foot as they blow away lesser Deadites with ease, but as the game progresses the script begins to flip, with the demon gaining power and confidence in the back half. This slow build creates an atmosphere that’s not only faithful to the source material but is head and shoulders above the competition. Sticking with your teammates mechanically and realistically lowers your fear, but the sheer tension that comes with an unseen, malevolent force working against you is top notch.

Unfortunately, while the minute-to-minute gameplay is engrossing and engaging at first, it’s slowly lessened the more you play. Two, very large and interesting maps filled with hidden easter eggs and references will keep you interested for the long-term, especially considering a third map is on the cards in a future update, but the unchanging objectives get tiresome. The survivors will always need to seek out map pieces, then collect the artefacts before battling the Old Ones, in every match. The location of these items will change, but you’ll essentially be working towards the same objective every time you play. It’s not a problem that’ll rear its head immediately, but monotony does slowly creep in.

I need to mention that there is a single-player mode in Evil Dead, but it’s far scarier than any Deadite and not in a good way. There are five missions that have you completing run-of-the-mill tasks on the same maps as in multiplayer mode. Whether it be clearing out Deadites from several locations, tracking down a list of items or defending a location, these 20-minute tacked on distractions were clearly an afterthought. I’d suggest you ignore them completely, as they add nothing to the experience, but the game dares to lock some of the best characters, like Lord Arthur and Pablo behind their completion. They’re not fun, they’re shallow and, worst of all, they don’t have checkpoints, so if you die at the 20-minute mark, you’ll need to start from scratch. It’s an ugly scene.

Evil Dead is an unconventional horror series, so it stands to reason that its video game adaptation would be similarly creative. Whether playing as the survivors or the Kandarian Demon, fresh ideas and well-implemented mechanics create a well-balanced experience that grows and improves as time wears on. Technical frustrations and a lack of variety in the match objectives are forgivable, especially when the tension and atmosphere are is palpable, though it’s a shame that these qualities are completely absent in the game’s single-player offering. 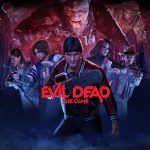 Evil Dead: The Game Review
Hail To The King, Baby
If you’re happy to ignore its single-player mode, Evil Dead: The Game is a well-balanced and fun asymmetric horror title that stands above all other games in this growing sub-genre.
The Good
Heavy, punchy combat
Atmospheric and genuinely spooky at times
The power dynamic between teams is excellent
A fresh take on the 1v4 format
The voice acting is…groovy
The Bad
A number of technical annoyances
Objectives get old after a while
The single-player mode is dreadful
7.5
Good

Evil Dead: The Game Review
Hail To The King, Baby
If you’re happy to ignore its single-player mode, Evil Dead: The Game is a well-balanced and fun asymmetric horror title that stands above all other games in this growing sub-genre.
The Good
Heavy, punchy combat
Atmospheric and genuinely spooky at times
The power dynamic between teams is excellent
A fresh take on the 1v4 format
The voice acting is…groovy
The Bad
A number of technical annoyances
Objectives get old after a while
The single-player mode is dreadful
7.5
Good
In this article:Ash vs Evil Dead, Ash Williams, Evil Dead, Evil Dead: The Game, pc, ps4, PS5, Saber Interactive, Williams not Wayling, Xbox One, Xbox Series X&S