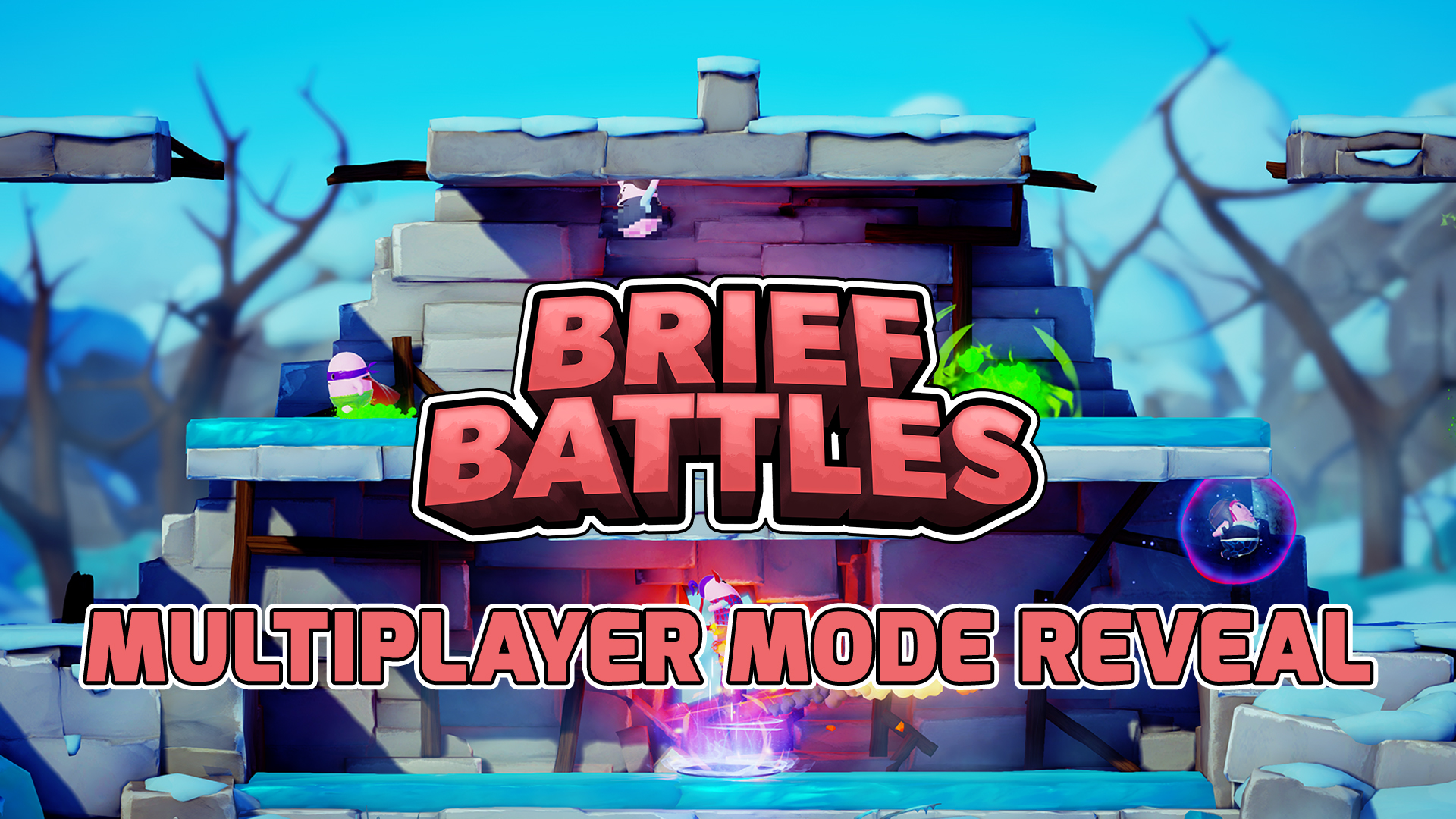 As part of our ongoing Made In Australia content for July, we’ve been covering South Australia’s juiciest developer, Juicy Cupcake, and their upcoming butt-em-up game Brief Battles.

During our discussion about all things Brief Battles (which you can read here), Andrew Freeth (Juicy Cupcake founder) revealed juicy details about the game’s unannounced multiplayer modes. We decided to save this nugget of information and use it to round out our coverage for July and Brief Battles.

We can exclusively reveal that Brief Battles’ final two multiplayer modes will be Knockout (Classic) and Knockout (High Health!).

Players must battle to be the last player standing at the end of each round, but gameplay of both modes differs greatly.

Knockout Classic is all about quick rounds where every move counts. If you get popped in either Knockout mode, you’re out for the round, in comparison to all other modes where you come straight back into the action after getting taken out.

In Knockout High health, players start out with 3x the regular health. This immediately changes the dynamic, as previously powerful one-hit undies like Buns of Steel only chip away at an opponent’s health. Pant pound and bumping players into spikes suddenly become more important as you strive to stay ahead. Battling it out in high health mode feels completely different to the other game modes, as you try to hold on to any remaining health.

The goal of both modes is to be the first to win 5 rounds total. These modes are aimed at players who’ve developed a high skill level, as they are unforgiving and require advanced movement skills and underpants mastery.

If you want to stay up to date with Brief Battles’ development you can follow the team on Facebook and Twitter, or if you think Brief Battles is something that you could see yourself playing with your mates you can wishlist the game on Steam here. For more information on the origins of Juicy Cupcake you can read our feature article here.

Brief Battles will launch for PC and Xbox One in 2018.

We want to thank Andrew and Tim for allowing Juicy Cupcake and Brief Battles to be our very first Made In Australia feature. We wish you all the best with the rest of Brief Battles’ development. We can wait to smash some butts when it releases!

In this article:brief battles, exclusive, juicy cupcake, made in australia