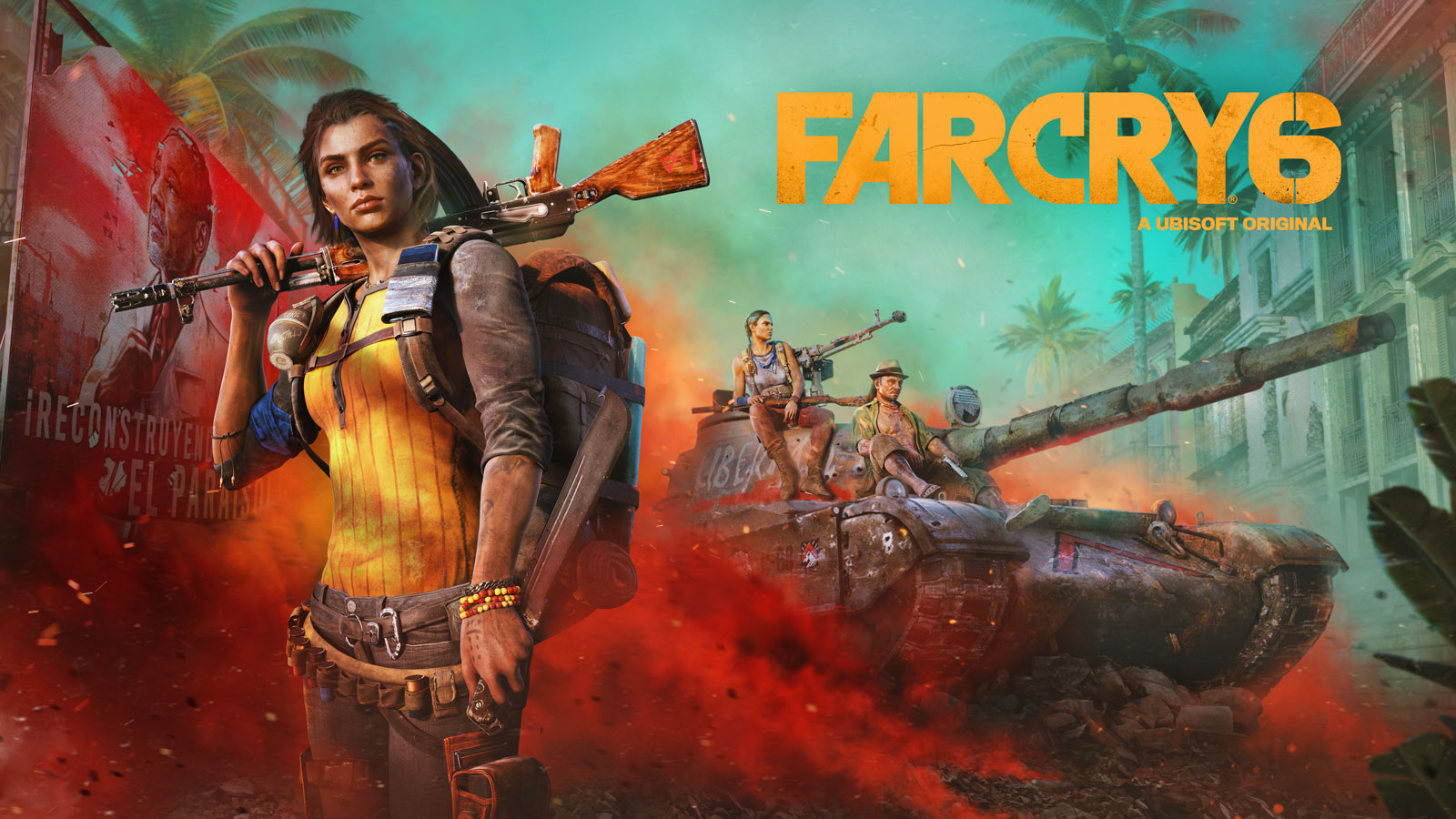 As promised, Ubisoft has given players their first look at gameplay for Far Cry 6, showing off the tropical world of Yara as well as the game’s protagonist Dani Rojas and their sausage dog companion Chorizo. Ubisoft also dropped the release date, with the game set to hit PS5, PS54 Xbox Series X&S, Xbox One, PC, Stadia and Amazon Luna on October 7, 2021.

The trailers show off some exciting features coming to Far Cry 6, such as the ability to play as either a male or female version of Dani, vehicle and weapon customisation, crazy weapons including one that shoots Macarena CDs, and a pet crocodile. Check out the gameplay trailer below:

In Far Cry 6, Dani will join the guerilla movement which is fighting back against the tyranny of dictator Antón Castillo and his teenage son Diego. However, you won’t be able to do it alone, with Dani assisted by a ragtag group of fighters from the revolutionary group known as Liberated. Check out the trailer below to learn more about Dani Rojas.

So far everything shown off has me excited for what Ubisoft is cooking up. Are you excited for Far Cry 6? Let us know in the comments or on social media.