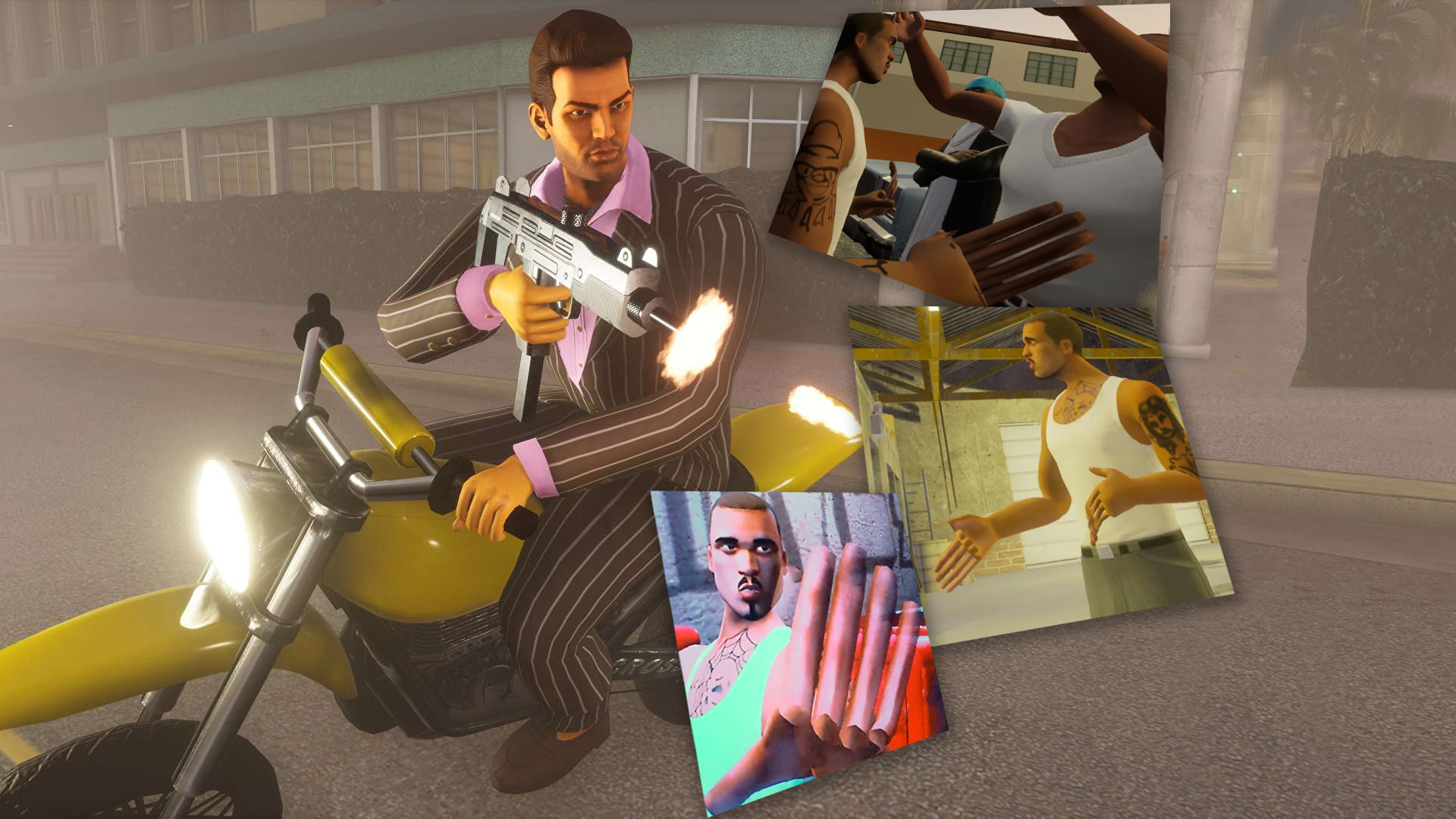 The most recent update for Grand Theft Auto: The Trilogy – The Definitive Edition has waged war on visual weirdness, with a massive amount of embarrassing graphical glitches going bye bye.

A particular egregious issue was the weird hand proportions of San Andreas character and ally, Cesar. Ol’ mate had a particularly impressive digit span, upgrading his fingers to fiiiiiiiiiiiiiiingers:

This is but one of the fixes present in the 1.03 patch, as the developers have fixed items such as the vision obscuring rain, sign misspellings and un-smoothed an overly smoothed nut on a donut shop.

There are also a handful of smaller changes, targeting some player feedback about how the game suffered for it’s massively increased view distance – particular in the San Andreas title, where the endless view distance ruined the illusion of vastness that the landmass had previously. A smattering of cloudy fog has fixed this brilliantly, as showcased here:

Another curious case was incorrect menu sounds being present within the titles — essentially both Vice City and GTA III were using the selection audio from San Andreas. This too, has been amended.

GTA III & Vice City now use the correct menu SFX, instead of the ones from San Andreas. Fantastic update. #GTATrilogy pic.twitter.com/TFeU1VOpc7

Beyond the cosmetic, there are also some critical issues that have been amended – one infuriating issue that drained an hour or two of my time was a consistent crash upon finishing the Vice City mission Checkpoint Charlie, which I eventually managed to struggle through by …changing my graphics settings?

The entire list of updates and fixes is available on the Rockstar games website, and it’s thankfully a doozy. It is to Rockstar’s credit that they are delivering on their promise to uplift the release and try to deliver on their standard of quality.

Sad to see the memeworthy bugs gone? Or just happy to see the GTA remasters improving? Let us know in the comments or on our social media!