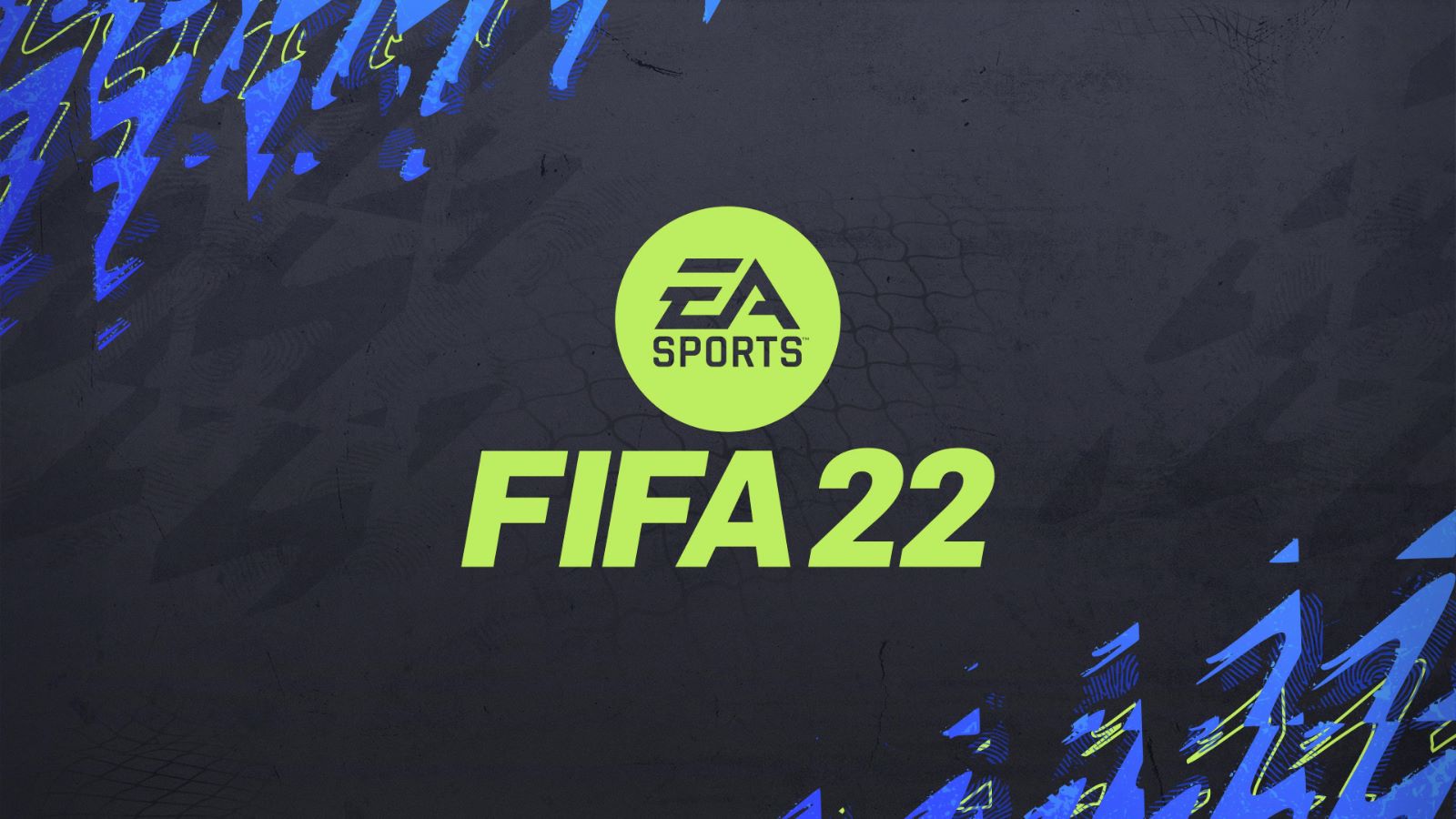 As a sports tragic, every pre-season I renew my membership in the hope that the season ahead will end in celebration rather than the usual disappointment. The same could be said for FIFA, a series that I have played religiously yearly since the late 2000s. Every year I jump into EA’s football offering hoping that it’ll be better than the last, and with last year’s iteration failing to pull me in, I was hopeful that FIFA 22 would be a return to form. Powered by EA’s new HyperMotion technology, FIFA 22 aims to bridge the gap even further between video games and realism. But does this translate to the pitch?

Booting up the game, players wake up in the birthplace of the stethoscope – Paris. Hardly surprising given the city’s footballing showpiece Paris Saint-Germain has played a major role in the game’s marketing. Here, you – the player, are on your way to the Parc des Princes for a trial with The Parisians, but the first thing you’ll need to do is select your avatar, which you’ll use across a bunch of modes. Once you’ve done that you’ll run into David Beckham in the elevator, do some basic training drills through the streets of Paris with Lisa Freestyle before joining cover star Kylian Mbappé and Thierry Henry for a session, which is essentially a tutorial. After you’ll have the chance to customise your character fully, with Becks making another appearance at the end. It’s all a bit cringe, but it’s over relatively quickly.

On the pitch is where it matters though, and here FIFA 22 is easily the most realistic rendition of the sport yet, courtesy of the game’s HyperMotion tech (which is only available on nu-gen consoles and PC). At first it feels a little slow, but after a handful of games the improvements are easy to see. Players move with unprecedented realism that feels like you’re in control and playing alongside the biggest stars and your favourite players as they make runs into space and direct play. Passing and controlling the ball feels more reliant on the humans player’s ability, and scoring feels less about cashing in on players with lightning pace and more about the build-up play, which makes curling the ball into the top corner where the spiders live even sweeter. Of course, it’s still a video game, so in the right hands players like Lionel Messi and Mohammed Salah still can leave defenders in their wake.

EA has also revamped the way goalkeepers are handled, and while the biggest names between the sticks can still feel like a brick wall at times, they’re not invincible, with all of them prone to spilling the odd shot, giving six-yard box predators opportunities to capitalise. It’s not as prominent as it was in FIFA 21 and it can be frustrating to watch as your keeper pulls a Jordan Pickford and concedes a cheap goal, but it does feel a little more balanced this time around.

Scoring feels less about cashing in on players with lightning pace and more about the build-up play, which makes curling the ball into the top corner where the spiders live even sweeter

One new element that I dig is the ability to see a breakdown of your team’s stats at half-time and full-time. It allows players to get a deeper analysis of stats such as where players won and lost possession, where shots were taken, a breakdown of your passing stats (passing types etc.) and more. The majority of players may not give it a look, but for those who like to analyse every pass, shot and tackle, there’s a ton of data to check out. Furthermore, Alex Scott’s inclusion is a welcome addition to the Premier League commentary team. Main commentators Derek Rae and Stewart Robson will cross to Scott for updates on other matches being played which enhances the authenticity of match days.

Visually, FIFA 22 is a treat for the eyes, with players and stadiums all looking life-like. Naturally, details are more accurate on players who are well known names, such as cover star Kylian Mbappé, Cristiano Ronaldo and Dwight McNeil, whereas players from lower league teams look less like their real-life counterparts. It’s not a massive upgrade from FIFA 21 but it still looks at home on nu-gen consoles. Moreover, playing on the PS5, the game makes use of the DualSense, with shots, tackling and sprinting all providing various haptic feedback or adaptive trigger responses, which can amplify the tension late in close games.

Career Mode returns and once again you can choose between managing the team of your choosing or building your career as a player. Career Mode has been handed some improvements, most noticeably players now have the ability to create their own club and customise everything from kits, to pitch type, to the goal song, walkout song and crowd chants, and even your rival club. It’s certainly neat, however I’m not sure it beats the appeal of leading an existing club to glory.

Personally, Career Mode is where I spend most of my time outside of playing mates online, and with Burnley (my team) struggling in the EPL, I gladly took over from Sean Dyche and put some much needed points on the board. In Career Mode, managers will need to look after several facets of your club’s operations, such as finances, player morale, contracts and more. The club’s board will give you targets to reach each season – achieving these results will hold you in good stead while failing to meet targets could cost you your job. It’s nowhere near as deep as the popular management sim Football Manager, but what’s on offer is done fairly well.

Volta, the series’ street football mode returns again, and while it feels like it’s tacked on for the sake of it, it is a decent addition if you want to play something different from time to time, although one of the game’s modes Volta Arcade can only be played on the weekend. For those who prefer to spend their time online, popular modes Pro Clubs and Seasons feature again, with Pro Clubs introducing the option to play as female players.

However, there’s no doubt that EA’s much-maligned yet much loved Ultimate Team mode is the main online drawcard and will continue to be a cash cow for the company until they are forced to change it up. EA has kept the ability for players to preview packs before purchasing them, a feature that arrived in FIFA 21 in June this year. As always though, there’s a catch, with players only able to preview one pack without purchasing it within 24 hours. If you do purchase the previewed pack you’ll be able to preview another, but as with everything Ultimate Team, shelling out hard-earned cash feels encouraged.

Stats what I am talking about

On the pitch, FIFA 22 is one of the best and most realistic football experiences in years thanks to the game’s HyperMotion technology. It may sound like marketing spin, but it really is a game-changer, with players moving and feeling better than ever. Career Mode has received some tidy improvements, but Ultimate Team still feels like it only exists to make money. Hopefully EA can find the right balance in next year’s offering. 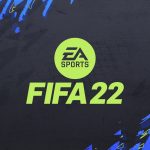 FIFA 22 Review
Football That Feels Like Real Football
FIFA 22 is the most enjoyable football title in years thanks to revamped player AI and gameplay mechanics that offer unprecedented realism on the pitch. Off the pitch, EA still has some work to do, but new additions to Career Mode and match days somewhat make up for Ultimate Team’s egregious tactics.
The Good
HyperMotion tech is a game-changer
Scoring is less about pace and more about the build up
Career Mode improvements
Visually slick
The Bad
Ultimate Team is still egregious as ever
Goalkeeper howlers can still be frustrating
8.5
Get Around It

FIFA 22 Review
Football That Feels Like Real Football
FIFA 22 is the most enjoyable football title in years thanks to revamped player AI and gameplay mechanics that offer unprecedented realism on the pitch. Off the pitch, EA still has some work to do, but new additions to Career Mode and match days somewhat make up for Ultimate Team’s egregious tactics.
The Good
HyperMotion tech is a game-changer
Scoring is less about pace and more about the build up
Career Mode improvements
Visually slick
The Bad
Ultimate Team is still egregious as ever
Goalkeeper howlers can still be frustrating
8.5
Get Around It
In this article:Burnley, EA, fifa 22, football, soccer, sporting jorts, utimate team, Zach Jackson, zach jackson review