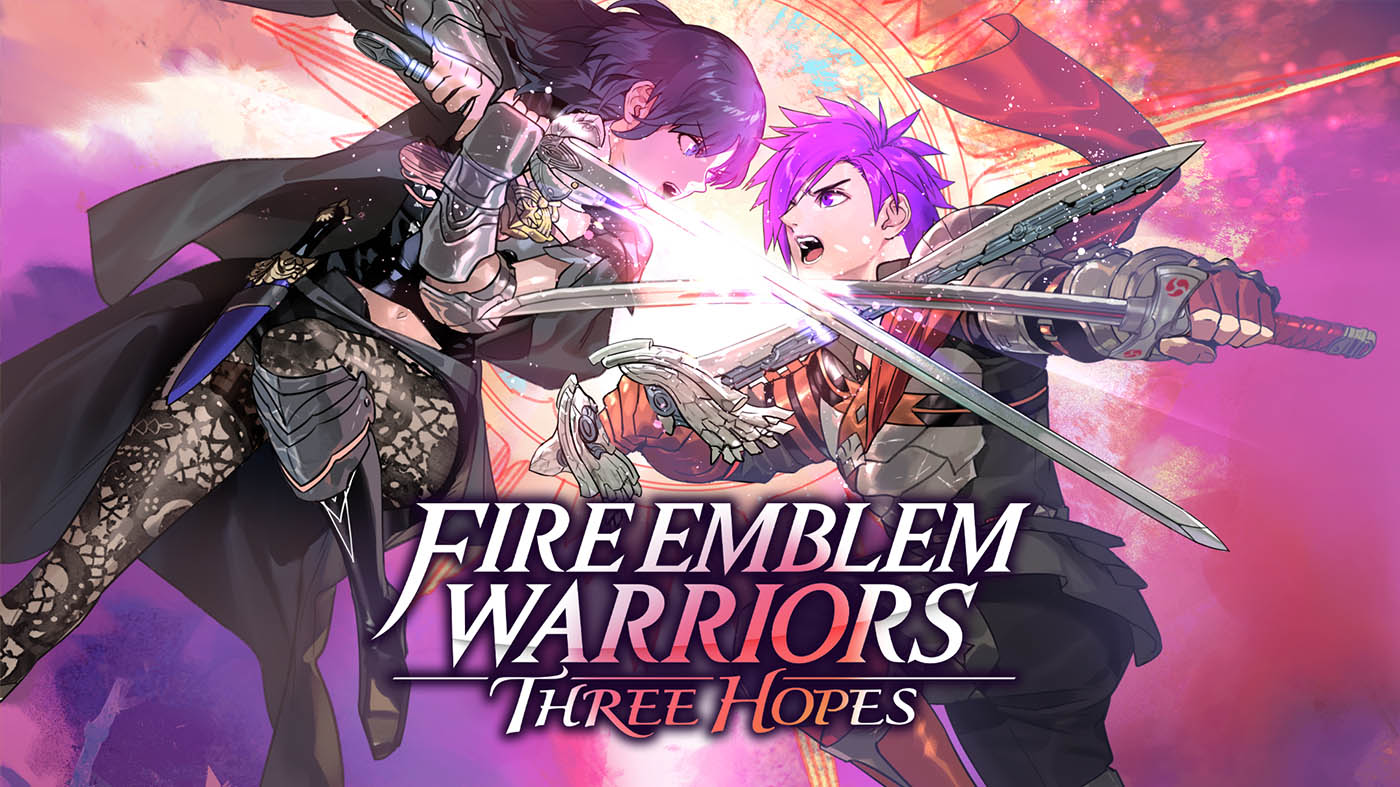 The relationship between Nintendo and Koei Tecmo/Omega Force continues to bear fruit with yet another Warriors-style take on a popular franchise, and the second go around for the Fire Emblem series, with Fire Emblem Warriors: Three Hopes. If you’ve read our recent preview, there’s probably not much more to say to introduce this game that hasn’t already been said – it’s a spin-off of the critically-acclaimed Fire Emblem: Three Houses in the trappings of a ‘musou’ game (see; Dynasty Warriors, Hyrule Warriors: Age of Calamity). More so than any of the studio’s other attempts at this concept though, this is a game that attempts to bring the best of both worlds into the equation, with surprisingly decent results.

Three Hopes’ narrative offers an interesting proposition, one where the canon events of Three Houses are pretty much discarded in favour of an alternate telling where players take up the role of an entirely new protagonist named Shez (yes, you can change that strangely-Australian sounding name out for something else). Though their origins differ slightly, Shez’ trajectory in this new story basically mirrors that of Byleth, making this feel like something of a fever dream for anyone intimately familiar with the original version. Still, it’s a great excuse to re-incorporate Three Houses’ immense cast of beloved characters and re-explore their personal journeys as well as the drama of steel and statecraft that is war-torn Fódlan.

There are some pretty hefty embargo restrictions being imposed by Nintendo on what I can talk about in terms of the twists and turns of the game’s plot, which makes total sense, but it also means there’s a lot I can’t reveal about the structure of the game itself as things progress. Needless to say, the things you do and choose to do throughout the entire game can have a very pronounced effect on not just your success in battle, or the development of your allies, but consequences much larger in scale. In essence though, expect everything you would from a mainline Fire Emblem game – grand personalities, political turmoil, alliances, back stabbings, romantic tension and plenty of light-hearted moments all adding up to a compelling tale stacked with memorable faces.

Your place in all this, as you eventually choose which of the three warring nations to align yourself with and place yourself in the game’s three core narrative ‘paths’, is both as a hardened ex-mercenary mysteriously blessed with the powers of an invisible being and something of a linchpin in your chosen nation’s efforts. Once the main portion of the game begins in earnest you’ll find yourself assisting in the management and development of your army’s base camp as well as the morale of your allies and an overseer of tactical decisions. It’s a big job for one person, but it’s also the core of what makes Three Hopes as enthralling as it is. More than any other franchise musou spin-off that I’ve played, this game feels the most like the game that inspires it. There’s a lot of Fire Emblem in this Fire Emblem game.

Whether it’s managing and upgrading your camp’s resources and facilities, training, cooking, doing chores, holding strategic meetings or simply electing to spend your limited time and energy on building rapport with the game’s huge cast of main characters, the RPG component of Three Houses feels just as complex and important as it would in a mainline title. To an almost overwhelming degree even, at least as was my experience in the first five or six hours, but once you settle into a rhythm and have a handle on your personal priorities and the quickest ways to manage them it’s actually a shockingly competent and engaging group of interlocking systems. If you’re going into this hoping for that distinctly Fire Emblem cocktail of character interaction and management you’ll slide right into this one.

Of course at some point in a musou-style game you’re going to need to get into some musou-style battles, and Three Hopes has them in spades. The good news is, this is probably one of the most enjoyable iterations of combat in a Warriors title that I’ve played. Anyone who’s played one of these will likely think of the words ‘button mashing’ right away, and that’s definitely still a critical component here, but there’s so much more at play to keep things interesting. Firstly, everything you do at your base camp and how you choose to spend your time and resources has a major impact on your strategies going into a battle.

Three Hopes eschews the triangular weapon system of traditional Fire Emblem in favour of a wealth of classes, and ensuring your fellow combatants are properly equipped to manage the enemy classes you’re about to face is super important, as is their general mood and level of support for everyone else you take into battle. There’s way more nuance to it all than is appropriate to spell out in a review, but the crux of it is that the amount of flexibility and huge emphasis placed on prep work makes diving into each combat scenario genuinely feel like a moment earned and owned.

When you’re actually in battle, things are mostly just as good. Every new map or scenario is great at throwing a steady stream of ever-changing objectives at you to keep things interesting, and you’ll spend a good amount of time just plotting your next move on the map and choosing which of your units to send to which situation. There’s something incredibly satisfying about directing an ally to take down an enemy that’s susceptible to their particular class, then instantly switching control over to them and pummelling the opposition first-hand.

On the Normal difficulty everything feels fairly manageable without being overly easy, but notch it up any higher and you’ve really got to know you’re going in with the right equipment and strategies or it can all unravel in an instant. That goes doubly if you switch on the optional permadeath mode that takes any playable allies that’re down out of the game entirely – I wasn’t game enough to hit that lever. The stand-out battles in Three Hopes are the large-scale missions that cap off just about every chapter. These are multi-stage pushes that bring together everything that works well in the game’s combat as well as layering on optional strategies that cost points earned in the rest of the chapter.

The only real problem I have with all of this is that to maximise your opportunities throughout the game you’re going to be engaging in a lot of combat, both optional and not. After 30+ hours in a single path I was very much done with the musou parts, and if it wasn’t for the compelling characters and RPG elements I’m not sure I’d have had the resolve to see the game through on just one path, let alone go back for more. It almost feels as though the Fire Emblem-esque stuff is too good, in a weird way. Because while everything outside of the game’s main missions gets better and better, the battles themselves conversely start to wear thin over time. All the depth of strategy and satisfying progression on offer is phenomenal, but nothing can ultimately quell the tedium of smashing the same two or three buttons against wave after wave after wave of thousands of identical enemies for the runtime of almost a whole mainline Fire Emblem game.

Something I haven’t touched on that’s also something of a sore spot for Three Hopes is its presentation. I’m loath to heap too much criticism here because there’s obviously some pretty stark limitations with a game of this ilk running on Switch hardware with hundreds of enemies on-screen at any time, but it’s still worth mentioning. To its credit the game actually seems to manage to run at a decent frame rate the majority of the time (though it appears to be unlocked which can occasionally be jarring), but it’s also quite unexciting. All of your favourite characters look faithful to their Three Houses counterparts, sure, but environments that once looked just fine in isometric turn-based battles just wind up looking sparse and lacking in detail with a fully-3D camera. The soundtrack is also simply serviceable, something that could probably be said about the mainline game as well, so that’s neither here nor there.

I feel as though the overarching theme of this review should be pretty clear by now. Omega Force and Intelligent Systems have struck a fantastic balance here between what players love about both Fire Emblem and the Warriors games, but the latter is just that much harder to justify spending dozens of hours with. It’s easily my favourite iteration of the concept to date, but between the developing cramps in my button-mashing fingers and the formations of copy-paste troops doing marching parades in my dreams I feel I’ve been forced to overindulge. 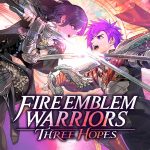 Fire Emblem Warriors: Three Hopes Review
Let Byleths Be Bygones
Fire Emblem Warriors: Three Hopes succeeds admirably as both a spin-off stacked with fanservice that truly understands the source material and as a compelling take on the Warriors format. It's not going to win over any detractors of musou-style gameplay and it starts to buckle under the weight of repetition by the end, but if you're a fan of Three Houses and can handle that, you're in for a treat.
The Good
Staple Fire Emblem systems are translated incredibly well to the format
Huge cast of familiar and still very likeable characters
Combat scenarios are decently varied and challenging
A wealth of things to see and do depending on choices made
The Bad
Lengthy enough that the musou gameplay gets old
Technically solid but still visually bland
8
Get Around It

Fire Emblem Warriors: Three Hopes Review
Let Byleths Be Bygones
Fire Emblem Warriors: Three Hopes succeeds admirably as both a spin-off stacked with fanservice that truly understands the source material and as a compelling take on the Warriors format. It's not going to win over any detractors of musou-style gameplay and it starts to buckle under the weight of repetition by the end, but if you're a fan of Three Houses and can handle that, you're in for a treat.
The Good
Staple Fire Emblem systems are translated incredibly well to the format
Huge cast of familiar and still very likeable characters
Combat scenarios are decently varied and challenging
A wealth of things to see and do depending on choices made
The Bad
Lengthy enough that the musou gameplay gets old
Technically solid but still visually bland
8
Get Around It
In this article:fire emblem, Fire Emblem Warriors, kieron verbrugge, nintendo, review, switch, three hopes, wellplayed