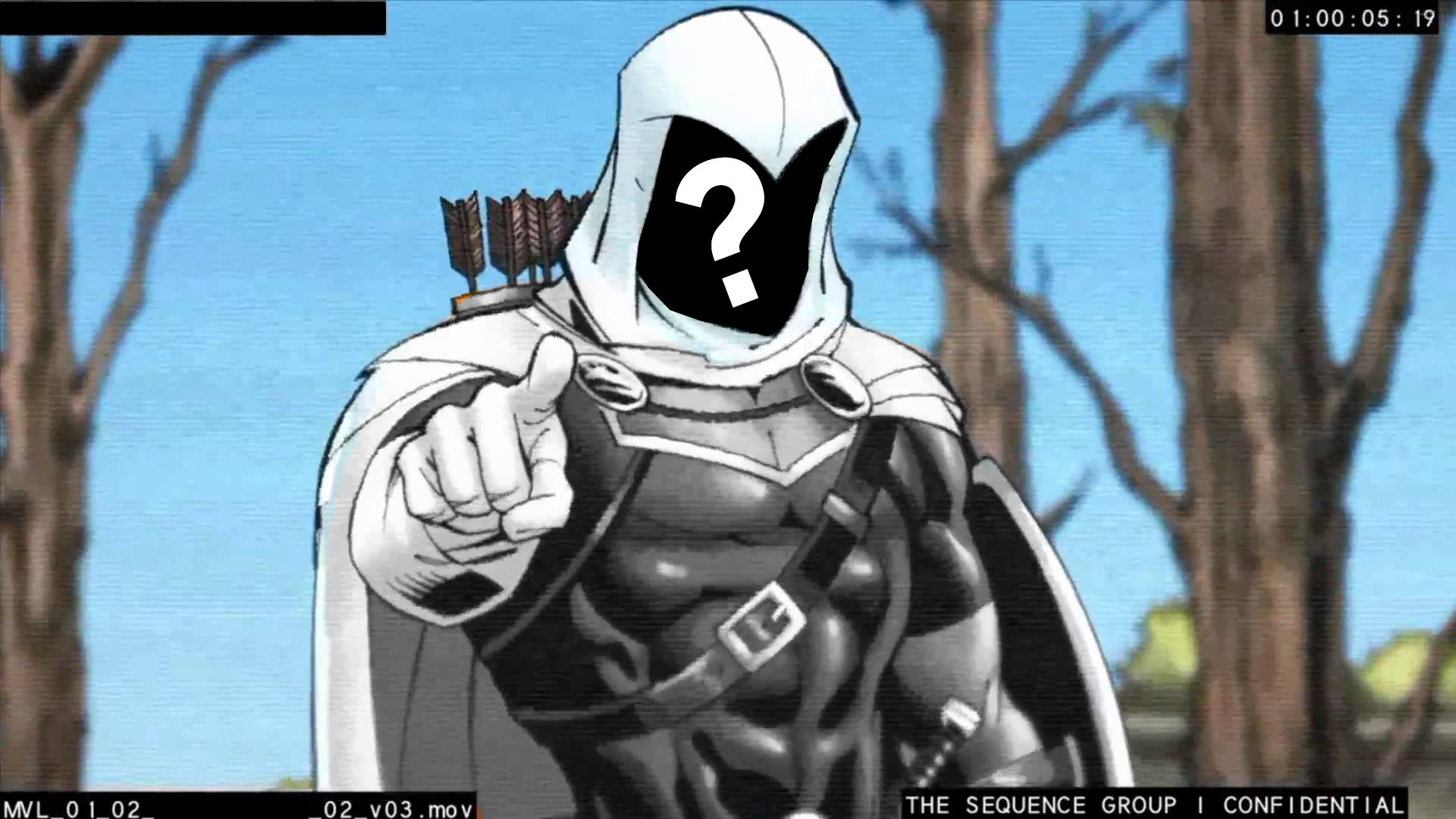 So Spidey 2018 is blowing our collective minds. The truth is, it’s a perfect example of a passionate team creating something that just refuses to cut corners or compromise – ultimately delivering a stand out experience to long time fans and newcomers alike. So what other comic book/superhero franchises deserve this megastar treatment? Come with me, as I spotlight some deserving parties. 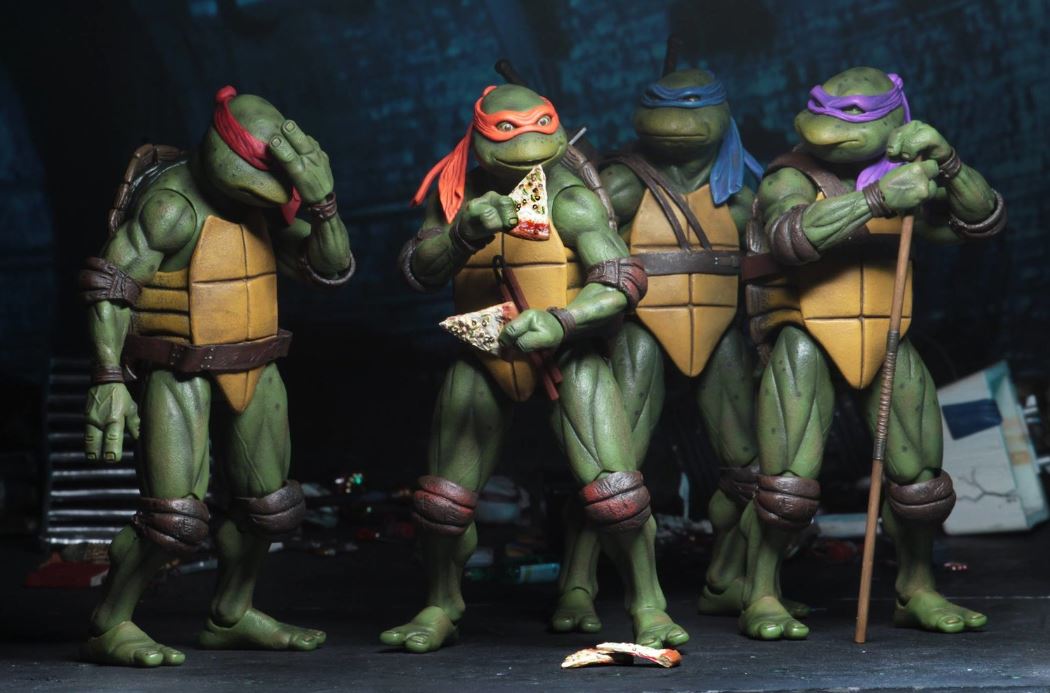 A true co-op experience, starring the heroes in a half shell (not including that half-baked that garbage from a few years ago). This is a game that baffles me it hasn’t happened yet in any real marked capacity in the modern era (Turtles in Time is still rad). Each turtle having a unique skillset beyond their martial arts suggests co-op puzzle solving, with the odd optional stealth section – I mean, they are ninjas for Splinter’s sake. Grab some buds, chow down on some hella pizza and COWABUNGA MY DUDES.

Rocksteady, makers of the Arkham series. 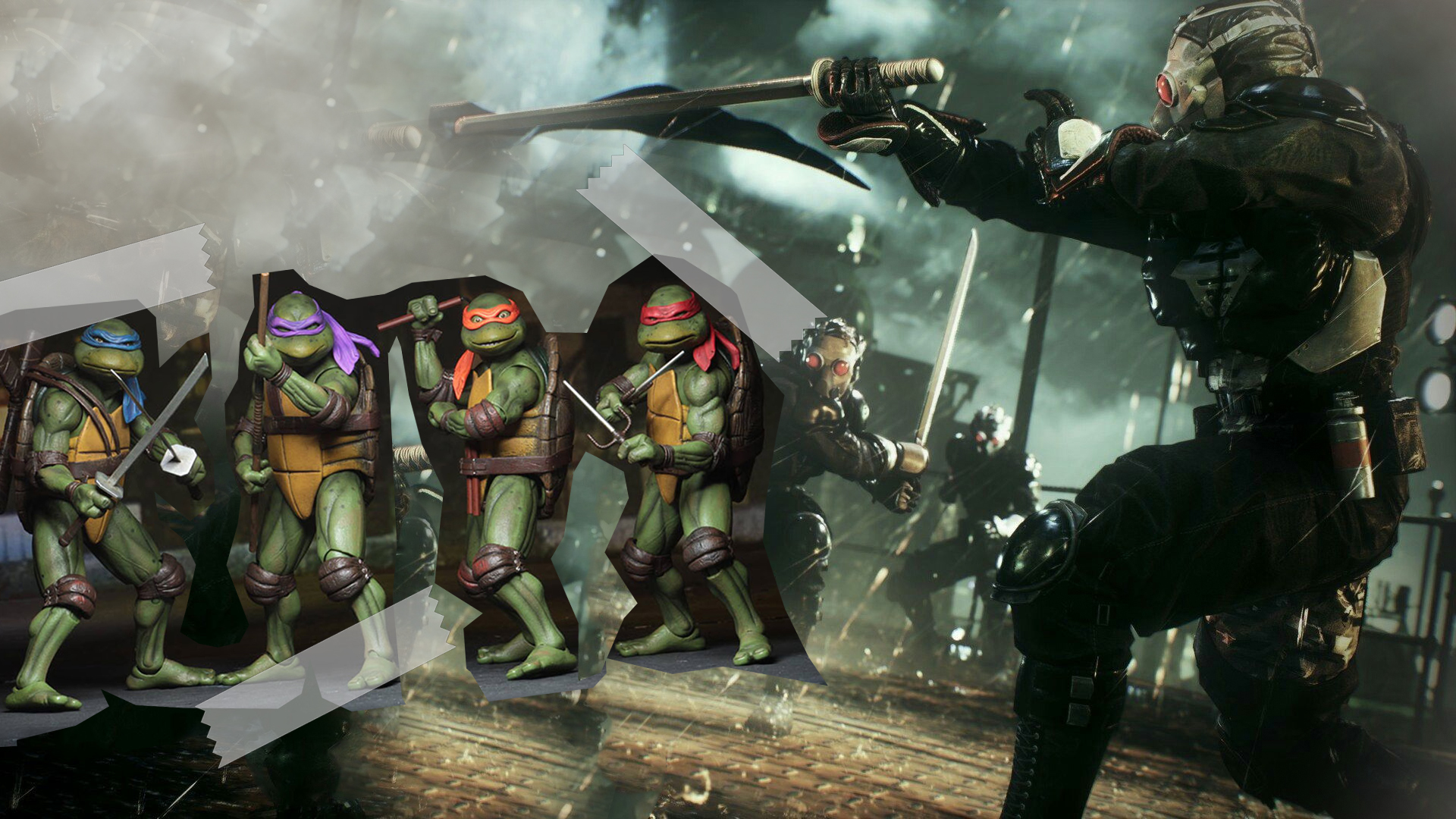 Because I struggle to think who could possibly nail a series that wants to offer stealth and amazing melee combat in equal amounts throughout a gameplay experience. Though they haven’t truly offered a co-op experience, I can only imagine they are up to the challenge. 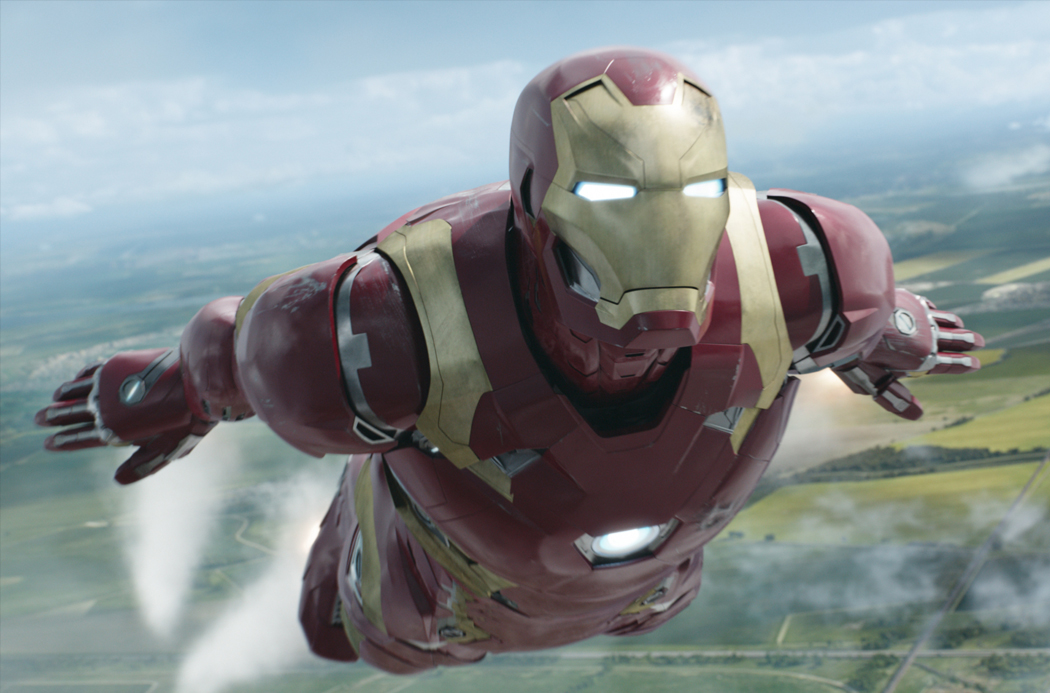 Low on the list, because it seems so obviously formulaic that it’s almost a no brainer. Special mention – game should have some form of dialogue system so you can choose how sassy/sardonic Tony Stark’s responses are at any given time. I’d imagine the game would need to be set in a situation where Tony doesn’t have access to *all* of his tools, like a foreign country, just so he isn’t too overtly overpowered. You’ve seen what the guy can do in a cave with a box of scraps, right?

Avalanche Studios, makers of the Just Cause series 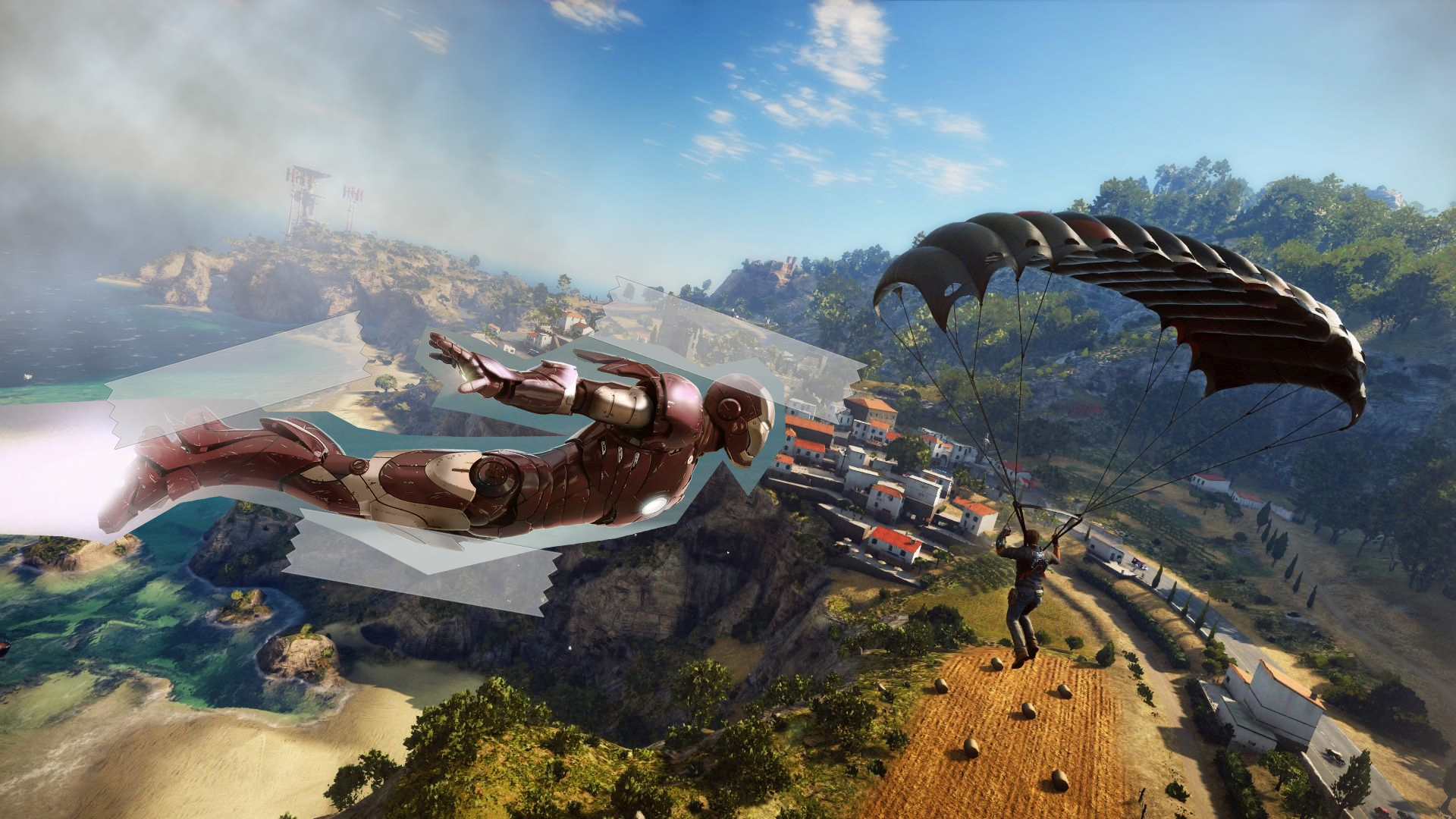 Because they have nailed aerial traversal across an amazing world, with a level of humor that works to keep the tone light but serious when it needs to be. 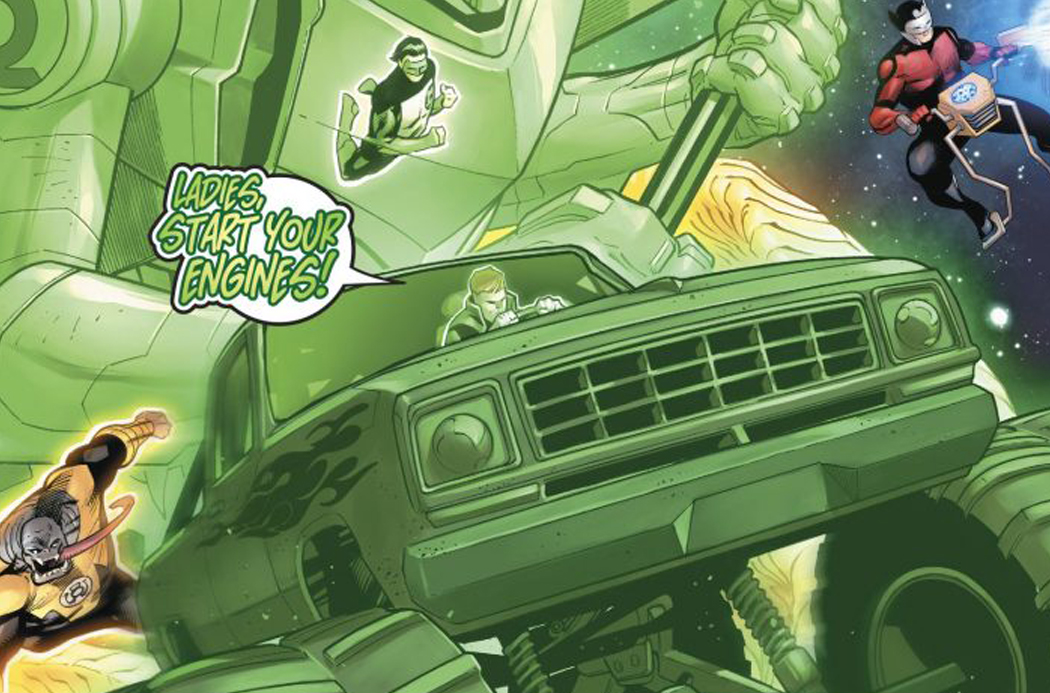 The Green Lantern power-set is the ability to imagine and create any item you want for a situation, Scribblenauts style. It would be a monumental effort to craft such an experience, but factoring in some key problem solving opportunities for players to solve their own way would be splendiferous. You’d effectively need to create the deepest skill tree ever imagined. Player choice gone berserk, with people comparing their doofy builds with each other based off whatever madness they came up with – want to defeat enemies by creating a giant green fist and punching them? Summon a horde of guns that blast bullets everywhere? What about projecting a giant green tank and taking the helm of it? It basically could never work – but it’s fun to imagine. Bonus points if they make use of Kyle Rayner or Guy Gardner as the leading character, as they are far more interesting than the usual posterboy, Hal Jordan. Also – Green Lantern villains are super cool.

I honestly can’t think of an existing studio with the balls big enough to even try to create such a game – it would surely end up being some odd indie studio with a genuine love for the character surprising us all. 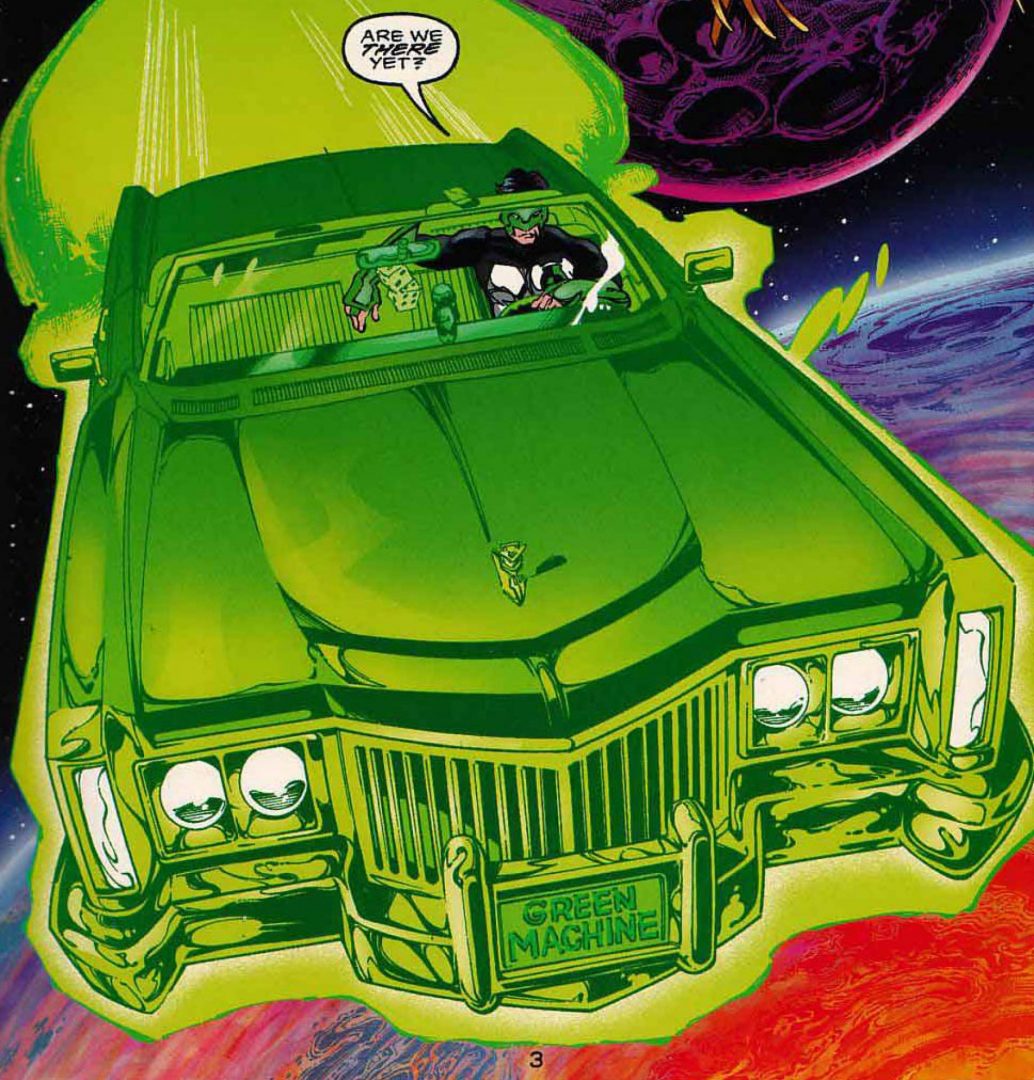 Honestly, why the heck NOT? 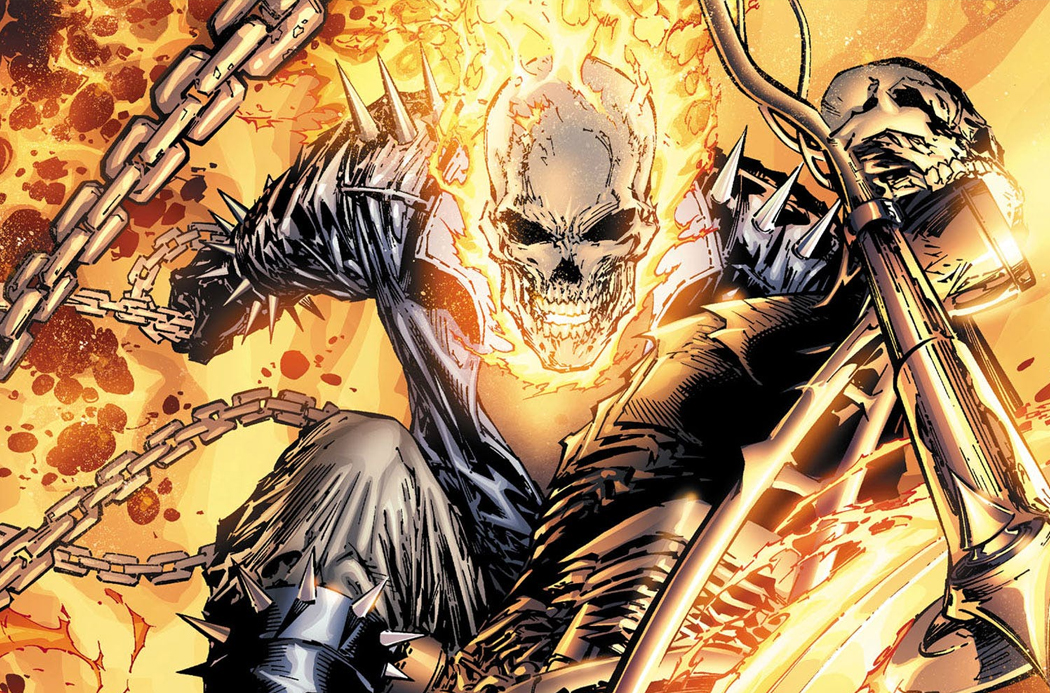 Who doesn’t want to play as a flaming skull guy with a taste for punishing the wicked? The traversal alone as you summon your hellish motorcycle and ride up buildings already starts to tickle your interest, and then you throw in the combat by way of flaming chains and hellfire breath? Even his villains are over the top! This game basically sells itself! Get Nicolas Cage to star in it! No, do the opposite of that. 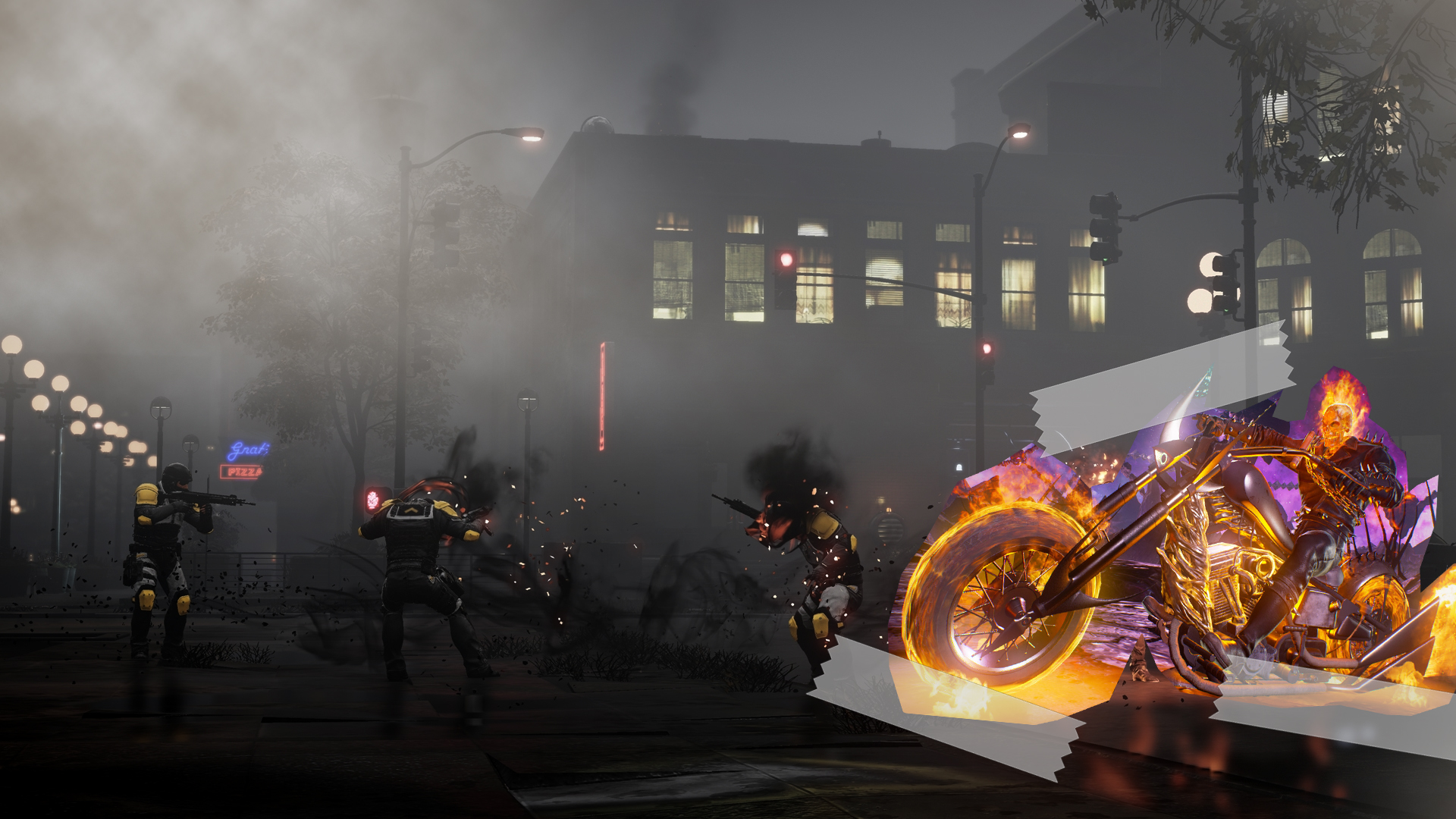 Having already dabbled in superhero games, with a unique twist on powers and fun narratives, perhaps a licensed property could kickstart a creative mindstorm for the studio. At least remaster the old Infamous games guys! I loved those! 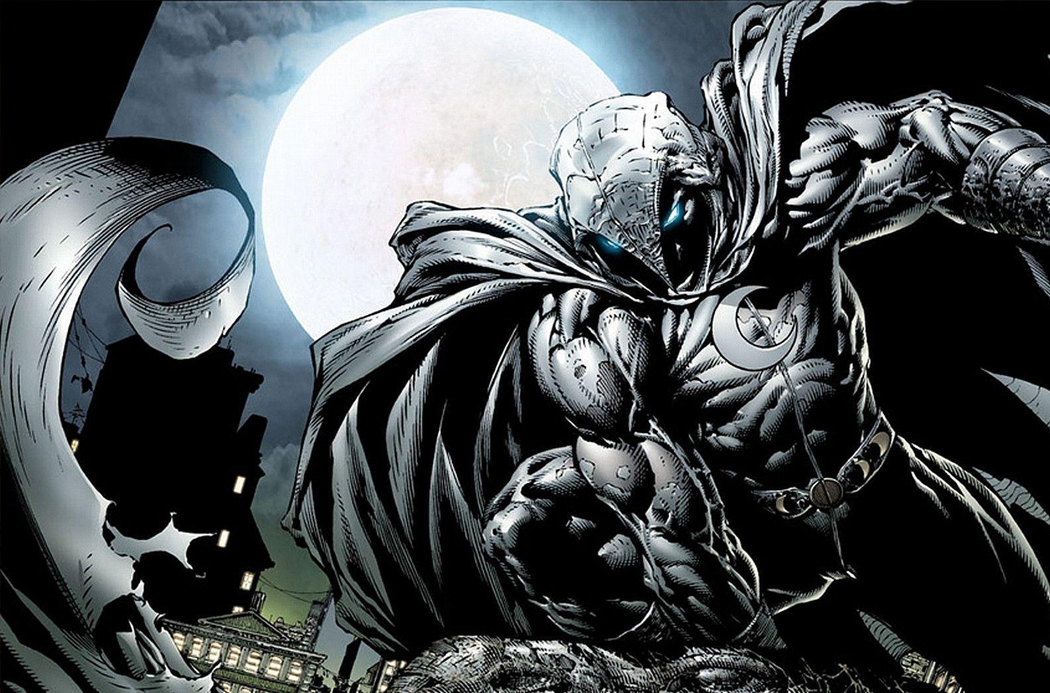 Who the hell is Moon Knight? Well, he is a Marvel Character who works a little like Batman. He uses money to make gadgets and hangs out on rooftops at night to punish bad guys. Here’s the twist however – he is possessed by the Egyptian god of vengeance…or at least he thinks he is.

Moon Knight is a dude who keeps readers guessing as to whether he really is a super-powered good guy, or just a nut with good intentions. The idea of playing a game similar to the Arkham series, but with a healthy taste of Marvel stylings and the recurring guessing game of whether or not the voices in your head are real could be a real interesting narrative experience.

Insomniac games, makers of Ratchet and Clank …and uh, Spider-Man. 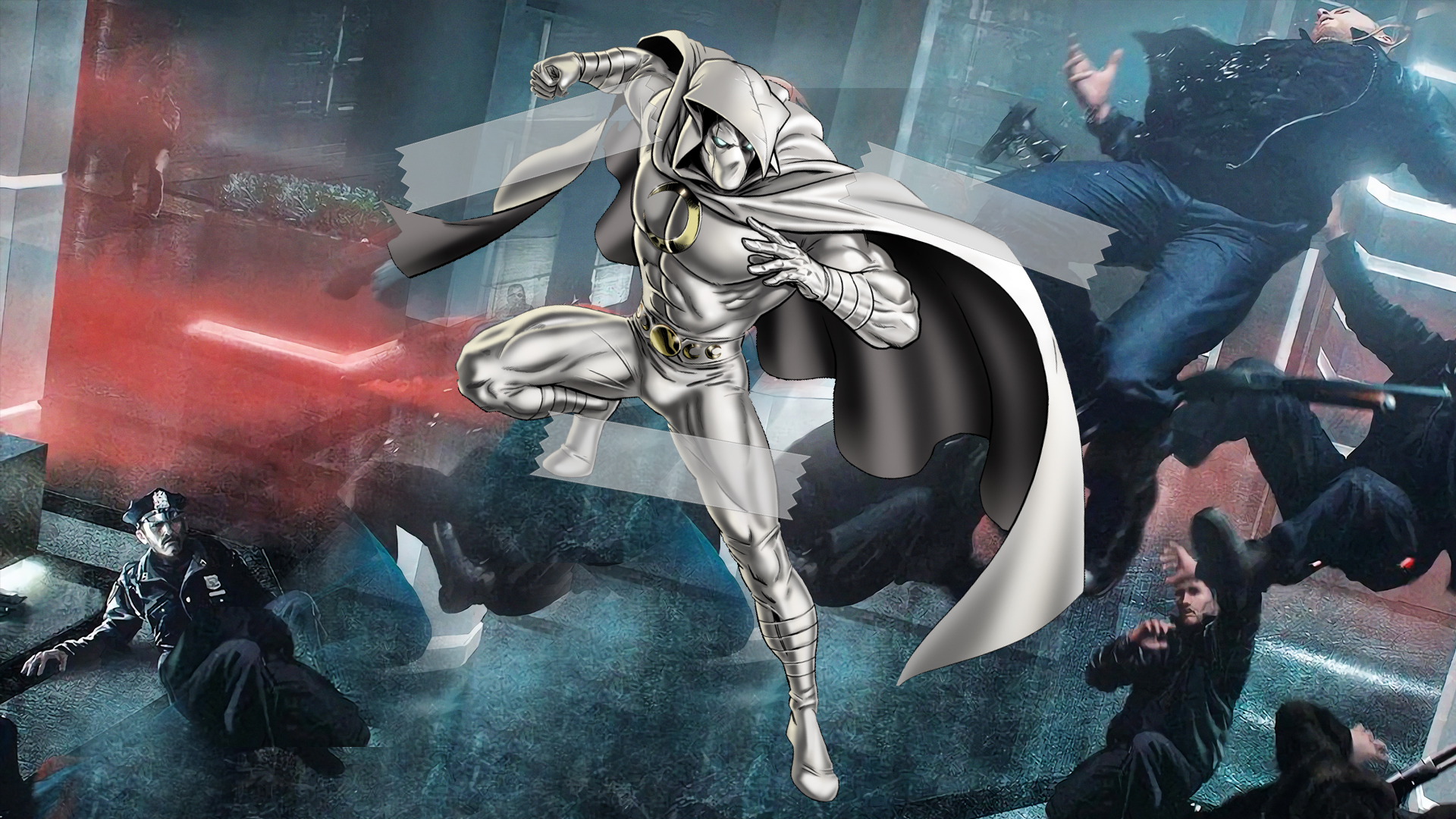 When you absolutely gotta get it right in every single way, they have the track record to prove they are capable. 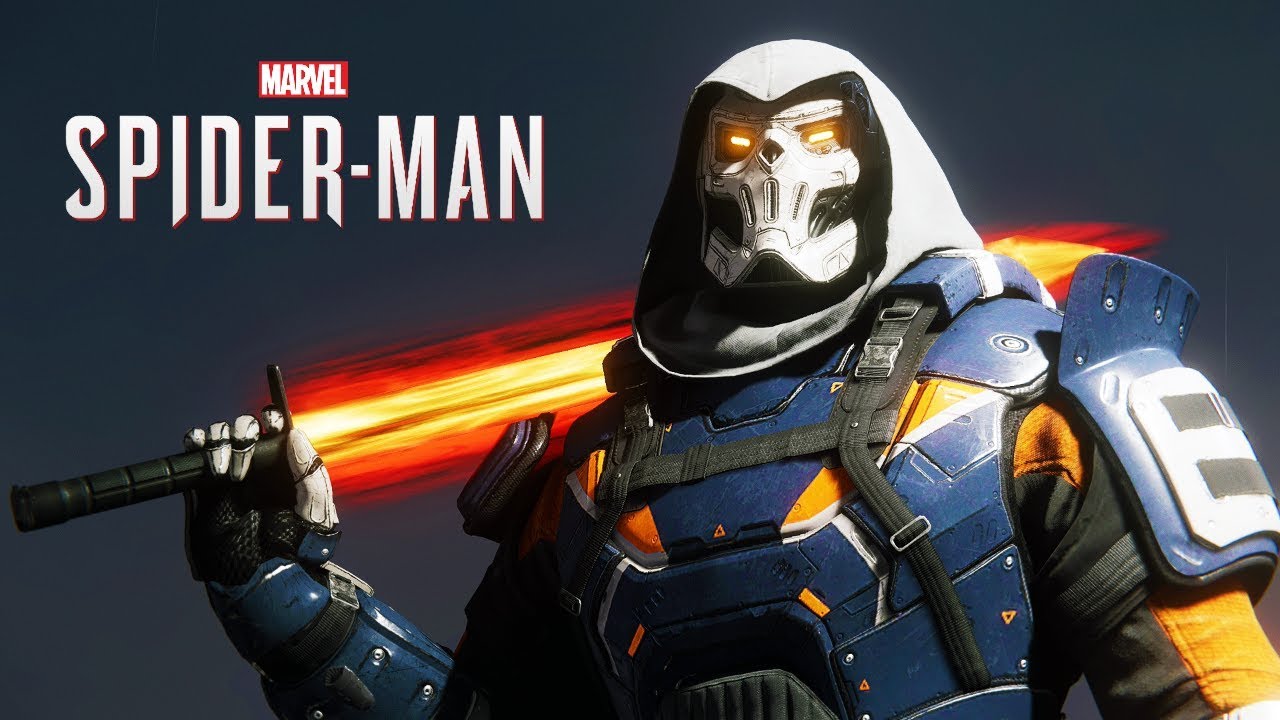 Hot off his appearance in SpiderHYPHENman 2018, my favourite bit-part villain would be a great deal of fun to experience.

Sporting the amazing powers of ‘Photographic Reflexes’ (meaning he can perform any action he has witnessed – used to great effect to learn fighting styles) suggests a game where you try and observe amazing heroes and villains in epic combat …almost Pokémon Snap style. Watch! Learn! Fight! The entire game can be an adventure across the Marvel universe sourcing amazing characters and observing them long enough to learn their kicks and tricks – then pummelling them to prove you are better than they are!

It will never happen, but a man can dream of a game where a dorky dude in a skull mask can fight the Avengers and win. Plus, we need more games where we play as the baddies.

Anyone crazy enough to take this project on.

Because come on, it would be cool on some level.