As gamers in the modern age we take a lot of things for granted, and as technological creatures of convenience we tend to forget about gaming’s humble beginnings. We complain that our 500 GB hard drives aren’t big enough (and they really aren’t) and our updates take too long (and they really do), but many of you will remember when we didn’t have hard drives at all, and a time when there was no Internet so if a game shipped broken there was no day one patch to fix it. There’s a lot of weird and wonderful things we used to do as console gamers before the turn of the millennium – things that were the norm back then but by today’s standards are as backward as the cap of a rad dude in a Hypercolor T-shirt rocking a Yoho Diabolo. Let’s have a look at some old favourites…

These days if you’re stuck in a game you simply post on a Facebook gaming group and wait for someone to passively aggressively comment that you should probably Google it. We didn’t have that leisure back in the day, but we did have various gamer hotlines for when things got a little too tough. These god-like neckbeards on the other end of the dog and bone seemed to know absolutely everything about every game, but their services didn’t come cheap. I enlisted the help of one of these fellows when I became frustrated with The Lion King (that stampede haunts me to this day), and he did manage to steer me through it for the bargain price of $5 per minute.  If this sounds expensive by today’s standards, taking inflation into account this is actually about $8.50 by comparison (the cost of a cup of coffee in Fitzroy). This was the bane of parents the world over, and if you were caught calling one of these hotlines (which you undoubtedly would be) you would be beaten, as was tradition in the 90s. 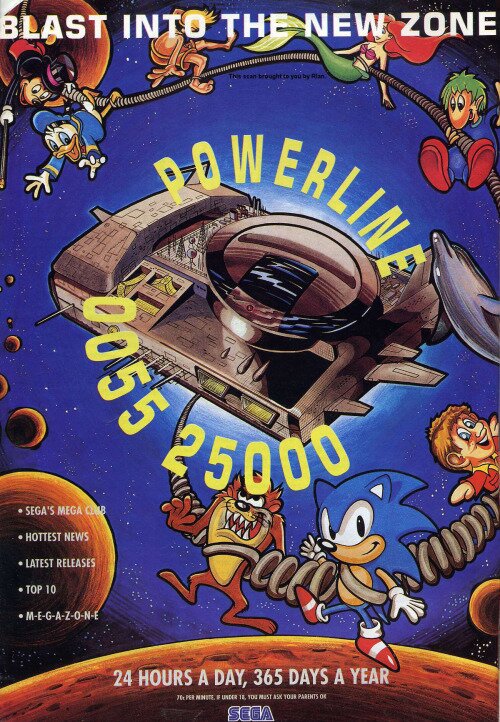 There are some games (like GTA) that still contain cheat codes, but usually if they’re implemented today it feels like a sly but reverent nod to gaming’s beginnings. In the distant past cheat codes were a hot commodity, appearing in a dedicated section at the back of gaming magazines, or solemnly guarded in hand-written notes adorning the inside of a game case. Hell, even Mortal Kombat 2 required a code input at the copyright screen to activate blood and gore (ABACABB on Sega Mega Drive for those playing at home). Some of these cheats were downright obscure, and one wonders how anyone ever found them in the first place. Take for instance Sonic the Hedgehog 2 on Sega Mega Drive where you could unlock a stage select  by playing music tracks corresponding to creator Yuji Naka’s birthday. Then there’s the infamous Konami code (Up, Up, Down, Down, Left, Right, Left, Right, A, B, Start) which featured originally in Contra on the NES, but has since made its way to all sorts of things. One of the stranger appearances of the code is in Assassin’s Creed III, where a turkey can be given an assassin’s hat when you enter the code after whistling at the fowl beast. Useful!

Probably the true modern equivalent of cheat codes comes in the form of mods (which are slowly making their way to consoles) and console commands (on PC), however there’s a little less magic to pressing the tilde key and typing something lame compared to entering a demanding string of obscure controller presses. Check out this apparent cheat for the debug mode in N64’s Star Wars: Shadow of the Empire. 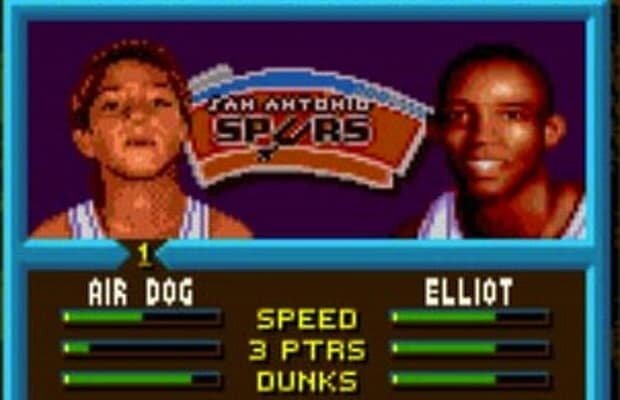 NBA Jam’s Air Dog: Rubbish at 3-pointers but with dunking swag for days

I don’t think we can conclude this section without talking about one of the stranger aspects in cheating history: the GameGenie. GameGenies were essentially devices that physically interfaced the software and hardware in cartridge based-systems like the NES, Sega Master System and Gameboy. Using the GameGenie you could enter specific codes which altered the base game code and gave you access to unlimited lives, ammo or level skip functions. Devised by Codemasters (the cats behind Micromachines V3 no less) and distributed by toy company Galoob, these codes could be found in gaming magazines, or via Galoob’s paid subscription service (I imagine EA and Activision took notes at this point). While Sega welcomed the GameGenie and other iterations like the GameShark and Action Replay, Nintendo was less keen on someone messing with their code. They actually took Galoob to court in 1990 claiming GameGenie operation constituted making derivative works of copyrighted material, but lost the case a year later.

Sony Defence Force close your eyes when you read this next sentence. The OG Xbox (released in 2002) was somewhat of a revolution in gaming, for two primary reasons: it had an Ethernet port enabling quality online gaming and also included a dedicated internal hard drive (it also launched with an FPS that didn’t control like a drunken three-legged sloth and introduced Achievements but hey who’s counting?). Before 2002, the simple act of saving a game was done via external storage, or, just not saving at all.

Possibly one of the most famous games that couldn’t be saved was Super Mario Brothers on NES, and many will no doubt have fond memories of leaving a NES on for days trying to finish it. This is another one that drew the ire of parents. There are games like DOOM that release now that boast harder modes that don’t allow you to save, but back in the day there was no choice – every game was hard mode. Granted game design was a little different back then, but there were nonetheless plenty of brutally difficult games which had no save system. Battletoads anyone? It wasn’t all bad news though, some games took advantage of passwords which allowed you to return to a section after typing in an 89-character alphanumerical code the game would give you, and there was often even a dedicated spot in the back of game manuals to jot these down. 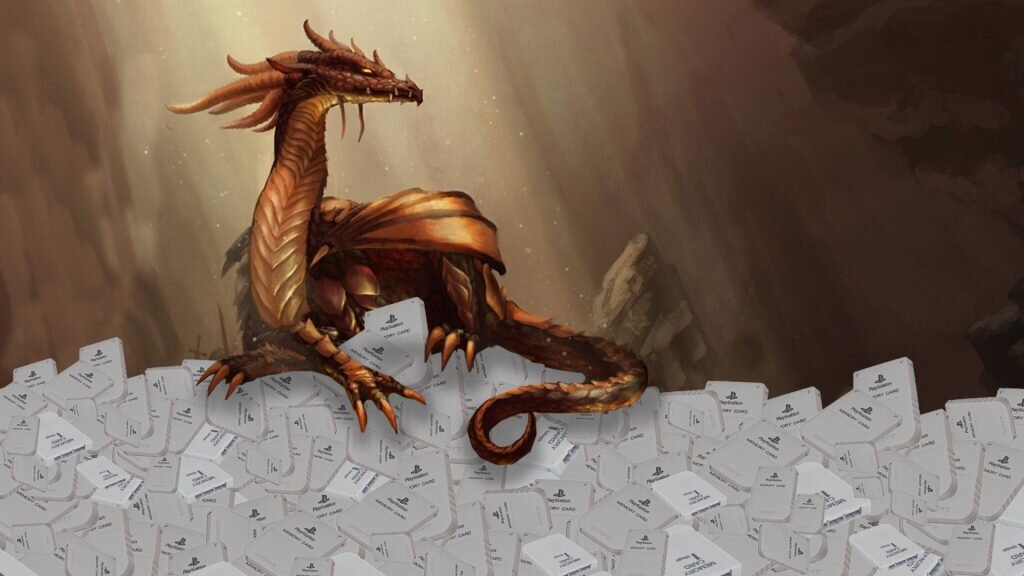 One of the most iconic bits of external storage in the 90s was the PlayStation memory card, and many of us will recall jealously guarding a stash of these bad boys like Smaug from The Hobbit. The ports for the cards were conveniently above the controller ports, although they had to be kept away from Psycho Mantis for fear of having your personal saves revealed. The original PlayStation console had memory cards with a standard size of 1 MB, which means you’d need about half a million of them to equal the standard 500 GB hard drives we have today. To put this in perspective you could build a very thin and precarious bridge from Hobart to Auckland if you put them end to end. Thank God for Moore’s Law.

Enter the Multitap: The Birth and Death of Couch Co-Op

For a long time gaming consoles shipped generally with two controller ports, and it was inconceivable that you had more than one friend with whom to play with. The original PlayStation (released in 1994) changed that idea with its bulky but brilliant Multitap, which took up one of the controller ports but allowed you to put in four controllers and memory cards. You could use the second port with another Multitap too and and have up to eight players on the same console (and television for that matter), however this required a prohibitive amount of friends to make it work. This boomerang-shaped beast had a number of games that were an absolute blast to play with mates, the finest of which was of course Micromachines V3. Only Sith deal in absolutes, but I’m willing to defend that statement to the death (or by three-legged sack race).

Time to get some friends

Console developers took notice of the popularity of squeezing multiple players on tiny screens, with Nintendo shipping its N64 with four controller ports out of the box. Any gamer worth their salt no doubt has tales of epic local multiplayer Mario Kart or Super Smash Bros rivalries that stretched many a friendship to their breaking point, beyond the initial bloodshed over who would get to use what colour controller (with the standard grey controller of course being relegated to either the youngest sibling or the least popular friend). The last consoles to ship with four controller ports were the Gamecube and OG Xbox (both releasing in 2001). The 90s were indeed a golden era for local multiplayer, and amongst other things I personally have great memories of…eating sandwiches…and playing Halo with three other mates on the same 25-inch CRT TV.

What memories do you have of gaming’s glorious past? Let us know.

Brain Training Is Back And Coming To Nintendo Switch
September 30, 2019

GameStop Looks To Have Confirmed PS5 Backwards Compatibility Through A Registration Page
March 2, 2020