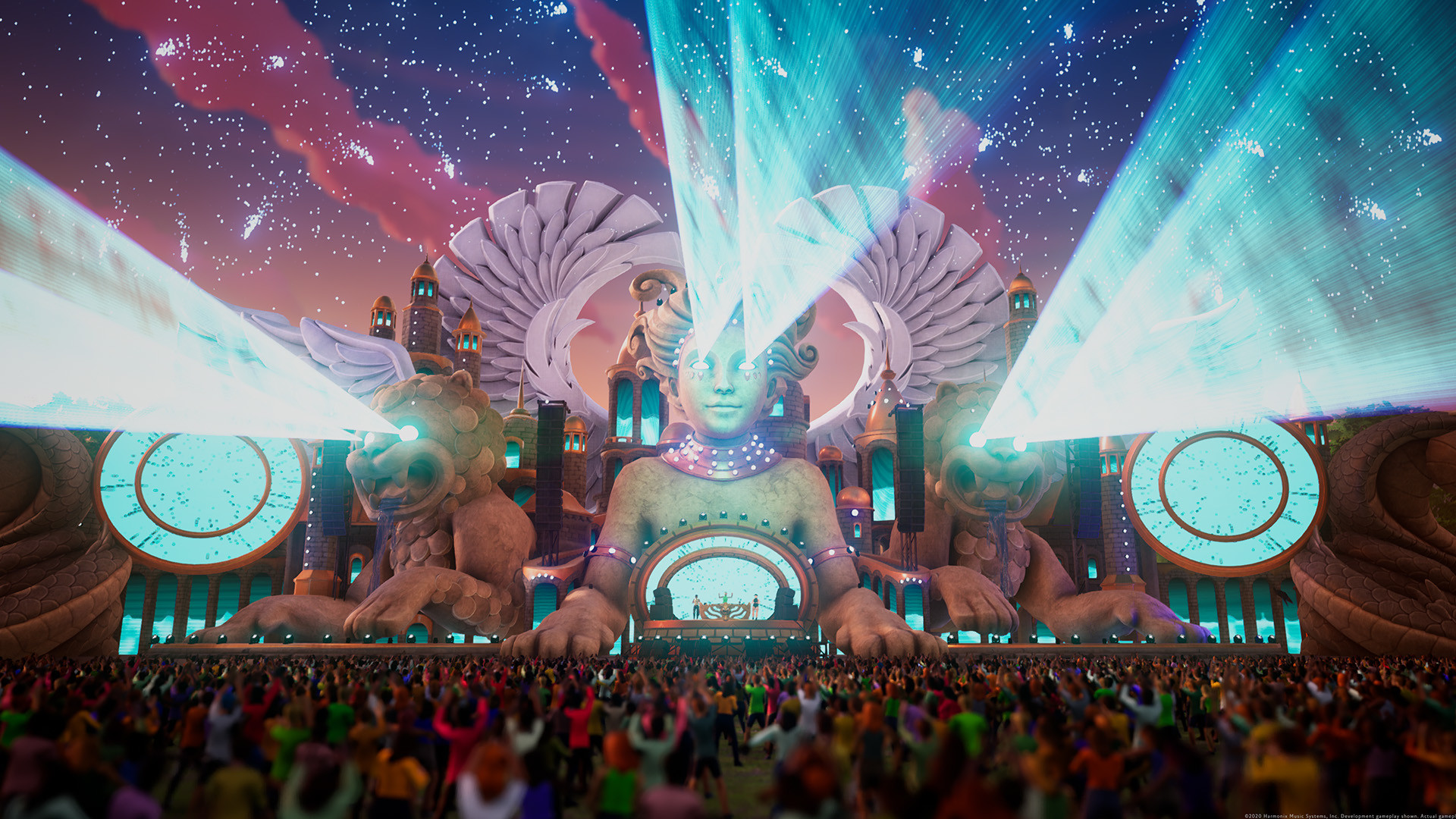 December 22, 2017. That’s the day that I first signed up to one of those Buy Now, Pay Later apps that are now a permanent fixture in retail. I signed up while standing in a Toys ‘R Us (who were still operating at this stage) in Melbourne’s iconic Chadstone Shopping Centre, because I’d decided that fellow WellPlayed contributor Zac Reardon and I just couldn’t go home without each grabbing a DropMix starter kit.

We’d spent the earlier part of the day checking out articles and videos about the hybrid card game/music app by Rock Band developer Harmonix, and it looked pretty incredible. A mix of voodoo and music technology promised to let us place physical cards on a special board to automatically mix stems from a library of popular songs into our own ridiculous DJ sets. And you know what? It bloody well worked. With these unassuming bits of cardboard and a simple mobile app we were dropping mixes (ah, that’s where the name comes from!) like nobody’s business, and we’d regularly whip them out at each other’s places or when friends came around.

And then we kind of forgot about them. Relegated to cupboards or boxes they collected dust over a couple of years until, just recently, I decided to get my Dropmix out again for a bit of a bash. I set it all up, re-downloaded the app and went to turn it on but…nothing happened. Figuring the batteries had probably long-since died I opened it up and made the grisly discovery. The batteries had corroded and melted all through the innards of the Dropmix board and it wasn’t salvageable. I messaged Zac to ask how his was, and yep, same thing. And that’s when I found out about Fuser, a video game built by Harmonix on the same foundations as DropMix, albeit sans the bother of physical equipment. Swings and roundabouts, my friends.

Taking the magic of DropMix’s automatic mixing technology and expanding on it, Fuser feels simultaneously incredibly fresh and like a relic of a past where lounge rooms and cupboards everywhere were filled with plastic instruments. Familiarity isn’t always a bad thing of course, and the ‘new kid on the block rises from the underground to superstardom’ campaign just works for these types of games. DJing is a power fantasy after all and the format captures that perfectly. And of course, this power fantasy is for everyone, spinning an otherwise complex skill into something digestible and backed up by video game wizardry that makes it so that anyone can take the festival stage.

Fuser’s performances work by placing four platters at the bottom of the screen for the player to drop discs into, which are individual tracks from a library of licensed songs kept at the top of the screen in the player’s crate. By highlighting a song and using the face buttons, any of four of its various instrumental and vocal tracks can be dropped in, and the game automatically syncs the timing and tone to fit the rest of the tracks in play. It’s a mighty impressive gimmick, being able to press a button and have the vocals from Smashmouth’s All Star mash up perfectly with the drum track from Cardi B’s Bodak Yellow and the bass line from Benny Benassi’s Satisfaction. Even forgoing the video game parts of the game, the same appeal as DropMix is here in being able to sit around it with a few friends and just mix the most bullshit, should-never-be-played-together tracks and enjoy the results.

This is a video game though and so there’s plenty more to do besides dicking around with meme songs. There’s a full campaign that takes your customised DJ avatar across six festival stages, working with various producers and types of crowds to hone your skills. The game uses this campaign as sort of an extended tutorial and an introduction to making crowd-pleasing mixes, from learning the basics of timing pick-ups and downbeats to mastering rises and more. It’s a fun enough inclusion and a great way to learn about effective mixing, but it also suffers from feeling a little too game-y, as well as being the only way to unlock a lot of the elements you’ll want for your freeform play.

Stages in the campaign typically give you a loose theme to which you add your own preferred songs and sets you off playing to a crowd who’ll routinely give you requests while the stage promoter also sets goals that you’ll need to achieve to earn the coveted 5-star rating. This means that while you have creative liberty for the most part, in order to do well you need to be checking off every request that comes through and some of these are awful. Why on Earth would I want to interrupt the amazing hip-hop groove I’m laying down right now because some punter wants me to include the vocals from Moves Like Jagger?

Pushing through the campaign’s 36 levels becomes a necessity though, to unlock everything for use in the far more engaging Freestyle modes. Here, either solo or in online co-op you can mix the way you want, simply dicking around with all of the tools the game has to offer or attempting to create some serious bangers. But you won’t have access to anything without grinding for in-game currency to buy all of the songs, and worse you don’t get a lot of the cool stages, tools and customisation elements until they’ve been introduced in the campaign. I had a lot more fun making ridiculous mixes to impress/infuriate my friends than I did following along with the campaign so it frustrated me that I had to slog through that to have access to everything.

There’s a strong community element present in Fuser, both in its inherent festival vibes as well as concerted efforts in-game to foster collaboration, but it has one big problem. At A$99.95 RRP and with A$60-70 worth of DLC songs at launch, it’s an expensive proposition. If all you wanted to do was enjoy Freestyle play and mess around with mixes, the high price tag and unlock requirements are going to get in the way of that hard. There are also quite a few community elements like online challenges and mix sharing that, so far as I’ve seen, feel a bit lonely currently which doesn’t paint a great picture.

It’s a shame, because there could be something special there and Harmonix has done a decent job with inclusivity in its character creator (non-gendered body types, options for vitiligo and even some non-binary representation in its campaign are all welcome) to make it feel like a welcoming space, but I just don’t see that space filling out.

Fuser’s mixing technology is still as much a marvel as it was in DropMix, and the move to a video game format means Harmonix has been able to expand on it in meaningful ways. It’s a seriously impressive tool and a lot of fun whether you’re serious about laying down some truly hot mixes or just want to dabble and mash up the un-mash-uppable. It’s just unfortunate that some of its more game-ified elements don’t land and a high price of entry is likely to stunt the growth of its community. 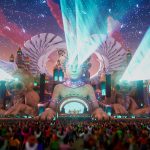 Fuser Review
Mash Mouth
If you never got to experience DropMix, this is an even better extension of Harmonix' incredible mixing technology, just be prepared to invest serious time and dollars to get the full experience
The Good
Mixing tech is mighty impressive
Visually distinct stages and characters
Decent song selection spanning decades and genres
Community tools and modes are strong
The Bad
Expensive, especially with DLC
Forced to play campaign and grind to unlock everything
Looping tools are cumbersome on console
7.5
Good

Fuser Review
Mash Mouth
If you never got to experience DropMix, this is an even better extension of Harmonix' incredible mixing technology, just be prepared to invest serious time and dollars to get the full experience
The Good
Mixing tech is mighty impressive
Visually distinct stages and characters
Decent song selection spanning decades and genres
Community tools and modes are strong
The Bad
Expensive, especially with DLC
Forced to play campaign and grind to unlock everything
Looping tools are cumbersome on console
7.5
Good
In this article:dropmix, edm, FUSER, harmonix, kieron verbrugge, music, ncsoft, pc, ps4, review, rock band, switch, wellplayed, Xbox One