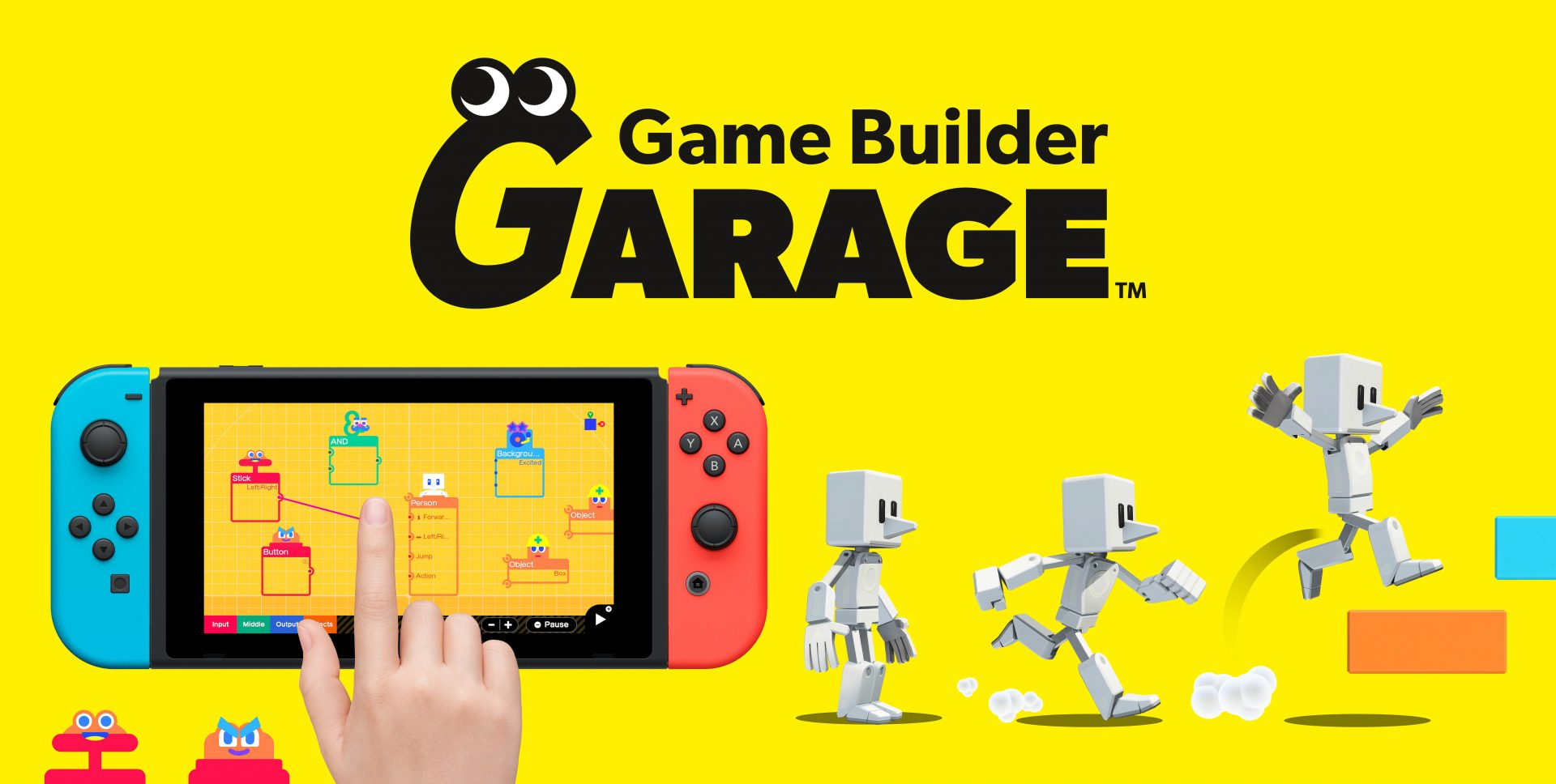 They say you don’t want to know how the sausage is made, but I tend to disagree. Sure, the average snag is largely made from literal meat compost, but once you’re equipped with that knowledge you’re able to start to develop an appreciation for a sausage with craftsmanship.

That’s why I’ll never get enough of user-level video game development suites. Software such as MediaMolecule’s Dreams seeks to give me the tools to make the sausage for myself, helping me to better appreciate all of the delicious bangers the industry has to offer once I find that the entirety of my own output wouldn’t be fit to grace a slice of stale Tip Top. While Nintendo’s Game Builder Garage wants to see me fulfil my dream of running a boutique Melbourne saucisserie stocked with my own artisanal, allantoid delights, it’s also obsessed with first watching me produce a thousand Coles-brand barbecue basics before I’m trusted with anything resembling flavour.

The core of Game Builder Garage is all about the Nodons. Representing the essential functions of video game code, the Nodons are seemingly sentient beings with their own individual jobs. If you’ve ever ‘programmed’ anything, even on the most basic level, you’ll recognise most of these new friends like the ones that control IF/AND-style statements, the ones that spawn objects or count events. The way they’re presented in Garage is novel and entertaining, each of them with their own personality and bespoke dialogue that’s both entertaining and serves as further context for novices in learning to build games. They’re all excited about their jobs, and working together to create games, and in typical Nintendo fashion they have far more charm than should be legal for a bunch of boxes being placed on a grid.

The physicality of the Nodons, and of the game and program screens that you’ll spend your time flicking between, are key to how intuitive Game Builder Garage truly is. Where you place your characters and objects on the program screen is where they appear in-game, and to scale. It makes it that much easier to visualise your progress, a fact that the game’s tutorials drive home almost constantly. You’re taught to give thought to where you place both visible and invisible functions, how to organise your programming space, and how to most effectively jump in and out of your game to test things on the fly. You’re taught it all over and over, in fact. And over again.

See, Game Builder Garage ships with two modes – a free programming mode that gives you a blank canvas and the entire suite of tools at your disposal to go nuts and make games, or a complete course of learning across seven different game types from simple platformers to 3D action games. The latter is near-compulsory if you’ve any desire to understand how it all works, but it’s frustratingly rigid. Each of the seven dedicated tutorials is at least an hour long and offers very little in the way of self-expression – you’ll simply follow along with each set step exactly as you’ve been shown. The puzzle-like tests between game sections are the highlight, giving you scenarios based on game mechanics that you can only solve by correctly using a limited set of programming options. The thing these tutorials need most is the ability to skip ahead. After picking up the basics I really just wanted to make a 3D platformer, but despite being confident in figuring out the software’s nuances as I went along I had to slog through every single other section to get to the 3D platforming tutorial at the very end.

Once you do have the tutorials completed and feel confident just to tinker, Garage is a ton of fun. Its limitations do show in the set palette of objects and variables that it ships with, though you can augment a lot of it with a basic pixel art editor. One look at a game like LittleBigPlanet though, and limitations rarely mean much once a hardworking community gets involved.

Where LBP and Dreams are supported by online sharing and editing features though, Game Builder has nothing. User-made games can only be shared with special codes, which is a very Nintendo concept, meaning anyone keen to show others what they’ve made or check out other players’ games to glean ideas from must turn to sources outside of the game itself. There’s already some neat stuff out there too, but it’s tucked away in places like Reddit and Twitter – not exactly where Nintendo should be sending the primary-school aged, wannabe developers that are likely their target audience.

Game Builder Garage is a simple and very accessible learning tool for budding bedroom developers to come to grips with the basic concepts, but it’s held back by a barebones feature set and rigid tutorials that suck the fun out of those first steps. Once you’ve suffered initiation and you’re comfortable to skirt its boundaries looking for openings to experimentation there’s some joy to be had, but it’s missing the longevity and community of something like Dreams to make it anything more than a curiosity. 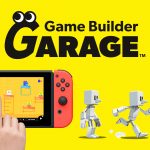 Game Builder Garage Review
A Slow Build
Game Builder Garage is a novel and wonderfully-designed visual programming suite, but its tutorials are far too rigid and there's little else to do outside of them if you find your creative juices have run out. It's got the Nintendo charm in spades though, and it's definitely something that parents of budding bedroom developers should see good value in.
The Good
Fun, intuitive way to learn the basics of game programming
The Nodons are an entertaining and creative teaching tool
Programming interface is flexible and immediate
Puzzle-like logic tests between tutorials are neat
The Bad
Tutorials are a slog
Online functionality is basically non-existent
Limited by the content that it ships with
7
Good

Game Builder Garage Review
A Slow Build
Game Builder Garage is a novel and wonderfully-designed visual programming suite, but its tutorials are far too rigid and there's little else to do outside of them if you find your creative juices have run out. It's got the Nintendo charm in spades though, and it's definitely something that parents of budding bedroom developers should see good value in.
The Good
Fun, intuitive way to learn the basics of game programming
The Nodons are an entertaining and creative teaching tool
Programming interface is flexible and immediate
Puzzle-like logic tests between tutorials are neat
The Bad
Tutorials are a slog
Online functionality is basically non-existent
Limited by the content that it ships with
7
Good
In this article:dreams,game builder garage,kieron verbrugge,nintendo,review,switch,wellplayed