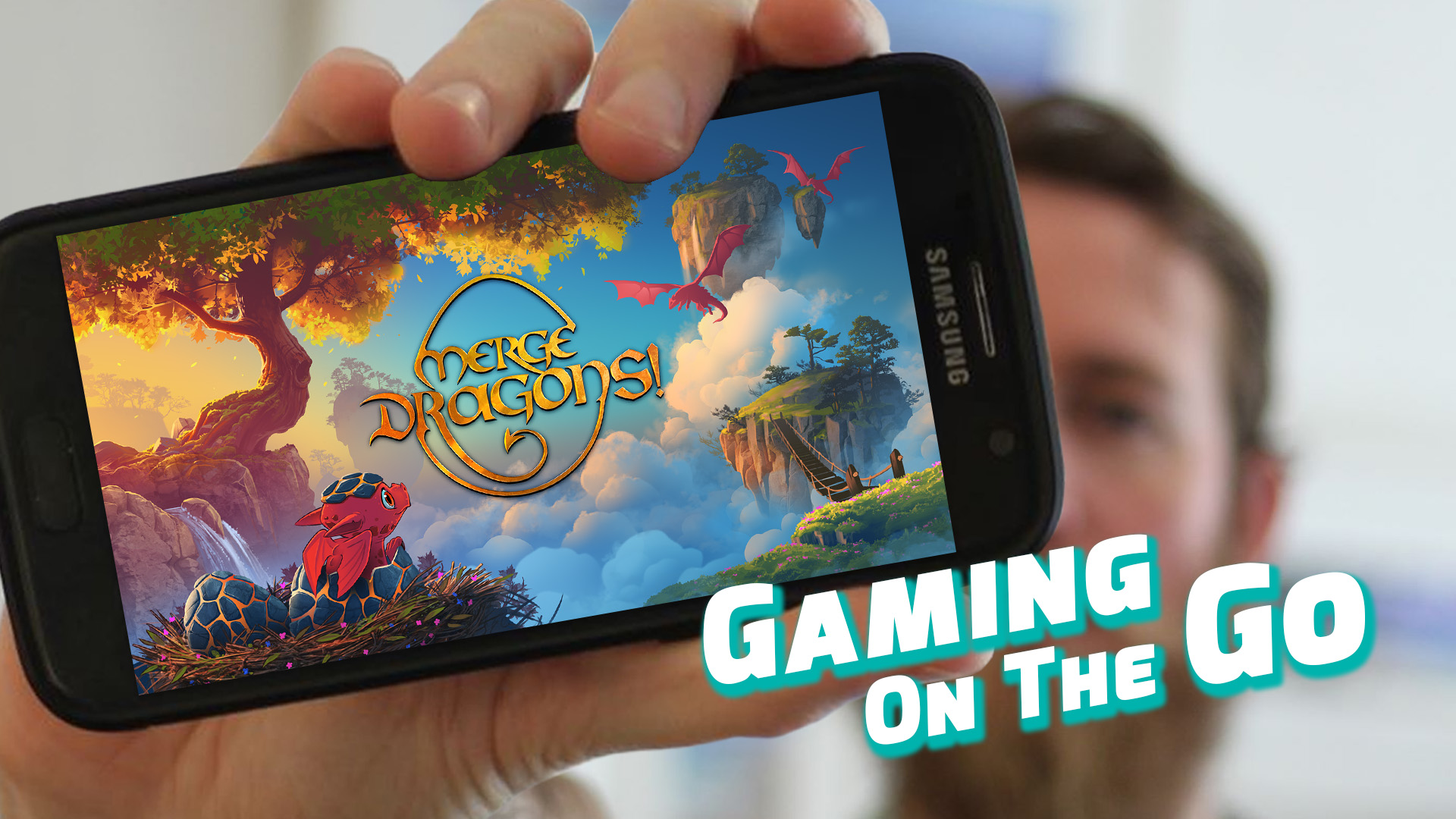 Puzzle games on mobile devices are a dime a dozen, you see them everywhere. Generally speaking, they are all pretty much the same with differences in theme and style. Obviously, it’s pretty hard to create something new that gamers on the go will want to play over everything else and finding that game is tough. That’s where I come in. Over the last few weeks I’ve been playing Merge Dragons, a merging/puzzler game by Gram Games Limited that doesn’t take a whole lot of brain power but is a really nifty game that gets you hooked.

The premise is simple – merge stuff that looks the same to create bigger and better things. You start out with a small camp with just a few items to merge together. You’ll need to merge at least three and there’s no upper limit to the merge, you’re only limited by the space you have in your camp which grows as you remove the Evil Fog. This can be done by increasing your overall Dragon Power which, you guessed it, is done by merging Dragons. The gameplay is super simple – take three similar items in your camp, place them next to each other and watch them merge into something better. Hot tip, if you merge five together, you’ll get two of the same item, the same as if you merge six!

There is a ‘campaign’ of sorts that goes with the game, which consists of different puzzle levels that gives you rewards if you merge what you need together to finish the level. For your efforts you’ll get a chest reward and some of the items in the level for free. Within the camp there are objectives to meet which grant you stars that, when merged, give a buttload of sweet loot. The in-game currency is coins and stones, each of which you can use for upgrades to your infrastructure within the camp.

Merge Dragons is honestly such a simple game but if you’re anything like me, you’ll be playing it for up to hours a day for weeks. The sheer number of different items you can merge, as well as the dragons you can collect really sucks you in and before long, you’ve been playing the game for hours without realising. Get around it.