If you are the ONLY realistic racing game on the Switch, does that by default make you the best?

Bizarrely, in a game that features racing cool cars, the last thing I want to do is race the cool cars.

There are times when the game can look truly fantastic

At a glance, Gear.Club Unlimited definitely seems to be cutting itself from similar cloth to big time auto-porn titles such as Gran Turismo or Forza – something that is entirely missing not only from the Nintendo Switch, but from Nintendo consoles in general. People on these platforms would genuinely find themselves getting their speed fix from Mario Kart titles, or F-Zero – so it definitely presents a niche that could be filled by an auspicious developer who wanted to produce something a little more grounded and realistic.

For a developer to finally have a little grunt to play with in the form of the Switch, you’d expect to see some pretty gorgeous automobiles, and Gear.Club does indeed deliver. More official brands than you could count, many many makes and models and amazing customisation both under the hood and around the body of the car, you can marvel at just how lovingly rendered these vehicles are. I really did spend a generous amount of time pouring over my speedsters, because deep down I know I am a racing game idiot and would likely do terribly.

Other times, it can look fairly plain

However the races themselves proved to be quite simple. Your opponents drive almost as if they are on rails, and barely respond to your presence. Where most other racing games would pride themselves on devilish AI (at times even feeling like they are cheating), Gear.Club is more than content to simply have them present, serving more as a track hazard than a competitor.

The world map just continues to expand, as you play you gain access to more and more

Even the control scheme itself felt a little odd at first, and though I managed to grow into it a little, I never did feel entirely comfortable. Eventually the game drew back the curtain, and revealed that I was racing with a plethora of assistance options to improve my experience, and after turning a number of them off, I found myself a little more comfortable – but still with an unshakeably ‘odd’ feeling. Couple this with the exceptionally bland world graphics, and your racing experience just sort of elicits a hearty ‘meh’ response. The tracks are incredibly simplistic and very flat in nature. You’ll find yourself thankful that you are driving at a speed where the detail of shopfronts and nature are flying past too quick to scrutinise, for fear that if you looked a little closer you’d come to fathom just how plain it really is. I just could not shed the feeling I was playing a retro Daytona USA arcade HD re-release.

By mentioning ‘arcade’, I have to make a point here. Gear.Club seems unable to decide if it’s a racing sim, or an arcade racing experience. Features and gameplay within the game seem to be at odds with each other, with detailed racing statistics attached to engine upgrades suggesting a depth that all but disappears once you are back in the driver’s seat. Tooltips pop up and make mention of particular upgrade paths that may be necessary to you, with dead-eyed NPC mechanics warning you of bad decisions and how they may impact you – yet that impact never really seems to hit.

A recurring warning I received was regarding my engine perhaps requiring an additional upgrade to be suitable for a particular race. I was delighted to see that the developers chose to allow you to ‘give it a go’ anyway, rather than lock the race outright and force you to upgrade. I effectively cracked my knuckles, and prepared to tackle this self imposed ‘hard mode’, surely this will be a good challenge!

…And I crushed the opposition. Clean win, with hardly an issue. So, I decided to keep it rolling, and managed to beat another 4 races – all with their pre-warning that loosely boiled down to, ‘Your car is a bit shit, you may lose this race.’ This murkiness in the game’s upgrade path meant that I was now free to start throwing some of my hard earned race cash on cosmetic stuff, or just pimping out my garage. This feature of Gear.Club is hard to fault, as I can safely say that the majority of my fun within this title was generated here.

Your garage is a large, mostly empty space, that you can fill with whatever car-related stuff you require. Build upgrade stations to get better tyres, engines, you name it. Or maybe install a spray booth and bodykit station to start sexy-ing up your race Barbies. Any spare room can be dedicated to assorted gubbinz, like vending machines or exercise equipment. To top it all off, you can also select a particular visual style to be applied to the entire thing – my favourite definitely being the Diner aesthetic. I found myself pushing through race events to earn more and more money, to upgrade this amazing space. And the racing itself came to feel like a necessary chore for the sake of improving my amazing garage. 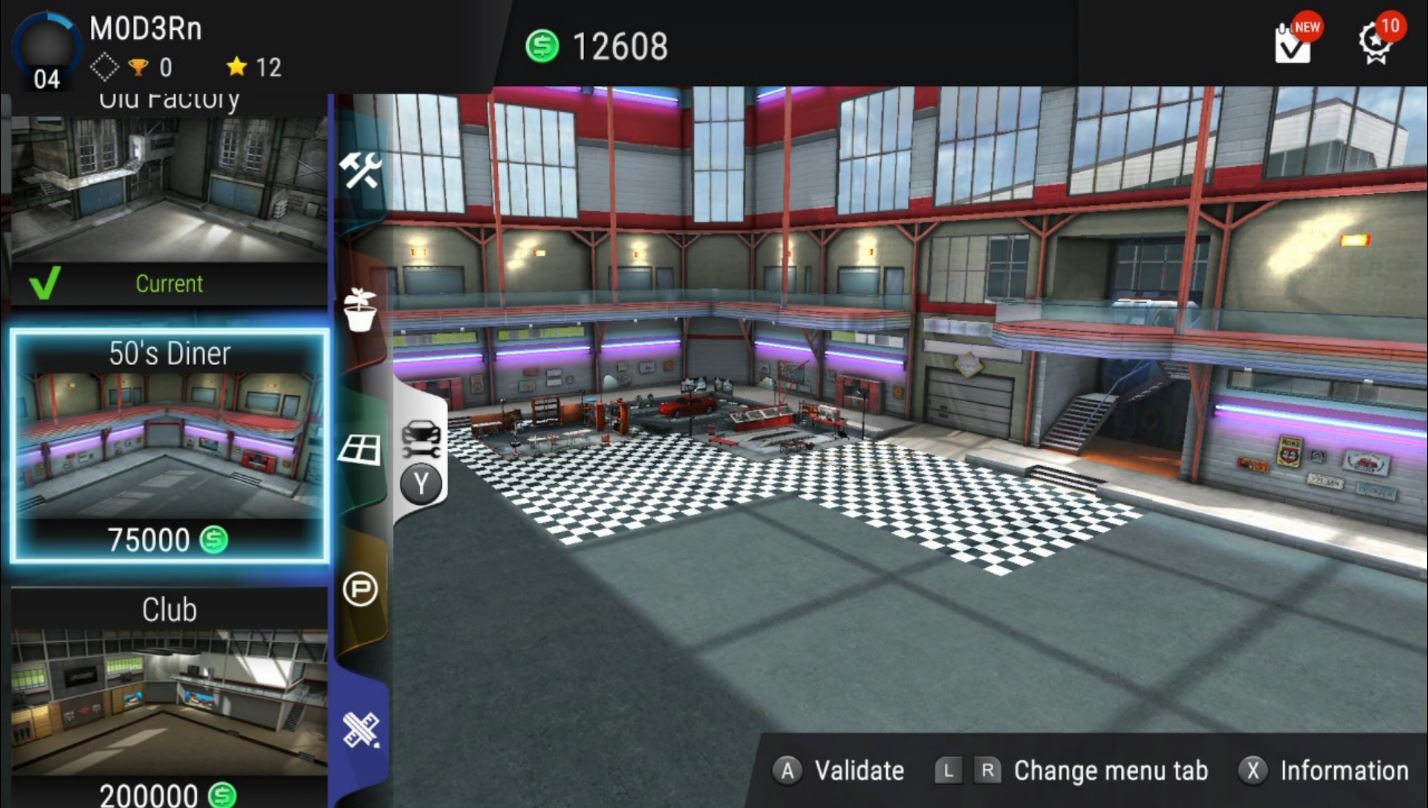 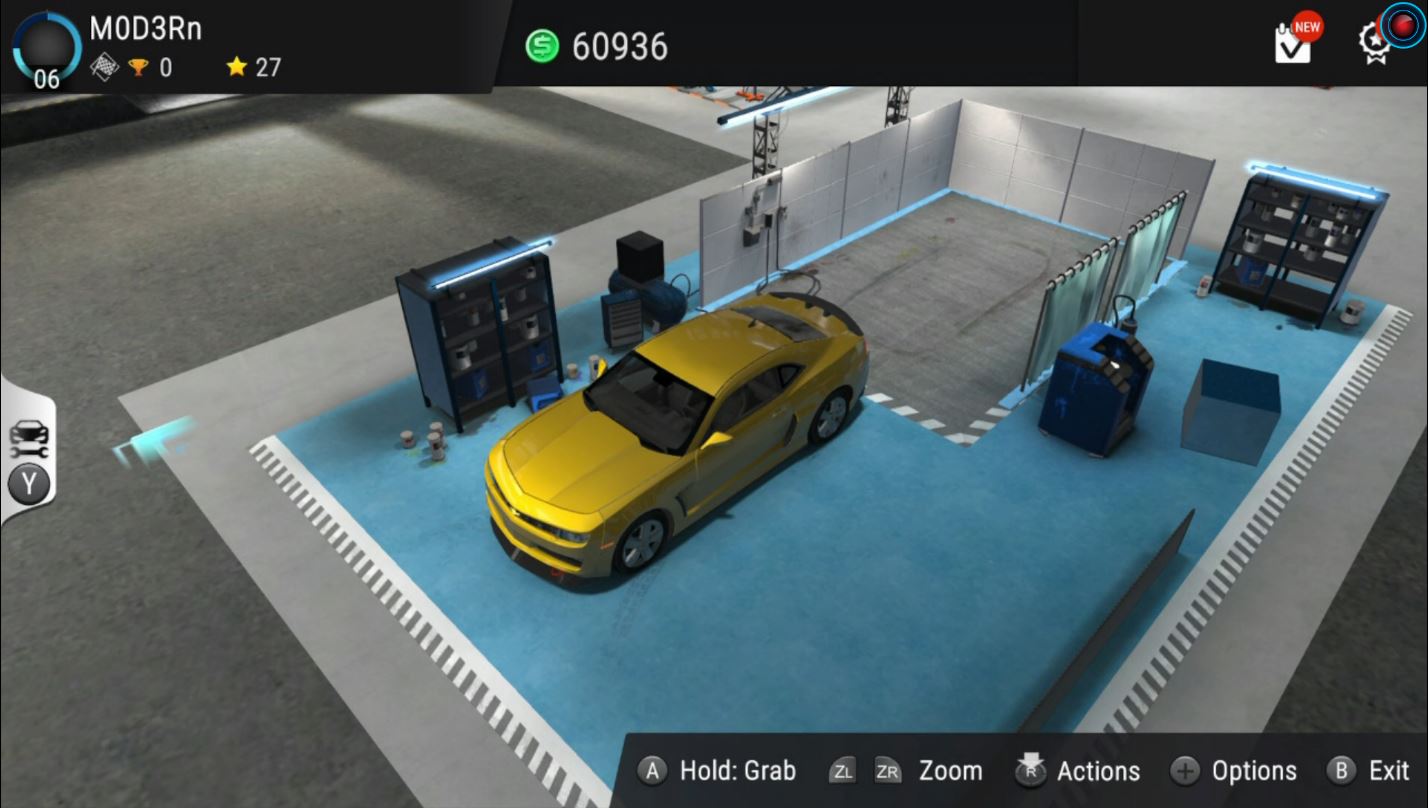 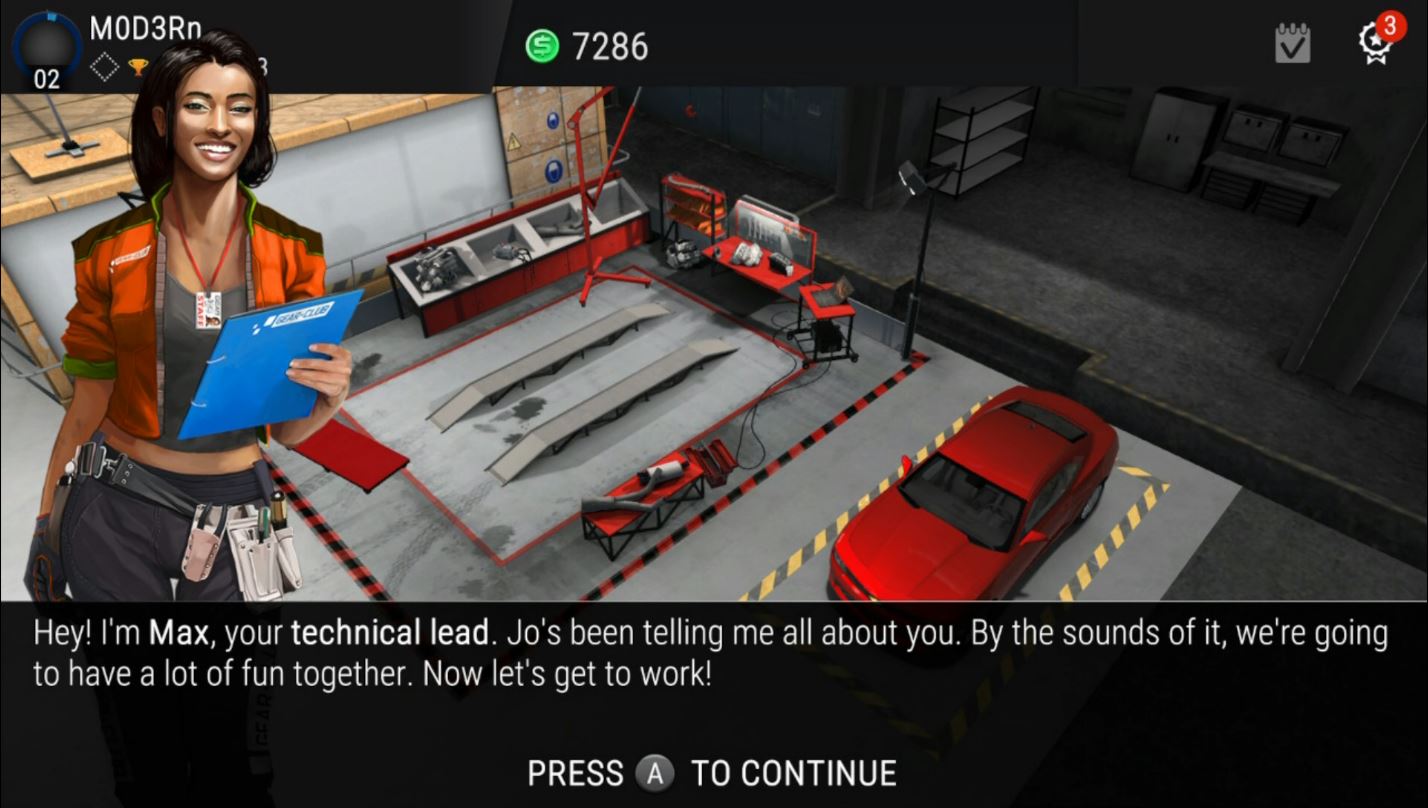 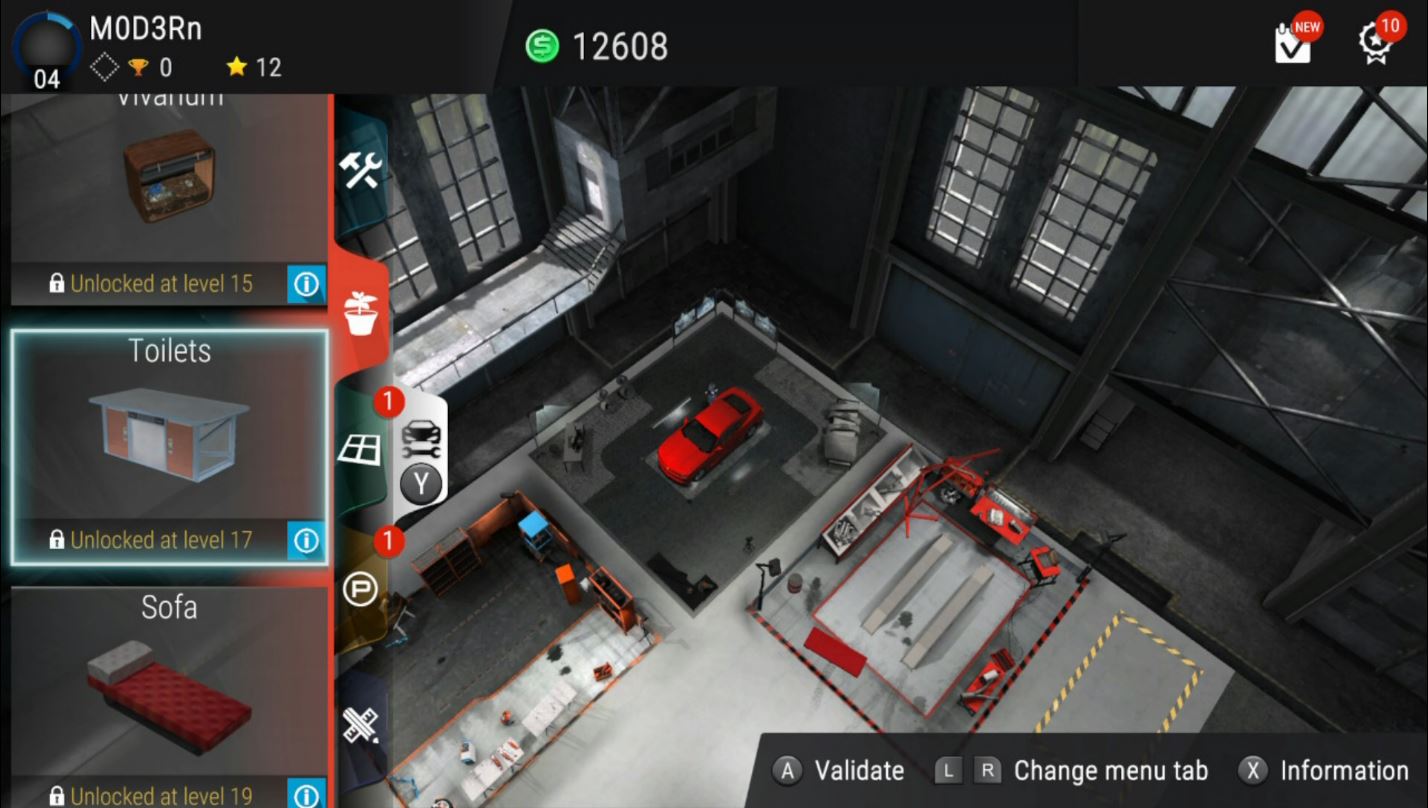 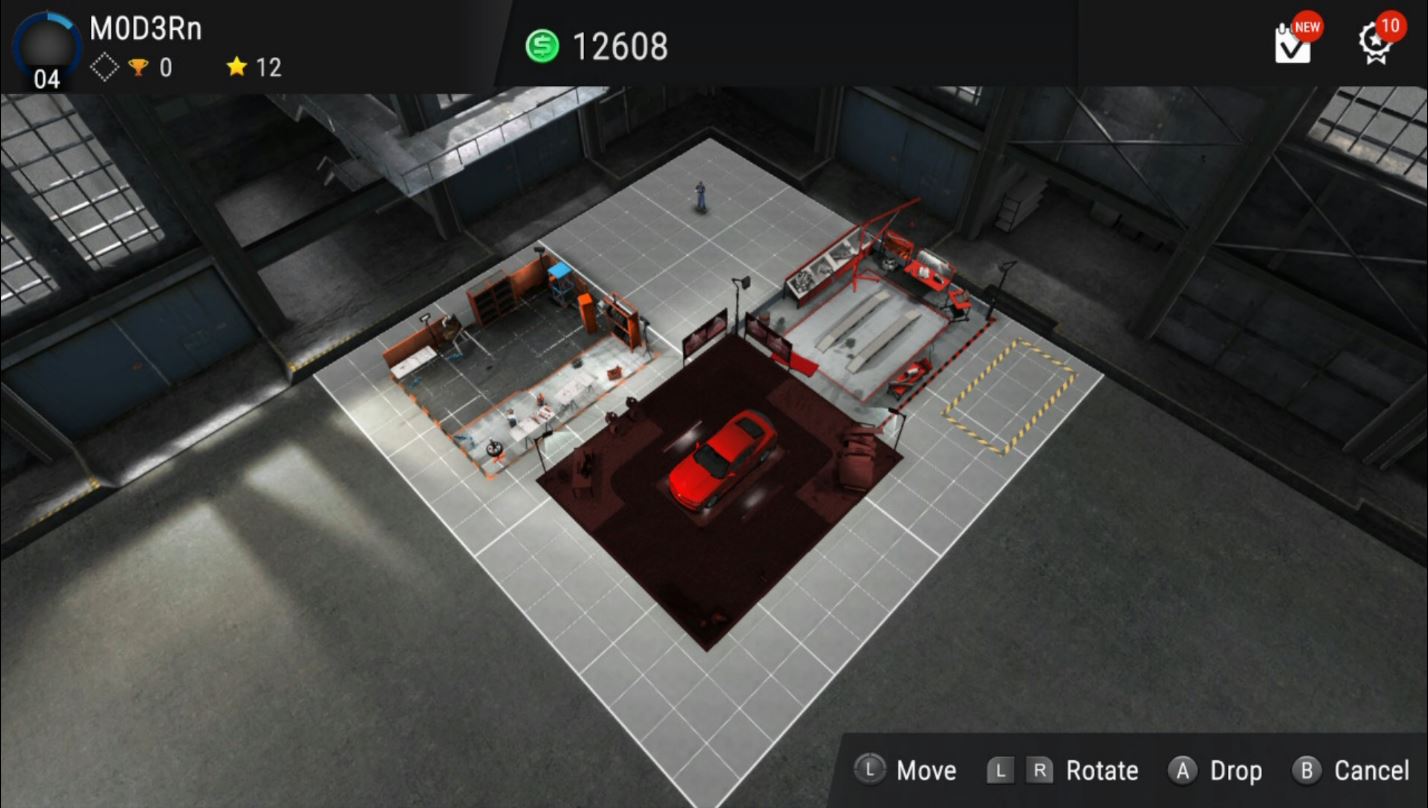 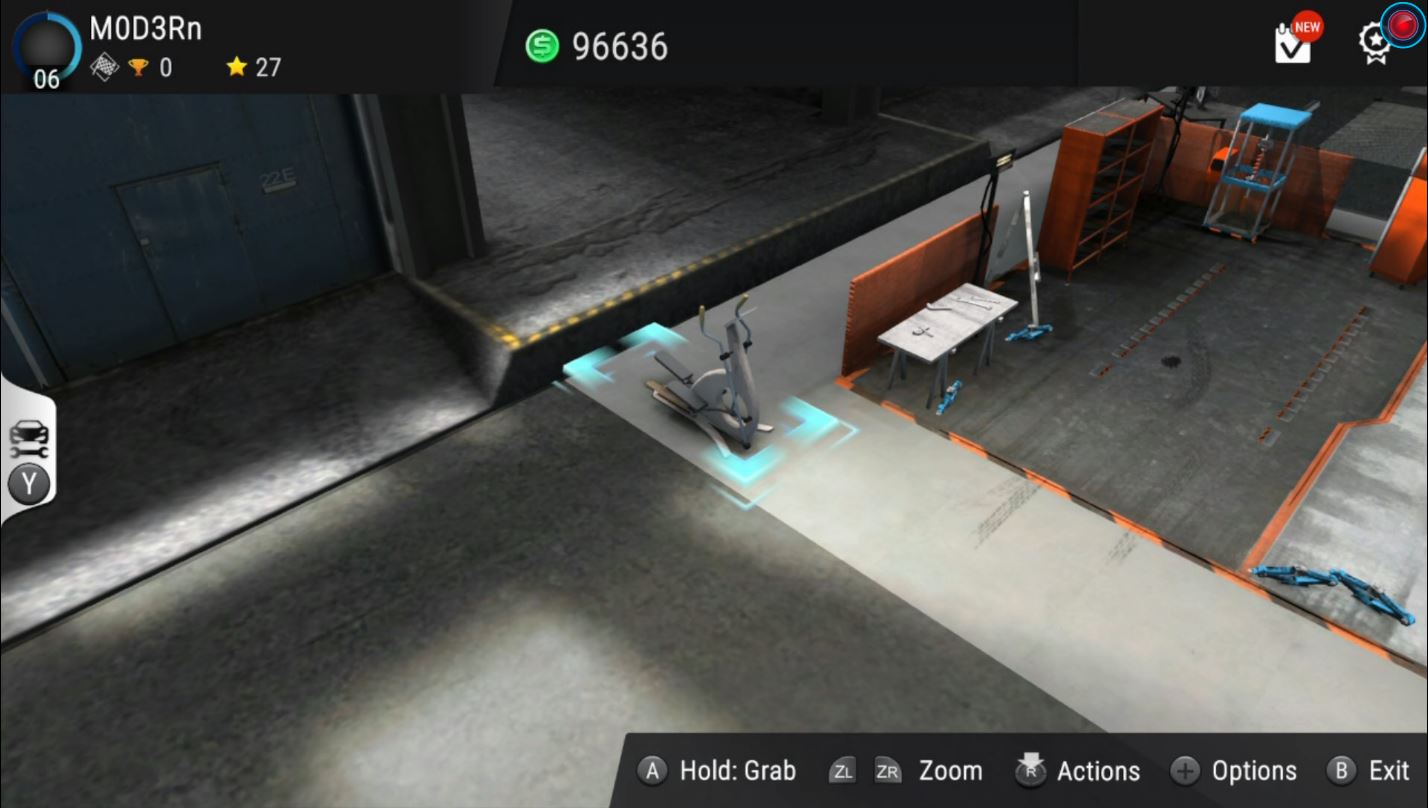 Building your Garage is a genuinely great, Sims-like building experience

This was the most disheartening part of the game. The act of racing your cars becomes entirely secondary – you’d much rather tinker with them and dress them up than race them. I pushed to unlock some of the other racing ‘modes’ such as rally, but found that the same bland experience existed there also. Even multiplayer events feel cheap, serving as little more than leaderboard-based time trials. It ends up feeling a little bit like a free-to-play title that you’d find on a mobile device or tablet – not entirely surprising however, because Gear.Club at one point was indeed a free-to-play mobile title, which has received a healthy amount of polish to be turned into a full priced release, but still doesn’t quite hit its mark.

Gear.Club Unlimited appears to try and deliver to every type of racing fan, but appears to ultimately disappoint all of them. With a positively massive amount of content, there is sure to be something that will delight you, but the real question is – will your interest last long enough?