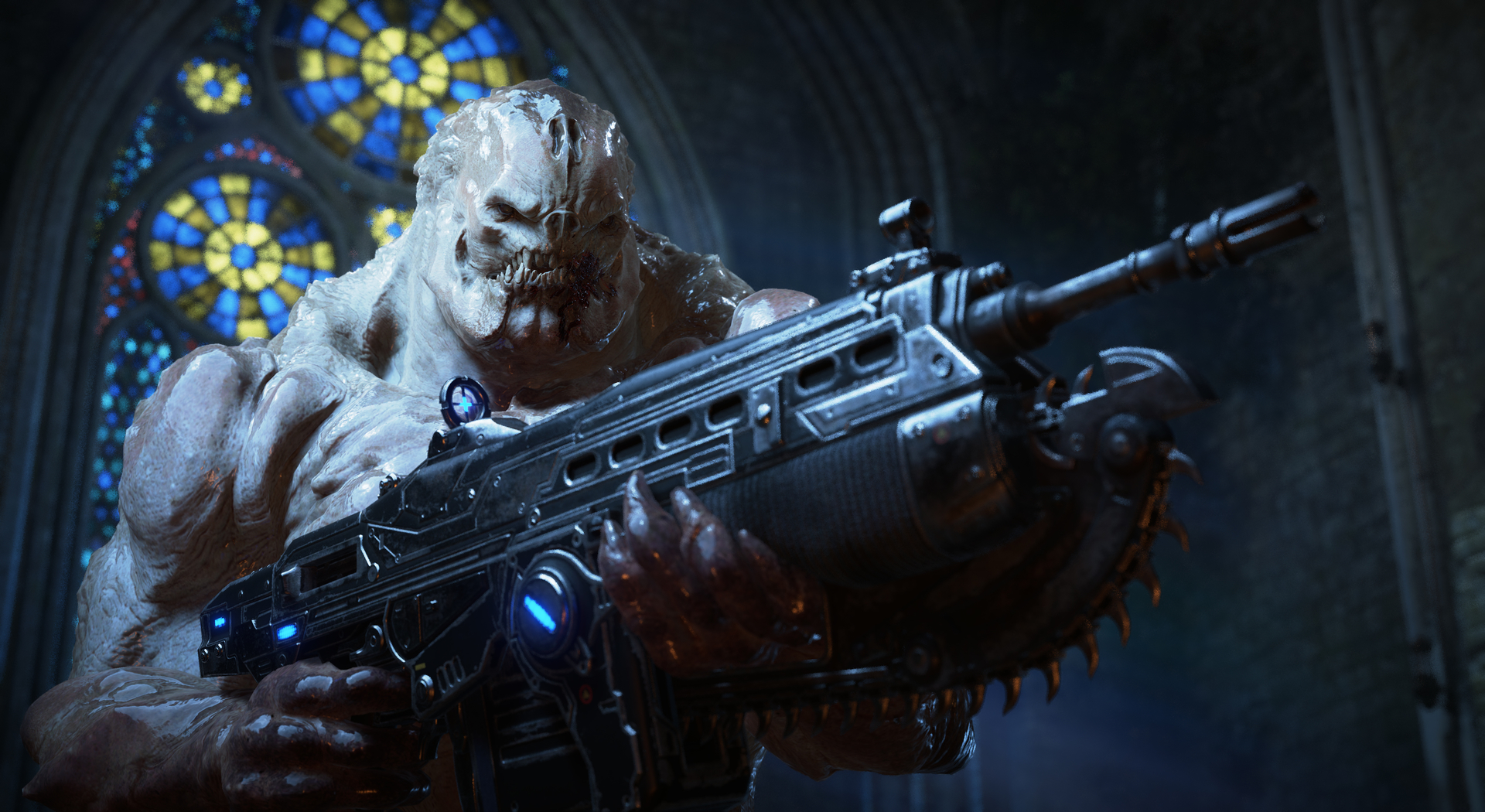 Xbox’s flagship series Gears of War will release its fifth numbered entry on September 10th as revealed today at Microsoft’s E3 2019 press conference. Unless you count two minutes of Kait’s weirdly morphing face with a Billy Eilish song playing in the background as substantial detail, no substantial details were given as to what the campaign might entail.

Although there was no mention of the main campaign and what might happen after the cliffhanger ending of Gears of War 4, it was announced that the game will feature a three-player co-op mode called Escape, and there was also a sneaky peak at a gun that appeared to be made out of teeth.

If you’re keen to check out some gameplay then you can check out the livestream kicking off at 10 am AEST.

In this article:billy eilish, e3 2019, Gears of War, Microsoft, phil spencer, The Coalition