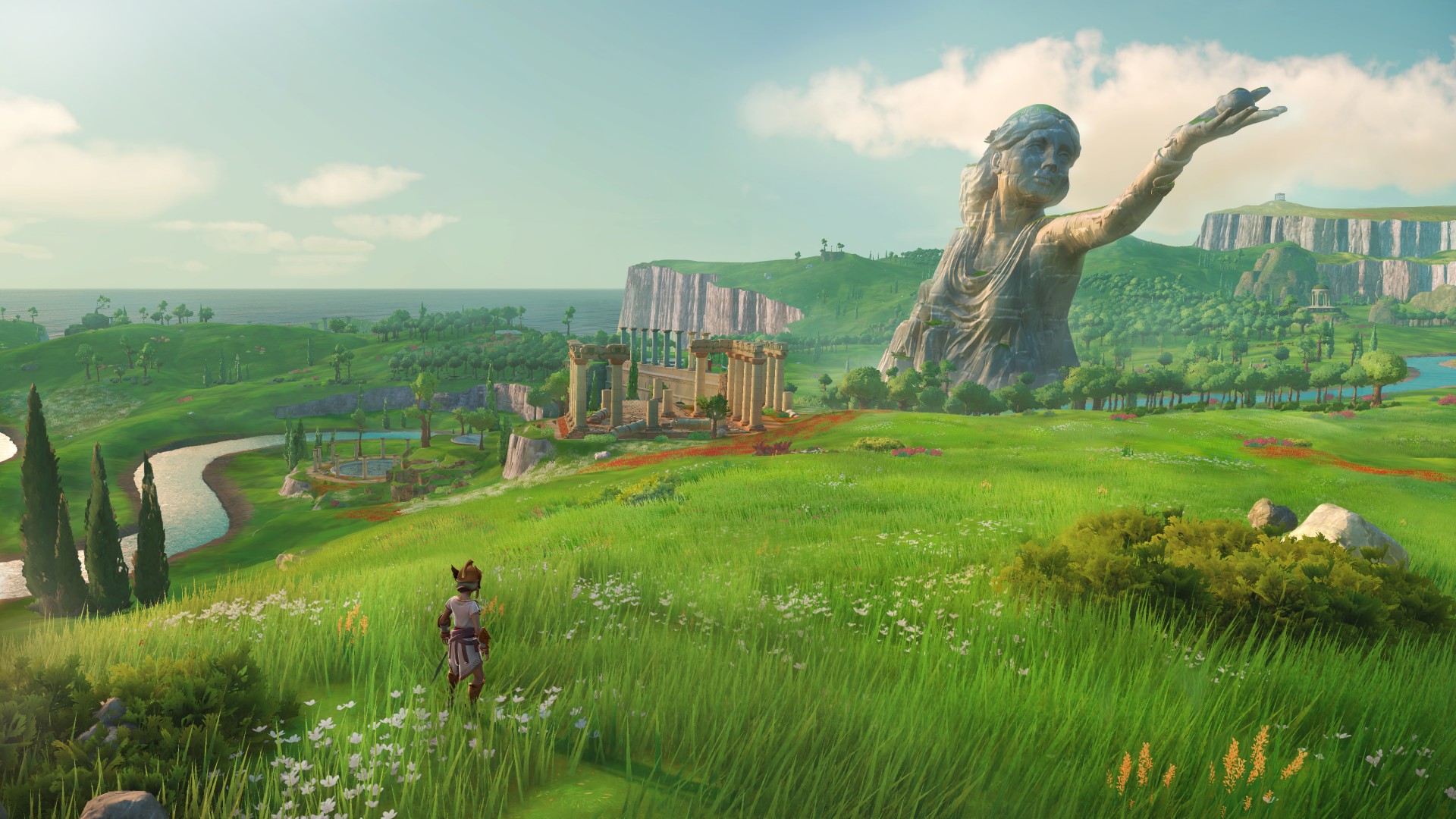 What’s this, an actual surprise at E3 2019? Yep. Closing off what was a supremely underwhelming press conference, Ubisoft announced Gods & Monsters, a new game from the team that brought you Assassin’s Creed Odyssey. Citing a desire to break free from the constraints of ‘history’ (because the recent games have been so historically accurate? lol), the idea behind God’s & Monsters is to provide something different, more outlandish and with plenty of cool Greek mythology.

The brief teaser trailer shown didn’t really do much to establish the game aside from its gorgeous art style, but Kotaku’s Stephen Totilo apparently had the chance to see the game behind closed doors and described it as being very akin to The Legend of Zelda, so that’s something to be excited about. I’ve pasted Ubi’s press blurb directly here for your reading pleasure, as well:

From the creators of Assassin’s Creed® Odyssey comes a storybook adventure about a forgotten hero on a quest to save the Greek gods. Embark on a journey to the Isle of the Blessed, which has been taken over by dangerous mythological creatures. Prove your legendary heroism by taking on their leader, Typhon, the deadliest monster in Greek mythology, in a face-off for the ages.

Gods & Monsters is an open world action adventure game full of epic battles and quests. Roam freely in a beautiful fantasy world, and use extraordinary abilities against mythological monsters who aren’t your only foes. Tricky trials, treacherous dungeons, and heroic feats await. The journey will be as challenging and rewarding as the final destination, and you will emerge as the hero you are meant to become.

Despite not having much to show, Gods & Monsters is coming out fairly soon, on February 25, 2020, so I’m sure we’ll see more if it soon enough. The game is currently slated for release on PS4, Xbox One, Switch and PC. Check out that teaser, as well as some fresh screenshots below: