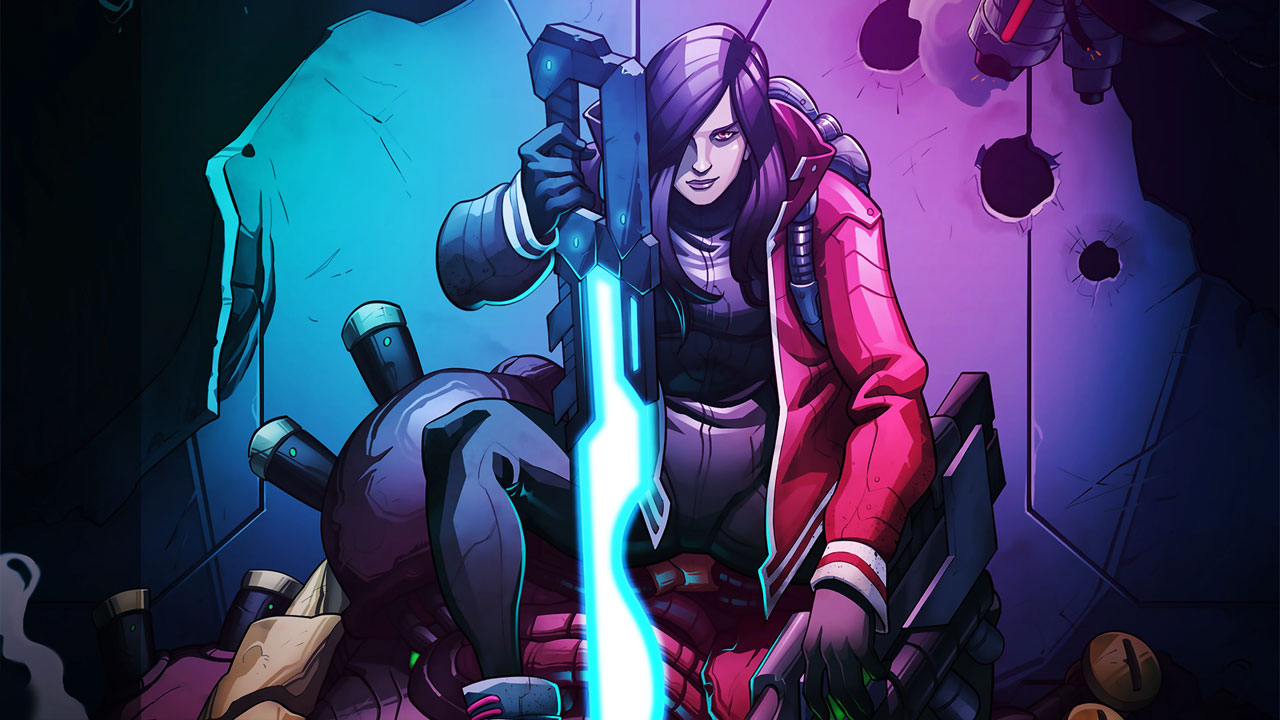 Growing up, platformers were the foundation of my love of gaming. Even as a child of the 90s, I had a love for 80s platformers such as Ducktales and Donkey Kong. Part of my love of the 80s also stemmed from the colours and general aesthetic. The 80s were bold, they had hard hitting colours and jamming music that didn’t miss a beat. This is where Gunborg: Dark Matters comes in, a fast-paced arcade shooter from Rickard Paulsson of Ricpau Studios that combines the look and feel of the 80s while bringing in challenging gameplay fit for this decade.

Gunborg: Dark Matters is a retro-style side-scrolling arcade shooter that casts you onto a spaceship full of deadly aliens and fearsome bosses. Armed with a laser sword and a deflective shield, players must battle their way through levels and waves of enemies that progressively get more difficult. Aside from being equipped with your sword and shield, players can pick up any of the guns that enemies drop. Each of the guns is unique and some are certainly more useful than others. The rapid-fire machine gun is certainly a standout, allowing you to shower enemies with bullets and having the ability to change the tide of battle when things get a little hairy.

Gunborg starts out with a nice simple tutorial, demonstrating how to use weapons, and a how to manoeuvre around the environment. But this is where the simplicity ends and the challenge begins. As someone who is used to running, gunning and swinging, I was able to tackle the first few levels with significant ease. As the level difficulty increased, I started to realise how vital the shield was for progression, not only for deflecting enemy bullets, but also using it as a way of navigating the environment and avoiding traps.

Straight off the bat players will have access to an easy mode, which gives you more life but still requires you to perfect your timing. There’s no shame in coming to grips with the game on easy mode, as normal and hard (unlocked through collecting infobots) are fairly brutal with the smaller life pool. The majority of the levels require you to memorise sequences, demanding laser focus and no small amount of precision. Checkpoints are spread throughout levels and minimise progress lost when dying, but these become more sparse in later levels. I appreciated the challenge, but the distance between checkpoints in some sections pushed the friendship a bit, leading to frustration as you repeat the same sequence several times in the hope that you’ll finally make it to the next section.

Given its 80s inspiration, the world of Gunborg is brilliantly colourful and has a banging soundtrack to match. Gunborg makes use of an 8-bit pixel art style that reminds me of Donkey Kong but with a little more neon. The pumping soundtrack full of 80s style synthwave and electro tunes get your adrenaline pumping, going a long way to giving you the motivation to get through the levels when things get tough.

Gunborg: Dark Matter is a simple yet challenging arcade platformer that pushes players to perfect their timing and dodging abilities. The 8-bit world is beautifully coloured in a neon palette and complemented by a soundtrack that is absolutely jamming. If you’re a fan of testing your mettle in old-school style arcade shooters, Gunborg: Dark Matters is more than worth the $17.95 asking price. 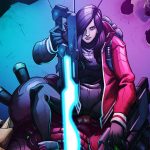 Gunborg: Dark Matters Review
All the good parts of the 80s
Thanks to a neon-soaked art style, pumping synthwave soundtrack and challenging gameplay, Gunborg: Dark Matters is a fun and hard-hitting throwback to arcade shooters and the 80s.
The Good
Slapping synthwave soundtrack
80s arcade style is beautiful
Deceptively rewarding challenge
Good replayability
The Bad
Differences in difficulty mode don't make a lot of difference
Success on some levels feels like it can come down to weapons
7.5
Good