Clid is an unsung hero, in my opinion. Small, not always in plain sight, but works harder than most. Sensitive, but powerful, and not to be rubbed the wrong way. There’s something about Clid that I can’t quite put my finger on, something just on the tip of my tongue. It’s the kind of respect that’s earned, and Clid absolutely deserves to get a big head over it.

I am, of course, talking about a gun-toting, cyber-snail named Clid.

Now that I’ve got that out of my system, I was recently lucky enough to get some hands-on time with Clid the Snail, the upcoming twin-stick shooter from developer Weird Beluga Studio out of Madrid. The slightly-unfortunate name and anthropomorphic protagonist might call to mind a game with tongue firmly in cheek but from the short, early section of game that I played it’s quite the opposite. If anything, it reminded me of the more grim, YA-focused anthro fantasy novels like Redwall mixed with gritty adult sci-fi/thriller stories.

Living in a post-apocalyptic world where humans are old news and creepy crawlies seemingly sit at the top of the intellectual and technological spectrum of the animal kingdom, the titular Clid finds himself cast out from the peaceful citadel he called home for being a belligerent and violent drunk of a snail. We find him wandering a world that’s rapidly being overrun by a plague of vicious slugs, helped by his tiny, flying friend named Belu.

What this means, at least in the initial early stages I played, is that you’ll explore decayed urban and natural areas at an insect scale, fighting off slugs and other antagonistic species in an effort to find Clid’s place in this dangerous world. As someone whose childhood consisted of an alarming amount of media with miniature-sized protagonists (Small Soldiers was a particular favourite) I felt right at home at Clid the Snail’s scale, weaving through drain pipes and garden paths and various remnants of human civilisation. The game definitely seems to have that slightly darker, off-kilter feel of weird 90s sci-fi/fantasy, which is a real treat.

As a twin-stick shooter at its score, Clid the Snail plays pretty well how one would expect. Much like the recent The Ascent, Clid’s brand of action is a little slower-paced and more considered than the Smash TVs and Alienations of the world with a focus on managing both your position and your arsenal. The handful of weapons that I had access to weren’t overly creative or distinct, but knowing when to switch between them quickly became crucial to both my survival and to solve small environmental puzzles. I definitely enjoyed the fact that I could rely on structures and objects in the environment as cover, which came particularly in handy during a big boss fight against a maniacal mouse with some devastating sweeping attacks. 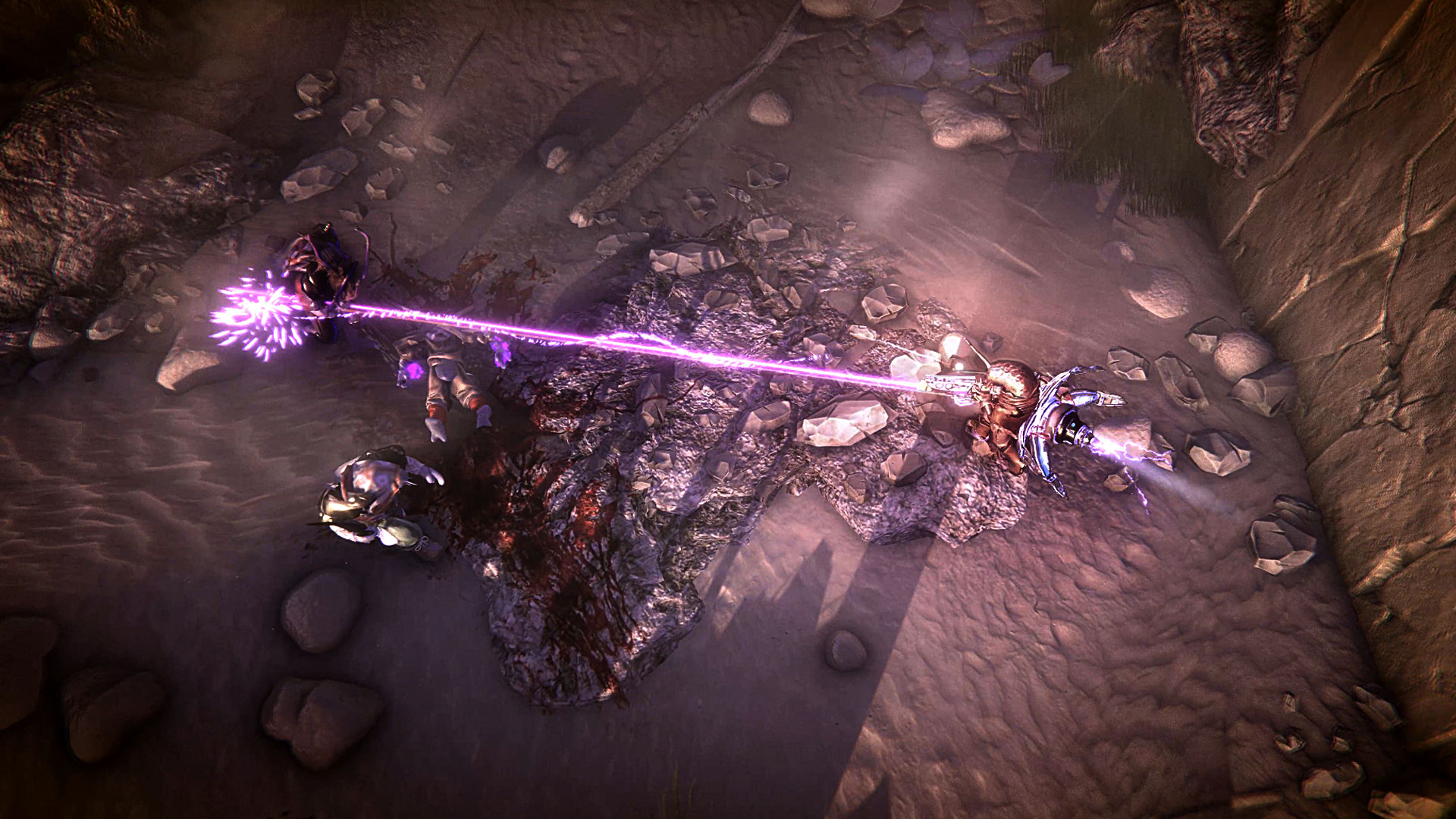 What I wish the game had done, especially this early, was properly explain to me its critical mechanics. I can count on two fingers the number of tutorial pop-ups I saw, and even after perusing the control layout in the settings menu I was left to figure out through trial-and-error exactly how every move in my arsenal interacted with the game itself. It’s hard to imagine genre fans hitting too many snags in what is a fairly standard setup, but for at least half of my time with Clid I felt like I didn’t fully understand the rules of its world. Just a small gripe in the grand scheme of things, but early deaths due to lack of guidance can be frustrating. Contrary to what you might think, you don’t want to see Clid get constantly licked.

The less frantic pace compared to other twin-stick shooters means that Clid the Snail’s world and characters have a lot more room and time to breathe which made exploring this small, first area quite a lot of fun. I’m very much hoping that later areas won’t be quite as dark and muddy as the section that I played though, as visibility felt poor and it made things feel a tad same-y, but as far as actual visual presentation goes it’s quite handsome for an ostensibly indie effort. I played the preview build on a PC, but the game is targeting PlayStation 4 as a platform first and I imagine it’ll look and play much the same there given I ran through with a DualSense controller for the demo. 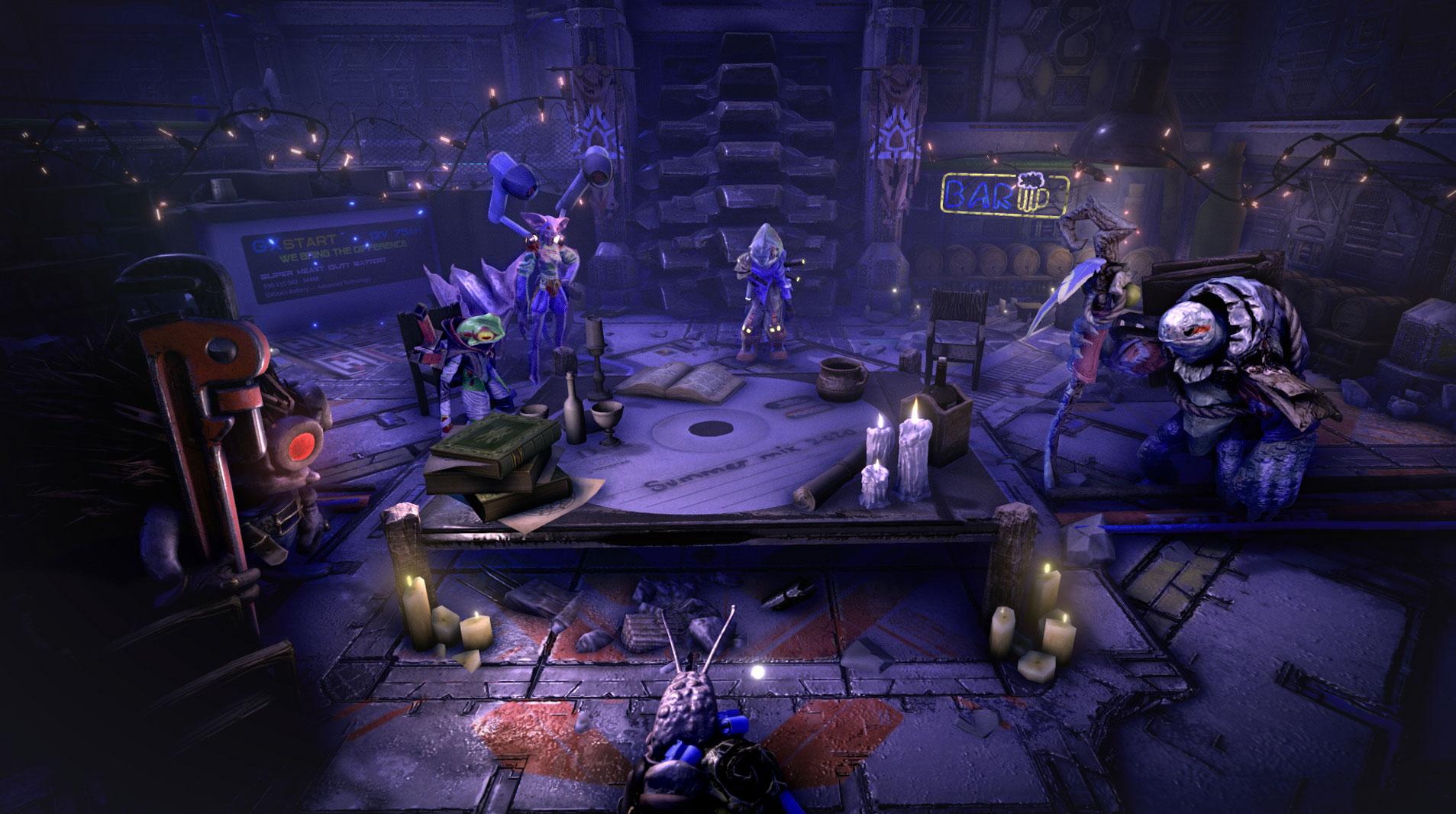 Once I was finished with what was essentially the game’s onboarding experience I was able to get a glimpse into where its narrative is heading, as Clid befriends a group of outcasts from other species’ citadels. This new group, named Alastor, comprises a mix of species from a turtle to a chameleon, a bat and a frog, and although my time was cut short pretty much as soon as I’d met them they quickly became companions. I’m excited to see where this development takes Clid’s story, and also how the other animals in this world come into play later on. As short as my time was and as little as I know about what’s to come, I can’t wait to play with Clid some more.