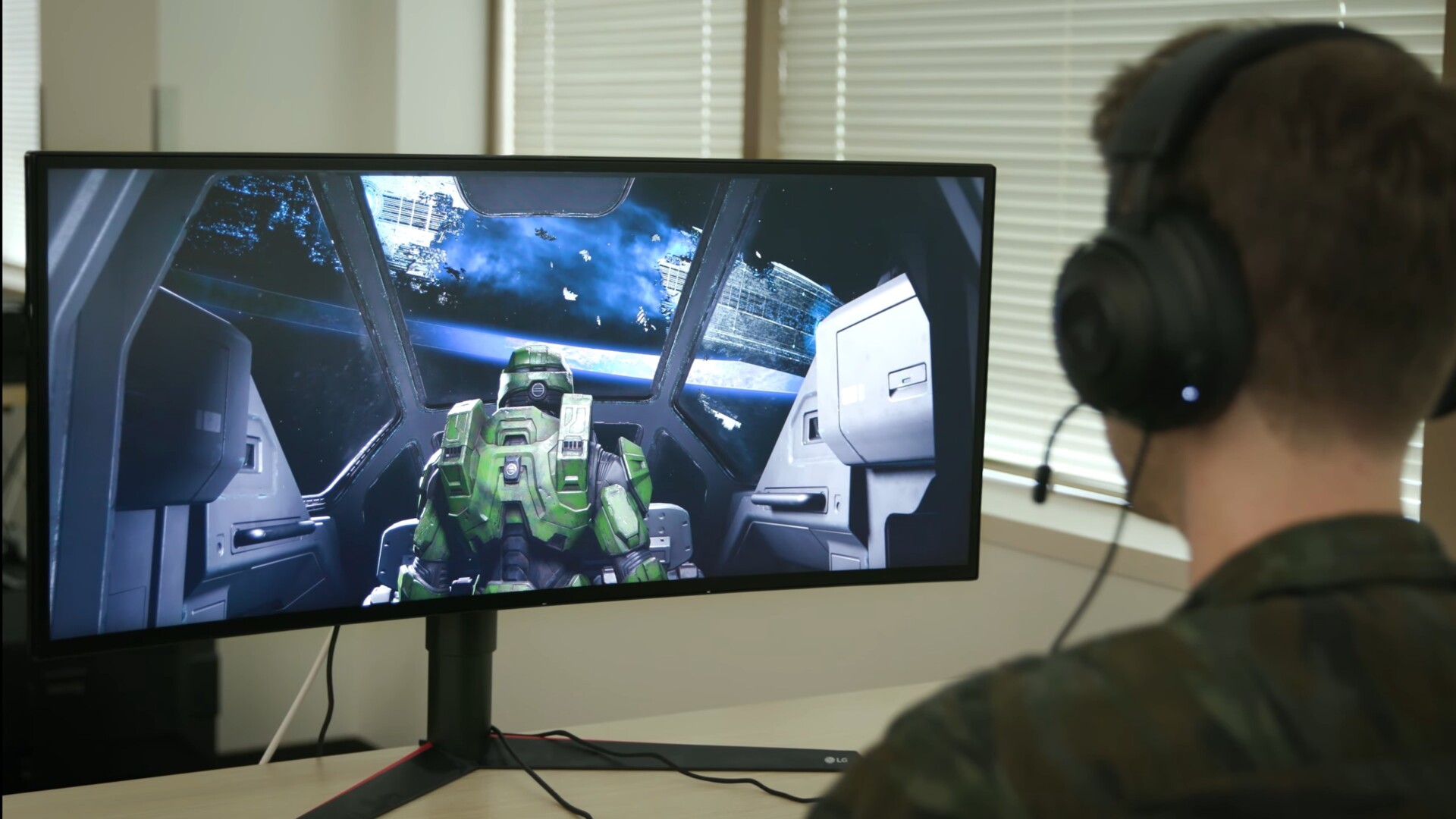 Halo Infinite will be the first game in the Halo franchise that will be releasing on Xbox and PC simultaneously. 343 Industries has confirmed that the PC version of Halo Infinite will not be a port of the Xbox version but in fact a game built from the ground up. The PC version will feature customisable option settings so you can run the game how you want, and according to your PC settings. Specific customisations include ultrawide/super ultrawide support , FOV adjustment and framerate customisation, weapon offset control, triple key-binds and PC LAN support.

Cross-play has been confirmed across Windows, Steam, Xbox Series S/X, and Xbox One. If you are playing Halo on the Xbox GamePass your story saves will continue over between Xbox and PC. Your multiplayer progress with continue across any platform.

The Halo GPU will be unavailable for purchase but AMD are giving fans plenty of opportunities to win. Follow the Radeon twitter page to find out more.

Outside of the game, 343 has partnered with Razer to bring Halo to life with integration of Razer Chroma, which allows in-game events to bring unique peripheral lighting. Razer has also release an exclusive line of Halo branded peripherals

Halo Infinite is releasing December 8 for the Xbox Series X/S, Xbox One, and Windows PC.

Are you going to get Halo Infinite on PC, Xbox, or both? Let us know in the comments or on social media.