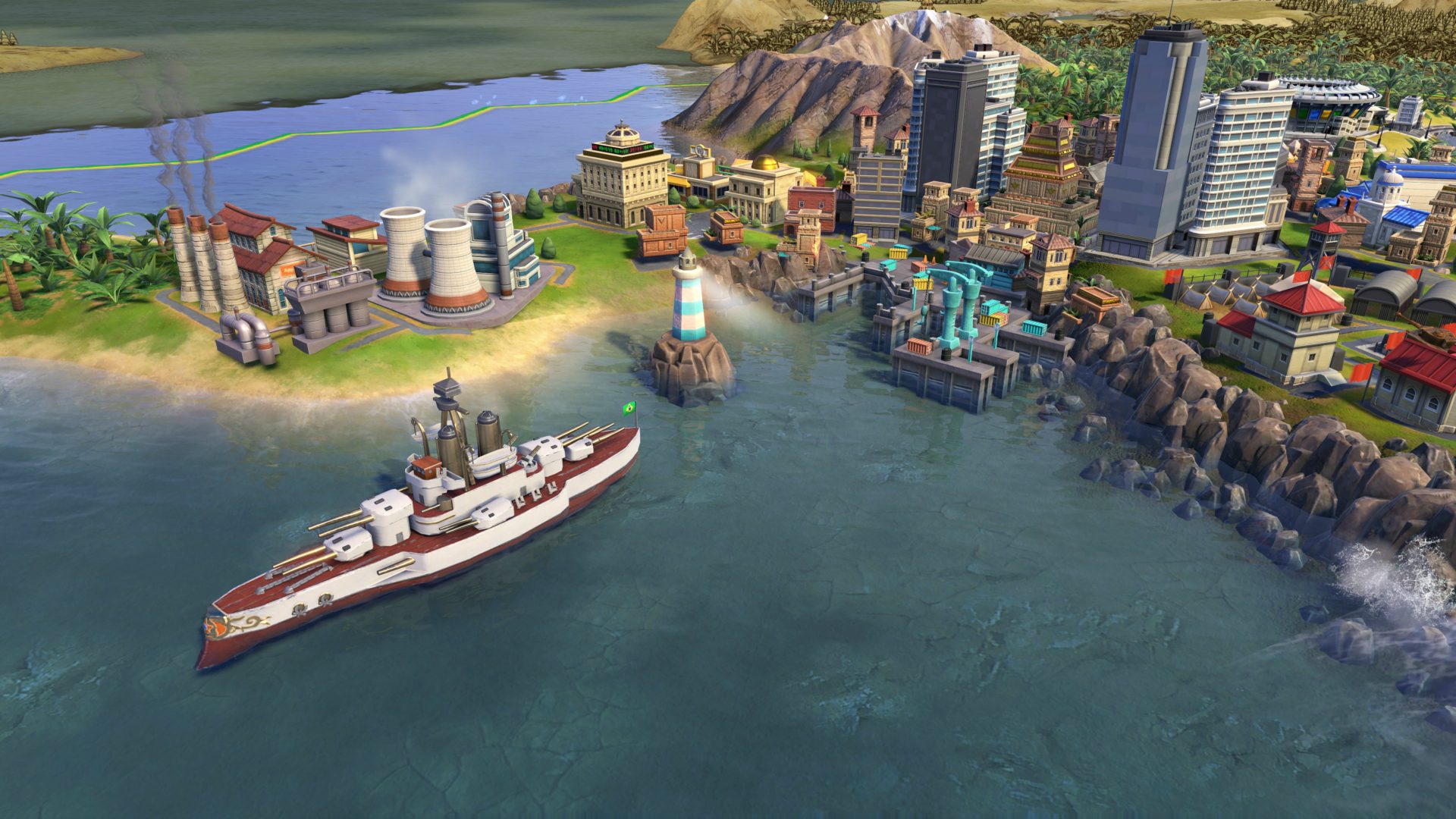 Sid Meier’s Civilization is one of those special series that has defiantly stood the test of time (which is fitting considering the type of game it is). Dating back all the way to 1991 when the very first instalment in this turn-based historical strategy game was released, we are now on the brink of celebrating 25 years of Civilization. What better way than to celebrate with Civ 6, right? The guys at 2K Games and Firaxis were generous enough to invite me to their Sydney office to get an early, hands-on experience with the upcoming title. Before anything else, I’d like to give 2K and Firaxis a massive thank you for the opportunity. You guys are the real MVPs!

After talking with the people of 2K about the various Sid Meier’s games and learning how inferior I am with my love for Civ (only joined in at Civ 5 after getting the game and all the add-ons in a humble bundle and skipped Beyond Earth) it was time for me to jump into my preview of Civ 6. Seeing as I had accrued countless hours in Civ 5, Civ 6 felt quite familiar. For time’s sake, my game was limited to 150 rounds (just before the party begins in the game). DISCLAIMER: A party does not actually start in-game after 150 turns.

Well given that this is a new iteration of Civilization, there will obviously be some changes. I’ll be brief and leave some things for you to discover come October, but I will address one major game-changer. In Civ 6 city buildings and wonders will now be unstacked, which means instead of your cities being able to construct every building under the sun with little to no consequence in space consumption, city buildings and wonders now occupy tiles within your city’s boundaries. This definitely adds a layer of strategic complexity to proceedings, and will see you having to optimise and prioritise your space efficiently if you plan to one day be leader of the entire world.

During my time with the folks at 2K, I was given the opportunity to interview Sarah Darney on all things Civilization 6. Sarah has been in the games industry since 2008. She originally started out in QA and then moved onto production work on various Firaxis titles and currently, she works as the associate producer for Civ 6. Here’s what she had to say:

DYEGB: Is there any form of of post-launch content support structure for Civ 6 or are you just focusing on completing the base game?

Darney: We are currently focusing on completing and refining the base game.

DYEGB: Without naming any specific civilisations in particular, are familiar civs finding themselves with a new leader?

Darney: Yes there are, some have already been unveiled.

DYEGB: How many civs will be playable in Civ 6?

Darney: There will be 18 playable civilisations available in Civilization 6.

DYEGB: Will there be any change to the difficulty settings or will it be just like it always has been?

Darney: The settings themselves should be just about the same, but players should notice a little more diversity in the behaviour and traits of each leader’s AI.

DYEGB: Were there any outsides sources like other games that helped inspire or influence some things that made it into Civ 6?

Darney: The awesome thing about games is the fact that there are so many of them which cater to a wide variety of audiences. Though we may be developers we still play games while we are at home and bring them into discussion while at work. So while it may be hard for me to specifically pin point any inspirations or mechanics which were adaptation of mechanics from other games, I’m sure other IPs made some mark on the development of Civilization 6.

Though we may be developers we still play games while we are at home and bring them into discussion while at work.

DYEGB: Obviously, the build that we just played was far from the finished product. Given this, what kind of quality assurance practices are being put in place to ensure the game is as smooth and polished as Civ 5?

Darney: Like most games, we do have our team of testers who go through the basic processes to make sure there are no bugs. I think the best thing about our QA testers though is that they are all huge Civ fans, so that always helps with them being thorough. It also means that they can offer their opinions on things that need fine tuning or balancing, whether it be AI behaviours or unit strength.

DYEGB: With the new games, you have introduced new mechanics (which I won’t detail for fear of spoiling it all), but you also have new leaders and old, familiar ones. Seeing as leaders each offer their own unique perks and benefits, how many of the leaders would you say directly play into the new mechanics?

Darney: I can’t really give you a specific answer on that as I myself am unsure, but all the leaders play into the new mechanics and systems in one way or another. So in that regard I guess you could say all 18 do.

DYEGB: Something I did notice was that workers have been changed radically. In previous games they were units that had unlimited uses until they were captured by an enemy. Now they are called builders and have a set number of uses before they disappear. Was this something that was introduced as a result of unstacking the cities?

Darney: Well with unstacking the cities, city planning became very important. It wasn’t just “okay I’m going to automate all my workers and have big farmland everywhere.” Now there is a lot more weight on that choice and so having these charges or uses is kind of more a natural fit to make the decisions feel as important as they are.

DYEGB: To work in tandem with this, you have the new districts system. So you build districts tailored to specific types of infrastructure in your city, whether it be economy-based, science-based or agriculture-based. These districts are needed to construct specific city buildings and wonders. Was this something that alongside the idea of unstacking everything or was it more of a remedy to a balancing issue?

Darney: The districts are interesting because you can still generalise all of your cities, but it also lends itself to city specialisation. So specific cities can be designed to contribute more to specific parts of your stats in order to achieve balance, or focus on one or more aspect of your civ.

DYEGB: Last but not least, will Civ 6 see the same level of mod support that Civ 5 saw?

Darney: Civilization 6 will support modding, but that is also something that we will talk about on a later date.

From my hands-on with Civ 6, I can easily say this is one of my most anticipated releases this year, right next to The Last Guardian. Civilization 6 is slated for a release date of October 21st and will be available on Mac and PC.