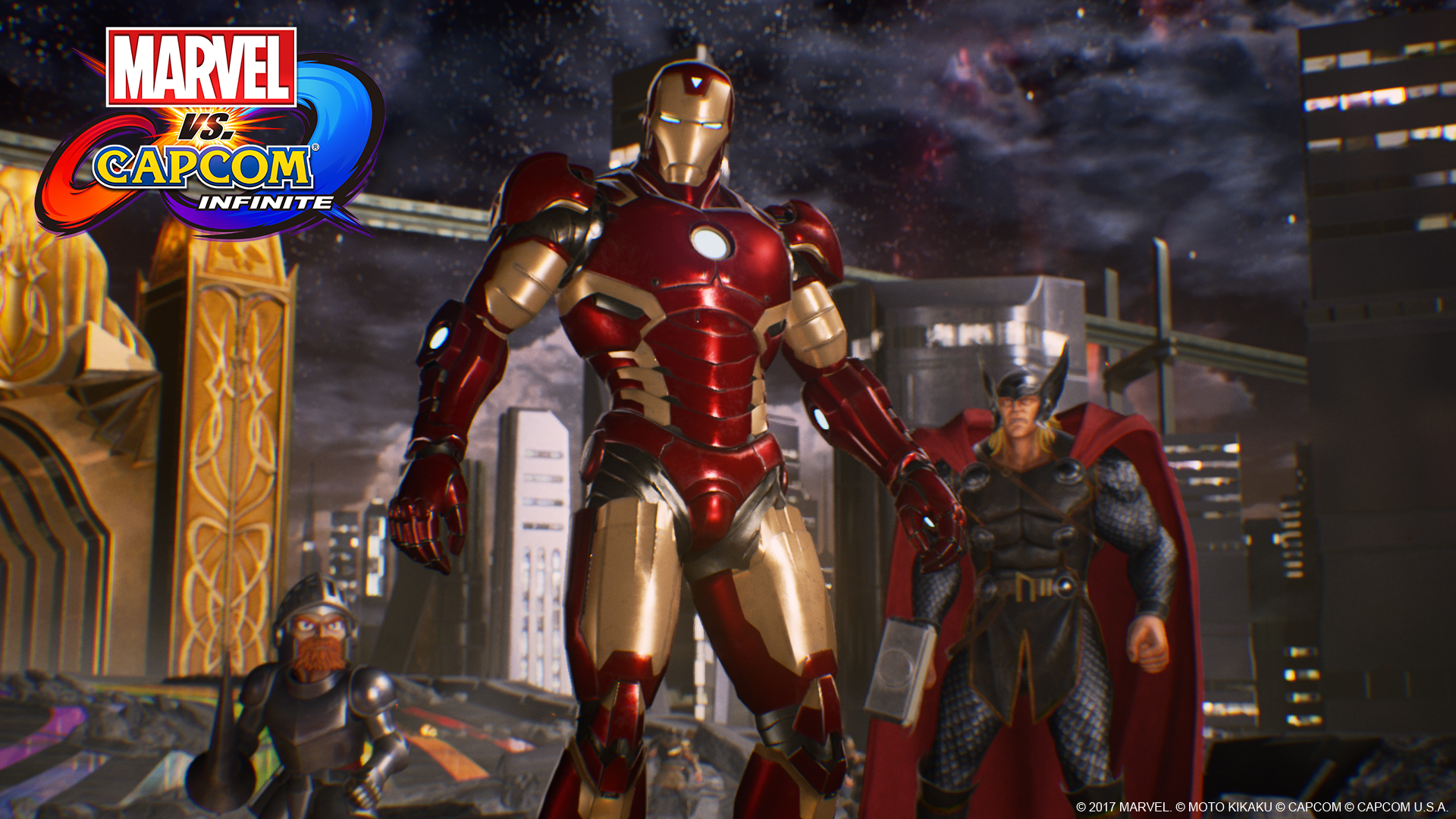 Fighters, one of the few genres of gaming that I suck horrendously at but for some strange reason still find myself drawn to. Maybe it’s my inner Dark Souls veteran coming out and appreciating getting my arse handed to me, but there’s just something that keeps me coming back. Recently I was invited by the lovely people at QV Software to get a hands-on experience with the upcoming fighter, Marvel vs Capcom Infinite. So how did it feel to punch on with the likes of Thor and Captain America? Read on to find out.

After navigating my way through the twisty streets that Sydney is known for and into the QV Software office, I was seated in front of a FightStick with Marvel vs Capcom loaded up. Only the regular Versus mode was available in the preview build along with 13 characters and 3 stages. With a name like Marvel vs Capcom Infinite the roster is as eclectic as you’d imagine. The impressive roster so far includes returning characters like Iron Man, Darkstalker’s Morrigan, muscle-bound Resident Evil good guy Chris Redfield and Street Fighter’s Ryu. These fan favourites are now joined by fresh faces like Ultron, Hawkeye, Captain Marvel and Rocket Raccoon. With such an expansive roster covering two major publishers and multiple franchises, expect some crazy match-ups and combos.

Marvel vs Capcom Infinite plays like your typical side-scrolling tag-team fighter, where you and your opponent choose two fighters each with the ability to freely switch between as well as perform combo strikes. It’s fast paced, flashy and frenetic, and it’s quite easy to pull off impressive looking combos by simply mangling the two punch and kick buttons. Of course there’s a high skill ceiling and even if button-mashing will get you some of the way, learning the intricacies of each character and immersing yourself in the mechanics will be the only true way of ensuring victory against skilled opponents. This was no more apparent than when a Capcom rep jumped on and promptly kicked my arse, proving that despite simple and accessible movesets, superior knowledge and perfected timing are king. MvC occupies that comfortable middle ground between being easily relatively accessible for newcomers but deep enough for fighting game aficionados to sink their teeth in.

Unique to MvC Infinite is the infinity stone system, where you are able to choose between three infinity stones linked to specific abilities. For instance, infinity stones can temporarily increases your own character’s power or speed, or allow you to slow your opponent so you can lay a cheap beatdown on them. There’s risk versus reward here as abilities are tied to a meter, so you can activate your lower abilities frequently or store up energy and release larger ones for more devastating results. My favourite combo was combining Morrigan and Chun-Li with the Time infinity stone, offering bursts of enhanced speed and the ability to dodge through projectiles and even dodge super moves. Given these characters are both fairly agile as is, the enhanced speed meant I could dish out a barrage of attacks and then use the infinity stone ability to dance out of harm’s way and taunt the opponent for fun and profit.

In terms of visuals and performance the game is solid, with the characteristically vibrant and flashy art style the series is known for well and truly intact. Particle effects explode on screen as over-the-top special moves fill up the entire view. Stages feature some impressive backdrops like a night time cityscape (replete with what I think was a silhouette of two people making babies) which adds to the sense of action while not being too distracting from the madness occurring in the foreground.

Overall, Marvel vs Capcom Infinite looks to be in good shape. Fans of either Marvel or Capcom will really appreciate the care that has gone in to the title, and the simple move sets ought to ease in the casual audience while more advanced tactics will satisfy the more hardcore pugilists out there and create a good competitive scene. If you’re of either fandom, I’d recommend paying attention to this game as it nears its release.