On 8 August AEST, the infamous Dr. Boom’s delightfully irresponsible experiments will be unleashed upon players in the form of 135 new cards and a slew of mischievous new game play mechanics.

Dr. Boom has built a complex of hidden laboratories in the ever-churning Netherstorm, where he and his colourful crew of renegade researchers are hard at work on all manner of ill-advised scientific endeavours. Players will marvel at the discovery of nine new, immensely powerful legendary spells, they’ll be awestruck by Projects, spells with wondrous effects that appear to benefit both players—but appearances can also be deceiving! And they’ll tremble before the terrible power of Omega cards, which give incredible rewards when played at 10 mana crystals.

Dr. Boom also has a well-documented affinity for bots and bombs, and he’s using The Boomsday Project as an opportunity to debut what might be his most mind-boggling Mech-related innovation yet: Magnetic attraction. Magnetic is a new keyword that allows players to merge Mech minions, combining their attack, health, and abilities to construct fearsome amalgamated automatons.

With so much R&D in the works, Dr. Boom and his staff are about to go into recruitment overdrive. In addition to testing Boom Bot fuses and piloting experimental sky golem prototypes, daring interns will also be responsible for solving puzzles in The Puzzle Lab—the challenging new single-player Hearthstone experience coming with The Boomsday Project. Dr. Boom and his staff are not yet accepting applications, but they will share more details about this exciting opportunity in the weeks ahead. 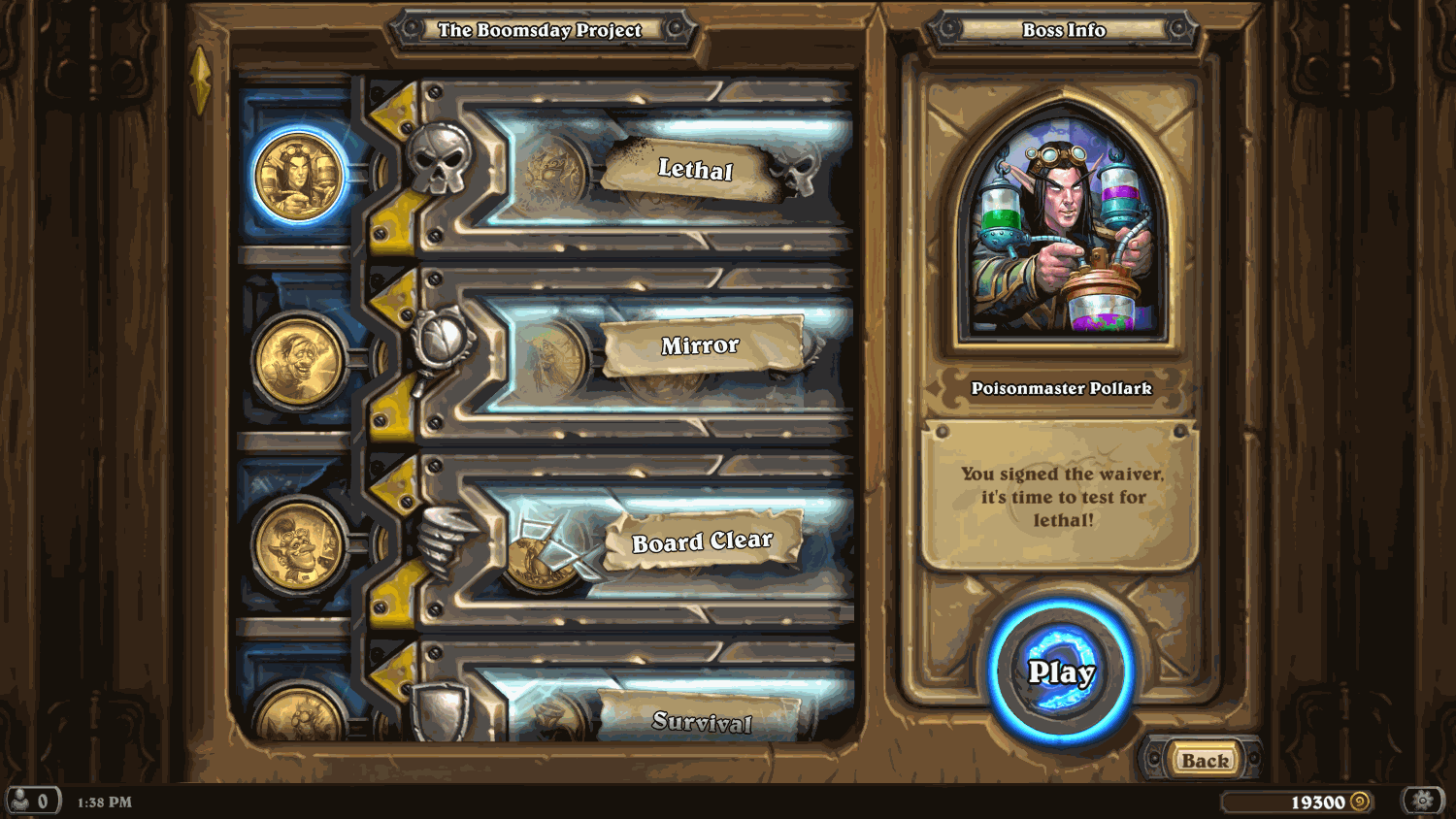 Coming 8 August to PC, Phones, Tablets and toasters, card packs will be winnable in Hearthstone’s Arena mode, and players can purchase them with in-game gold or real money at the same prices as Hearthstone’s other card packs. Starting today and up until the expansion is released, players can pre-purchase card packs in two different bundle options: the 50-pack bundle includes a free random golden class Legendary and the Mecha-Jaraxxus card back, while the 80-pack Mega Bundle also includes a free golden class Legendary and Mecha-Jaraxxus card back, as well as a new playable Warlock Hero Portrait—Mecha-Jaraxxus, Eredar Lord of the scientific community.

Learn more about the expansion via TheBoomsdayProject.com.

The Next Overwatch Hero Has Arrived
March 3, 2017

Legend Of Zelda: Breath Of The Wild 2 May Be Further Along Than We Thought