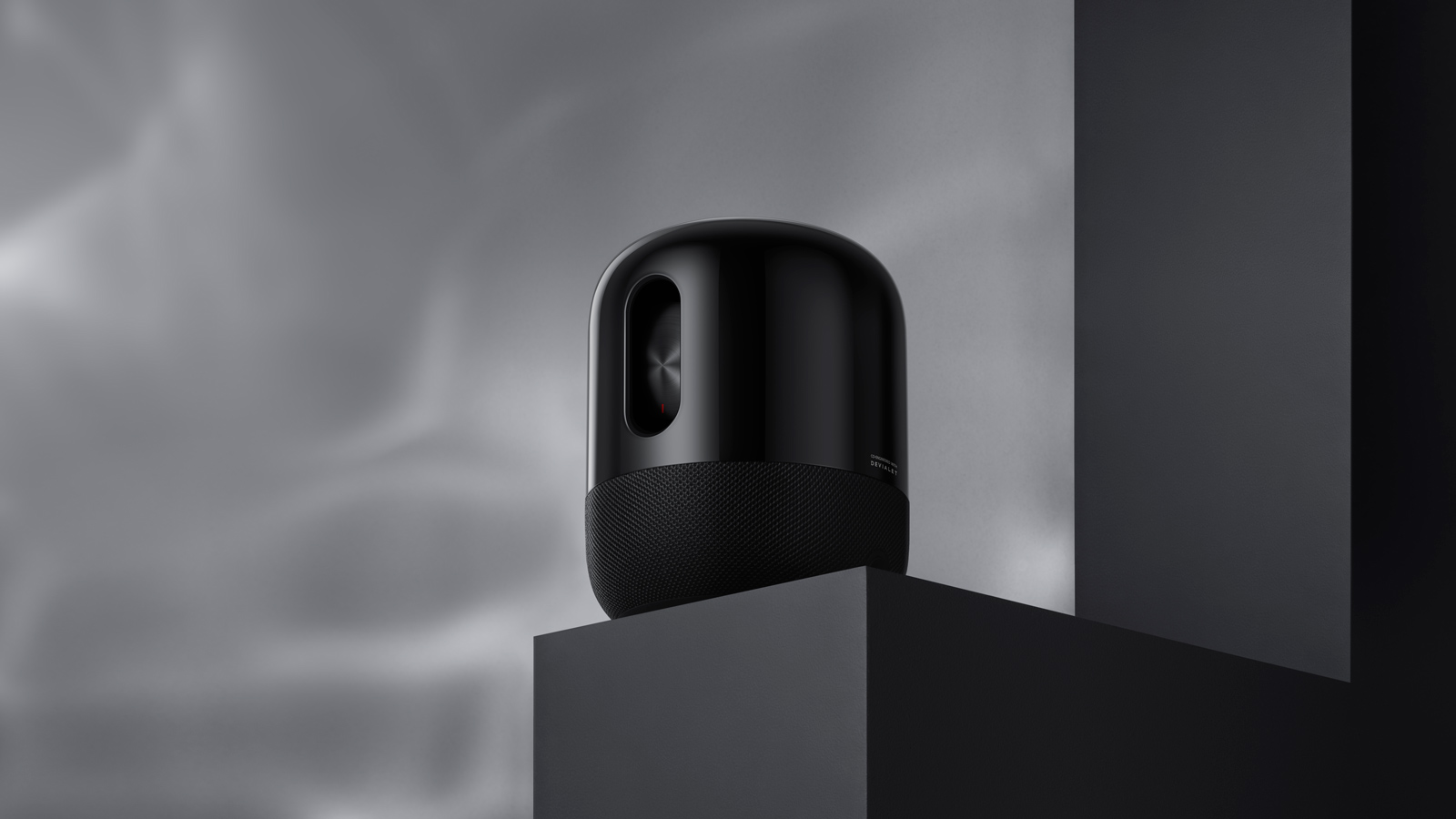 Huawei may have made a name for itself making smartphones and telecommunication infrastructure, but over the years the Chinese company has expanded its portfolio to include audio products such as headphones and speakers. Put your hand up if you didn’t know that because I sure didn’t. Thanks to the fine folk at Huawei, I’ve been able to test out the latest iteration of its speaker range – the Huawei Sound.

With the Bluetooth speaker market more crowded than a Melbourne tram during peak hour in pre-COVID times, companies are having to do more to stand out from the crowd. Partnering with renowned French audio brand Devialet is a good way to gain the attention of audiophiles, but the general punter has probably never heard of them or cares; they just want what gives them the best bang for their buck. So why should they care?

While it may seem nothing more than marketing spin, Devialet is not a brand to be scoffed at. The French company, which specialises in high-end audio products, has been making waves in the audio industry since its foundation in 2007.

One important thing to note is that the Huawei Sound is not a portable speaker. This is a fixed unit that requires a power brick, so if you’re looking for something to use on the go, you’ll have to look elsewhere (Huawei does have options in this category).

Home is where the Huawei is

At first glance it would be easy to mistake the Huawei Sound for an Apple Homepod, as the two are very similar in design. However, Huawei says that the Sound’s design was inspired by the dome of the Vienna Music Hall. The majority of the unit features a piano black gloss finish, with two holes cut out in the middle that expose the two passive speakers, whereas the bottom of the speaker has a mesh material, where the 1.5-inch speakers are located. Aesthetically I dig it. It looks elegant and modern and tucks away nicely into the background.

Packed inside the speaker are three 1.5-inch speakers, two passive speakers and one 4-inch woofer which gives it a 360-degree sound output. The Sound utilisises Devialet engineering, whether it be the Push-Pull Acoustic Design that is used to generate high-fidelity audio while limiting distortion or the Speaker Active Matching (SAM) technology that delivers sound quality the way it was intended to be experienced.

Connecting to the Sound works like any other Bluetooth speaker: pair the speaker with your device and off you go. There are touch buttons with RGB lighting on the top of the unit which control volume and connectivity, but the best way to use the speaker is via the Huawei AI Life app on your phone or tablet. If you have a Huawei smartphone you can use the Huawei Share function to share audio to the speaker directly and there is a 3.5mm audio port at the back of the unit if you want to utilise a wired connection.

The AI Life app allows you to control the volume and other settings such as Bluetooth connections and sound presets via your mobile device. It’s all simple enough to use, however the only knock against it would be that I wish it would automatically connect to a paired device when turning back on. My two Sony Bluetooth speakers do this, and while it’s only a simple thing it means you don’t have to go into Bluetooth settings every time you want to use the speaker.

The Huawei Sound is an elegant looking device

Listening to different speakers is like sniffing a bunch of perfumes while out shopping; eventually they all start to smell the same and it’s hard to tell which one is which. Regardless, when you hear great quality audio you just know. So how does the Huawei Sound stack up with other speakers?

The Huawei Sound is billed as a jack of all trades speaker, but it is at its best when used for cranking tunes, of that there is no debate. As someone with an eclectic taste in music, I was able to put the Sound through its paces with a myriad of genres, and quite frankly it was a treat to listen to all of them. The Sound output is high-res certified, meaning that if you have FLAC or similar files available you’ll get genuine lossless playback.

Rock and metal are my go-to genres and the Huawei Sound crushed it when playing bands like Breaking Benjamin, Nevertel, Chevelle and Led by Lanterns, who all sounded tight and punchy. Pop bands like Nightly, NIGHTBREAKERS and The 1975 had a great range of bass without overbearing the rest of the mix, while classical music sounded sharp and clear. Cranking the volume up, much to the chagrin of my neighbours, I didn’t encounter any distortion or drop in quality, and volume-wise it has a maximum of 90dB meaning it would be more than adequate for a smallish gathering.

As mentioned earlier, the AI Life app will allow you to utilise one of the three provided audio presets: Hi-Fi, Voice and Sound Stage. The best by far was the Hi-Fi preset, which is designed to give the audio a live concert feel, and while it didn’t make me feel like I was watching bands play live, the audio did feel livelier. Voice, like its name suggests, focuses on enhancing a singer’s voice and Sound Stage is Devialet’s digital surround sound preset, which is designed for movies.

Huawei encouraged me to test out Devialet’s Sound Stage, so I cranked John Wick 3 hoping to be blown away, but while explosions and gunplay had good depth to it, dialogue sounded muffled and was a little disappointing. Perhaps it all depends on where the speaker is placed. In any case, it certainly wouldn’t replace my current LG soundbar for TV and movie audio.

Unfortunately there is no way to customise EQs, with Huawei telling me the Sound has been fine-tuned so it’s not necessary. Of course, there are ways around this such as using media players with EQ settings, but if you’re playing tunes from Spotify or another streaming service, you’re restricted to the built-in presets. On one hand I get why Huawei trust Devialet’s presets, but on the other hand it feels like a missed opportunity.

Annoyingly, the Huawei Sound is only available in-store at select retail outlets in NSW and online via Huawei’s online Experience Store. Which makes it difficult to try and look at before you buy.

Priced at A$329, the Huawei Sound when used as a music speaker is fantastic, delivering excellent audio quality that wouldn’t sound out of place at a higher price point. I’d be more than happy to have this as my primary audio speaker. Where it does falter slightly is when used for movies, with Devialet’s Sound Stage surround sound yielding mixed results, and a lack of EQ customisation may frustrate those who like to tinker with settings. Overall, the Huawei Sound certainly looks the part and sounds the part if you’re wanting a speaker for music playback that won’t break the bank. 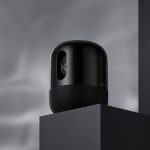 Huawei Sound Review
A Crowd Pleaser
With elegant looks and excellent audio quality for music, the Huawei Sound is a great option for anyone looking to treat themselves to a quality speaker that won't break the bank.
The Good
Looks elegant
Excellent sound quality for music
Good bang for your buck
Devialet engineering gives it an edge
The Bad
Sound Stage surround sound quality may depend on placement
Limited availability
Lack of EQ customisation feels like a missed opportunity

Huawei Sound Review
A Crowd Pleaser
With elegant looks and excellent audio quality for music, the Huawei Sound is a great option for anyone looking to treat themselves to a quality speaker that won't break the bank.
The Good
Looks elegant
Excellent sound quality for music
Good bang for your buck
Devialet engineering gives it an edge
The Bad
Sound Stage surround sound quality may depend on placement
Limited availability
Lack of EQ customisation feels like a missed opportunity
In this article:bluetooth speaker,devialet,huawei,huawei sound