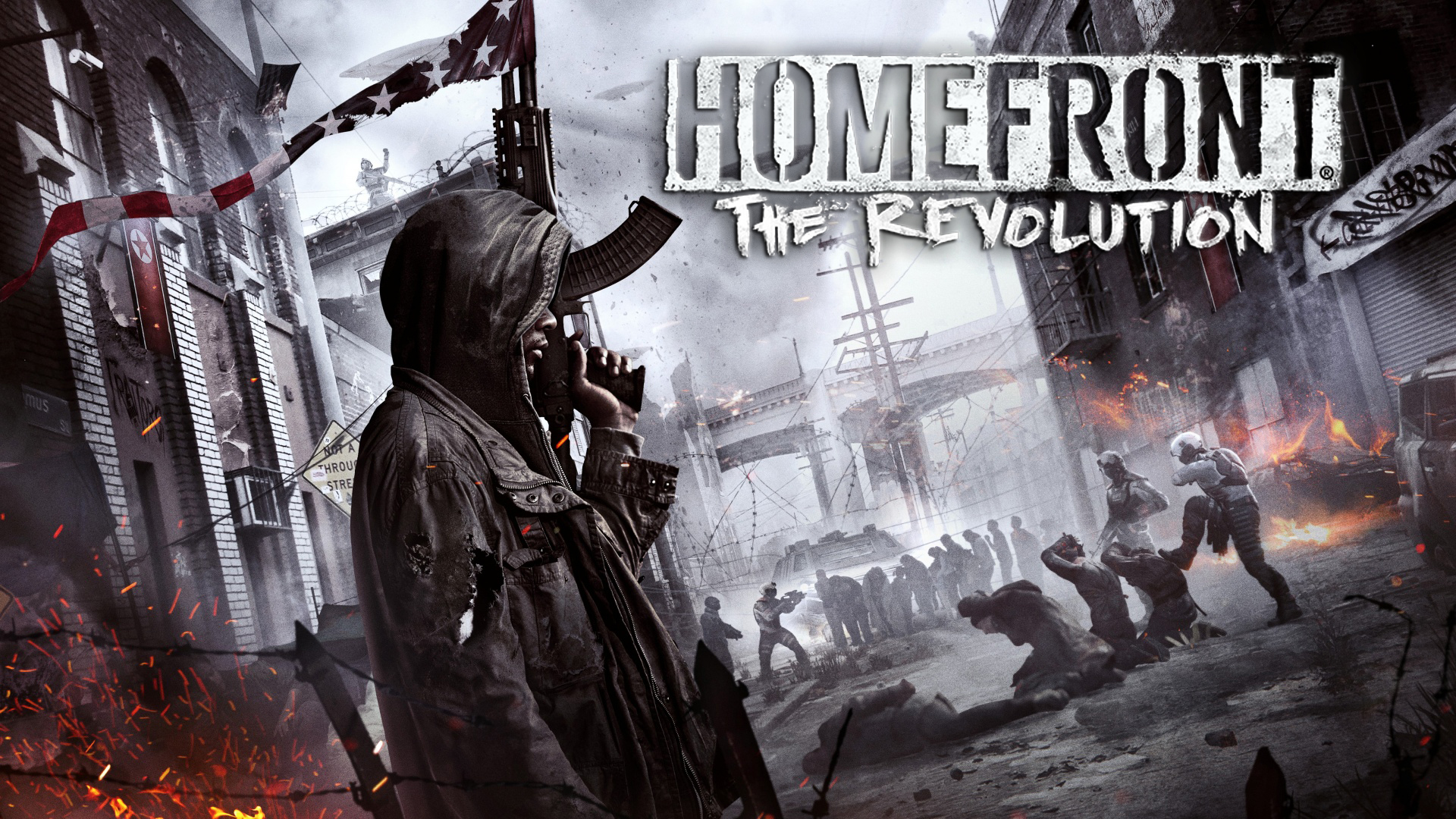 May is a massive month for game releases – quite possibly the biggest May on record, and although there is a juicy amount of high-profile games coming out, it’s hard to look past Sony’s magnum opus (Uncharted 4) as the standout player in May’s jam-packed roster. Bethesda’s DOOM (May 13th) and Blizzard’s Overwatch (May 24th) are two other big players in a month where cash-money is likely to be coming out of your bank account as quickly as it comes in. Personally however, the standout game – or my most anticipated (not just this month, quite possibly this year) is one that is not at the top of many people’s list – in fact it is not even on some people’s list; that game is Homefront: The Revolution.

I’ve watched every trailer (except the opening cinematic), I’ve earned every merit from their official site’s merit program (all merits form a set of armour) and I have even started a PS4 community (called Homefront – The Resistance). This much-maligned IP actually has more appeal to me than the lure of Drake’s swan song or Blizzard’s first new IP in seventeen years. There’s just something about it that captivates me, either that or it’s my uncanny trait to love everything people hate; Nickelback, Pepsi and Foster’s beer are classic (Foster’s beer pun) examples of my aberrant personality. So while most of you are riding the hype train in business class with Drake, Sully and Tracer I’ll be kicking it in economy with my resistance buddies.

Now some of you are probably be sitting there sharpening your internet pitchforks (your overpriced gaming keyboards) – cursing my name – accusing me of video game blasphemy because I am not worshipping the ground that Sony’s Patron Saint Nathan Drake is callously murdering people on. But you know… each to their own.

For those that know next to nothing about Homefront: The Revolution, here is a quick primer:

Homefront: The Revolution is an open world, first-person shooter and is a reboot of the IP that first launched back in 2011. It is set in a futuristic, dystopian version of Philadelphia in 2029. You play as Ethan Brady – a member of the outgunned and undermanned Resistance that is taking the fight to its oppressors, the Korean People’s Army (KPA), who invaded and took control over most of the nation four years earlier.

Why Homefront you ask? I am a sucker for a good story. Games where the campaign is just a supplement to team deathmatch and other generic multiplayer modes just don’t appeal to me. My favourite FPS are all story-driven: Wolfenstein: The New Order, the DOOM and Metro series and to a lesser extent the Killzone series are examples of FPS that contain an engaging narrative and setting – FPS don’t always have to be about KD ratios and tea-baggin’.

Homefront: The Revolution is a story-driven and predominately single-player experience. That alone causes my jorts to show signs of structural tightness. Add to that the game’s dystopian vibe and dilapidated Philly setting and you may as well call my jorts tailor now, because busting out of my hybrid denim-pantaloons is a sure thing. The concept that America has been invaded is one that has rarely been utilised, as usually it’s the Land of the Free doing the invading. This time around you’re playing as a Resistance fighter, trying to take back your own backyard from the tyranny of its foreign oppressors. It is a premise that has the potential for a top-notch storytelling experience.

You are a resistance fighter, not a super soldier. You need to engage your brain to survive otherwise you will be outgunned and overwhelmed. – Game producer, David Stenton

A real boon (in my opinion) for Homefront is that although the game’s campaign and multiplayer mode (Resistance Mode) are separate beasts they are still interwoven. The Resistance Mode missions take place in the same world as the main story ensuring you don’t feel disconnected when you jump from the campaign into the multiplayer. Resistance Mode, which was the focus of the game’s beta, allows for up to four resistance fighters to join forces and complete certain missions. The best thing about Resistance Mode is that all future missions will be free. Game director Hasit Zala has stated that twelve missions will be available at launch and a further twenty will (hopefully) be released with the first twelve months.

What is also appealing about this setting is the game’s open world. Unlike the first game, you’re not forced down a linear path to complete your objective. Instead, you have a choice of how you approach your mission. Do you go straight up the guts (all guns blazing) or do you take your time and take a calculated approach? The choice is yours – but do be warned, going in all guns blazing will be no easy feat, even for the self-proclaimed Rambos of this world. Dambuster Studios’ and game producer David Stenton said when asked (by yours truly) about the level of difficulty: “Yes we wanted Homefront: The Revolution to be challenging. You are a resistance fighter, not a super soldier. You need to engage your brain to survive otherwise you will be outgunned and overwhelmed. This is where the game’s many depths come in to play – Homefront has quite a unique gameplay style associated with it which is very rewarding.” You can read the full interview here.

There is a good breadth of weaponry customisation options available within the game, which gives it a somewhat RPG-lite feel. If you want to transform your handgun into an SMG or your shotgun into a grenade launcher you can. There are a myriad of ways you can make your arsenal more lethal and it’s a clever take on the standard weaponry customisation options found in games (like simply adding a scope to an AK 47).

But what about the beta, didn’t it suck? The Homefront beta was unfairly lambasted in my opinion. Yes there were some areas that lacked significant polish, but a beta is never meant to be a representation of a game’s final state. It has become a common trend for developers and publishers to run beta tests on the eve of a game’s release to hype up a game further rather than to test for instabilities or areas of improvement. Dambuster Studios and Deep Silver addressed the lack of visual polish by stating that the beta was an old build of the game and that significant improvements had been made to the game’s visuals since that build. After all it’s running CryEngine so only time will tell if this is the case. The gunplay from the beta was also a target for criticism and although there was nothing stellar about it was nonetheless competent. Gamers tend to be slightly forgiving on the gameplay if the story is engaging (The Last of Us is a great example of excellent storytelling without groundbreaking gameplay).

Homefront: The Revolution isn’t trying to be the next CoD or Battlefield. It’s offering a different take on the FPS genre; think of it as an urban Far Cry with a focus on storytelling and not checklists. I hope that people do give this game a chance before writing it off without playing it. Hell, take advantage of EB Games’ 7-day return policy if you must, but just give it a chance as you never know, it could be the next quality story-driven FPS – and we need more of them. I know that just like in the game itself I’ll be rooting for the underdog.

Homefront: The Revolution will launch in Australia on May 20th for PS4, Xbox One and PC Master Race.

Check out the game’s story trailer and opening cinematic below: