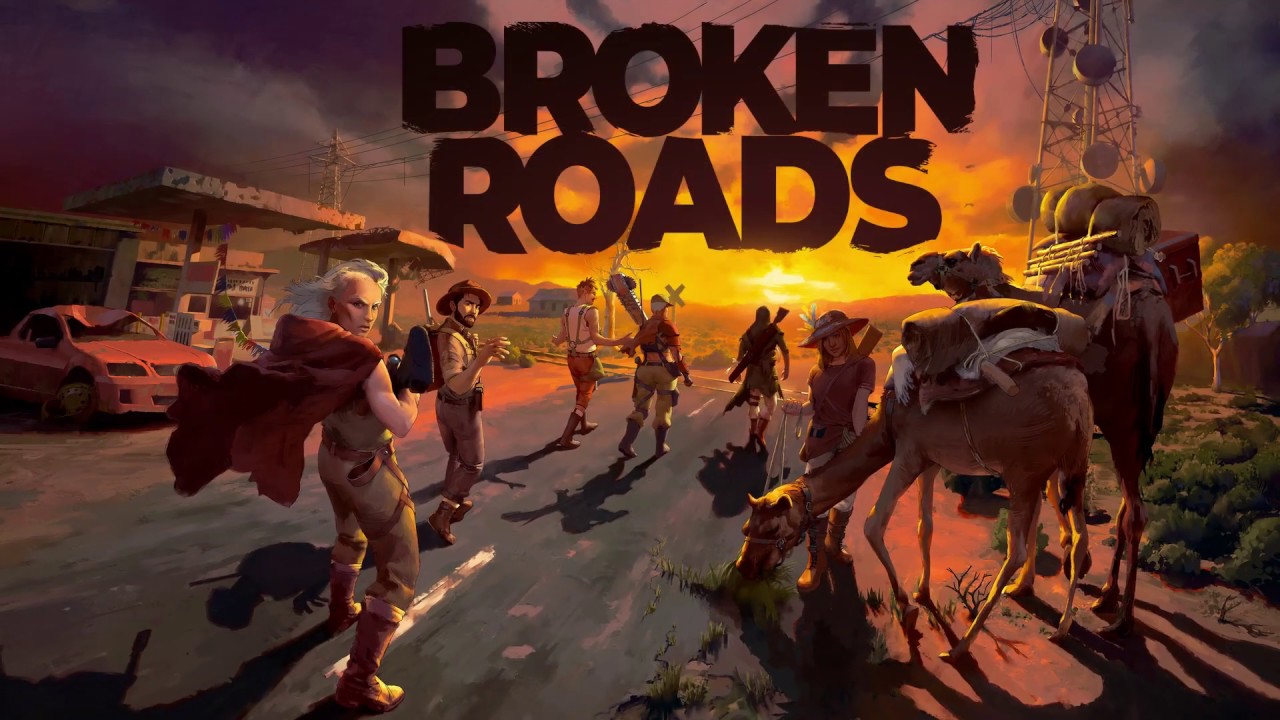 One of my favourite parts of wandering Melbourne’s cavernous Exhibition Centre at PAX Australia  is sampling the many indie titles on offer. Projects both big and small from talented and passionate devs are crammed wall to wall in the PAX Rising section, and the best part of my time at PAX is spent flitting from booth to booth and bending the ear of the devs who’ve come to show their wares. One game that caught my eye was Broken Roads, from Drop Bear Bytes. While their spiritual home is Torquay, Victoria, the multinational team comprises members from South Africa, Canada and China, and Broken Roads represents their first foray together.

Broken Roads is described as a traditional RPG, and its similarities to games like the original (and superior) Fallout titles and Shadowrun are immediately obvious. The post-apocalyptic setting, isometric view, turn-based combat, satirical humour and skill points are all here, but for the first time, ‘here’ is outback Australia. Mad Max proved that post-apocalyptic Australia is a compelling place, and talking to one of the devs it’s clear he wants to leverage that distinct Australian flavour. Will I be able to take my thongs off and use them as a weapon while chugging a Foster’s for a stamina boost? Will there be fiery bird creatures I can throw rocks at so I can literally stone the flamin’ galahs? Who knows? But the potential is huge.

It’s likely to be a bit more subtle than that, and the dev was quick to point out the moral compass system they were implementing. Far from the polar choices we sometimes see in RPGs (press A to push over a blind person or press B to cuddle a fluffy bunny), Broken Roads wants to present you with moral conundrums and get you to properly roleplay a given philosophy. Your actions will align you with the philosophies of Utilitarianism, Nihilism, Machiavellianism and Existentialism, and your alignment gives you access to specific perks, traits and conversation options. Humans are not one-dimensional of course, and the dev told me you can straddle 120 degrees of the moral compass (see below) if it pleases you. It’s a unique twist on class-based and moral-based progression, and if well integrated could be a real winner.

The Wheel of Moral Fortune

The game is currently being developed for Xbox One, PlayStation, Switch and PC, and is scheduled for a 2021 release. The dev hinted that early 2020 might see a demo become available, and we’ll update you as we hear more about this intriguing title.