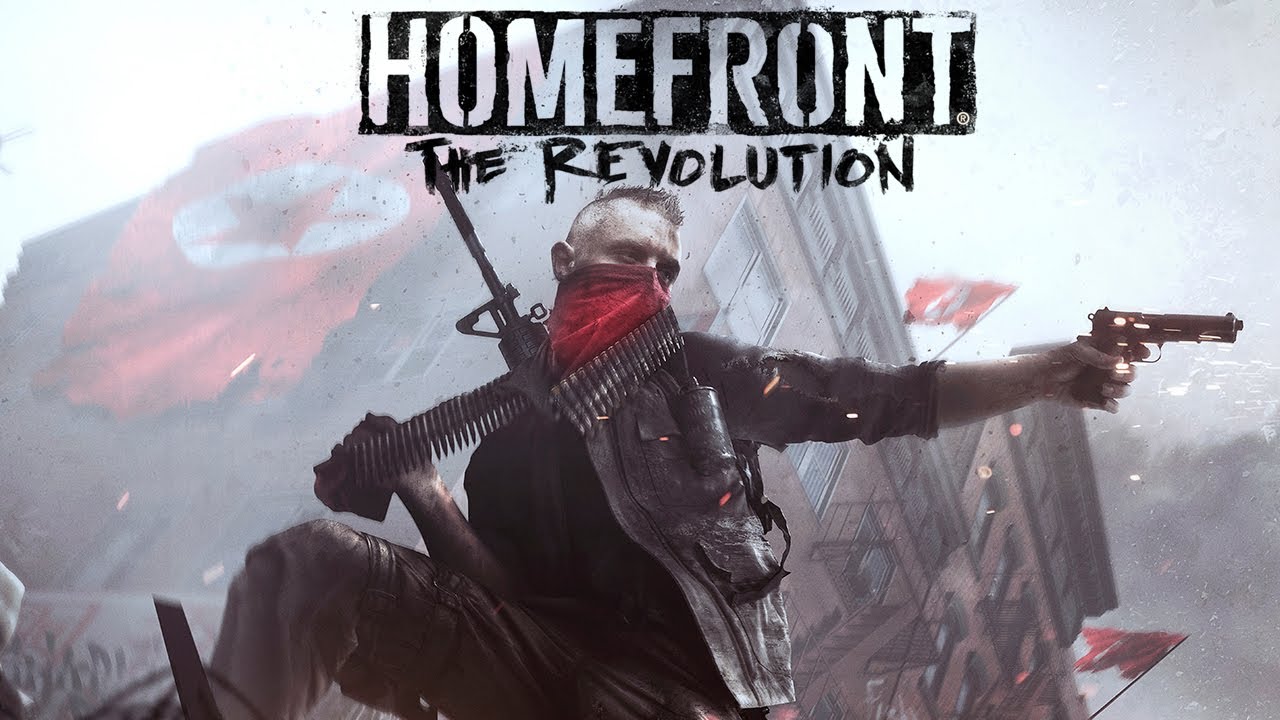 In 2011 THQ and Kaos Studios released the linear first-person shooter Homefront. For those that don’t know the story of Homefront, here is a quick synopsis:

The game is set in the year 2027 on the western coast of America. The western states have been occupied by the Korean People’s Army (KPA), the muscle of the Greater Korean Republic (GKR). The events that led to the invasion began around 2013, when leaders of North and South Korea joined forces to create the GKR, a global financial and military superpower.

No longer the home of the free

Over the years leading up to the invasion of America in 2025, the GKR’s presence had spread throughout Southeast Asia; the American financial system had collapsed and the Asian bird flu epidemic had claimed millions of lives in the US, forcing citizens to immigrate to neighbouring Mexico. Mexico had become overwhelmed with immigrants, which forced the Mexican government to restrict the amount of citizens allowed into the country.

In 2025 the GKR activated an orbital weapon that destroyed most of America’s electrical infrastructure, leaving the nation in mayhem and opening the door for the GKR to invade and take control of the western states of the country.

You play as Robert Jacobs, who wakes up to find his town in Colorado being seized by the KPA. Jacobs is ordered to relocate to a re-education camp along with other members of the town. The bus transporting the civilians is ambushed by American resistance fighters, helping Jacobs and other members escape; some such as Jacobs join the resistance and this is where the game begins.

You fight your way through suburbia and eventually end up on the Golden Gate Bridge for the game’s final showdown.

Overall, Homefront had a very intriguing premise with satisfactory gameplay, but the campaign was criminally short.

So it was good news when it was announced that due to THQ’s collapse, German company Crytek had acquired the IP’s rights (they had been already been contracted to develop the sequel prior to THQ’s demise). The sequel, Homefront: The Revolution, was announced just prior to E3 in 2014; it was being developed by Crytek UK and co-published by Deep Silver for PC, PS4, Xbox One, Mac and Linux. The game was described as an open-world FPS that would be set in Philadelphia, containing both single player and co-op modes and would have very little ties to the original. The release date was set for 2015. Here is a stage demo from E3 2014:

Shortly after E3 2014, Crytek were reported to have financial concerns. As a result the IP was sold on to Deep Silver and the majority of developers from Crytek UK were transitioned to the newly founded Deep Silver-owned Dambuster Studios, who were now the development team behind the project. The title was delayed until 2016 and very little information had been announced since the Deep Silver acquisition, until the game surprisingly appeared during the Xbox Gamescom presentation this week. It appears that not much has changed since the sequel’s first reveal just over twelve months ago.

The game is set four years after the GKR occupation occurred, in a dystopian, open-world city of Philadelphia. You play as Ethan Brady, a member of a growing resistance cell trying to slowly take back control of the city. Because the KPA have heavily populated the region and have access to much more sophisticated and powerful resources, your best chances of survival and success is through strategic guerrilla tactics.

The open-world is split into three different zones that the KPA have set up. There are yellow zones, which are akin to ghetto areas, red zones, which are decrepit areas that have a minimal KPA presence, and green zones, which are the landmark areas of Philadelphia, which house the KPA and its headquarters.

Players will have the ability to craft and customise items from components found throughout the expansive world. The story itself will be a single player experience but there will be side-missions and a 4-player multiplayer mode included.

A multiplayer beta will be held towards the end of 2015, exclusively on Xbox One.

Here is the trailer and gameplay video from Gamescom 2015:

Personally this is close to the top of my most wanted for 2016. I just hope this time around the developers deliver on the potential that the unique premise is simply loaded with. The decision to go open-world is a very good move, players want to be able to explore the worlds created for them, especially in a universe as interesting as Homefront’s. The only concern is that open-worlds can be bloated with repetitive side-quests to simply lengthen the games playtime. In this regard, the separation the single player campaign creates to single player and multiplayer side quests could alleviate those concerns. All in all Homefront: The Revolution is looking mighty impressive and just might be the urban open-world shooter we’ve been waiting for.

Do you have high hopes for Homefront: The Revolution? Let us know in the comments.