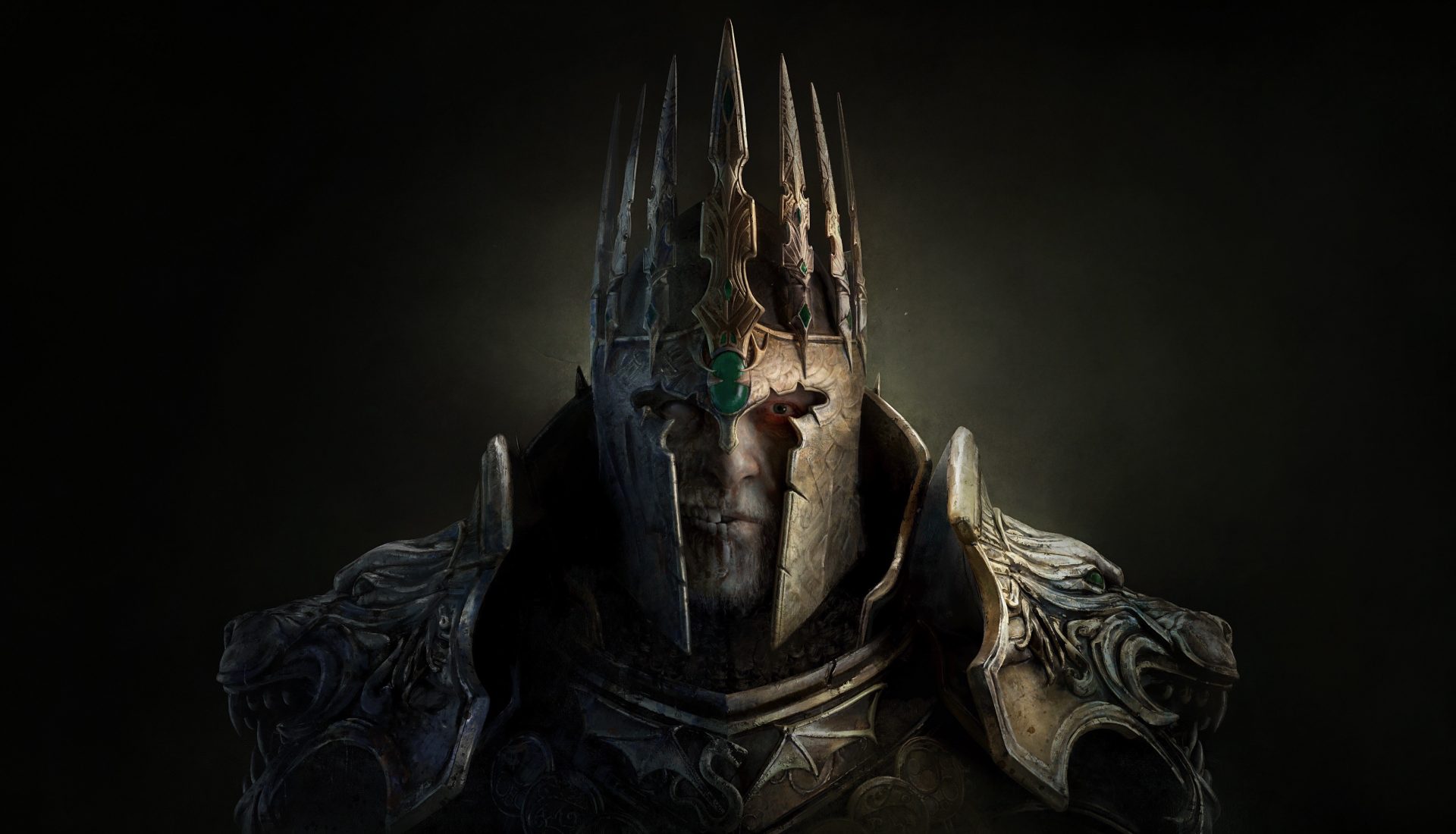 The dust has settled and some time has passed since King Arthur perished in a war against the felled leader of monsters and magic, the Dread Knight Sir Mordred and the lords of winter. Arthur and Mordred have now been resurrected by The Lady of the Lake. The undead King Arthur has split his soul across many monstrous beings and is on a chaotic quest across Avalon. In a turning of the tables, our protagonist Sir Mordred is the anti-hero to take up arms and unite Camelot against the rogue former king. This Britannia lies in ruins and is ravaged by the undead, bandits, and hostile creatures. We now undertake a needlessly dark and edgy epilogue to the last great battle for Britannia. Our mission in King Arthur: Knight’s Tale is to kill Arthur all over again.

Neocore pushes the lever to max on the grimdark atmosphere in the dreary and grey sense, but this is really just set dressing on an XCOM-like tactical action title. Dark and edgy fantasy games are a dime a dozen in 2022, and this Knight’s Tale trips over itself trying to ply itself to the medium. Take for instance a questline that occurs in the second act where a character flags down my party of four characters to request assistance. Her character runs up from a sideroad, a quick dialogue exchange occurs where she explains that a rape has occurred against her daughter, and then pleads us to slay those responsible. There is no resolution or emotion in the dialogue vomit, and the character’s whole context leaves as quickly as it appeared. There is no shortage of branching dialogue boxes that often have no meaningful variation, and the dialogue is almost always regarding events and characters we are unlikely to encounter beyond the hundredth uniform battle against another dozen identical bandits.

Fans of Neocore’s past King Arthur strategy titles know to expect an endearing yet wonky AA experience. The heavy amount of dialogue is accompanied by comically inconsistent voice acting and editing. The game looks rough and runs worse, but its creative reimagining of old school tactical dungeon crawling design allows it some janky, old school charm. Golden exclamation marks hover over the milkmaids and generic peasants to dump some side quest text at you, often requiring nothing more than mopping up all the mobs in the given level or interacting with an obvious object. The levels are usually a small square zone with a couple of branching paths that lead to a final battle, with exploration being little more than lifting the fog of war and maybe finding a buff or healing campfire.

For a game with such bland visuals, audio, assets and animations, the 120GB install is shocking. The slow loads and required save scumming to avoid bugs and bad decisions mean this is a huge drain on even your best solid-state drive. Knight’s Tale is also a wobbly, technical mess. Not only do menus and buttons frequently stop responding with an Xbox controller, the camera and movement clicks and stutters to a nauseating degree with a keyboard and mouse. If there is any frequent particle activity on the screen, such as blowing leaves, the framerate grinds to a slideshow slowdown. The framerate barely holds it steady on the overworld map and dances the jaggy jazz the rest of the time.

You will have a variation of this conversation with each of Arthur’s undead knights, before they swiftly turn against him

Despite the rough edges, there is a lot of game for the right person to sink their teeth into here. However, the overworld game outside of exploration and combat consists of menus that have little use most of the game. The bewildering morality system, loyalty systems, the meaningless facility caretaker system, and the list goes on. Despite making for some pretty ambitious, albeit vague bullet points, this is not offering a Crusader Kings emergent experience but rather smells of stretch goal overpromising. These systems have little-to-no purpose for half of the game beyond borrowing from Darkest Dungeon’s town management but are likewise easy to navigate and ignore.

The gameplay steps up its tactical challenge deep in the second act, or around the 20-hour mark. Once you fill your round table of 12, Camelot’s town management-lite side-game comes to life. The many long missions cause characters to incur permanent injuries, which means having to sideline your best players in the hospice while they recover. Suddenly the pool of healthy, available heroes starts to rapidly dwindle and there may be no reserves once the overwhelming hordes of enemies start claiming your knights’ lives.

Everything up until that point could be generously considered a bloated tutorial. Hours of repetitive battles and unrewarding exploration, only to get back to Camelot and find none of your ‘moral’ decisions are close to having any impact on the morality unlockables chart. Worse still, the stingy reward system means you’re barely seeing any upgrades or meaningful use out of your kingdom until combat starts to clinch in the third act. Knight’s Tale’s illusion of choice has little recognisable story impact beyond referencing random events that tie into other off-screen events you have long lost interest in.

As the combat is styled like XCOM, this means your squad take turns exhausting their pools of action points to move around a grid and perform combat actions before the enemy takes their turn to do the same. On more than one occasion, I would reach a crucial fight against some zombified Lost Ones or bandits, who often have ranged units in the rear. As the fight neared its end, the ranged enemies would retreat to the outer boundaries of the combat zone. My knights would be invisibly walled into a smaller zone within that battlefield, meaning the enemies have greater field mobility that allows them to escape my melee reach and snipe me from afar. I had to restart an entire 45-minute level due to having a squad with no ranged units, who are finite and few in the game and typically not essential. Little design frustrations like this crept up frequently throughout my run.

Too often the difficulty boils down to picking-off overwhelming hordes of frustrating, gimmick enemies

Oh yes, this game has a rogue-like ‘run’ philosophy bastardised from XCOM too. When your knights die, they are permanently buried in the crypt of Camelot. Progress may see a few new characters join the court, but this is prescribed. Lose a handful of units to a glitch, cheap death, or poorly explained dialogue option, then you could be forced to restart your game if you cannot make up a full squad for the later quests. Having to start a new game and run through dozens of hours of repeated quests and battles fails what worked for XCOM – an emergent new journey punctuated by random events, battles, and units.

King Arthur: Knight’s Tales comes very close to being perfectly average. None of its many ambitious systems ever come close to reaching their Kickstarter campaign potential. The game looks and plays likes it’s ten years old and moves as steady as rusted plate armour. Yet for those accepting of Neocore’s jank and dated, shallow imitations of better designs, there are dozens of mindlessly enjoyable hours here. 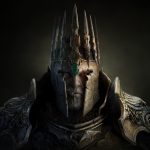 King Arthur: Knight’s Tale Review
Tainted Grail
Bloated, buggy and with its best ideas in the back half, Neocore's grimdark tactical King Arthur spin-off is halfway decent might and magic.
The Good
Tight tactical combat in second half
Managing late-game Camelot is tough yet rewarding
The Bad
Frequent bugs and performance hiccups
Lack of thoughtful pace or difficulty
Comically inconsistent voice acting
Slow, unrewarding exploration
6
Has A Crack