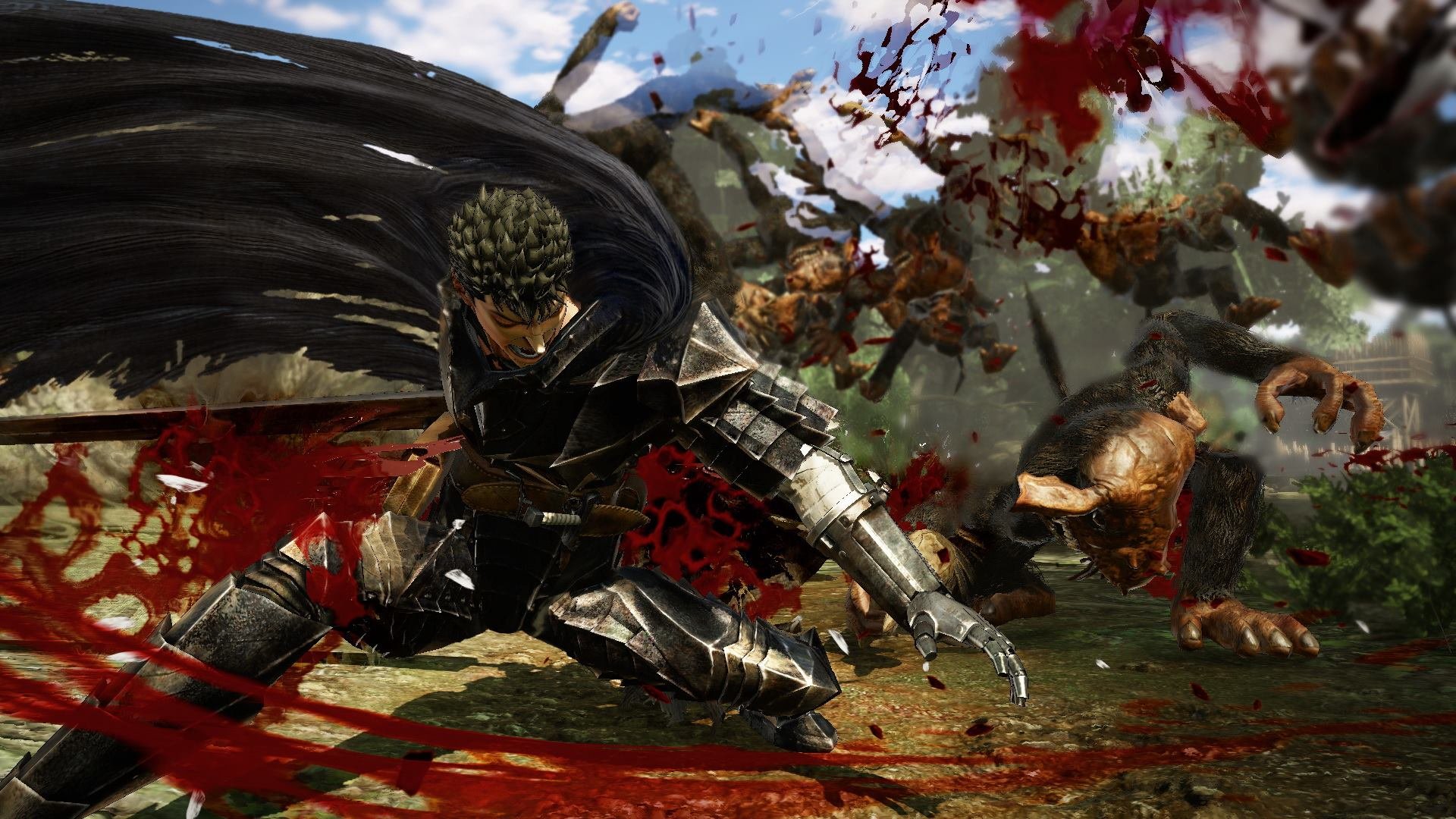 Koei Tecmo has announced the on-site games line-up for the upcoming Tokyo Game Show. From the 15th until the 18th of September, Koei Tecmo Games will be exhibiting an exciting and robust line up in Tokyo, complete with hands-on demos, game presentations, and brand new trailers!  This will include a number of titles already confirmed for western release, as well as previously unannounced titles that will reach the west within 2017.

Berserk (working title)
Omega Force’s interactive entertainment adaptation of one of the most brutal and unrelenting anime and manga titles will be available to visitors for a hands-on demo for the first time! Slated for release on the PlayStation®4 computer entertainment system, and digitally for the PlayStation®Vita handheld entertainment system and Windows PC via Steam®, the game will closely follow the events of the most well-known story arcs from the iconic manga’s narrative, focusing on the daring and heroic life of Guts as he cuts his way through a sinister realm of magical and demonic fiends. Berserk fuses the signature ‘one versus thousands’ style action of the long-running Warriors franchise with the grim and gruesome atmosphere of the world of Berserk. As players harness the power of Guts’ Great Sword and utilise the swift and agile swordplay of Griffith to slash and smash through hordes of enemies, players familiar with the Warriors series will be able to feel the difference in gameplay through the way each character handles combat. The game will also incorporate various battle mechanics to better bring the world of Berserk to life, such as Magic and Transformations.
NIOH
Coming strong from a successful second Beta demo, Team Ninja’s dark fantasy, Action RPG title will be available for hands on at the Koei Tecmo booth, featuring new content, including a brand new stage, set to challenge even the most adept players! Blending a compelling narrative loosely based on the tale of the first western samurai, William Adams, with a myriad of strange supernatural creatures from Japanese folklore (Yokai), players of Nioh will discover a diverse and comprehensive world dripping with history and lore, and face off against other samurai in epic sword battles. Nioh is guaranteed to challenge players in a way that makes every mission feel earned and their accomplishments worthwhile. Nioh is in development exclusively for the PS4.
TOUKIDEN 2
Koei Tecmo is pleased to announce the return of the popular demon hunting RPG title ‘Toukiden’, with the western release of its second installment in early 2017. Taking Oni-hunting to a brand new level, Toukiden 2 introduces an open-world environment filled with strange life forms, empty ruins, unexplored caves, and fearsome Oni.
Players will be called to take the mantle of a Slayer, charged with the task of defending humanity’s last remaining villages from the supernatural threat of Oni. Taking all types of shapes and sizes, these demons creep out of dark rifts in space and time and prey on mankind. Warriors from the ancient secret cast of the Slayers are the only ones equipped to stop them! Platforms, release date and further information on the western release of this title will be available in the following weeks.
ATELIER FIRIS: THE ALCHEMIST AND THE MYSTERIOUS JOURNEY
Gust continues its trademark ‘Atelier’ series with the follow-up to ‘Atelier Sophie: the Alchemist and the Mysterious Book’. The second part of the ‘Mysterious’ trilogy, Atelier Firis, follows the journey of a young alchemist through an exciting and colourful world. While Firis travels, she learns more about synthesis and alchemy, meets interesting people, and amplifies the feeling of exploration with the immense expansion of the world map!
Atelier Firis: the Alchemist and the Mysterious Journey will be playable during Tokyo Games Show on PlayStation 4. More details on the titles will be revealed in the following weeks. To stay informed with future announcements please like us on www.facebook.com/ateliergames and follow us on twitter @koeitecmoeurope.
NIGHTS OF AZURE 2 (working title)
Following the success of the of ‘Nights of Azure’, which marked a darker direction for GUST, producer Keisuke Kikuchi returns to the demon-plagued world where players will follow the story of a young girl knight born from the blood of Arnice, the main character of ‘Nights of Azure’.
Nights of Azure 2 (working title) maintains the same JRPG gameplay elements adored by dedicated fans of the studio and expands this new franchise’s horizons with a riveting new storyline! This title will be on display in the Koei Tecmo booth at TGS.
SAMURAI WARRIORS: Sanada Maru (working title)
Omega Force is proud to announce the upcoming western release of a one-versus-thousand tactical action title focused on one of Samurai Warriors’ favourite characters: Yukimura Sanada. In this character driven epic, players will get a unique look into the Sanada clan’s inner workings before and during the 16th century conflict that drove two brothers to join opposite sides of a grand scale civil war.
In this article:atelier firis, beserk, koei tecmo, Nights of Azure, Nioh, samurai warriors, TGS, Tokyo Game Show